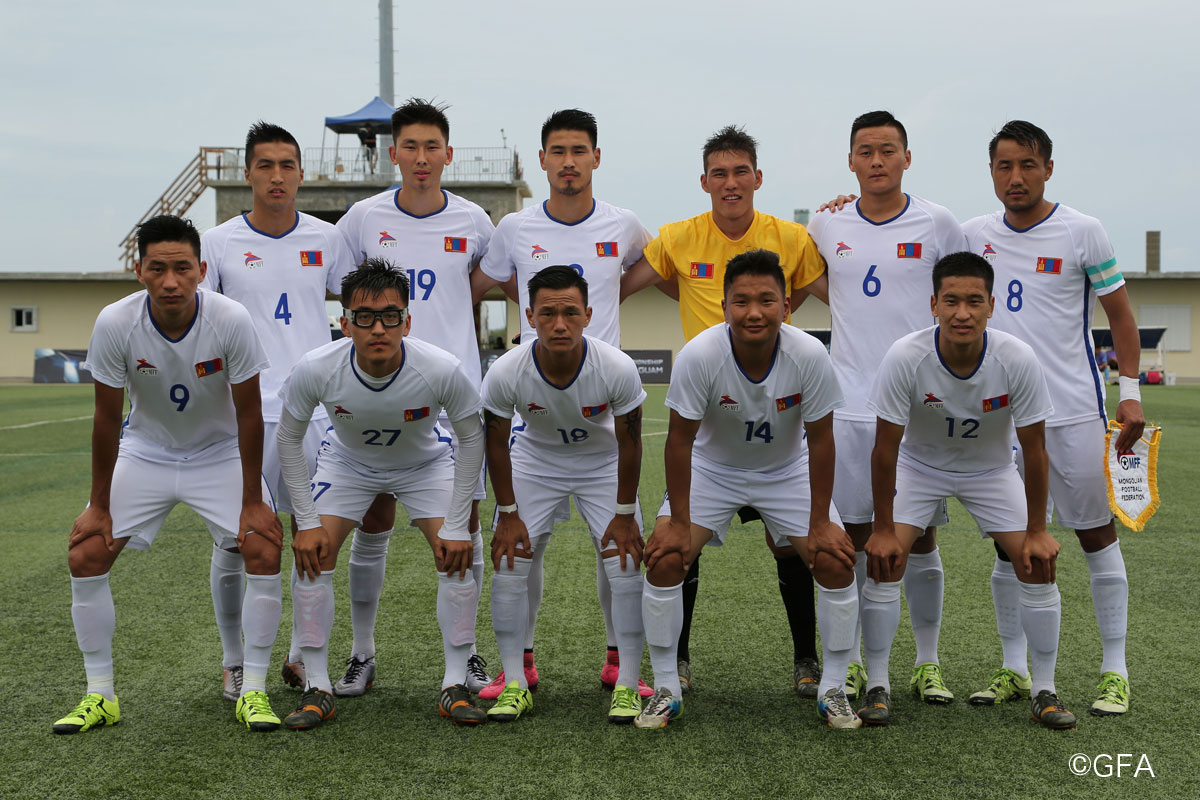 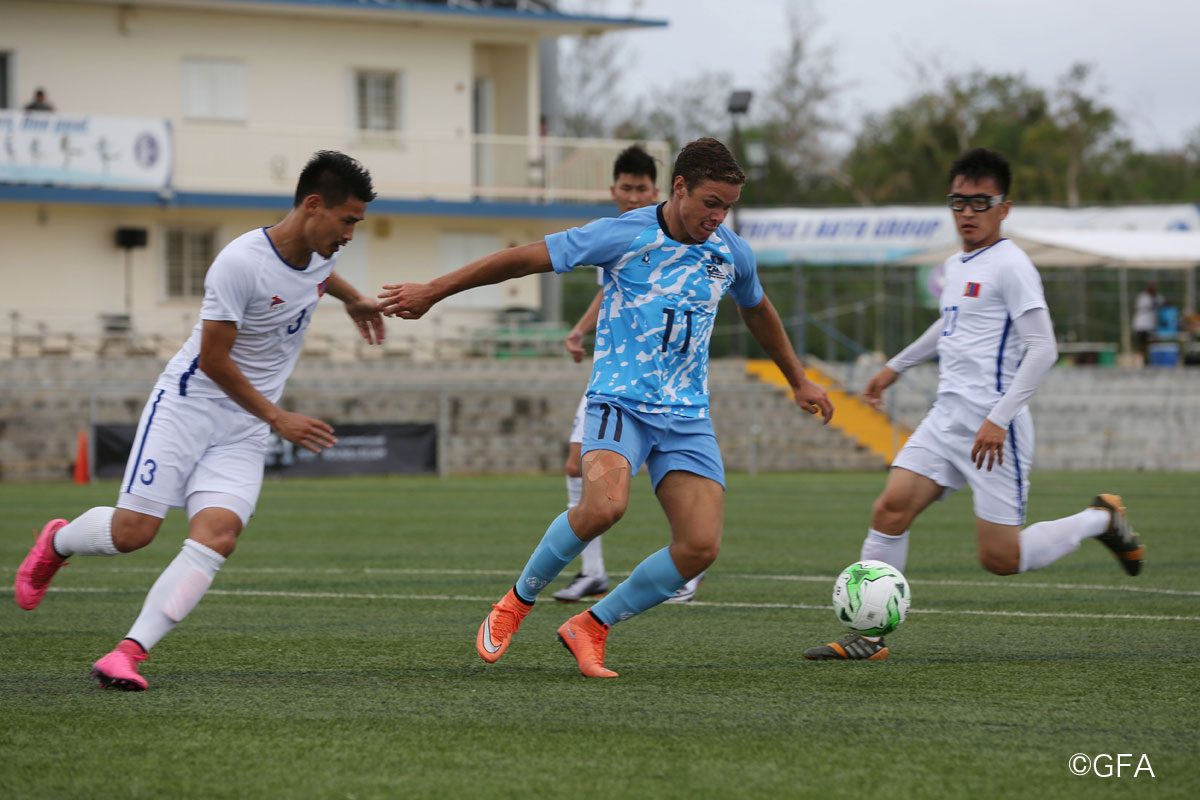 Northern Mariana Islands and Mongolia’s men’s national teams met at the GFA National Training Center in Guam in the fifth match of the EAFF E-1 FOOTBALL CHAMPIONSHIP ROUND 1 GUAM.

The game was played on a wet afternoon, and with both teams already eliminated, what was left at stake was the opportunity to clinch the first victory in the tournament.

After a relatively eventless start of the match in the 27th and 36th Bayarjargal Oyunbat scored twice for Mongolia from the spot, with both penalties conceded for hand-ball infractions. The Mongolian starlet changed the corners slotting home the first shot on the left and the second on the right of goalkeeper Kirk Schuler.

Mongolian League top scorer Naranbold Nyam-osor finally clinched his first goal of the tournament in the 40th minute, tapping in from short range after a great combination between Bayarjargal and Purevdorj Erdenebat.

Mongolia added a fourth into the last minute of the first half, as Turbat Daginaa jumped higher than all Northern Mariana Islands defenders to head home a corner kick taken by Oyunbaatar Otgonbayar.

In the 54th minute Naranbold turned into assist-man and set up Tuguldur Munkh-erdene for the fifth, then, only one minute later, the minute midfielder doubled his personal tally with a shot from 25 metres that literally burnt through Schuler's gloves.

Purevdorj added a seventh for the Mongolian with a powerful drive from outside the box in the 78th minute, and Tuguldur completed his hat trick right before the end of the match to give the Mongolian an 8-0 victory that in the end was worth the second place in the tournament.


COMMENTS
Northern Mariana Islands - Joel Fruit (#8, 17-year-old)
“In all three games, for the first 30 minutes we played quite well, but we need to improve our fitness, and the chemistry between the team-members as well needs to improve.

“We are a young team, we need to play more football and we hope to improve together”.

Northern Mariana Islands - Kiyoshi Sekiguchi (coach)
“Today we conceded two soft penalties, and it went downhill from there. It is a bit of a shame, because until then we were doing ok. All players gave all they got. I hoped that we would have been able to lose these matches with a smaller goal-difference, but we have a lot of young players.

“Some in the roster come from high school and are only 15, 16, 17 years old. They had the chance to play for their national team, and it was surely great for them. So, I hope that in the future they can make good use of this experience and improve. A strong national team is built upon young players”.

“We are not yet a FIFA member, but we are a full member of EAFF, it is great that we are given the chance to participate to this tournament, and I hope we can get more chances in the future to play in international competitions.”

Mongolia - Tuguldur Munkh-erdene (#18, scored a hat-trick)
“I am happy I scored three goals, but really it was thanks to my team-mates: the whole team played very well today”.

“Our manager asked to move the ball quickly in the middle of the pitch but also to use the flanks. Yes, today it all worked well, and it was a fun match to play”.

Mongolia - Battulga Zorigt (coach)
“We won 8-0 versus the Northern Mariana Islands, which is better than what Chinese Taipei did, as they won 8-1. It was our goal for this game, and it kept us motivated throughout the ninety minutes.

“We played only three games with these members, there is a lot more that we can do and we want to do, but today we moved the ball around well, we played good football and it was important for us to win this game.

“We lack international experience, so we want to play more of these matches and overall this has been a great experience”.