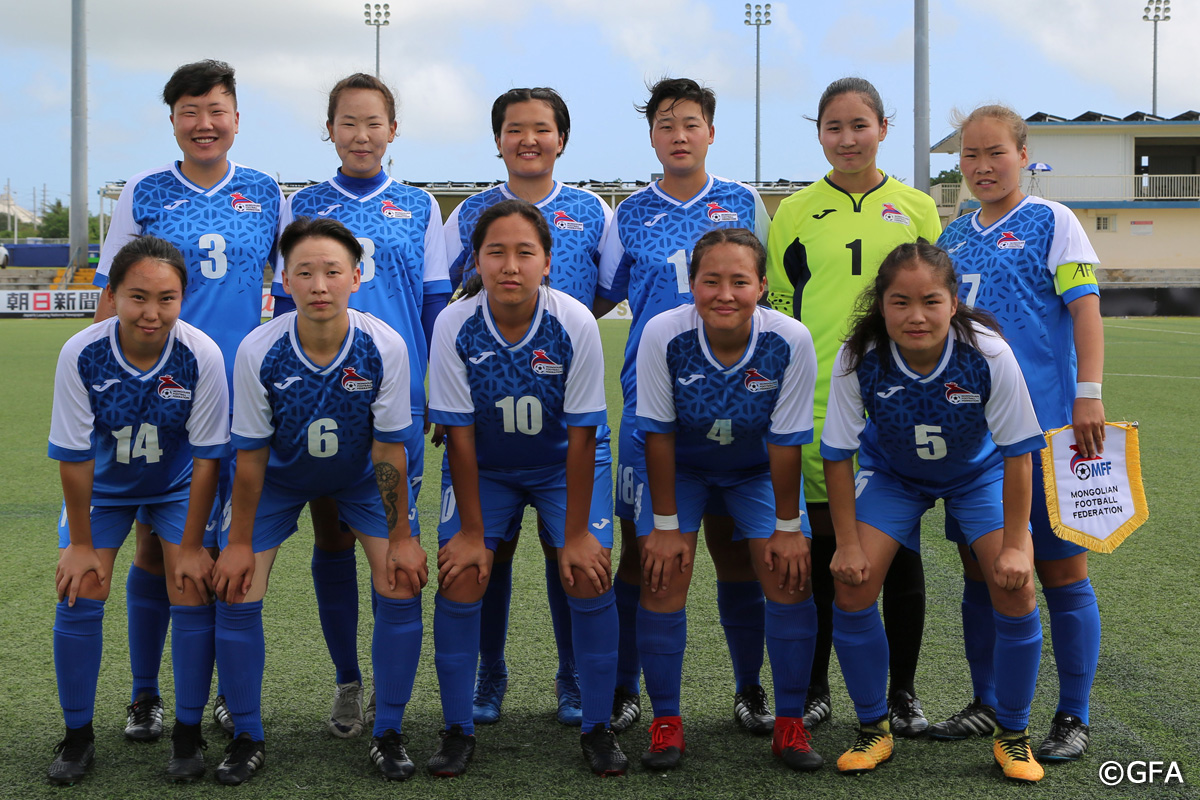 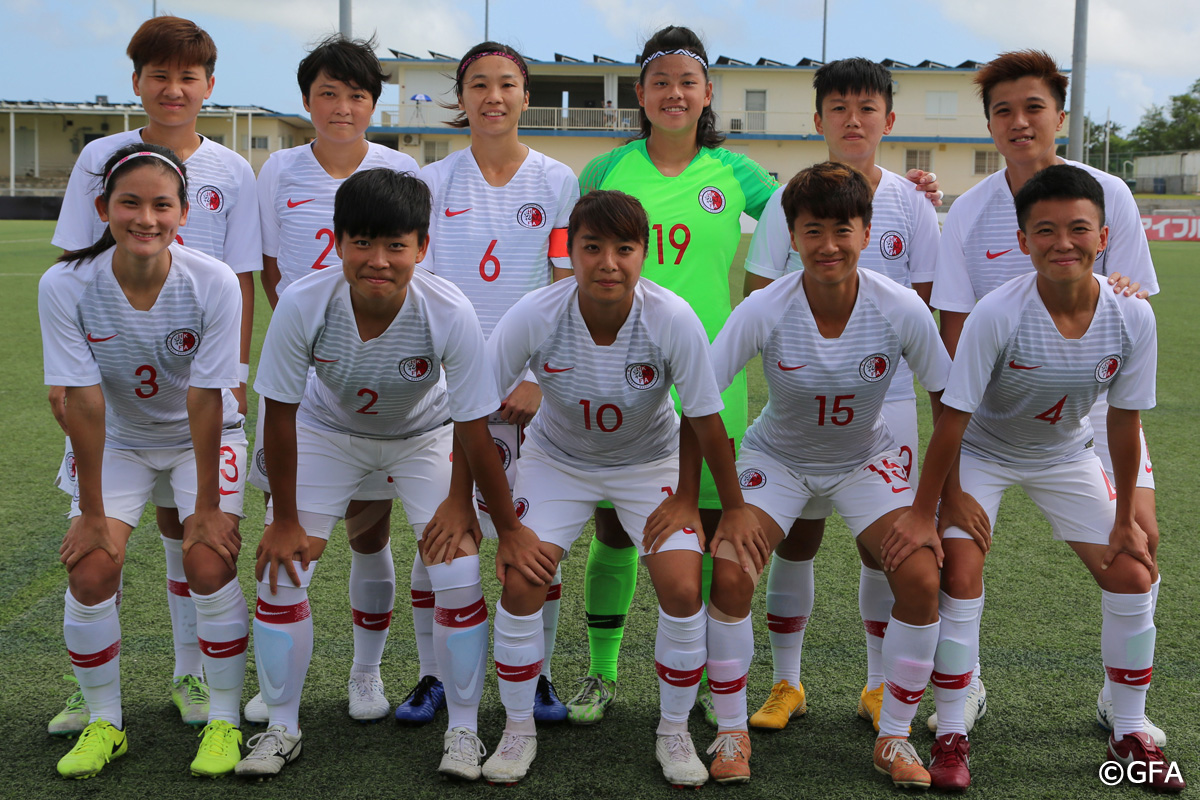 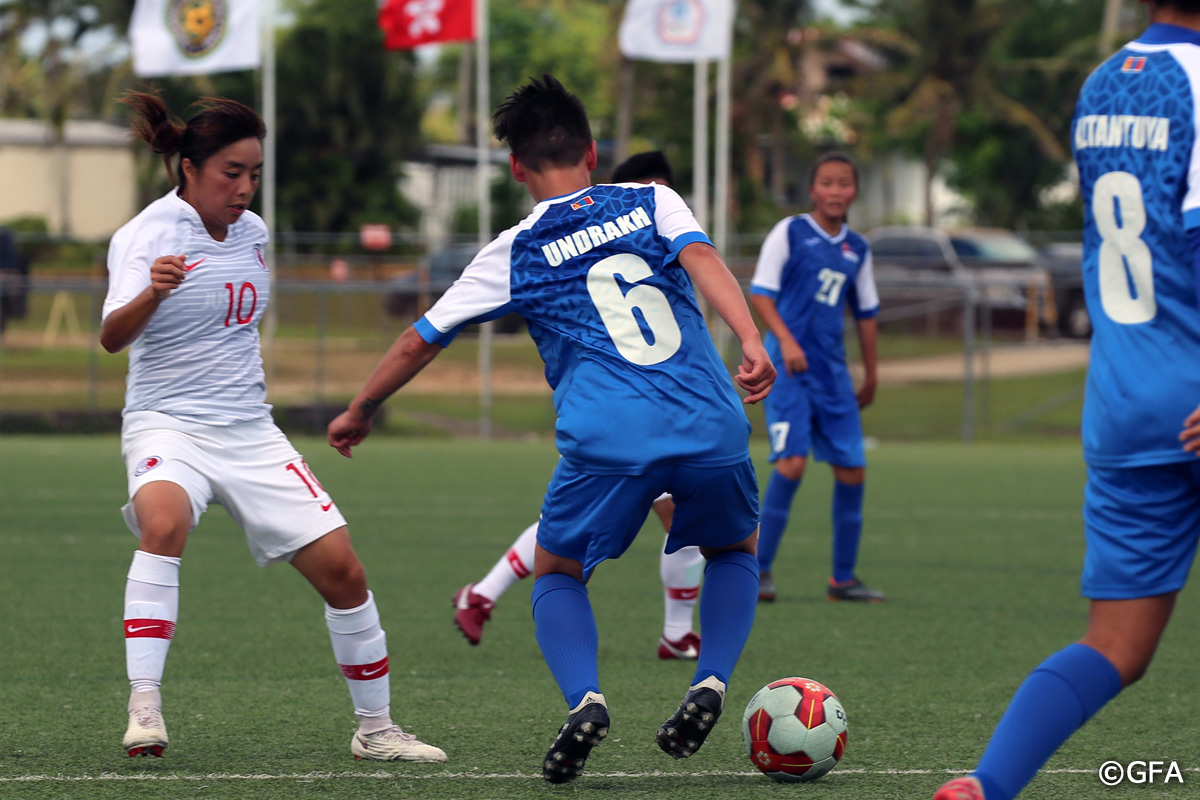 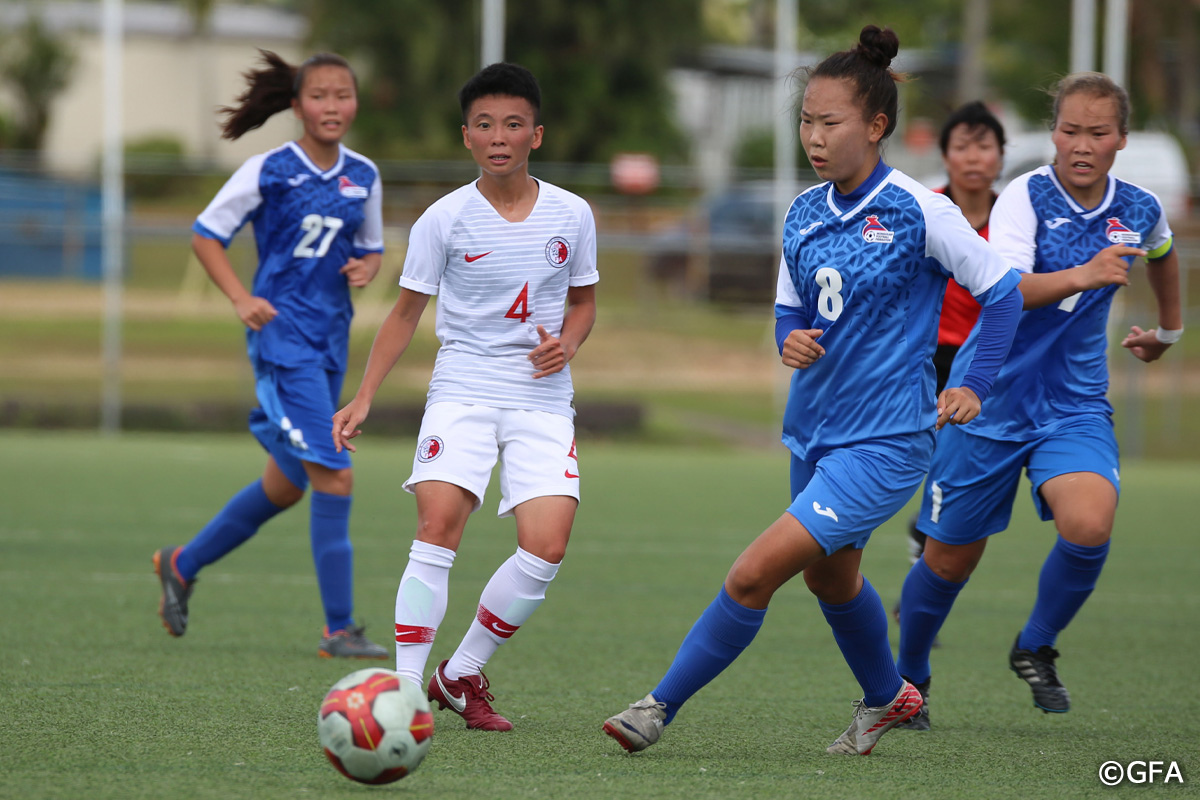 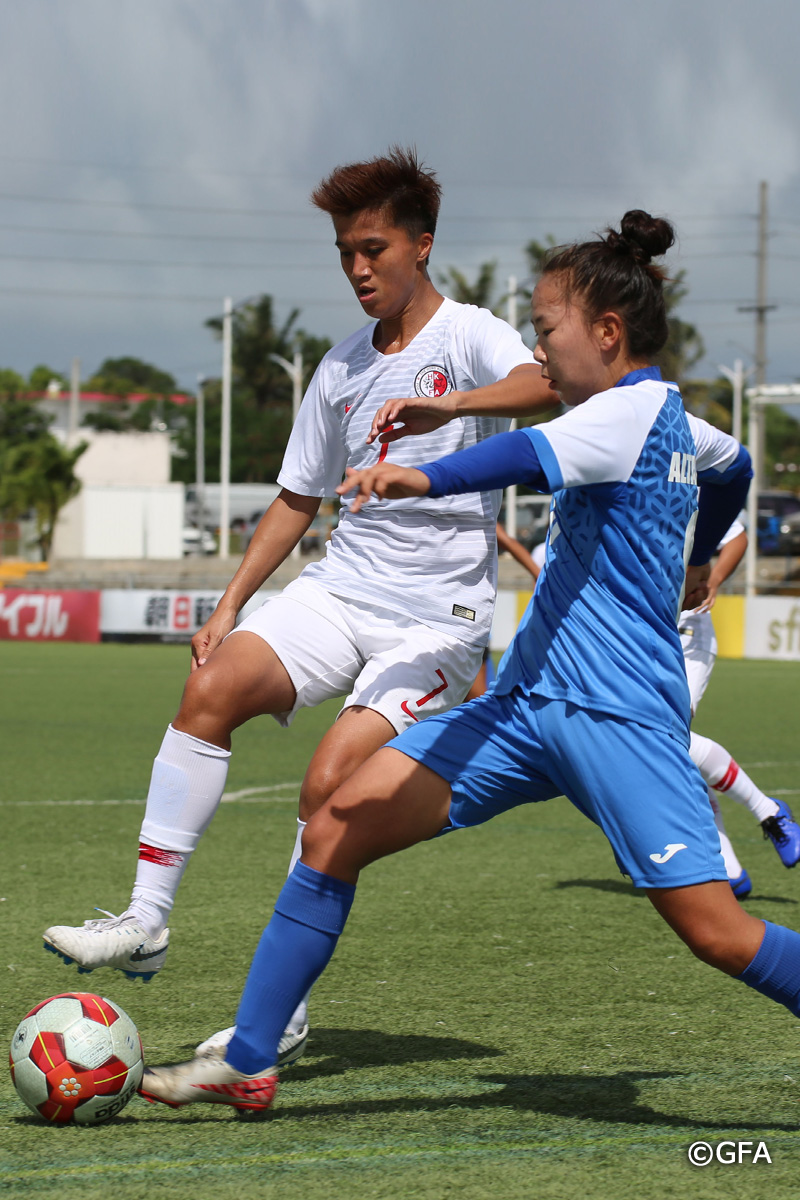 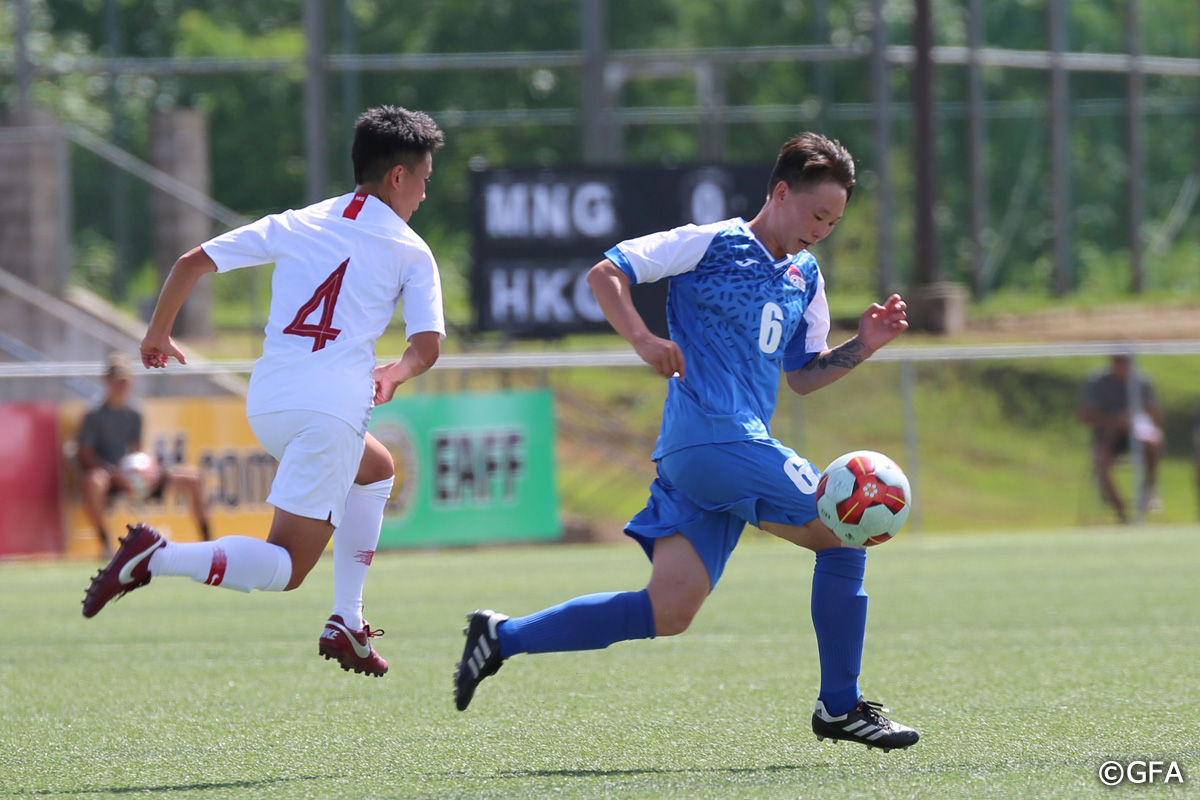 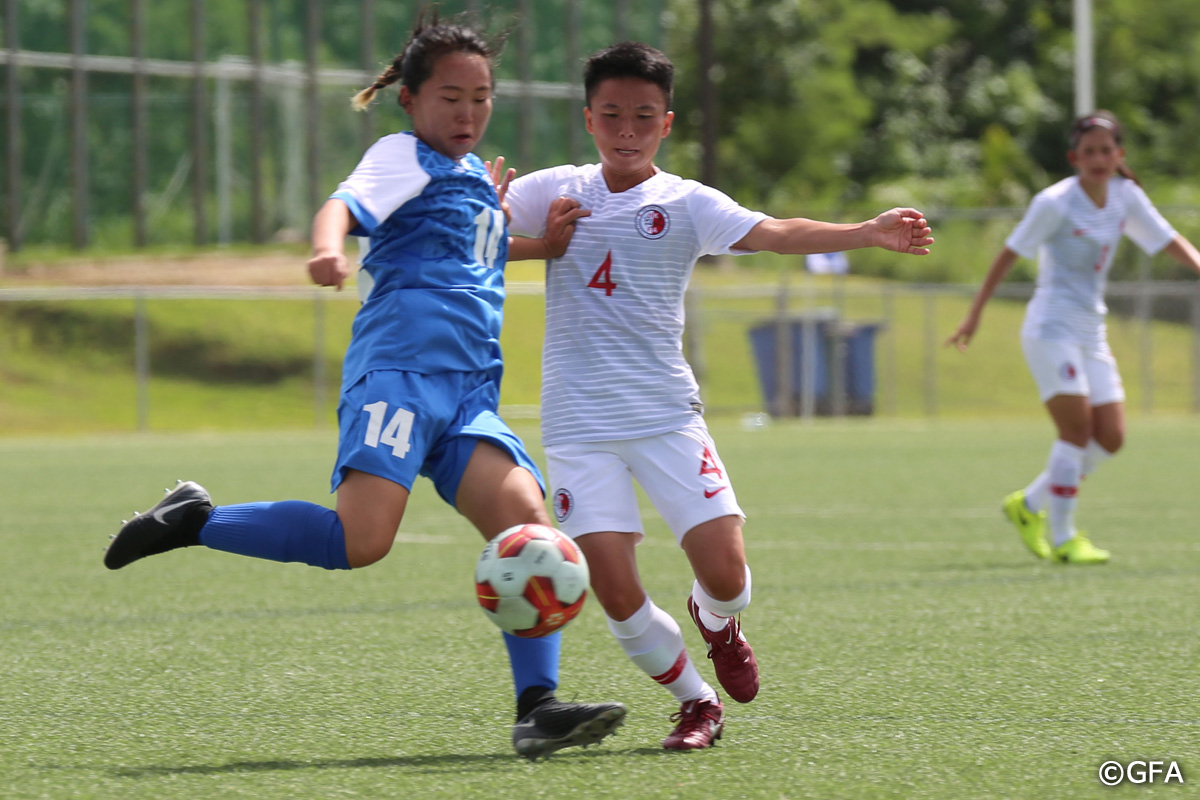 The last day of the EAFF E-1 Women’s Football Championship Round 2 started with the morning game between Mongolia and Hong Kong.

In the first half, Hong Kong dominated possession and created several chances. In the 18th minute, a well-placed shot by HOI DIK HEIDI YUEN from outside the box seemed destined to find its way to the goal but landed on the crossbar instead.

In the 25th minute, a quick combination with YUEN TING WAI set WAI KI CHEUNG up in front of the goal, but her shot hit the post and was cleared by the Mongolian defense.

Hong Kong finally took the lead in the 43rd minute when WING YAN KWONG curved a powerful shot from outside the box, netting Hong Kong’s first goal of both the game and the tournament.

Thanks to a team effort, Hong Kong added another just before the end of the half. A clever through-ball by captain WING SZE CHAN was picked up by WING YAN KWONG, who quickly darted into the box to control and flick the ball into the goal.

The third goal, and one of the nicest of the tournament, was scored in the 77th minute from an individual effort by WAI KI CHEUNG. After winning the ball wide on the midfield line, the Hong Kong striker beat ALTANTUYA ALTANSUKH with an intelligent touch that send the ball under the goalkeeper’s body and into the net.

WAI KI CHEUNG had one more chance before the end of the game, when her header hit the crossbar.

The game was dominated by a Hong Kong team that created and capitalized upon the scoring chances from their passing style.

Mongolia, a team with players with an average age of 18, ended the tournament with three defeats and no goals. However, they showed great improvement over the three games and will return home with a precious experience.

Interview with Mongolia Manager GANBOLD TSEDEVSUREN:
“We played our three matches, and we gained a lot of experience from this tournament.

“Now we return to Mongolia, where the temperature is -25c or -30c degrees. There is no way to practice outside. So the players, after a good rest, will train in the gym and play in the Indoor Futsal tournament until the weather becomes more clement, and we can return to train outside.”

Interview with Mongolia 2. UNDRAL, TUVSHINJARGAL:
“We were the less experienced team, and we have learned how hard it is to play at this level.

“I, for example, I am still very young, and at times I can’t read what the opponent attackers will do. We need to play more International games like these in order to improve.”

Interview with Hong Kong Manager JOSÉ RICARDO, RAMBO:
“Mongolia was very compact in the middle of the pitch, so we organized attacks from the flanks as well. It was very windy so it was not easy, but I am very pleased with the result.

“Our goals were very good, especially the second one came from a nice combination, but we must improve the speed of the passing to compete at a higher level.

“Today we scored three goals, but we could have had more. We need to keep working to improve the final phases, last pass and finishing.

“The defense did very well despite the fact that we missed some key players. It was very important to get the contribution of some new, young players as well.”

Interview with Hong Kong 27. WING YAN, KWONG:
“I was very happy with the goals, but both of them come from the hard work of the team. I am very glad that my goals could help Hong Kong to win today.”