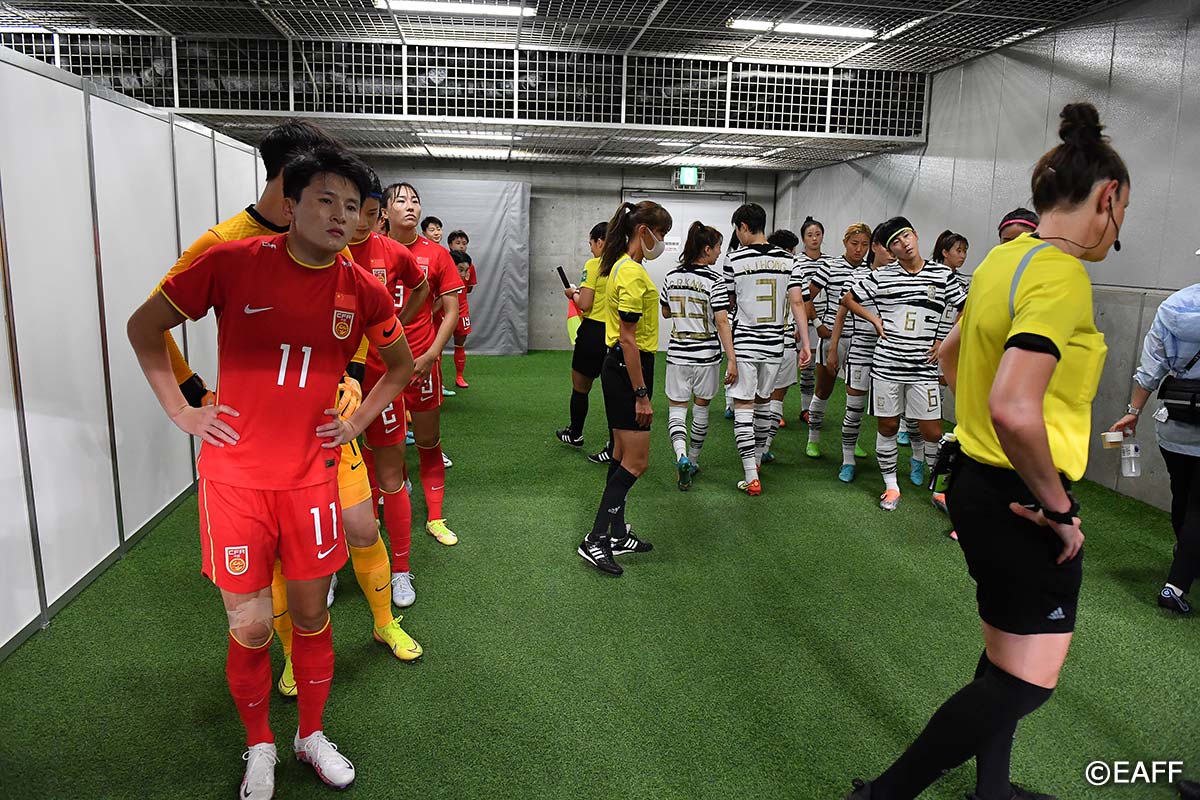 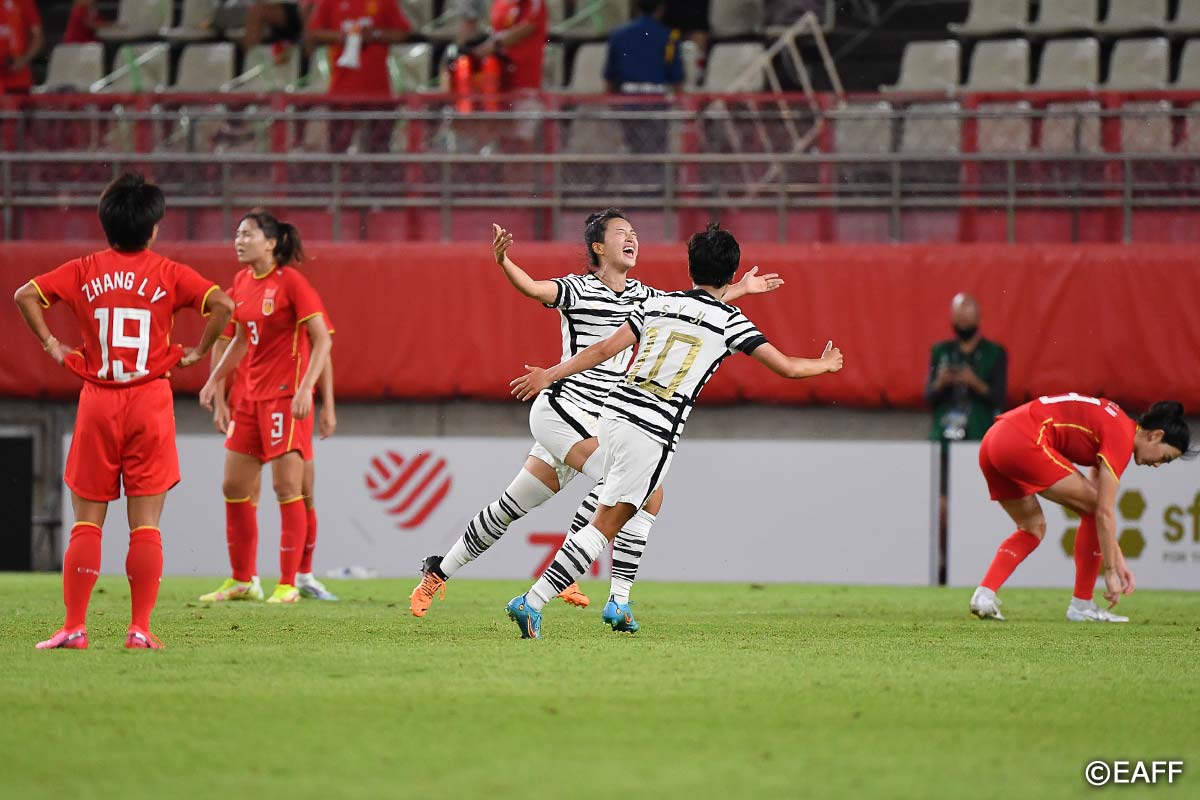 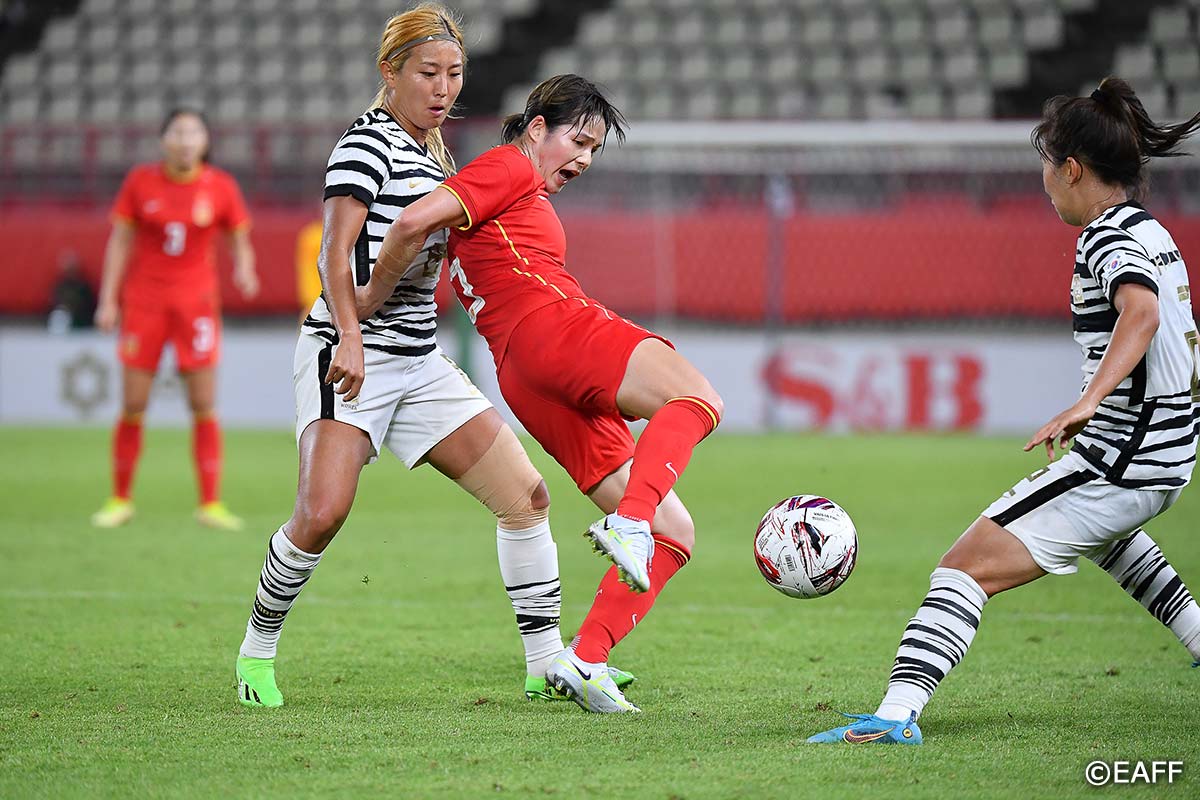 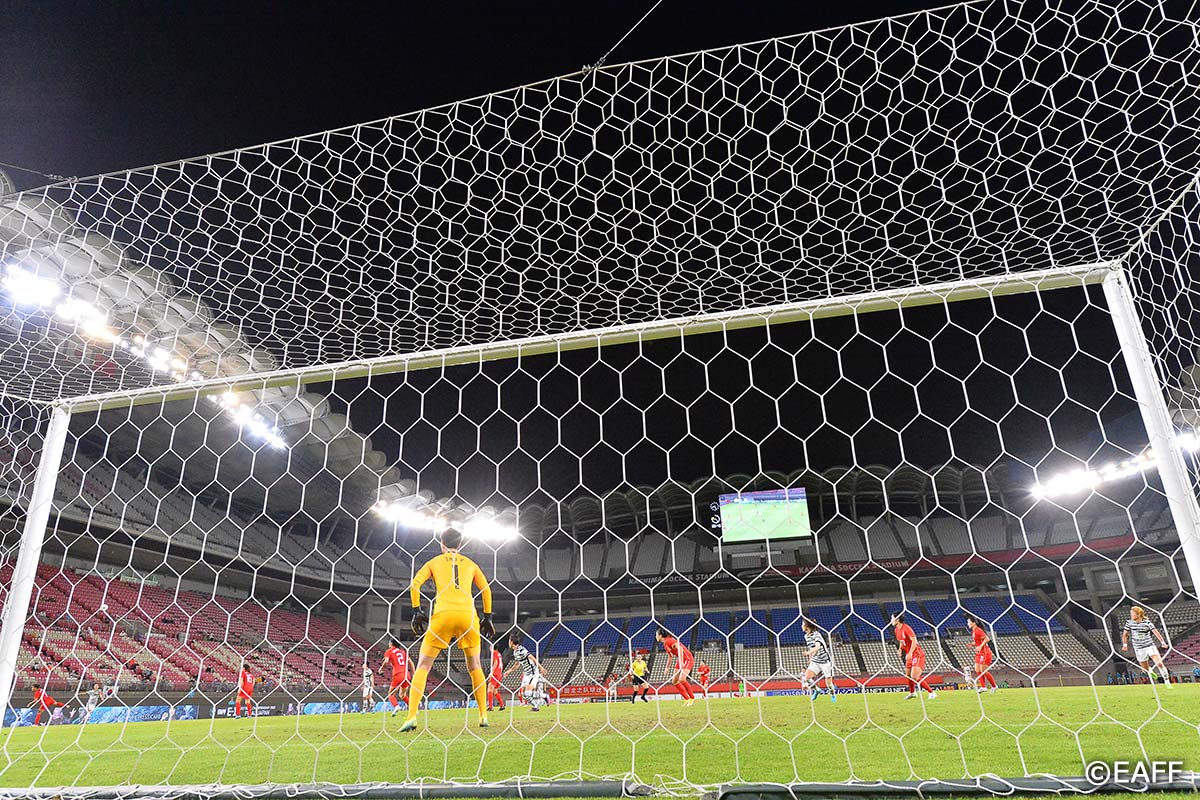 The second women’s match of day three of the EAFF E-1 FOOTBALL CHAMPIONSHIP 2022 FINAL JAPAN took place July 23rd at Kashima Soccer Stadium in Kashima, Japan, with Korea Rep. facing off against China PR.
Both teams struggled to start their offenses. In the 11th minute, China PR sent a long pass into the penalty area, but the ball was caught by Korea Rep. goalkeeper YOON YOUNGGEUL.
In the 29th minute, Korea Rep. captain KIM HYERI passed the ball near the penalty area to defender LIM SEONJOO, who could not capitalize off of an attempted header.
In the 34th minute, forward CHOE YURI received a pass from outside the penalty area and fired off a quick shot past China PR goalkeeper ZHU YU, putting Korea Rep. up 1-0.

China PR attempted to press the attack at the start of the second half. In the 47th minute, midfielder ZHANG LINYAN dribbled the ball into the penalty area, but couldn’t get a pass off to an open teammate. WANG SHANSHAN’s was finally able to fire off a shot, but it flew past the goal.
In the 55th minute, WANG SHANSHAN had another scoring chance in the penalty area, but missed the header. Korea Rep. had their own scoring chance during the 64th minute after midfielder JI SOYUN intercepted a China PR ball deep in their half, but her shot flew over the crossbar.
In the 76th minute, the China PR put a corner kick into the penalty area, Korea Rep. goalkeeper YOON YOUNGGEUL was able to make the initial save, but China PR XIAO YUYI grabbed the rebound and passed to WANG LINLIN, who put the ball in the back of the net to tie the game 1-1. Neither team could press their offense to score a second goal, and the game ended in a 1-1 tie.