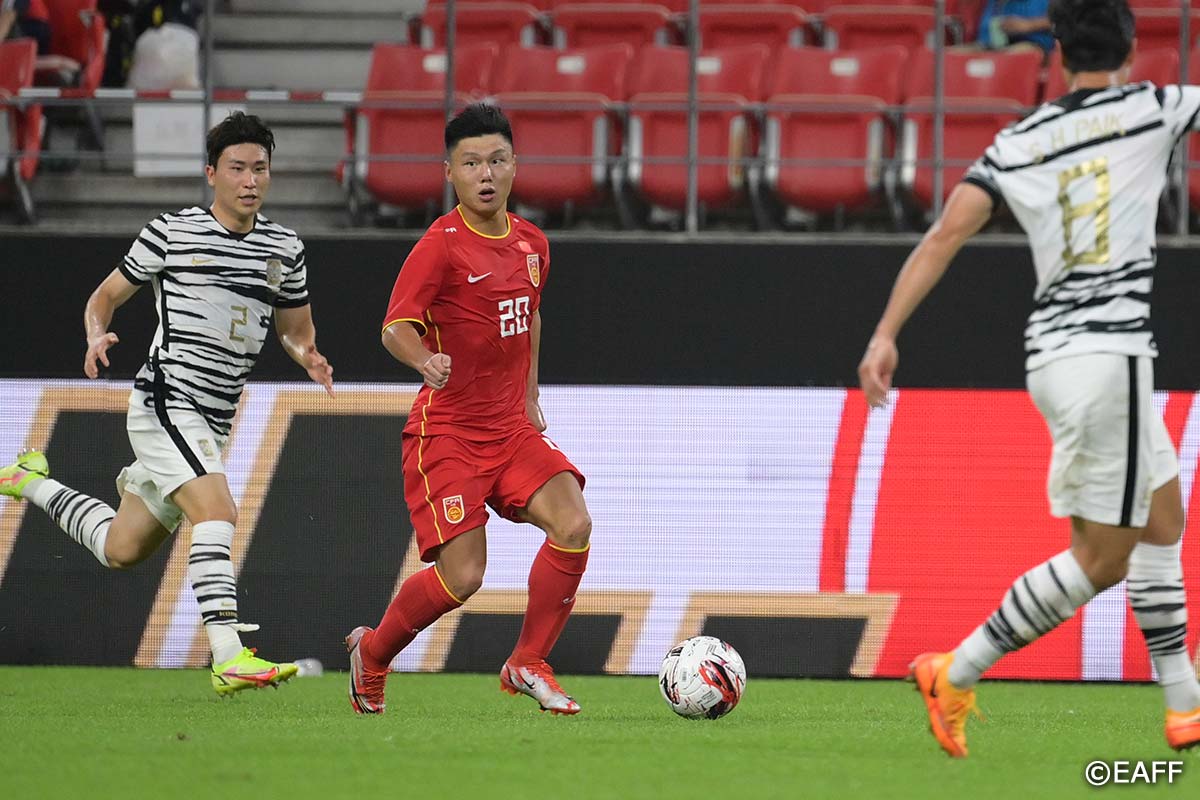 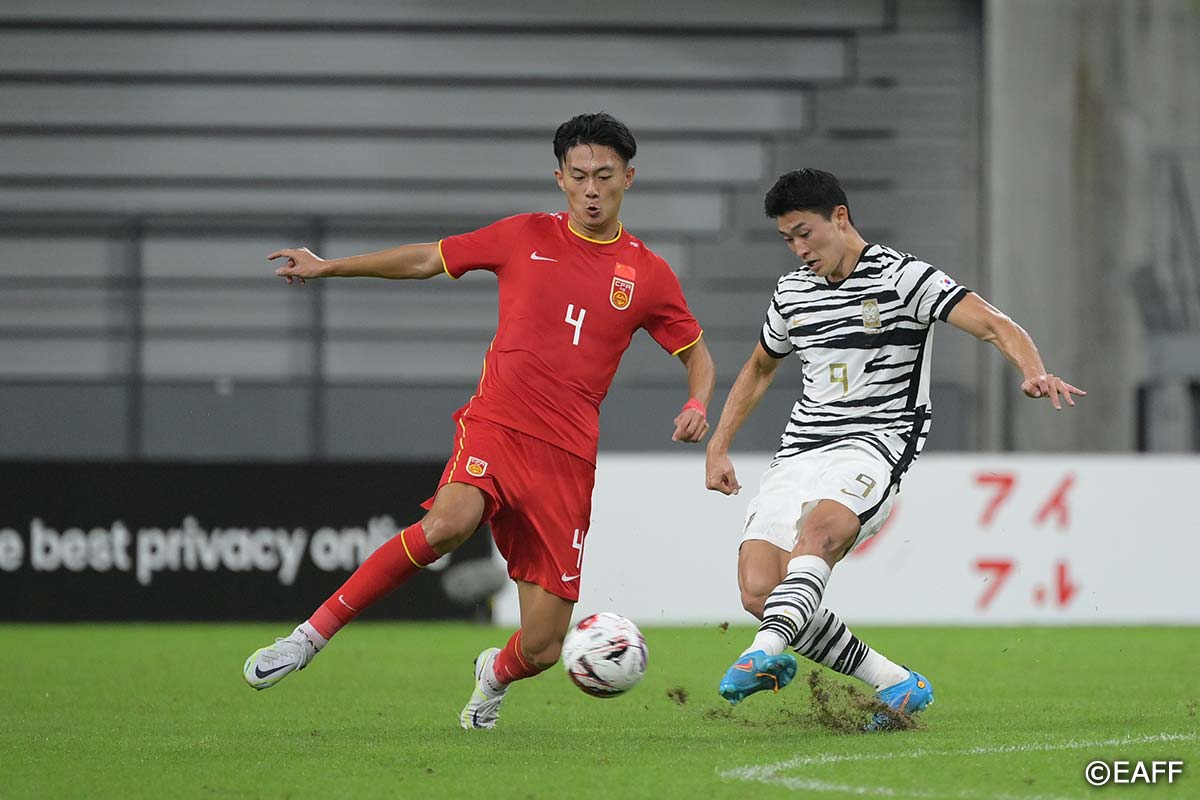 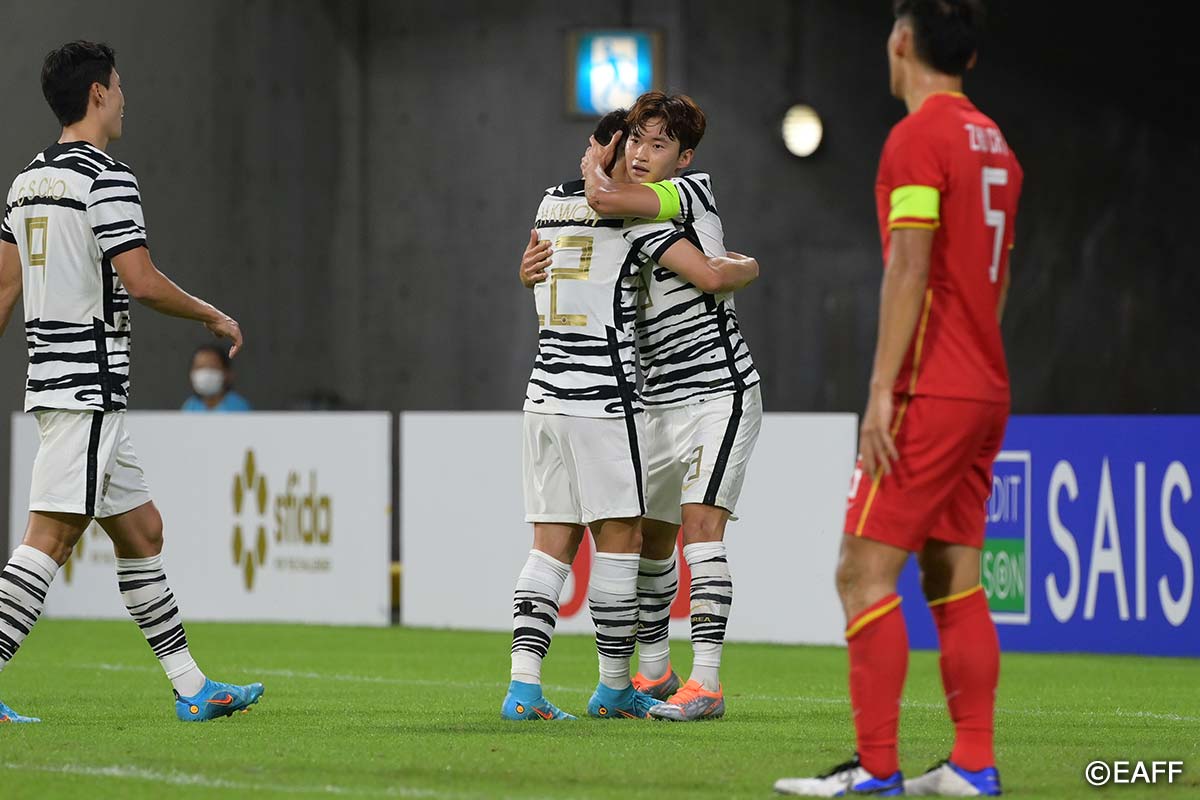 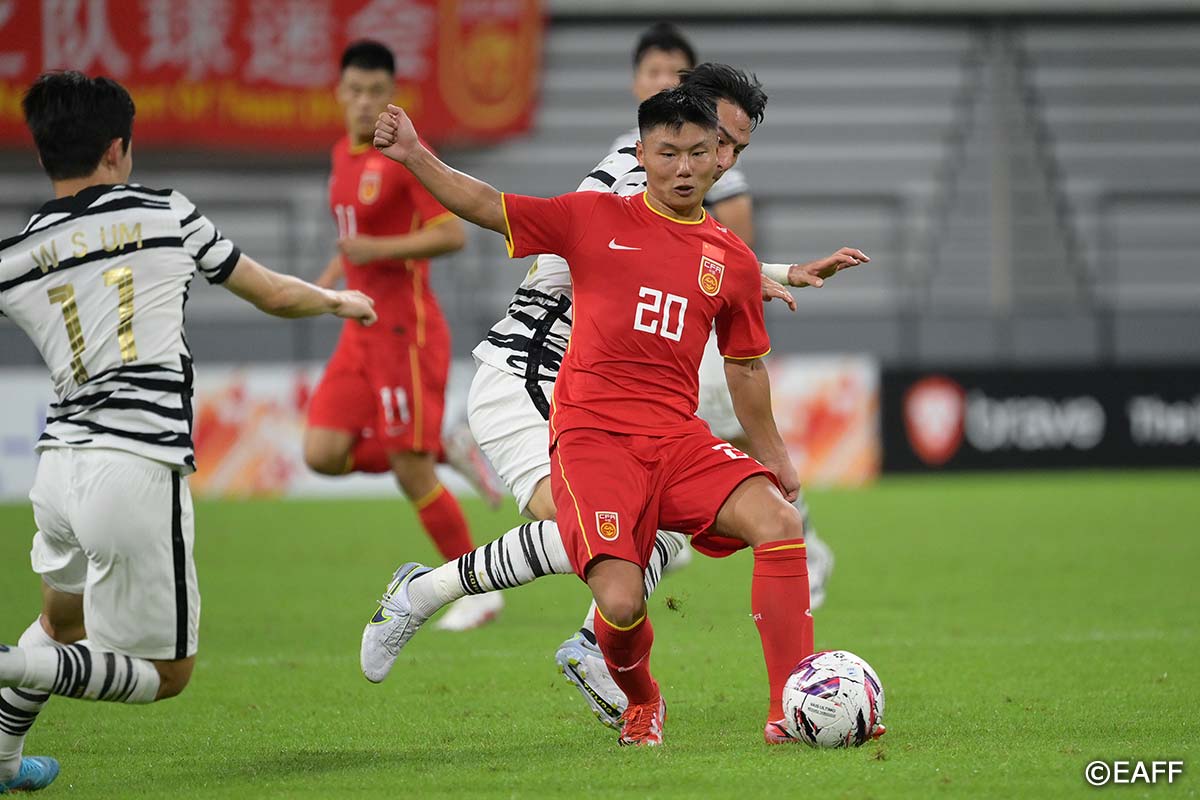 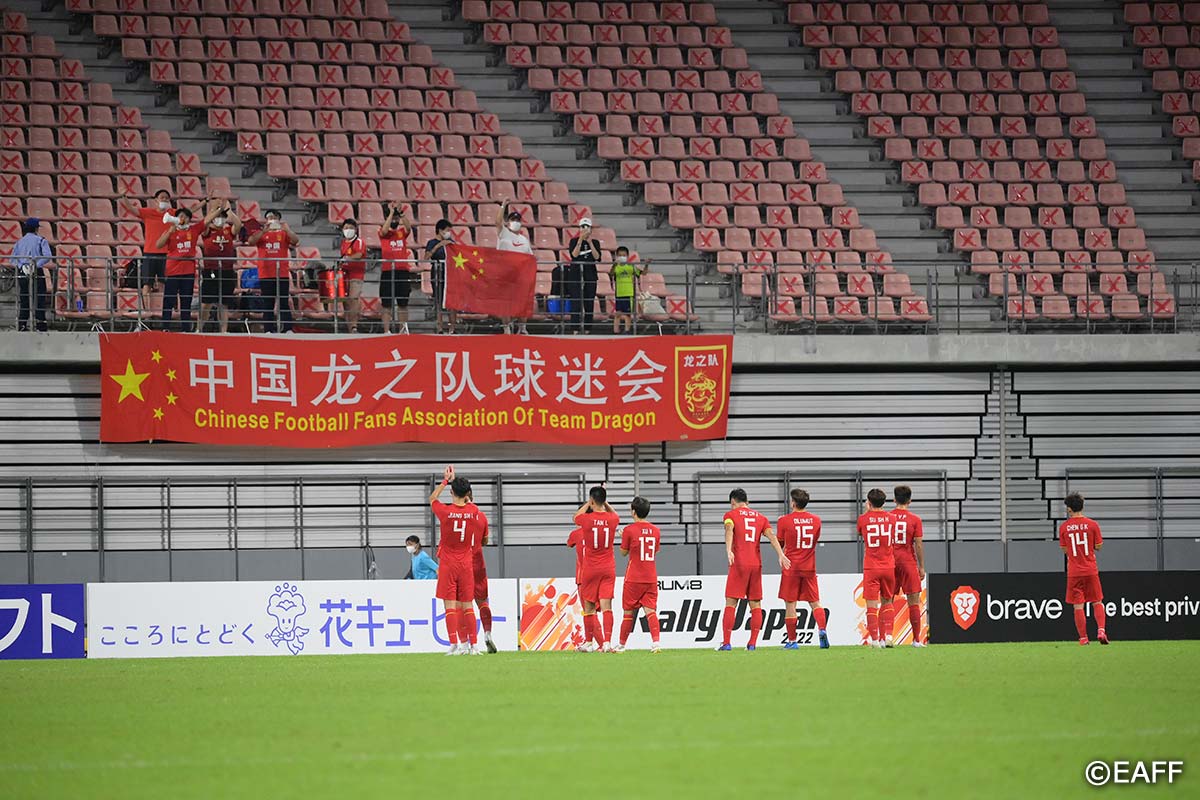 The second match of the Men’s EAFF E-1 FOOTBALL CHAMPIONSHIP 2022 FINAL JAPAN was held July 20th at Toyota Stadium in Toyota, Japan, with Korea Rep. facing off against China PR.
Both sides put up a fierce struggle for possession right from the start. In the 10th minute, Korea Rep. NA, SANGHO advanced the ball near the penalty area and fired a shot directly at the far left side of the goal, but was denied by China PR goalkeeper HAN JIAQI. NA, SANGHO’s teammate HWANG, INBEOM put a long shot on goal at the 22-minute mark, but was likewise stopped by HAN JIAQI’s skilled net-minding.
HWANG, INBEOM had another scoring chance in the 26th minute after receiving an overhead pass from teammate CHO, GUESUNG, but the shot went wide.
CHO, GUESUNG and HWANG, INBEOM teamed up again in the 32nd minute, with HWANG, INBEOM setting up CHO, GUESUNG for the shot, but the pair were again held off by China PR goalkeeper HAN JIAQI.
China PR slipped in the 40th minute while intercepting a Korea Rep. pass in their penalty area. China PR defender ZHU CHENJIE headed the ball back to goalkeeper HAN JIAQI too hard, resulting in an own goal and granting Korea Rep. a 1-0 lead.

China PR had a good chance from the penalty area at the beginning of the second half, but forward LIU ZHURUN took too long looking for the perfect shot. DAI WEIJUN finally took the shot, but was turned away.
In the 54th minute, Korea Rep. took advantage of a free kick to put the ball near the goal. KIM, JIN SU pushed the ball back to set up a shot for KWON, CHANGHOON, who put Korea Rep. up 2-0.
Korea Rep. dominated on possession throughout the game. After 70 minutes of intense play, China PR and Korea Rep. started bringing in substitutes.
In the 80th minute, CHO, GUESUNG received a beautiful pass and scored with a shot from the penalty area, extending Korea Rep.’s lead over China PR to 3-0. China PR was unable to counter, allowing Korea Rep. to take the victory at the final whistle.