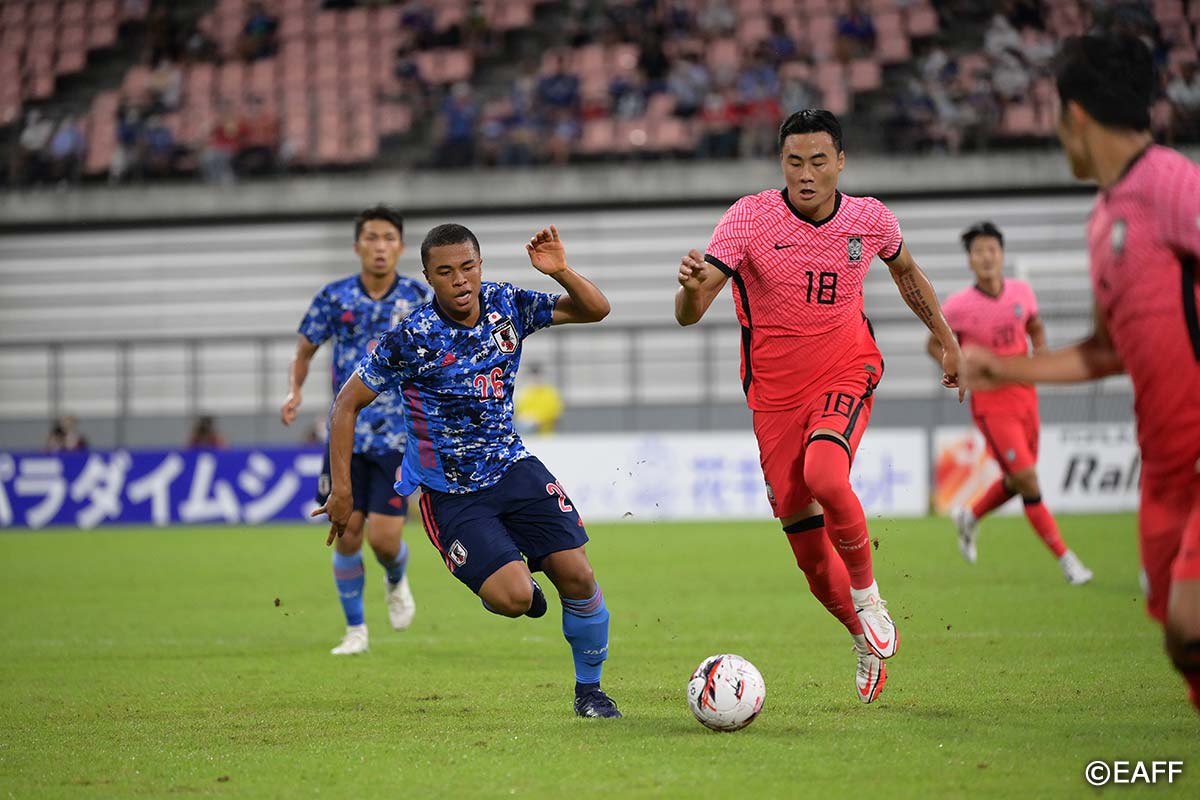 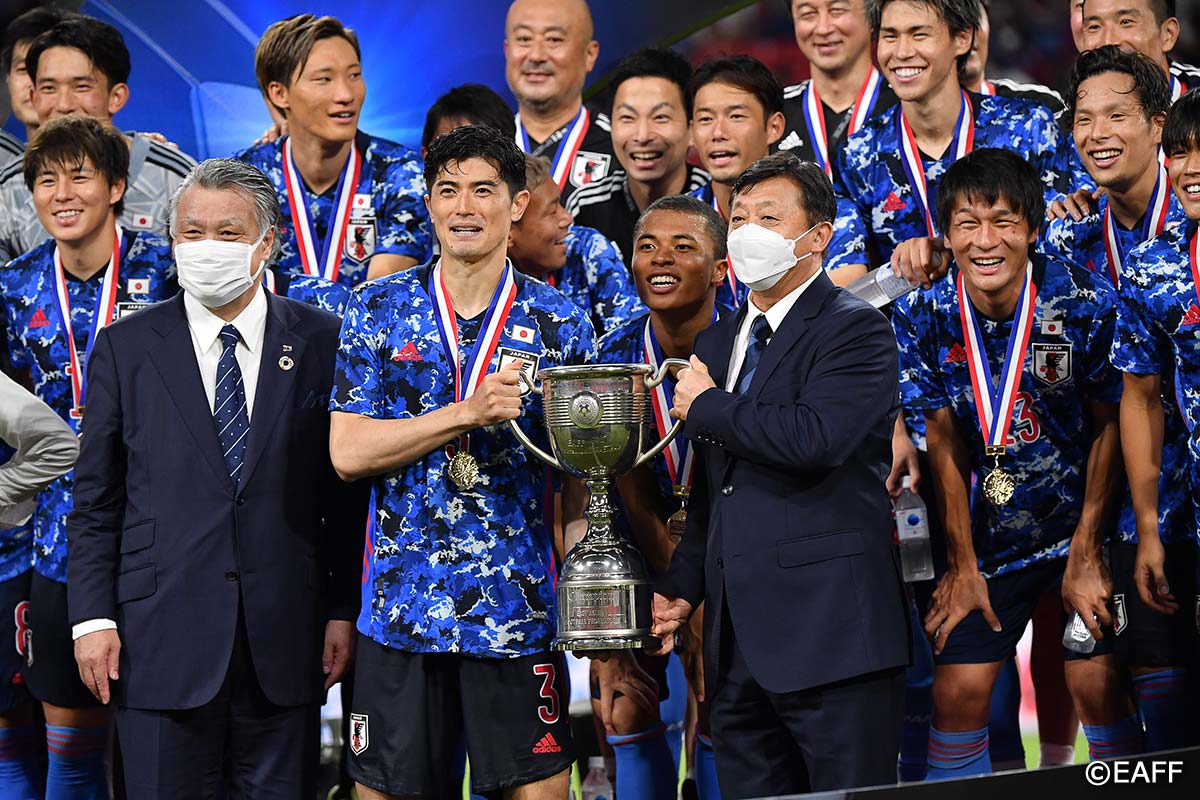 The sixth day of the EAFF E-1 FOOTBALL CHAMPIONSHIP 2022 FINAL JAPAN took place July 27th at Toyota Stadium in Aichi Prefecture, Japan. The second match saw Japan face off against Korea Rep.
In the 2nd minute, Japan's MIZUNUMA KOTA placed a corner kick into the penalty area. SASAKI SHO attempted a header, but the ball went out of the baseline.
The Japanese offensive continued. In the 19th minute, SOMA YUKI intercepted the Korean Rep. pass and took a shot from the penalty area, but the ball hit the right goalpost.
In the 34th minute, Japan took another corner kick. Korea Rep. goalkeeper JO, HYEONWOO made the initial save and trapped the rebound shot from MIZUNUMA KOTA.
In the 40 minute, NA, SANGHO took a middle shot from the left front of the penalty area, but the ball flew over the goal. The first half ended in a scoreless tie.

Four minutes into the second half, SOMA YUKI headed a pass from FUJITA JOEL CHIMA into the net to put Japan up 1-0.
Japan's offensive was not over. In the 64th minute, Japan attacked again with a corner kick. SASAKI SHO headed SOMA YUKI's corner kick into the goal past Korea Rep. goalkeeper JO, HYEONWOO. Japan now had a 2-0 lead.
Japan launched another successful attack in the 72nd minute. NISHIMURA TAKUMA picked up the ball outside the penalty area and passed to KOIKE RYUTA, who rushed the goal. MACHINO SHUTO took the final shot, giving Japan a 3-goal lead.
Korea Rep. attempted a counterattack in the 75th minute, but goalkeeper TANI KOSEI was able to make the save.
Japan swapped in many fresh substitutes after the 80th minute to maintain their lead. At the final whistle, Japan beat Korea Rep. 3-0 and won the Men's championship.