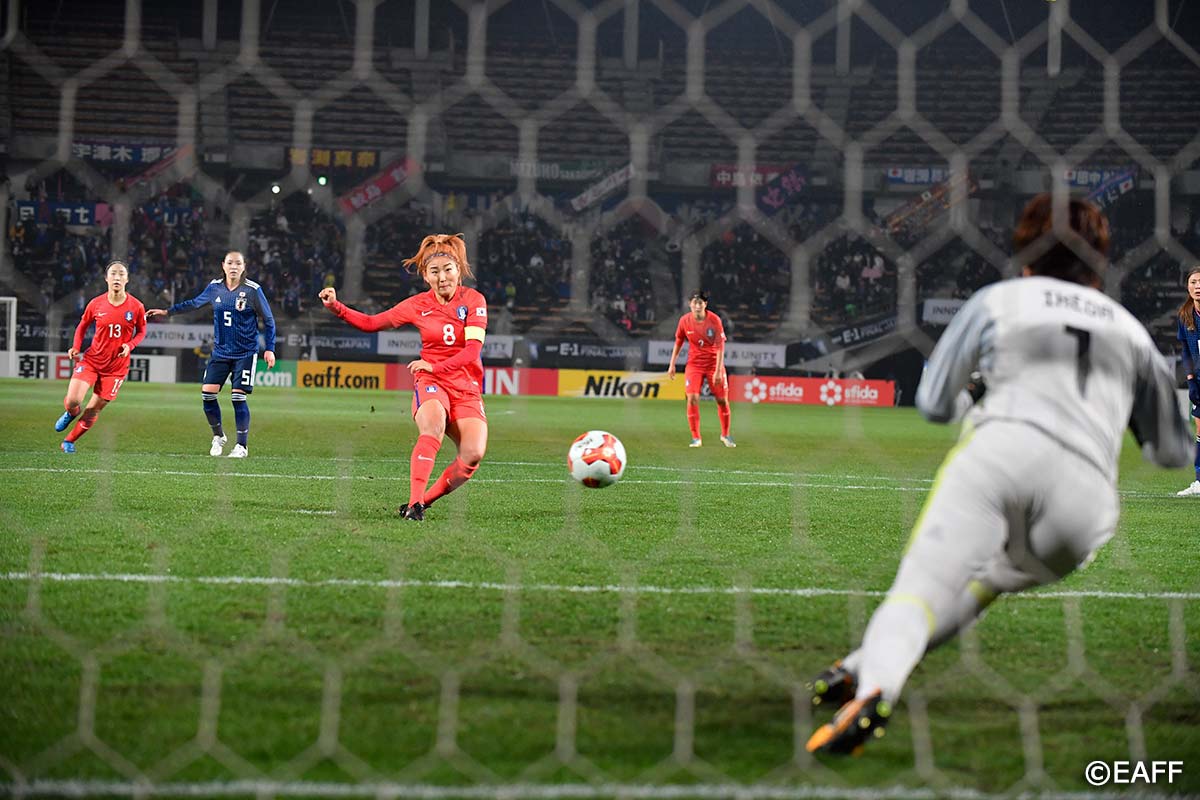 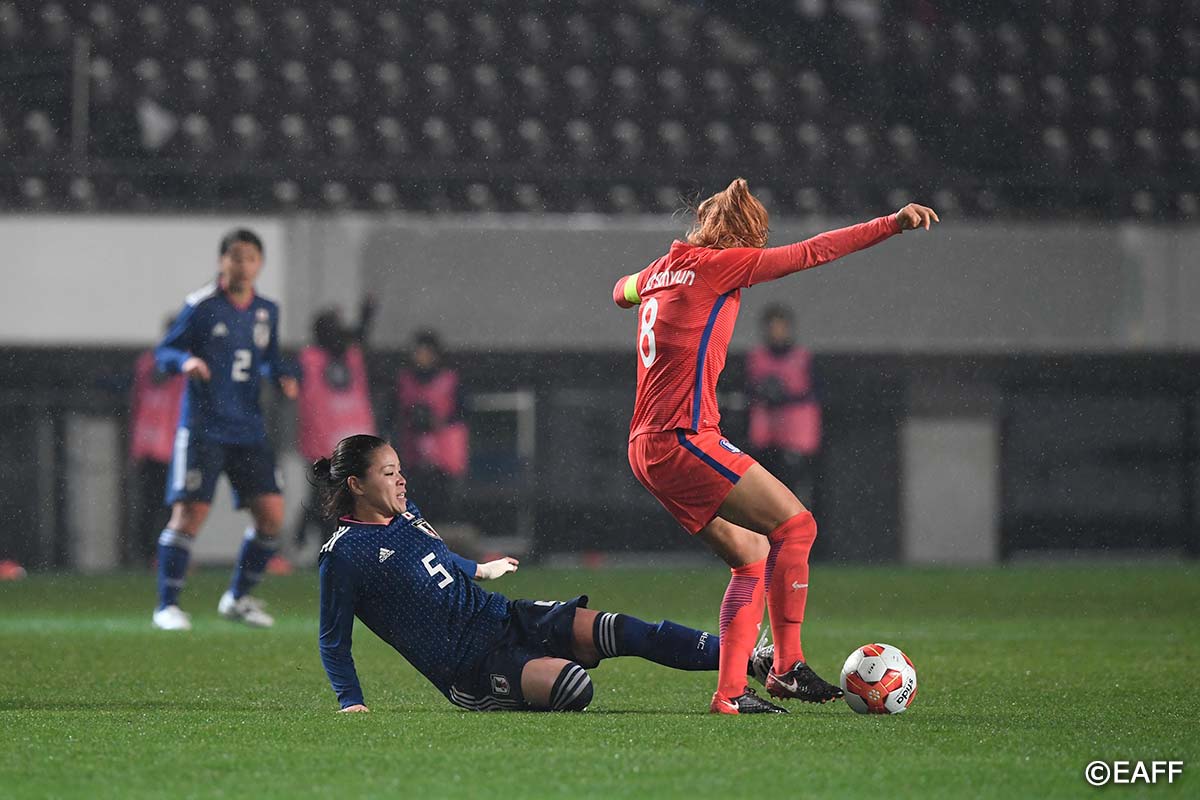 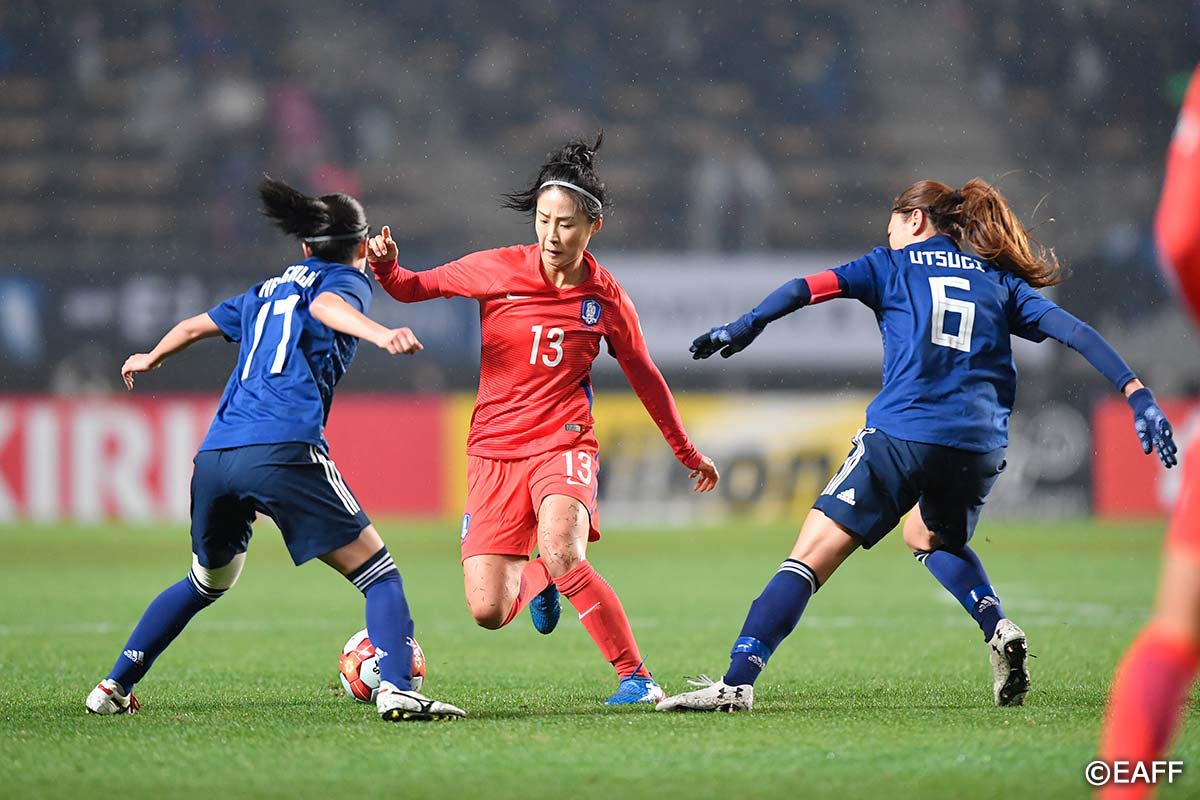 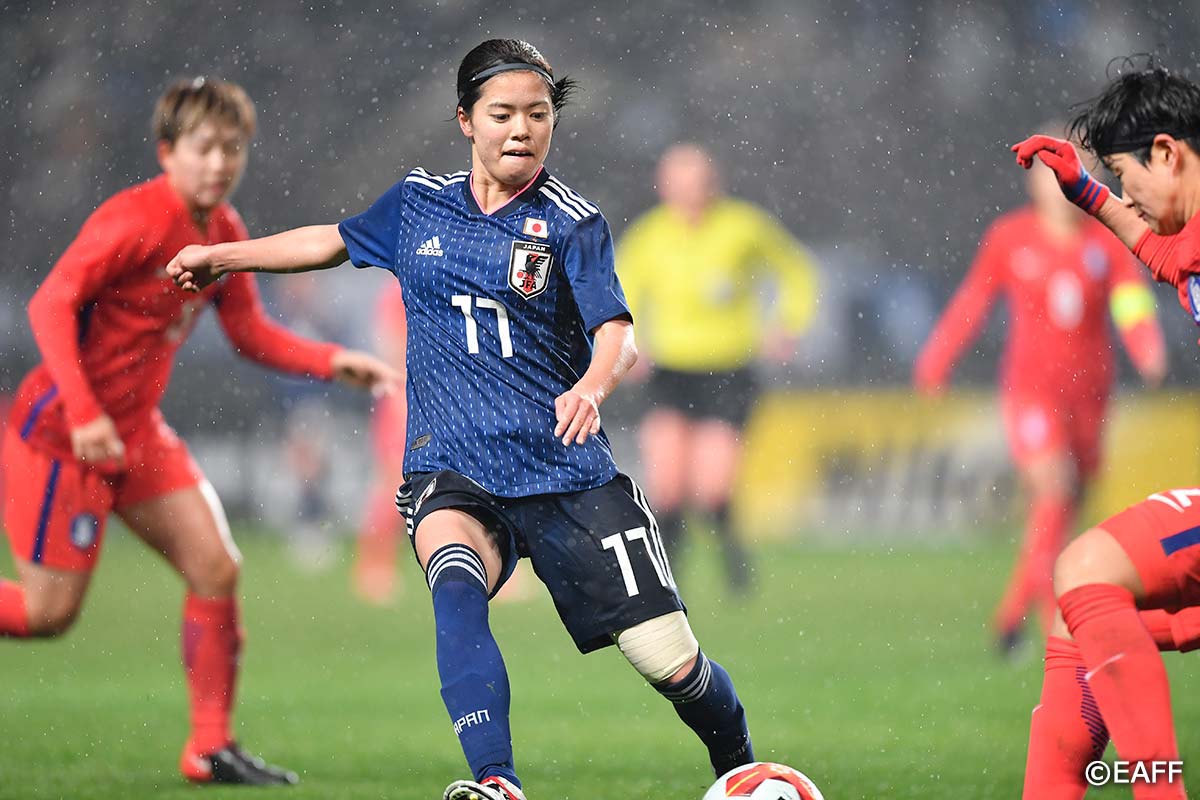 It was Japan that prevailed in a fiercely contested game. Though Japan scored first, when TANAKA Mina scored from a cross by MANYA Miho, Korea REP struck back immediately, tying the game when CHO Sohyun scored from the penalty spot.
Japan found a good rhythm in their passing game after the half, and NAKAJIMA Emi scored the go-ahead goal with her left foot in the 71st minute. Japan controlled the game from this point on; however, Korea REP tied the game again at the 80-minute mark, with Korea REP managing to gain possession after Japan’s defense cleared the ball from near the goal, allowing HAN Chaerin to score with a left-footed volley off LEE Mina's cross. However, Nadeshiko Japan scored three minutes later when IWABUCHI Mana knocked the ball home following a deflected shot from NAKAJIMA. Though Japan ended upwinning a close match, Korea's fighting spirit was praiseworthy as well.