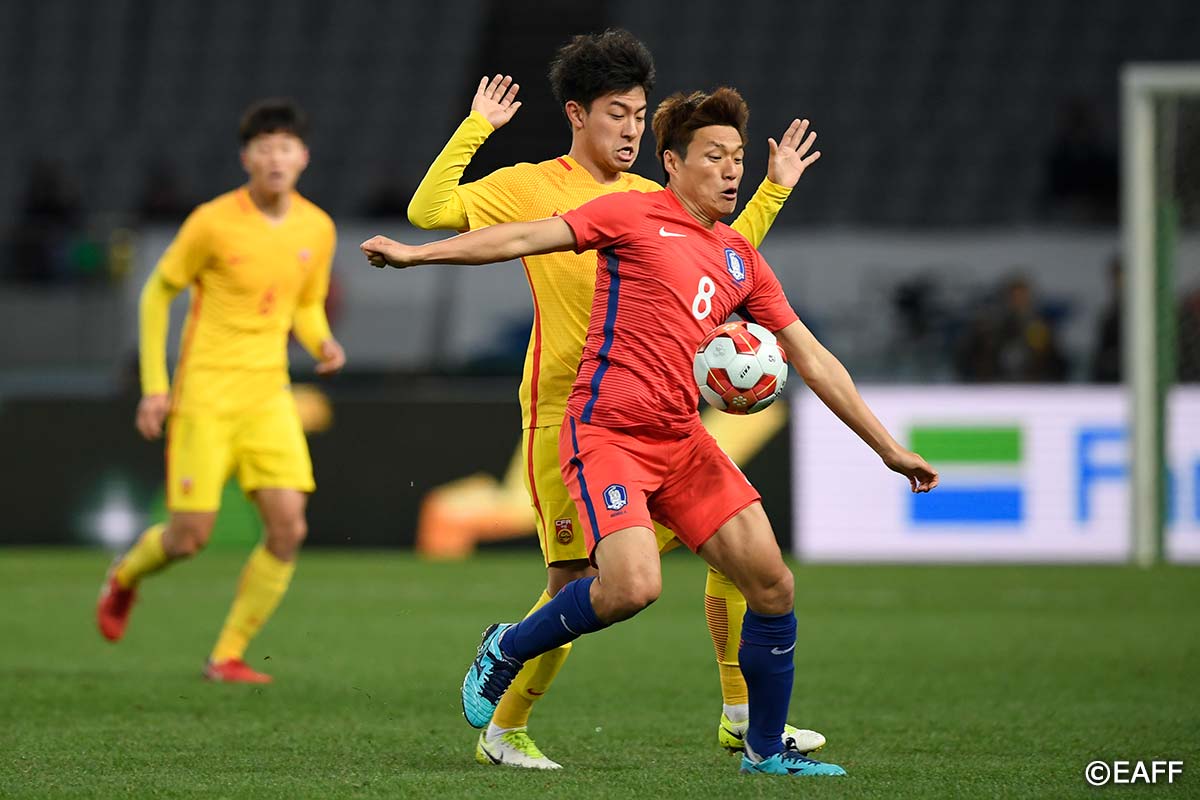 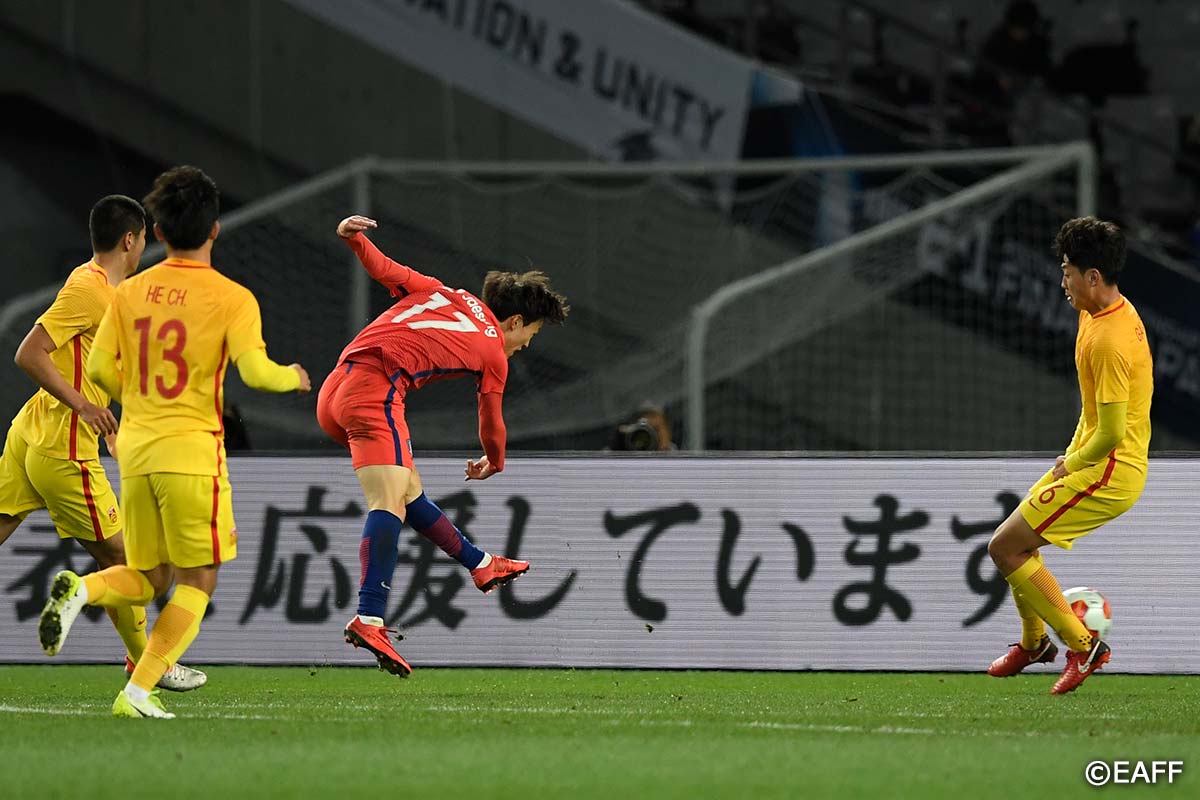 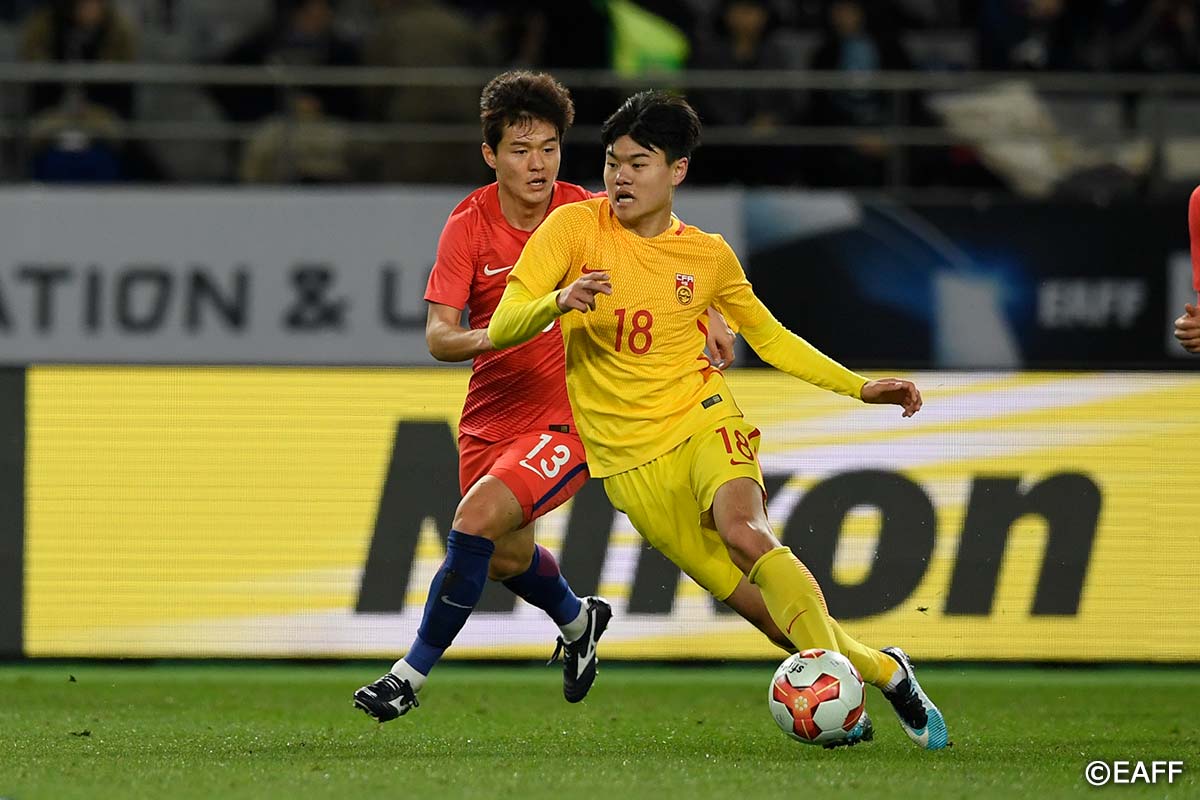 China PR, at the ninth minute, fired a preemptive strike against 2015 tournament winner Korea REP., by WEI Shihao's right foot. This may have been what woke KoreaREP. up; they responded with repeated penetrating attacks that resulted in the tall FW, KIM Shinwook, scoring the equalizer. At the 19th minute, LEE Jaesung broke the tie, bringing China PR on top.
In the second half, China PR's head coach Marcello LIPPI changed from a four-man defense to a three-man defense. He put in XIAO Zhi, strong with aerial attacks, on the front line to strengthen the offense. In the 76th minute, ace YU Dabao's header defeated GK KIM Jinhyeon's reflexes. Near the end, Korea REP. tried to make the game by employing KIM Shinwook from the side, but China PR's defense responded. During the overtime, LEE Changmin tried for a great shot but unfortunately missed the goal. The game ended 2–2, each side earning one point.