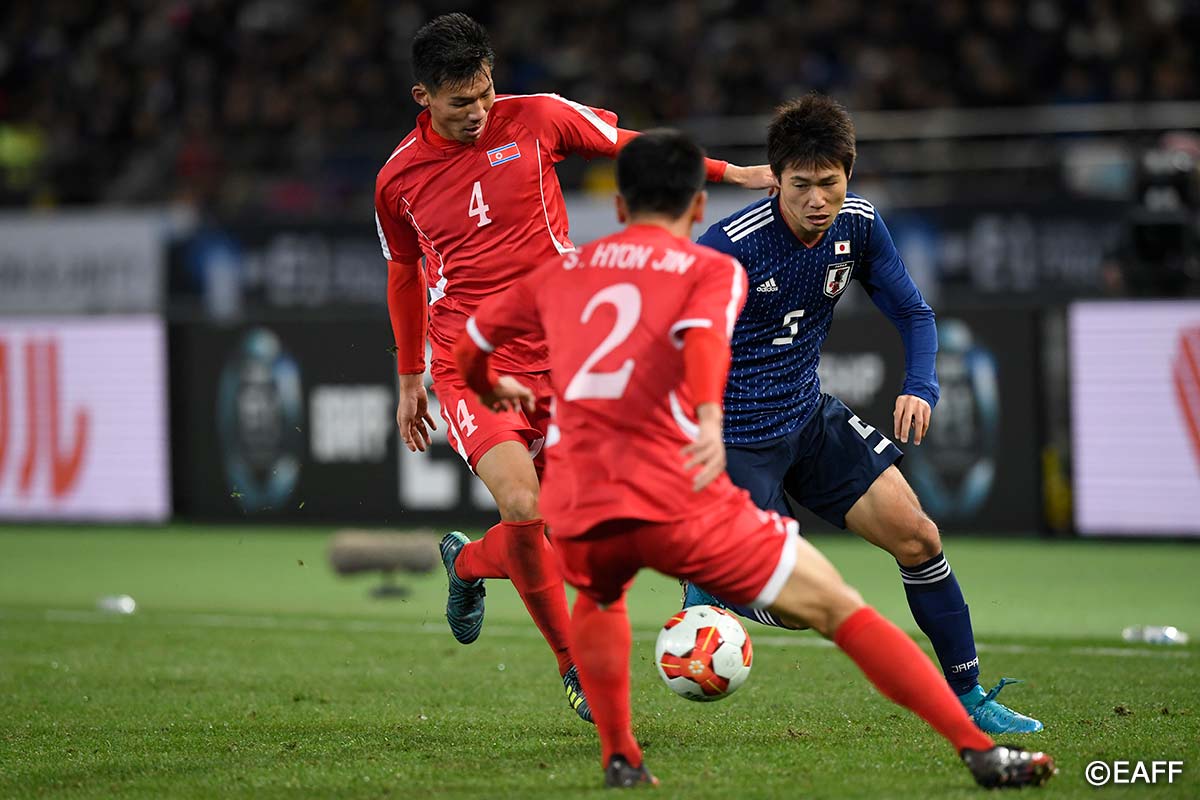 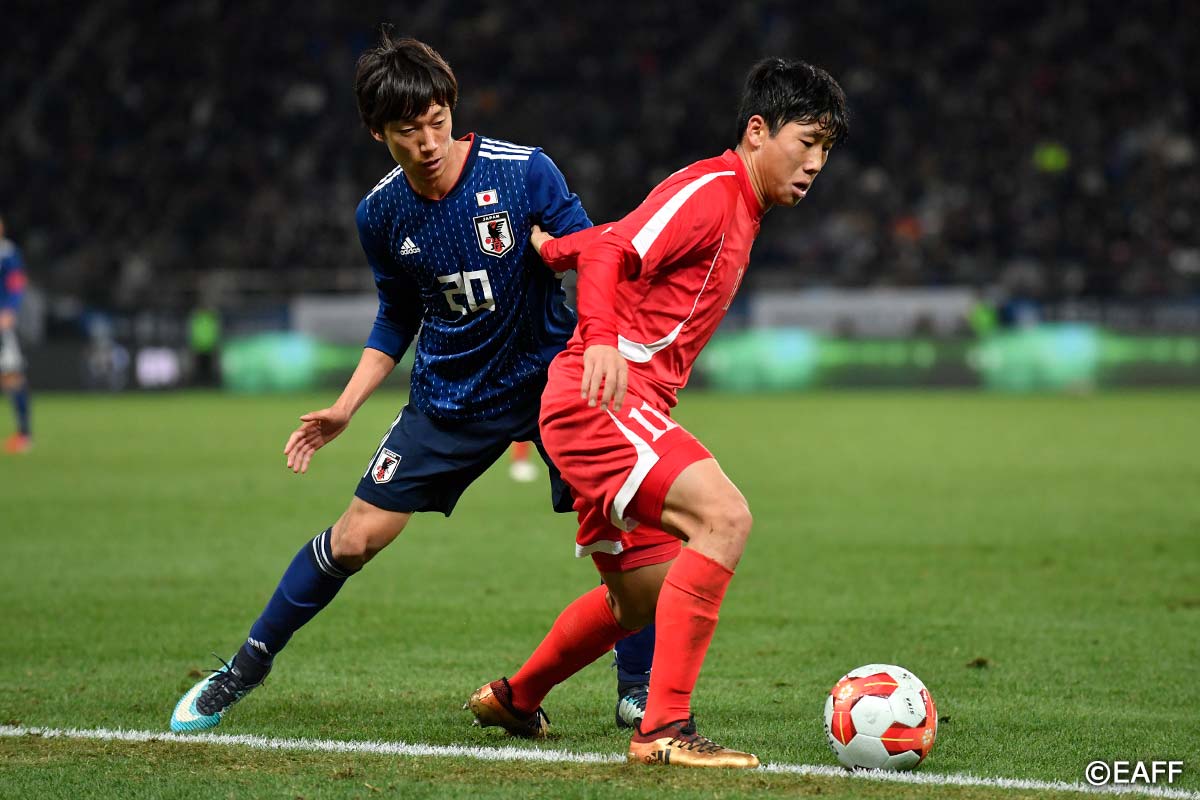 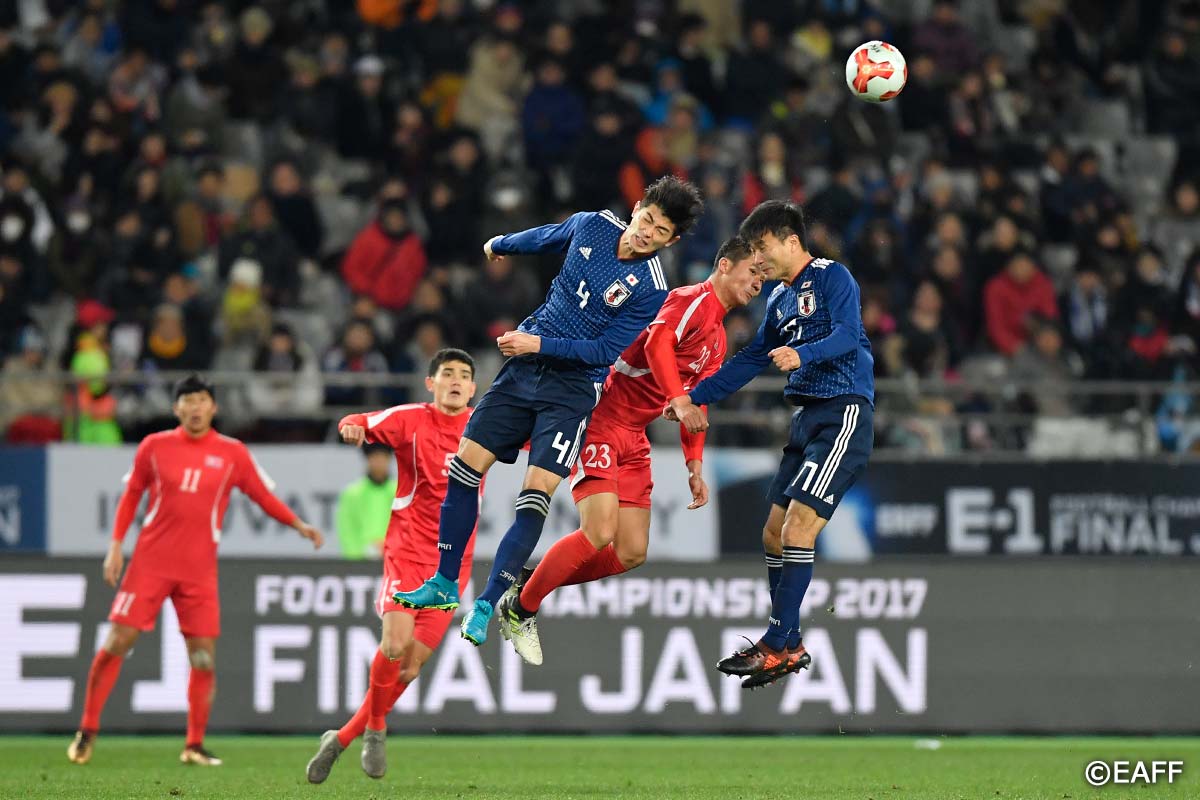 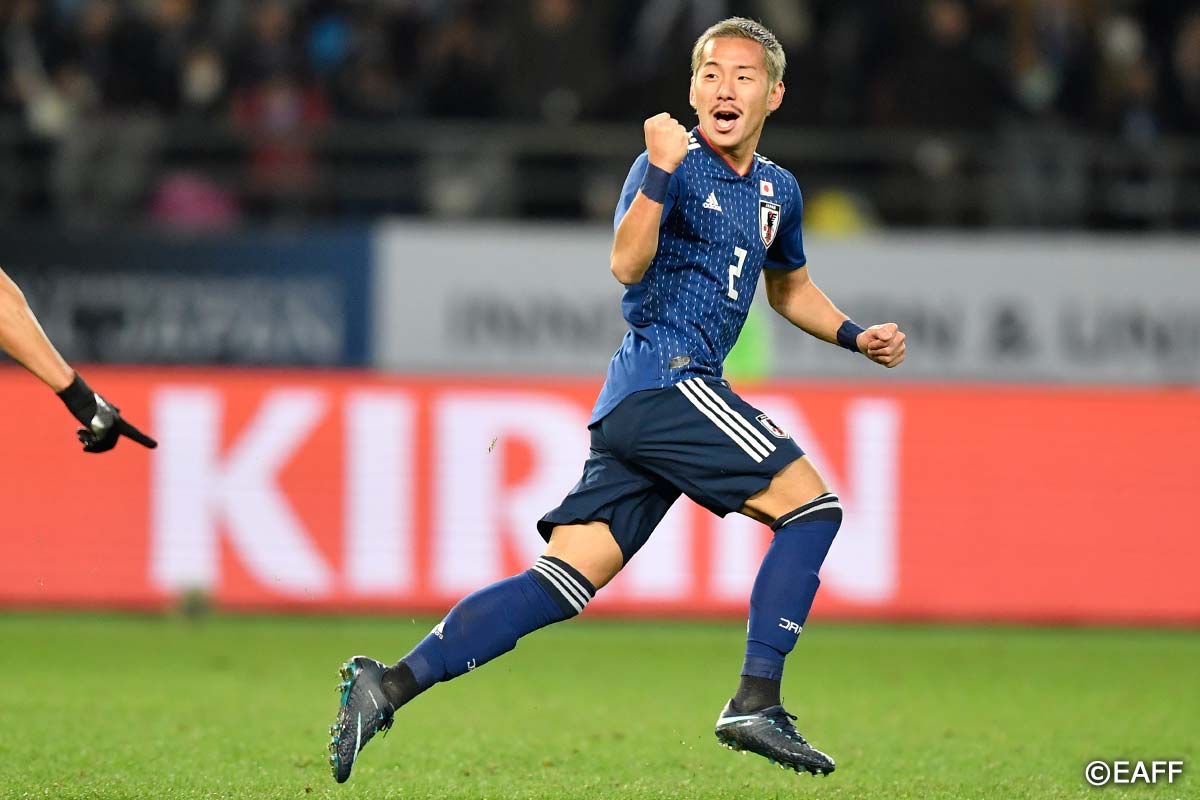 The match with DPRK, which resulted in a loss in the 2015 tournament, was an extremely difficult game for the Japan home team. DPRK took on the attacks on Japan with a 4-1-4-1 defensive block. The ball was passed to defenders SHOJI Gen and TANIGUCHI Shogo, and KIM Yu Song repeatedly dived into the area where the players were competing for the ball. There were a number of occasions when the ball came dangerously close to the goal but was impressively saved by goalkeeper NAKAMURA Kosuke in his very first game appearance.
Japan brought in ITO Junya to the right side of the field and changed the formation from 4-2-3-1 to 4-4-2. The 21-year-old IDEGUCHI Yosuke scored a goal with an incredible direct shot in additional time, with Japan ultimately managing to earn three points in their final attack.