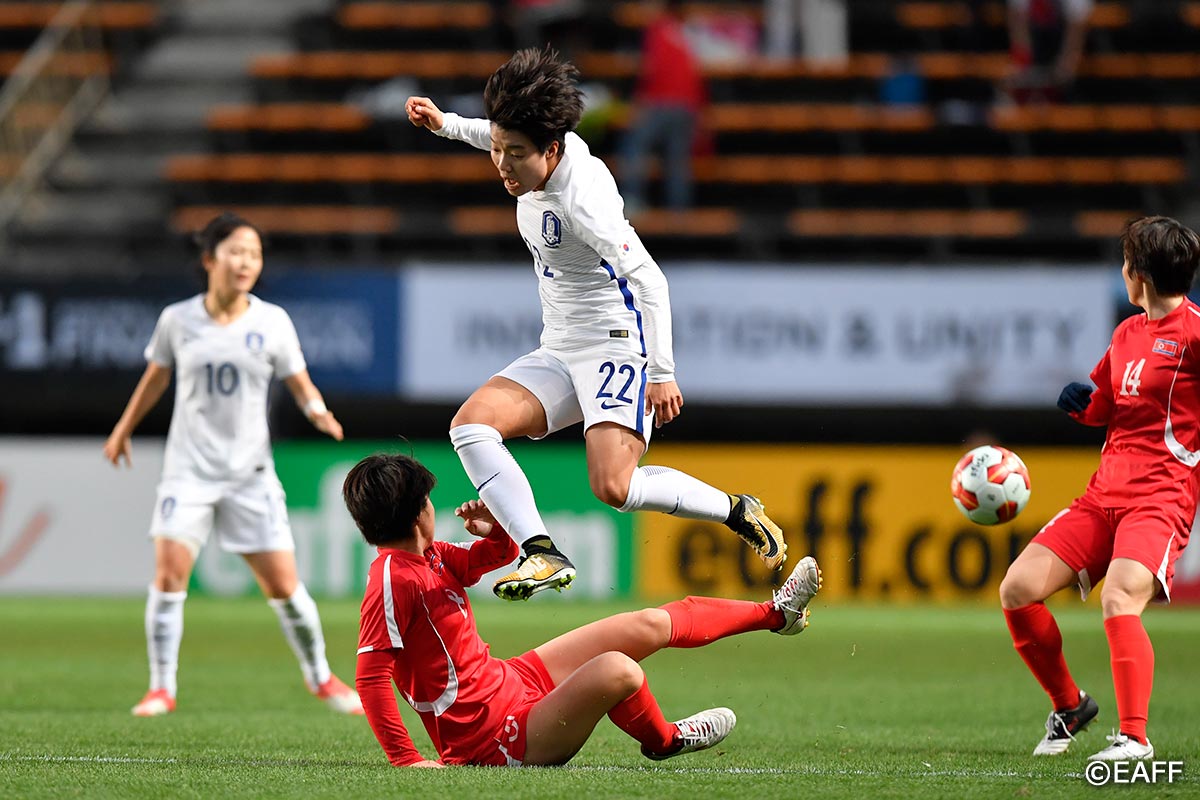 While DPR Korea (DPRK) earned three points in their victory over China PR, the team had a hard time against Korea REP. with their 4-1-4-1 formation. During the first half, SUNG Hyang Sim broke through the right side in the 19th minute and crossed the ball over to ace player KIM Yun Mi, who succeeded in opening the score with a header. The presence of KIM Yun Mi continues to grow with time, and she has already scored her third goals in this tournament. Korea REP. was unable to bring the ball towards the goal due to the intense pressure DPRK exerted.
DPRK replaced KIM Yun Mi with18-year-old RI Hae Yon towards the end of the match. DPRK successfully won two consecutive victories by increasing the momentum on the front-line and stopping the long passes Korea REP. was making. DPRK took a big step towards winning the championship. Korea REP. will face China PR in the final match with two consecutive defeats.