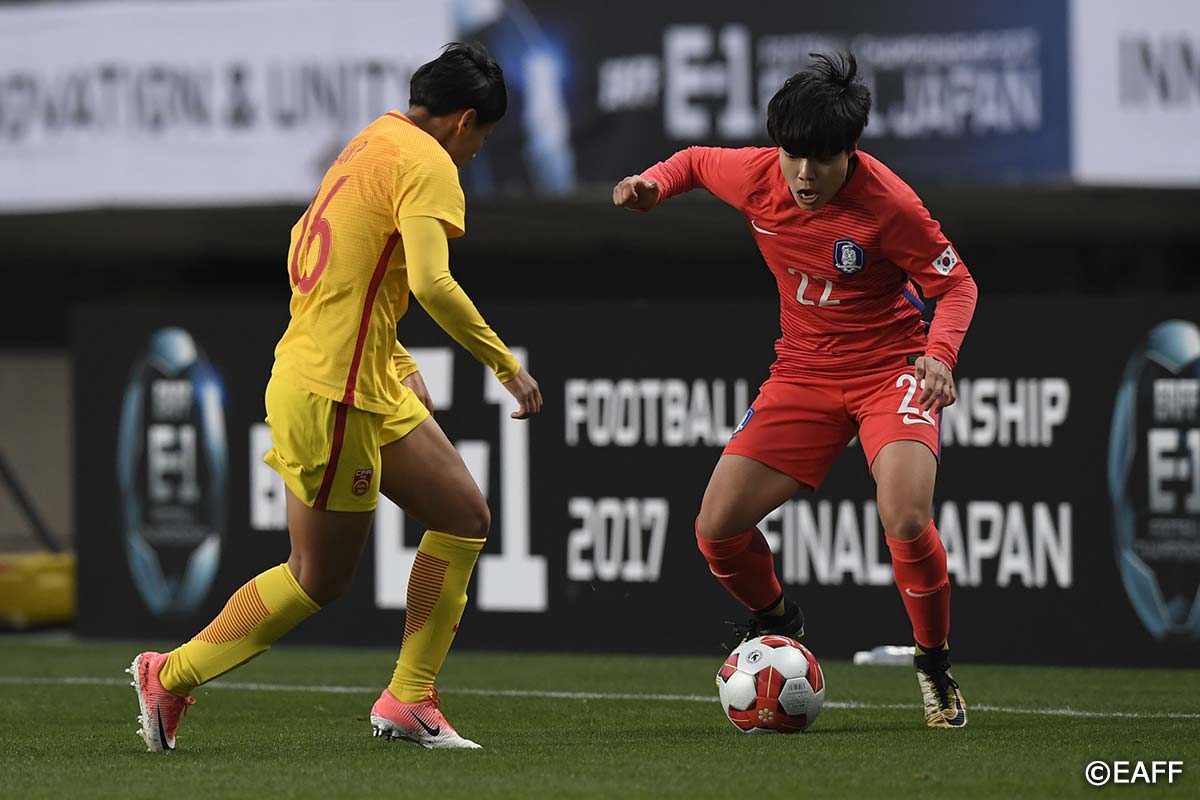 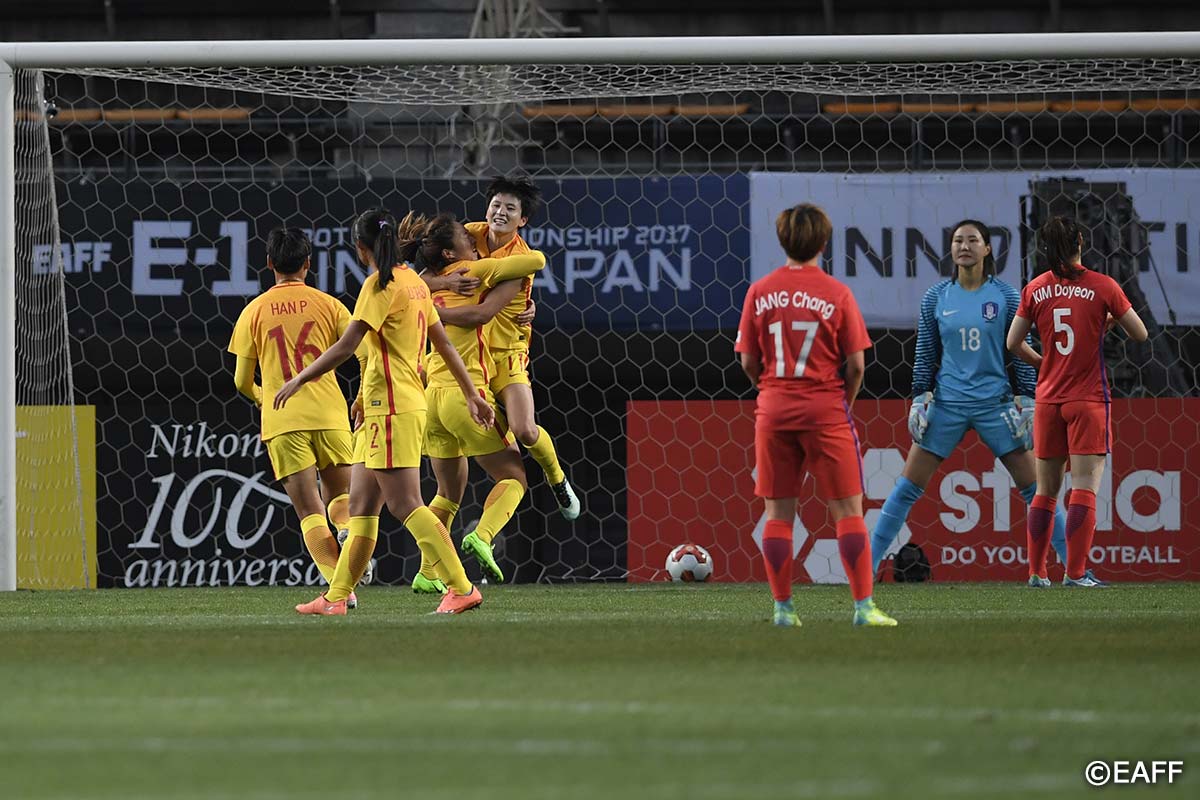 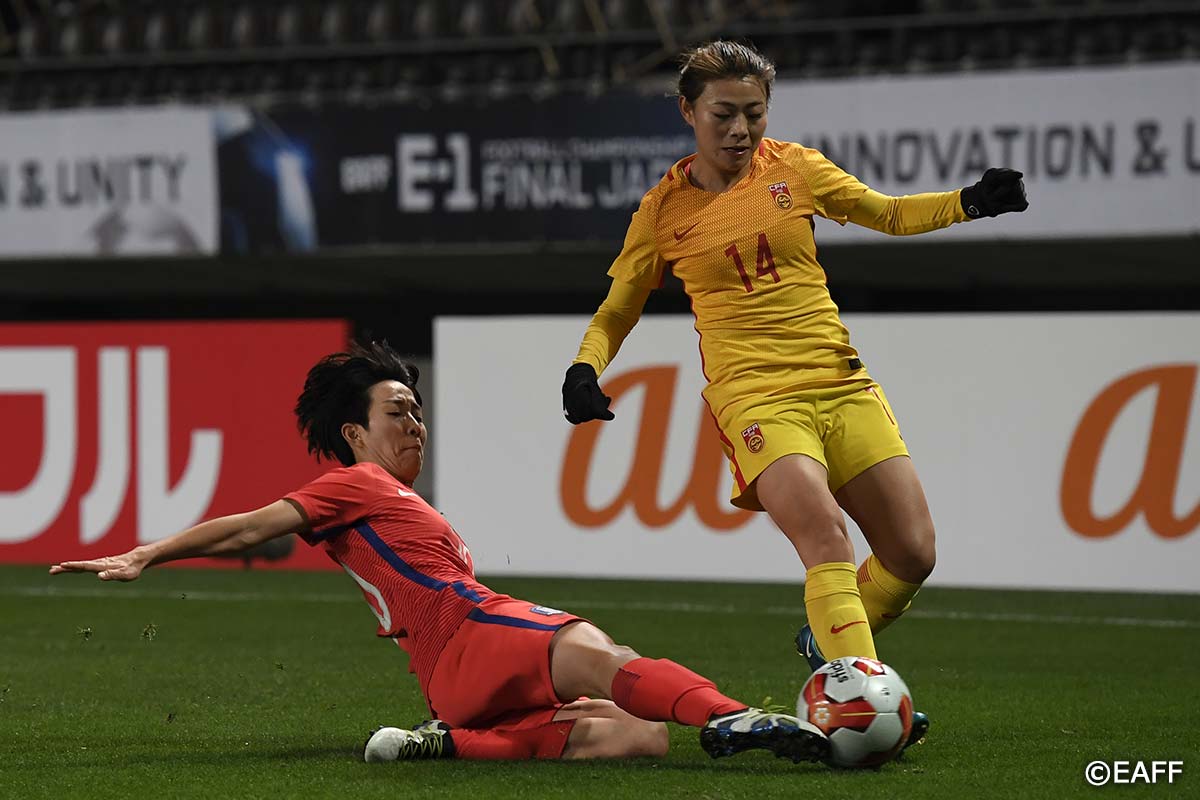 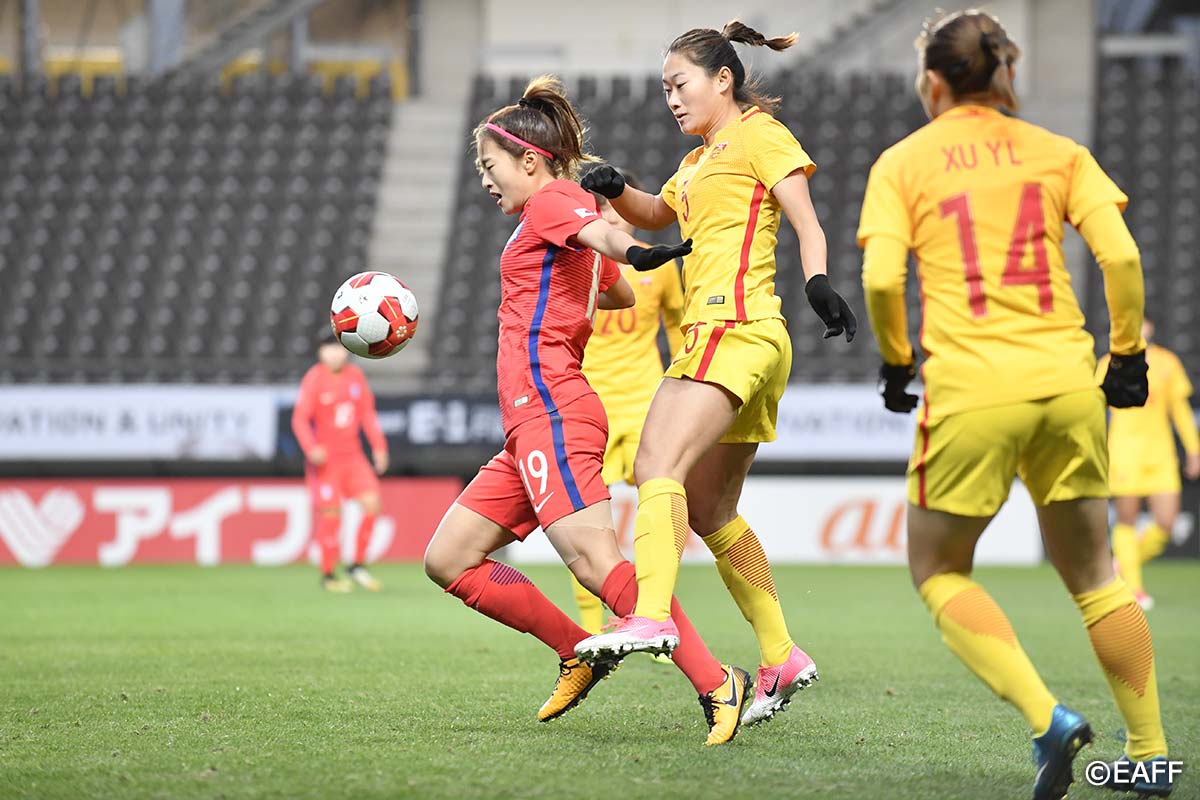 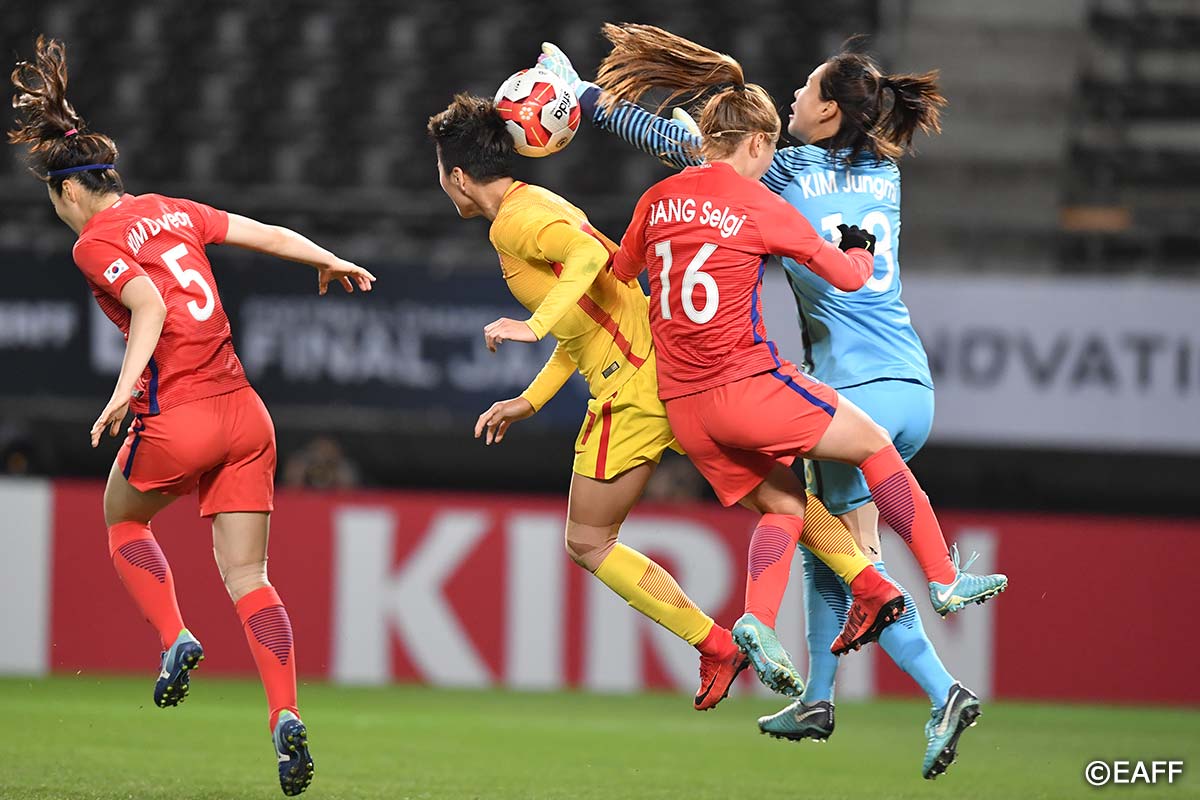 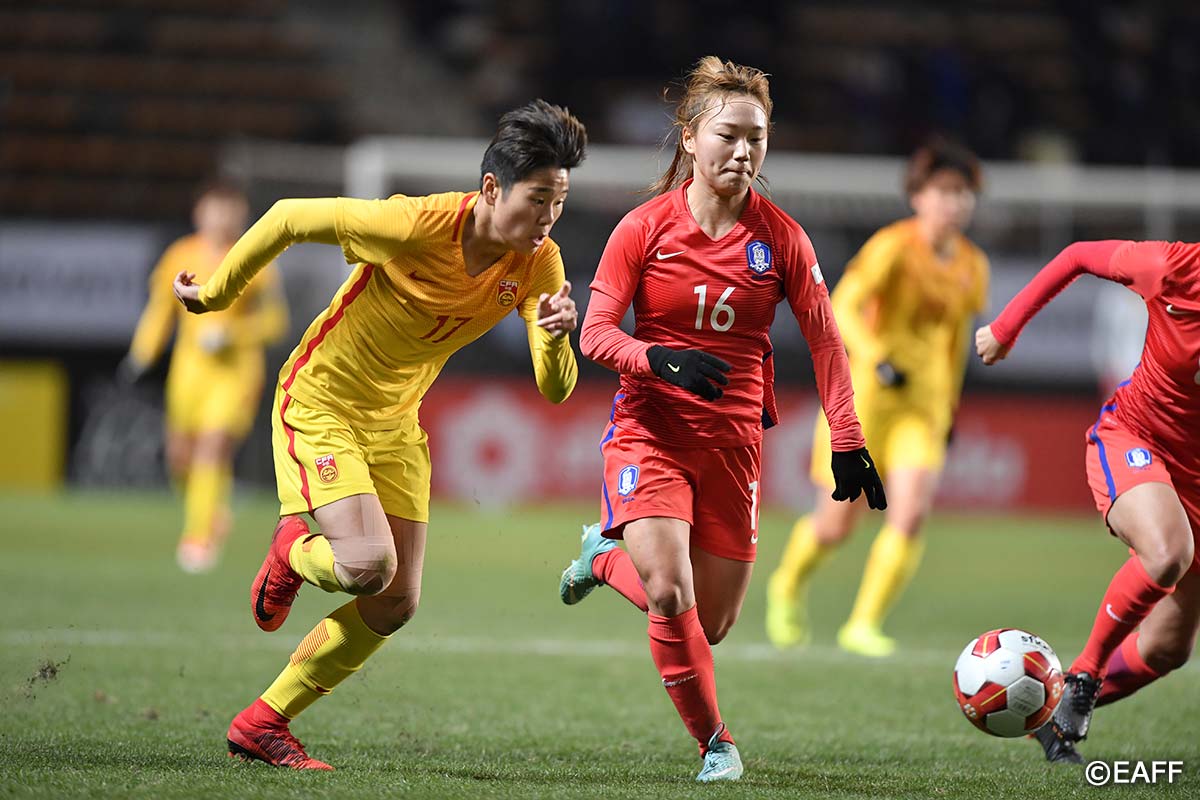 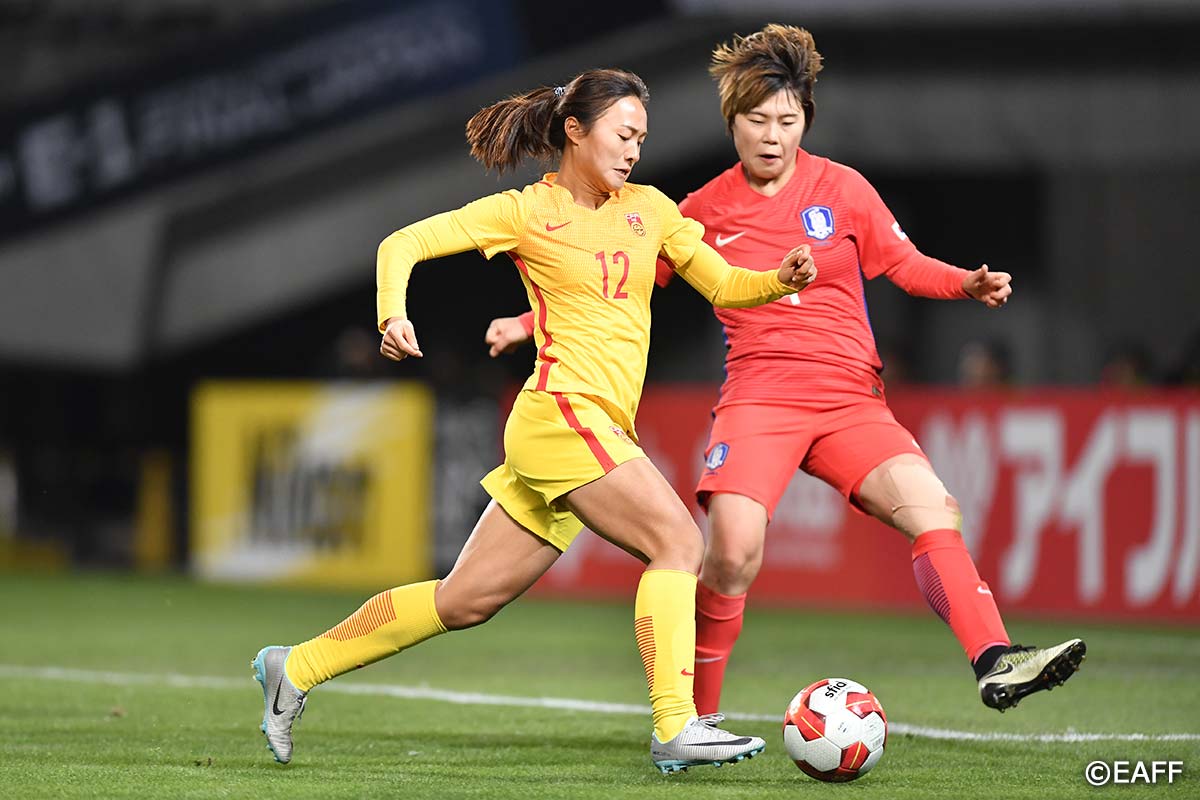 With the Korea REP. looking to attack by stringing passes together in the center of the pitch, China PR moved the ball efficiently any time they were able to gain possession from their opponents. In the 18th minute, a lofted pass from XU Yanlu was met by WANG Shanshan, giving China PR the lead. China PR continued to create chances from counters. In the 35th minute, TANG Jiali intercepted a pass high up the pitch. ZHANG Rui received the ball and played it toward the goal, resulting in an own goal from a Korea REP. defender, extending China PR's lead. With China PR dominating the match, the Korea REP responded late.
Substitute KANG Yumi reacted to a HAN Chaerin cross in the 85th minute to cut China PR's lead to one with little time remaining. In the 90th minute, though, a long shot from China PR's REN Guixin sent back Korea REP. goalkeeper KIM Jungmi's clearance, sealing the outcome of the match. Having lost their previous two matches, China PR showed their resolve with this victory.