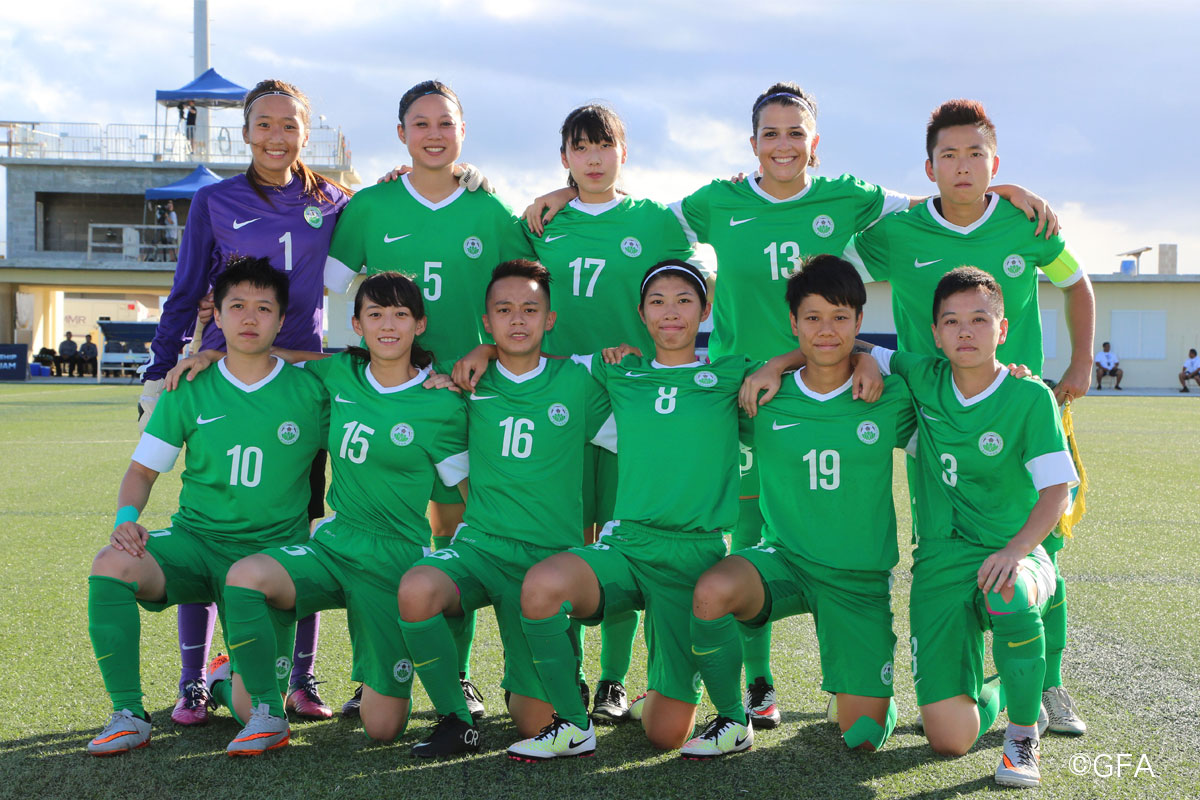 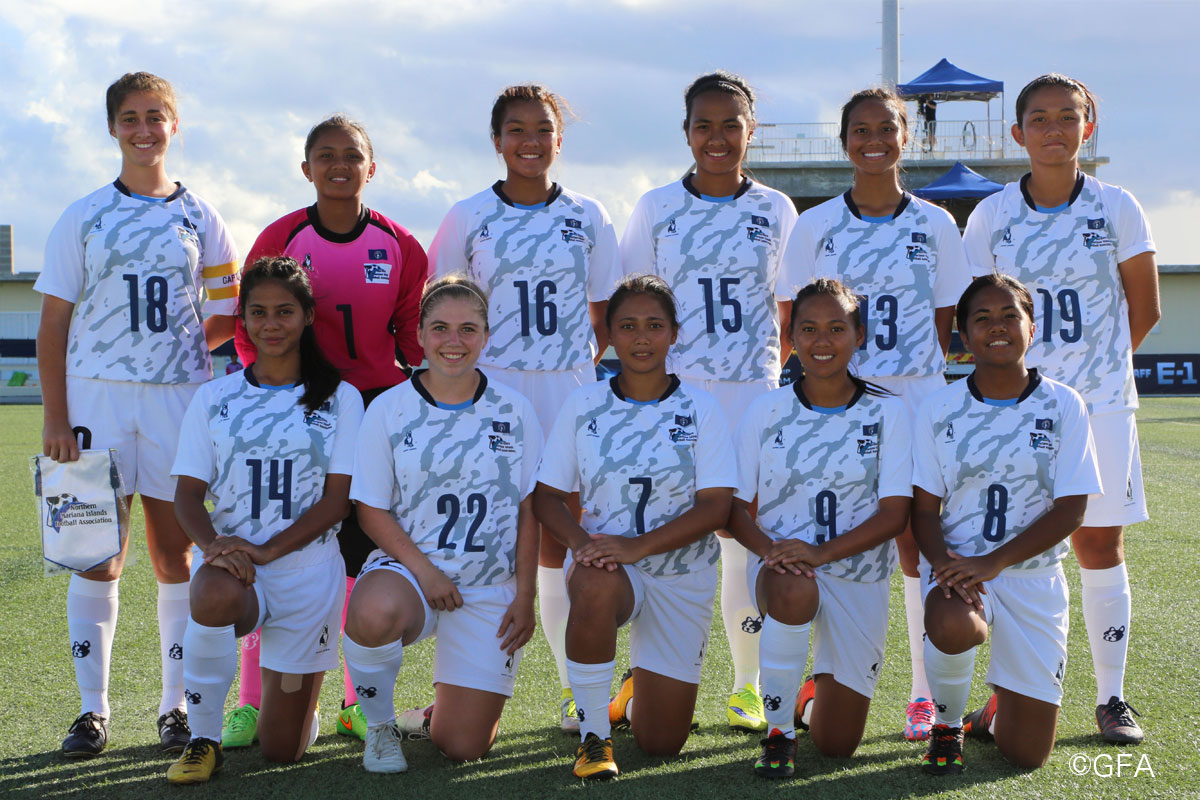 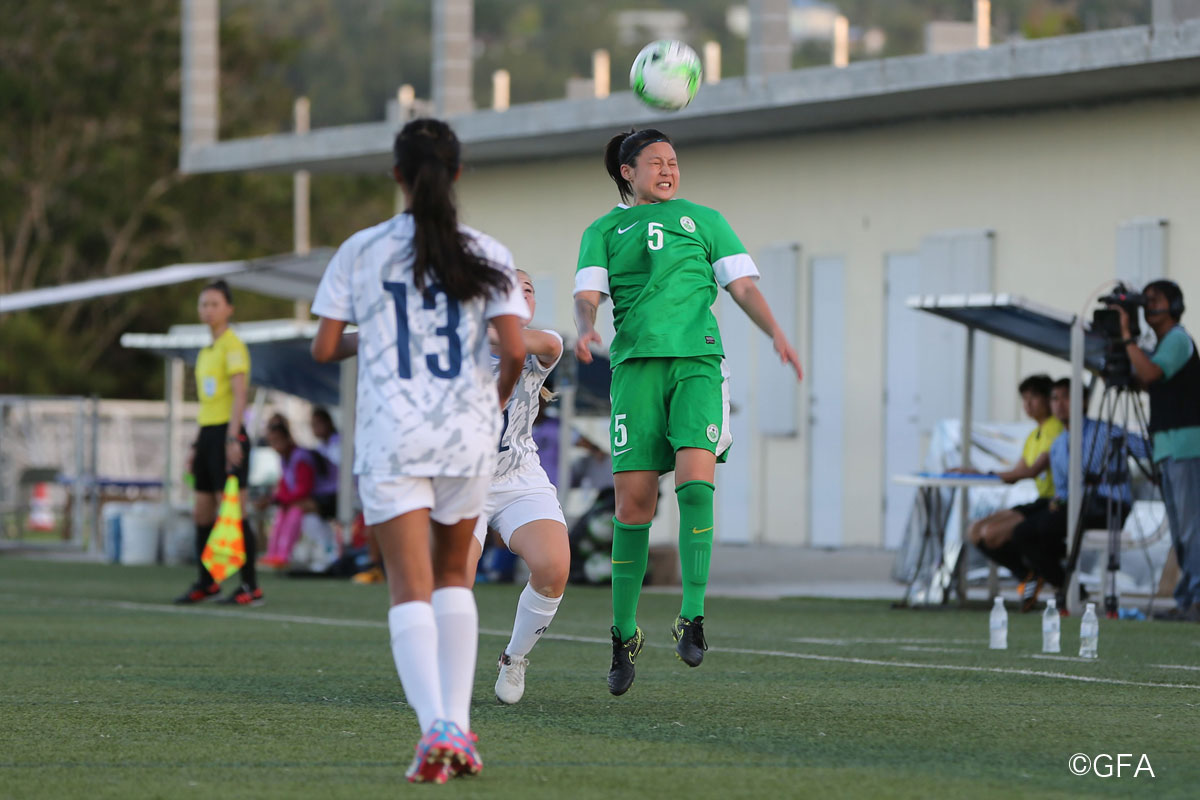 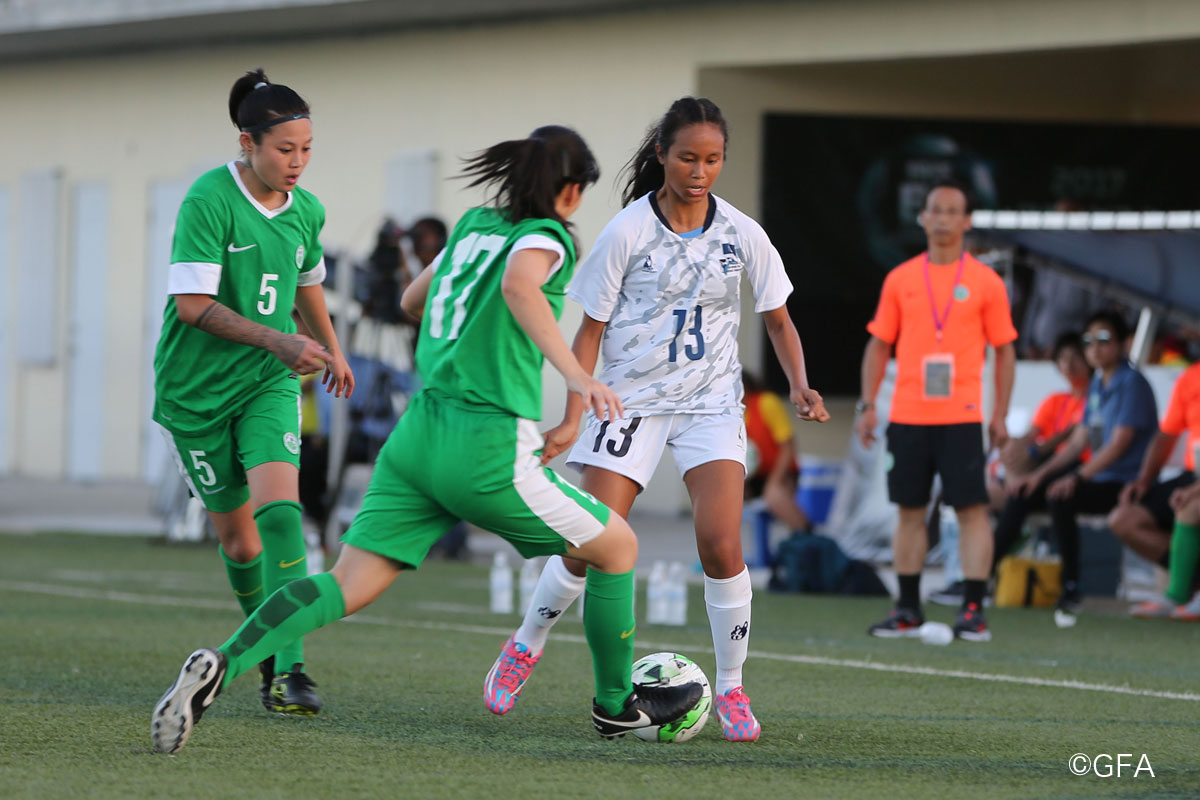 Macau and the Northern Mariana Islands Women’s representatives met in the second match of the EAFF E-1 FOOTBALL CHAMPIONSHIP 2017 ROUND 1 GUAM at the GFA National Training Center in Guam.

The two teams had played each-other previously two years ago, and the Islanders had prevailed 7-0 in that occasion; however, this time the brave effort of the Macau women earned them a 0-0 result, which is also their first undefeated match ever.

Northern Mariana Islands held possession for most of the game, and had their chances already in the first half, when Tsz Wai Chao denied Jeralyn Castillo’s close range shot and Lyka Sally’s lob from 25 meters landed on the crossbar.

With only one minute left in the first half, it seemed as the Islanders finally got their opener, but no less than four Macau players were on the line to clear a ball that was otherwise going to find the back of the net.

Same music into the second half, with Northern Mariana Island stationing into the Macanese’s half and earning the biggest opportunity of the game when they were assigned a penalty for a hand-ball infraction in the 9th minute.

However, Dianne Pablo’s shot, hit the post and the score stayed on the 0-0.

In the 17th minute, Castillo again went 1v1 with Chao, but the Macanese goalkeeper was brave enough to throw her body in and managed to keep the ball off her goal.

The last 30 minutes of the match saw several minor injuries and interruptions, and despite the desperate attacks of the Northern Mariana Islands, the game finished with no winner.

It was Macau’s first historical point, while the Northern Mariana Islands still have a chance to qualify for the next round, but to do so will have to defeat the home side Guam in the last match of the women’s tournament, scheduled for July 3rd.


COMMENTS:
Macau – Tsz Wai Chao (#1, goalkeeper)
“When I heard the sound of the ball hitting the post, on the penalty kick, I thought Heaven was helping us out - but I knew that it could have been only in that occasion [laughs]. It was a historical result, I am very happy, but it was thanks to the whole team’s effort. Every player was very focused, and this game will make us stronger.

“We will be back in two years, as a better team and again we’ll work hard not to concede goals, but also to score some and win games.”

Macau – Iau Meng Vong (coach)
“The main goal for us in this match was to at least draw and thanks to the team’s effort we accomplished that. We knew that in this tournament we will have to mostly defend, we tried several different defensive tactics, and today it worked

“We have plans to develop women’s football in Macau, and to give more young girls chances to play in tournaments such as this one, I hope today’s result proves inspiring also for the girls back at home”

Northern Mariana Islands - Gabrielle Race(#18, captain)
“I am very frustrated, there were a lot of opportunities that should have gone in, plus other complications that prevented us from scoring. Especially in the second half It was hard to keep our solid pass-work going when there were so many injuries and interruptions, I believe that was a bit the strategy that the Macau team wanted to use

“I feel like that it will be easier to play the next game versus Guam, they play great soccer. We are going to come out and play our best as well, that is what we always do.”

Northern Mariana Islands – Luam Khen Koo (coach)
“I think Macau defended very, very well and we were a bit unlucky, especially on the penalty, but that is how the game goes, there is no guarantee a penalty will go in.

“We always try to improve. Football is still very new in the Northern Mariana Islands, and these girls have started to learn football only four or five years ago. We always try to play our football, but we still lack the killer instinct in front of the goal.”