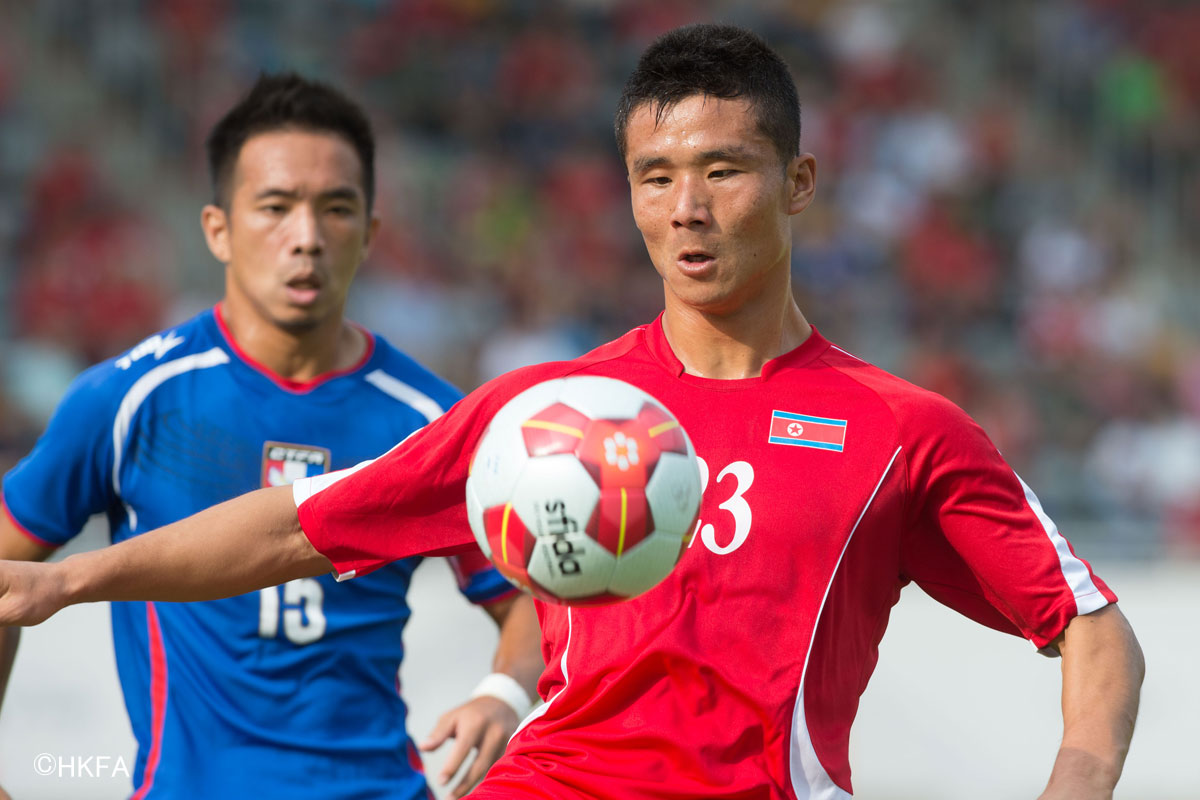 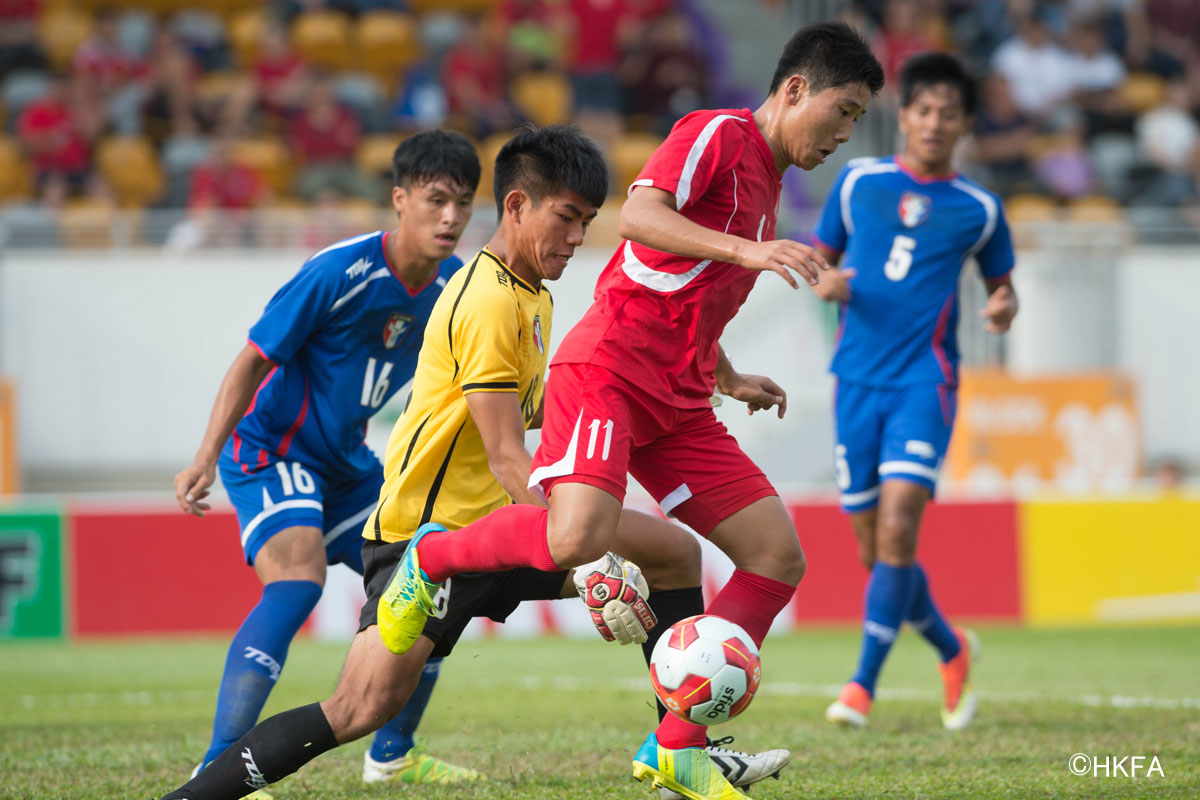 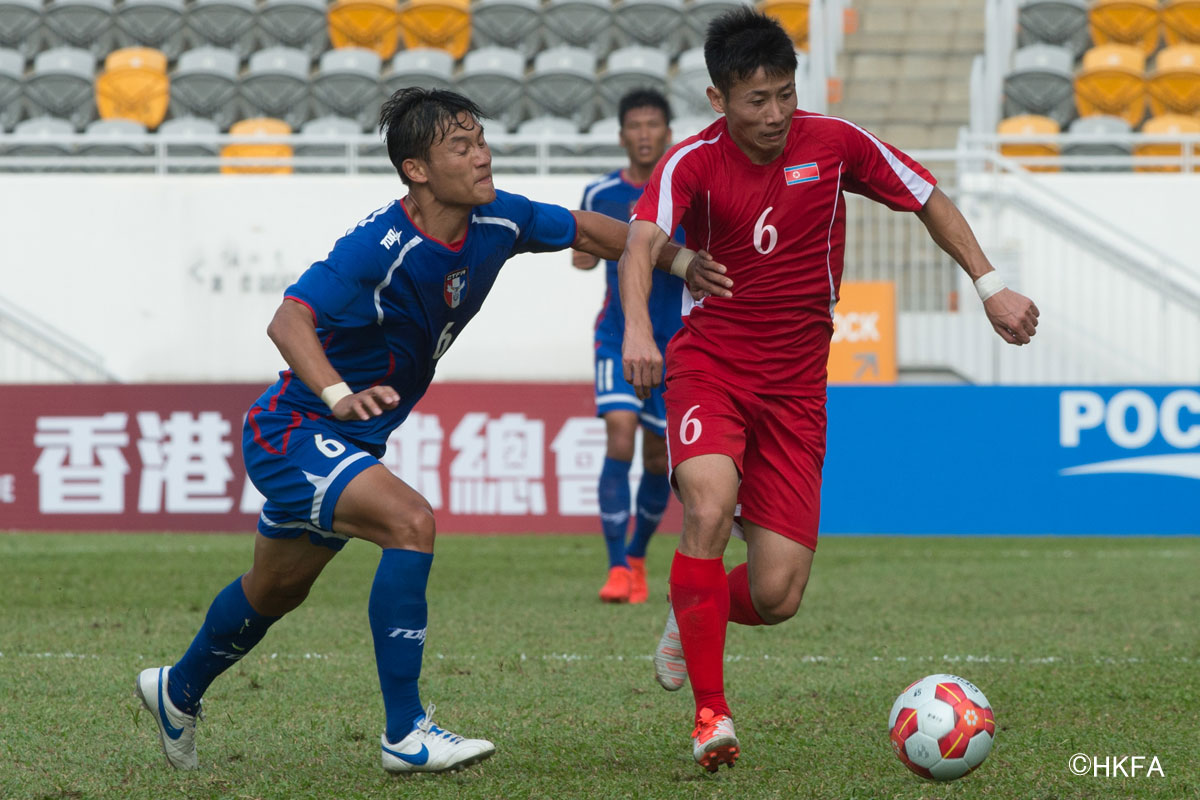 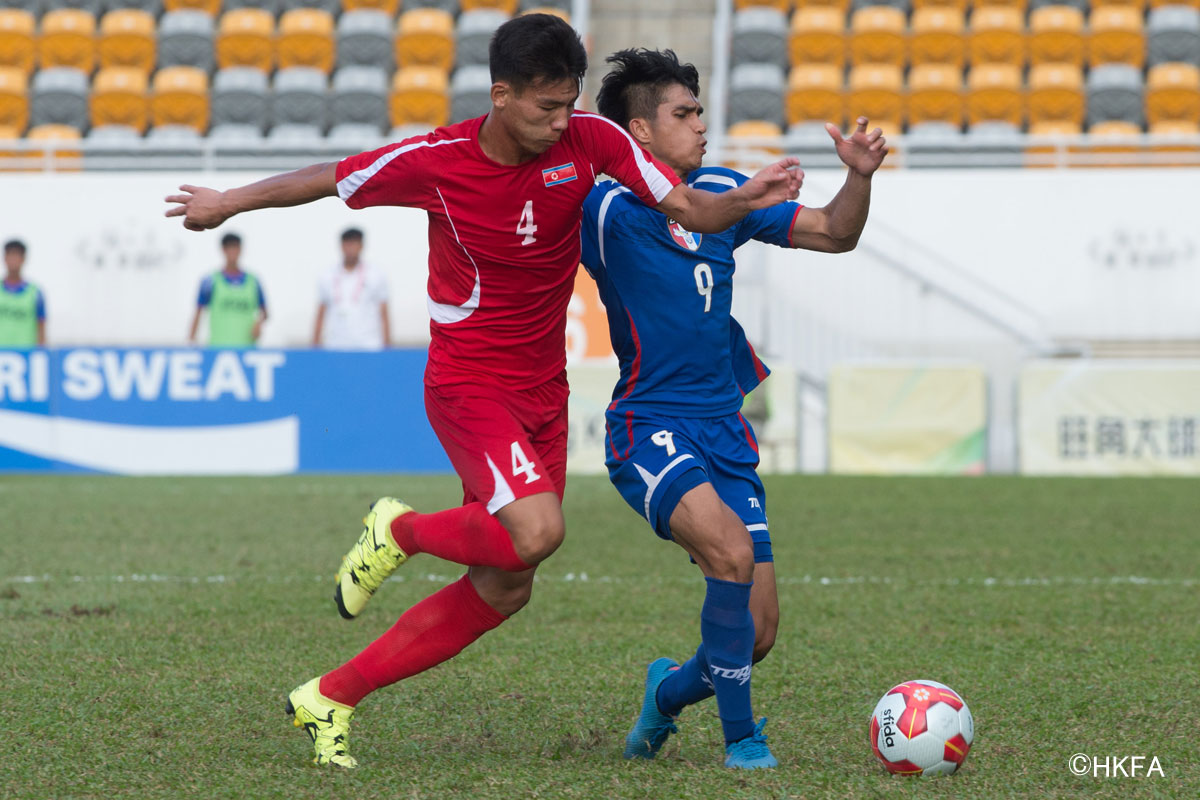 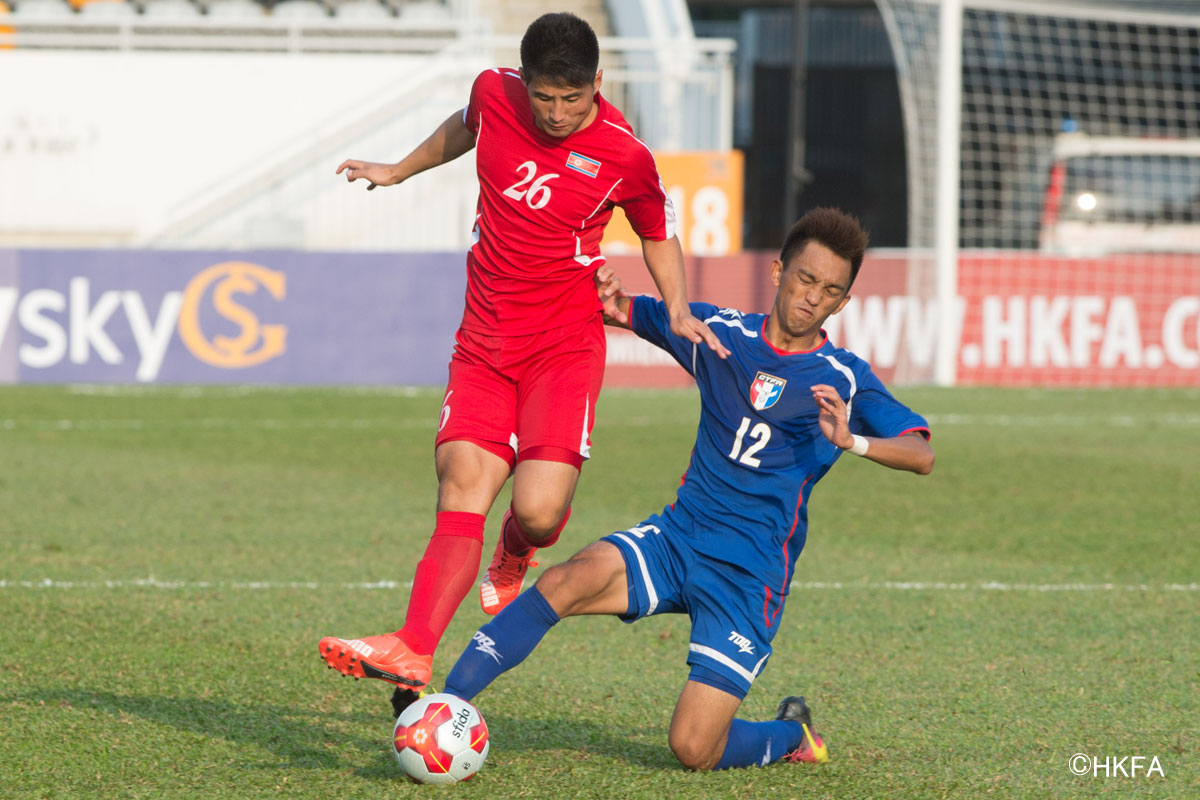 After some initial hesitancy on the part of both sides, DPR Korea applied early pressure, with SO Hyon Uk’s hearty effort from just outside the penalty area blocked by a Chinese Taipei player in the third minute.

Chinese Taipei striker WU Chun-Ching created a superb chance in the eighth minute when he drew a foul from DPR Korea defender RI Yong Chol, setting up a free kick deep in enemy territory that regrettably landed well out of play.

In the 12th minute, his teammate KIM Yu Song skillfully dribbled past a defender before forcing a superb save from Chinese Taipei goalkeeper CHIU Yu-Hung. KANG Kuk Chol’s effort on a second ball from the ensuing corner kick was well-powered, but handled safely by the goalkeeper after a deflection.

DPR Korea continued to pressure with an aggressive attack, rapidly moving the ball around the pitch with a series of well-aimed passes. They were rewarded in the 16th minute when PAK Song Chol’s corner kick was deflected into the net and credited to JONG Il Gwan.

Neither side ceded momentum as the first half came to a close, and the second half started cagily with some end-to-end attacking but little in the way of finishing.

DPR Korea were denied what looked like a sure goal after the hour mark when midfielder MYONG Cha Hyon could not put SO’s well-timed cross over the line in a one-on-one with the goalkeeper.

Defender SIM Hyon Jin would go on to score the team’s second goal in the 87th minute after relieving the injured PAK Myong Song, but DPR Korea coach ANDERSEN Jorn could not watch from pitch-side having been ejected 10 minutes earlier for arguing with the match officials over his desired substitutions.

The result was perhaps a bit harsh on Chinese Taipei, who could be faulted for a lack of chances on goal played gutsy football in the debut match of head coach KURODA Kazuo just four days into his tenure.