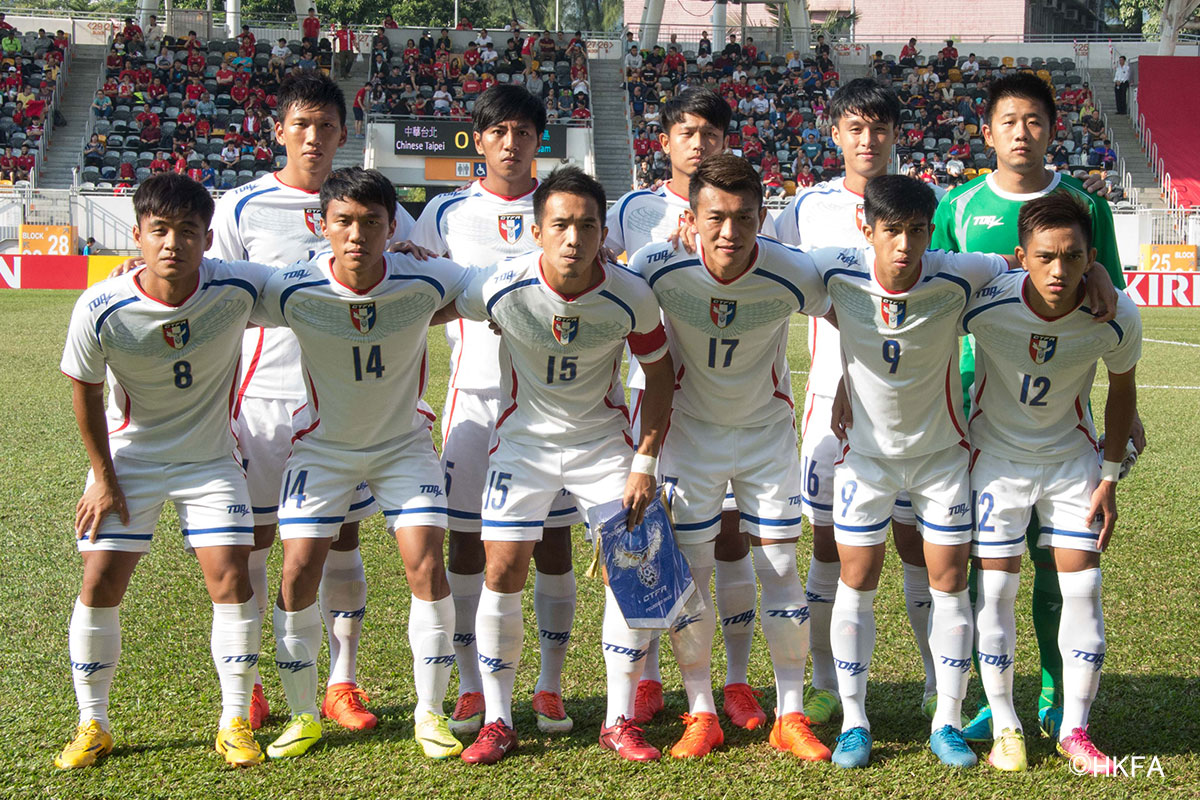 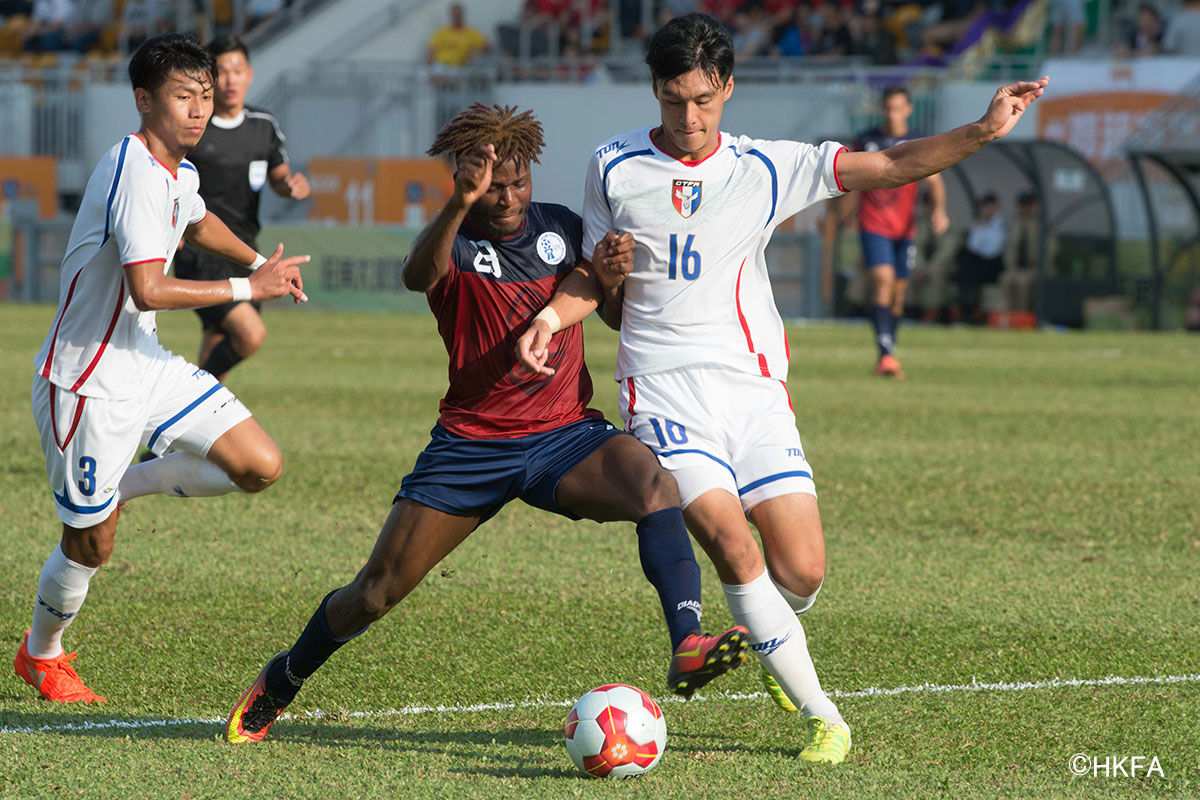 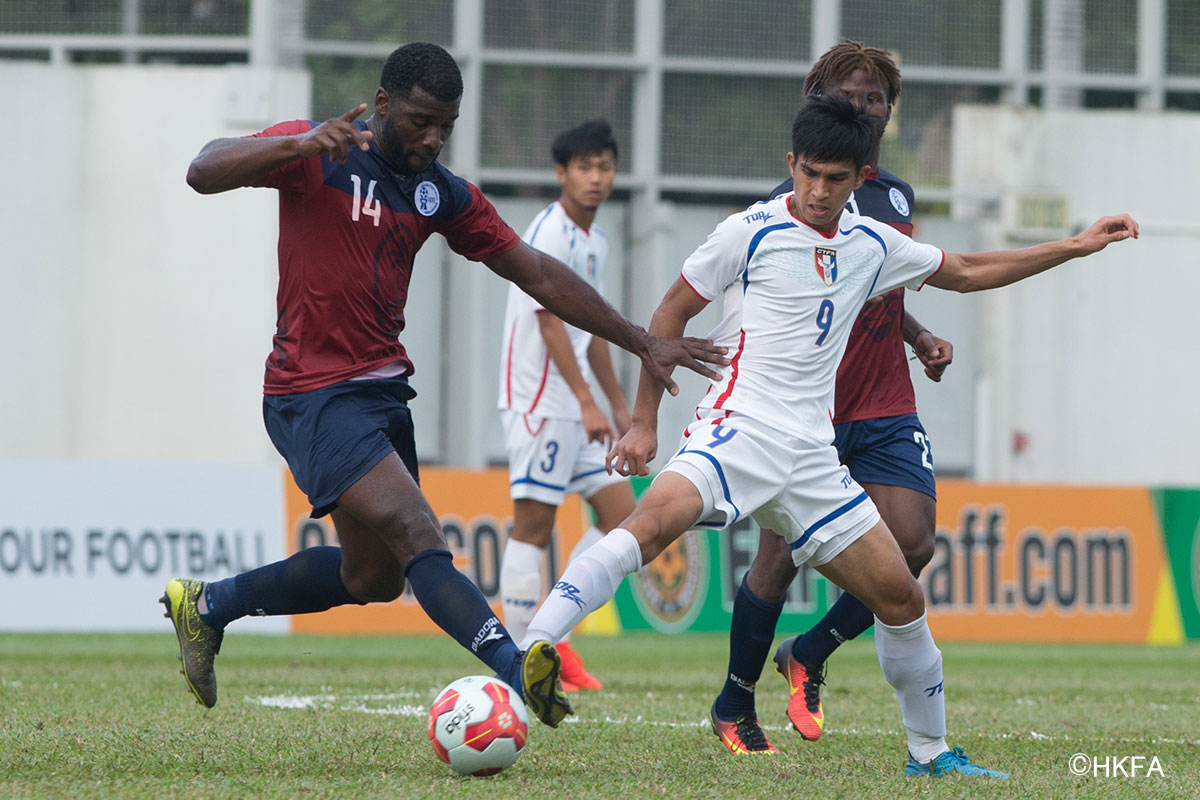 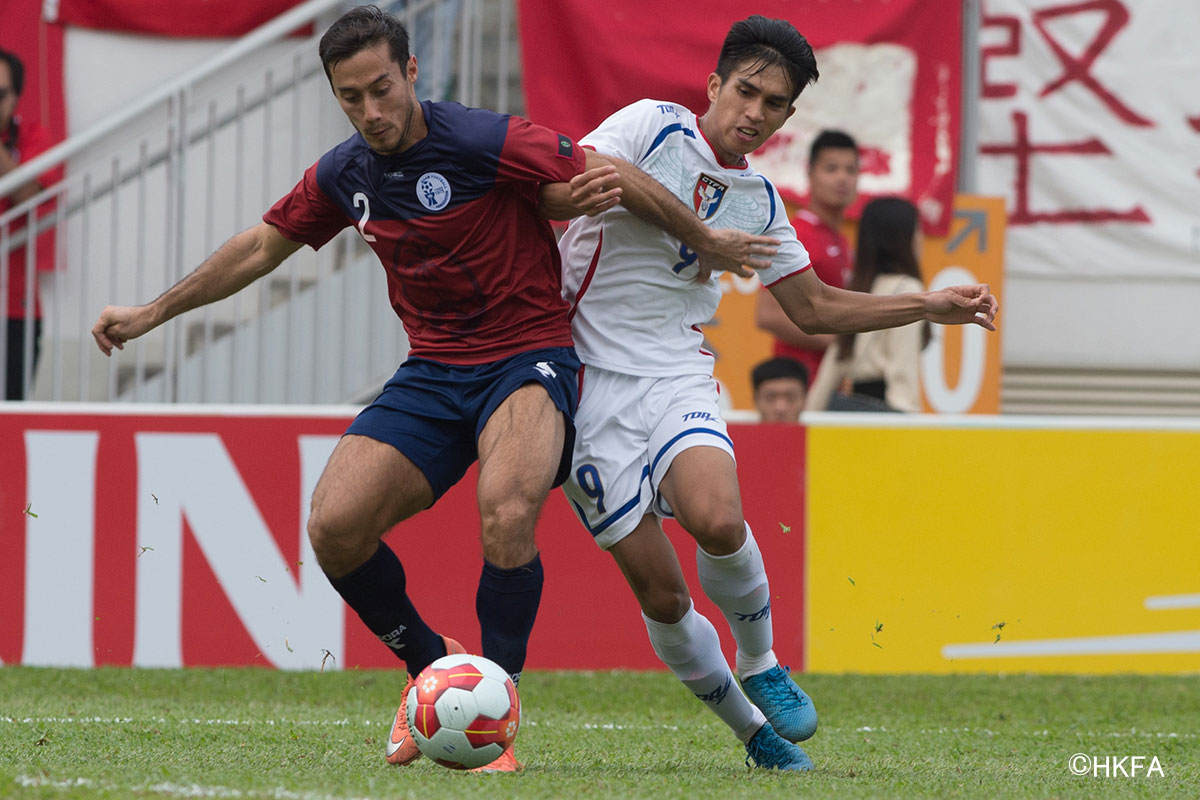 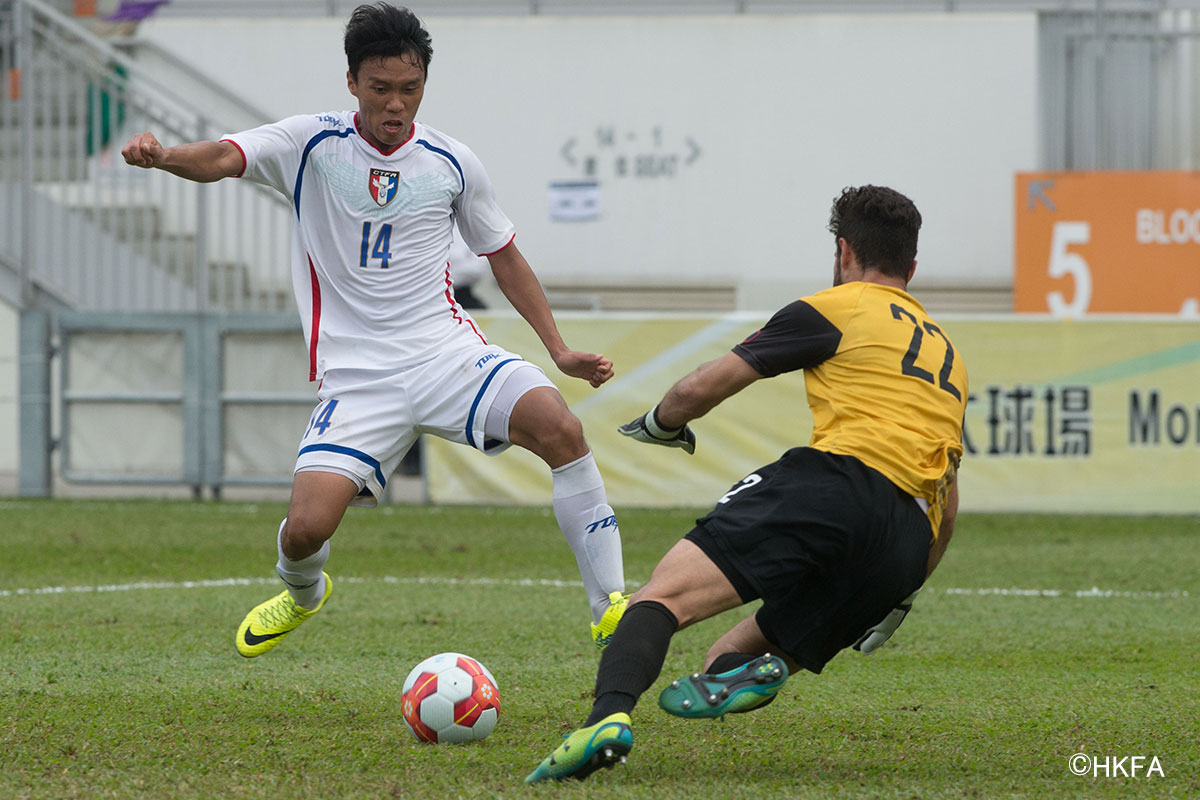 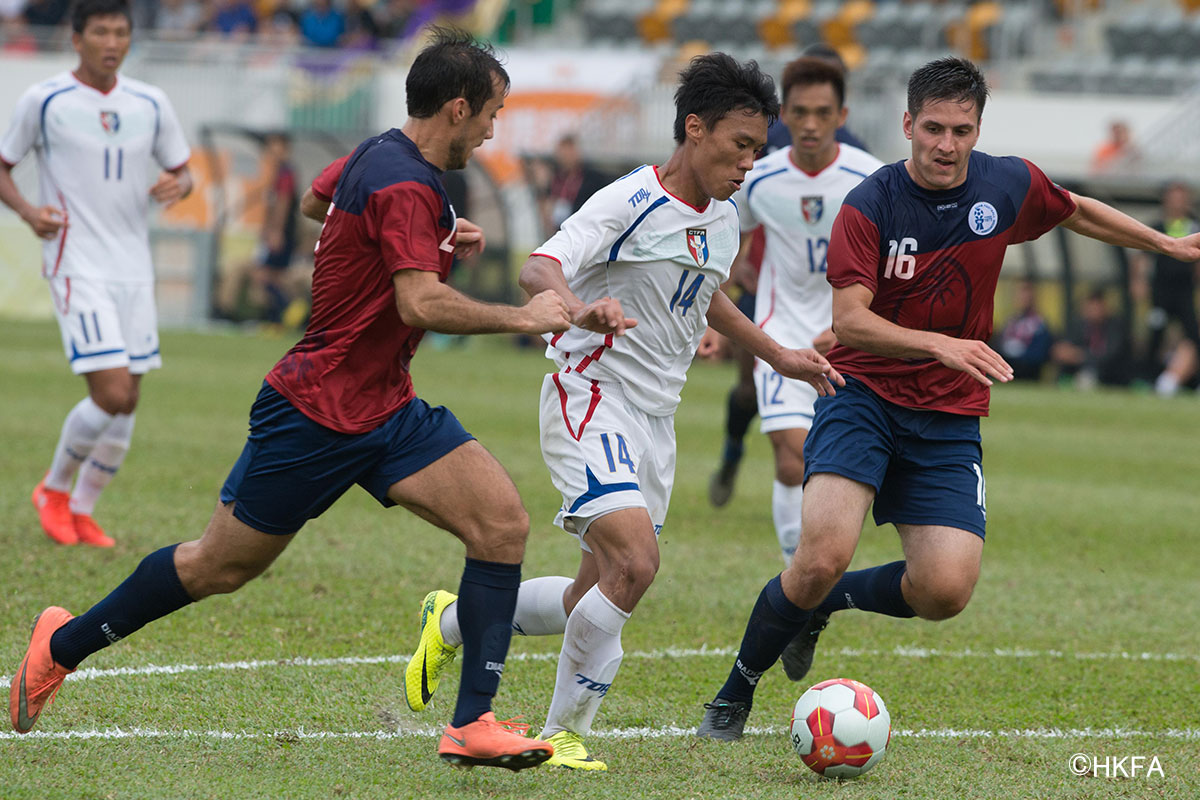 Chinese Taipei applied pressure in the opening minutes, with CHEN Chao-An taking the first shot of the match on a header that went straight to Guam goalkeeper JAYE Dallas in the third minute.

Seconds later he set up LIN Chieh-Hsun outside of the penalty area, whose shot requiring a diving save to keep out of the net.

Guam showed more drive toward the goal than in previous games, with MALCOLM Shane in particular taking on multiple defenders and creating chances with his long throw-ins, as well as blunting the Chinese Taipei attack by forcing a turnover in the 16th minute.

The pace of the match seemed set to change when LEE Justin was shown a straight red card for kicking CHEN in the face, an act which even if incidental could not be forgiven by the referee.

With their opponents shorthanded, Chinese Taipei found their chance in the 26th minute when WU Chun-Ching received the ball from CHEN Po-Liang close to the net and send it past the goalkeeper from close range.

Guam suffered another setback in the 31st minute when captain CUNLIFFE Jason was forced to leave the pitch with a leg injury; he would return to play before eventually being substituted out in the 38th minute.

Chinese Taipei also suffered a pair of injuries before the break, with both HUNG Tzu-Kuei and PAN Wen-Chieh requiring a stretcher to leave the pitch.

Despite their manpower shortage, Guam continued to press the attack with MALCOLM in particular testing the opposing defense. He found what was perhaps his best opportunity to equalise in the 54th minute following a Chinese Taiwan mis-clearance, but his shot went wide right.

Just two minutes later, Chinese Taipei goalkeeper CHIU Yu-Hung went down clutching his right ankle following a collision, and it appeared for a moment that second backup TSAI Shuo-Che would need to take to the pitch.

But CHIU endured, stopping GUY Ryan’s corner kick in the 73rd minute to retain his side’s lead, which was doubled in the 80th minute when LIN Chieh-Hsun pounced on a rebound created by CHEN Chao-An’s attempt from close range.

The 2-0 result stood after the final whistle, with coach KURODA Kazuo securing his first win since taking over Chinese Taipei last week.