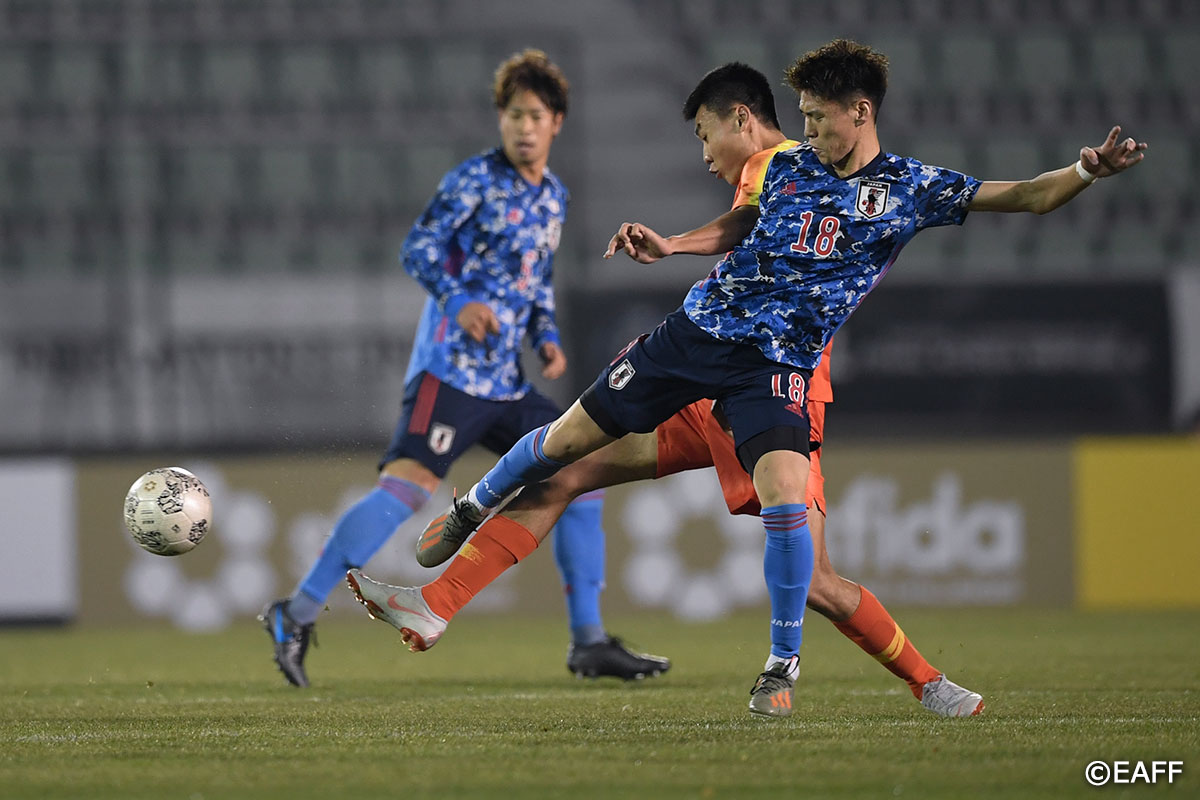 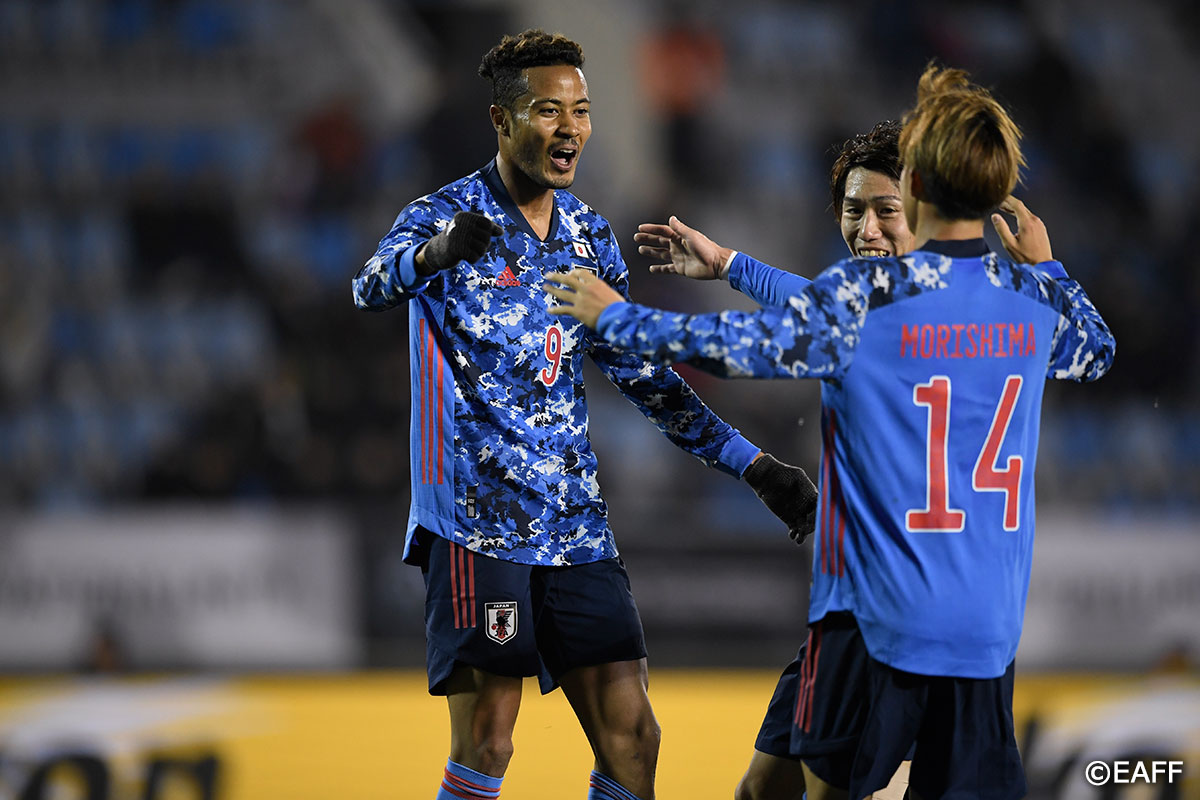 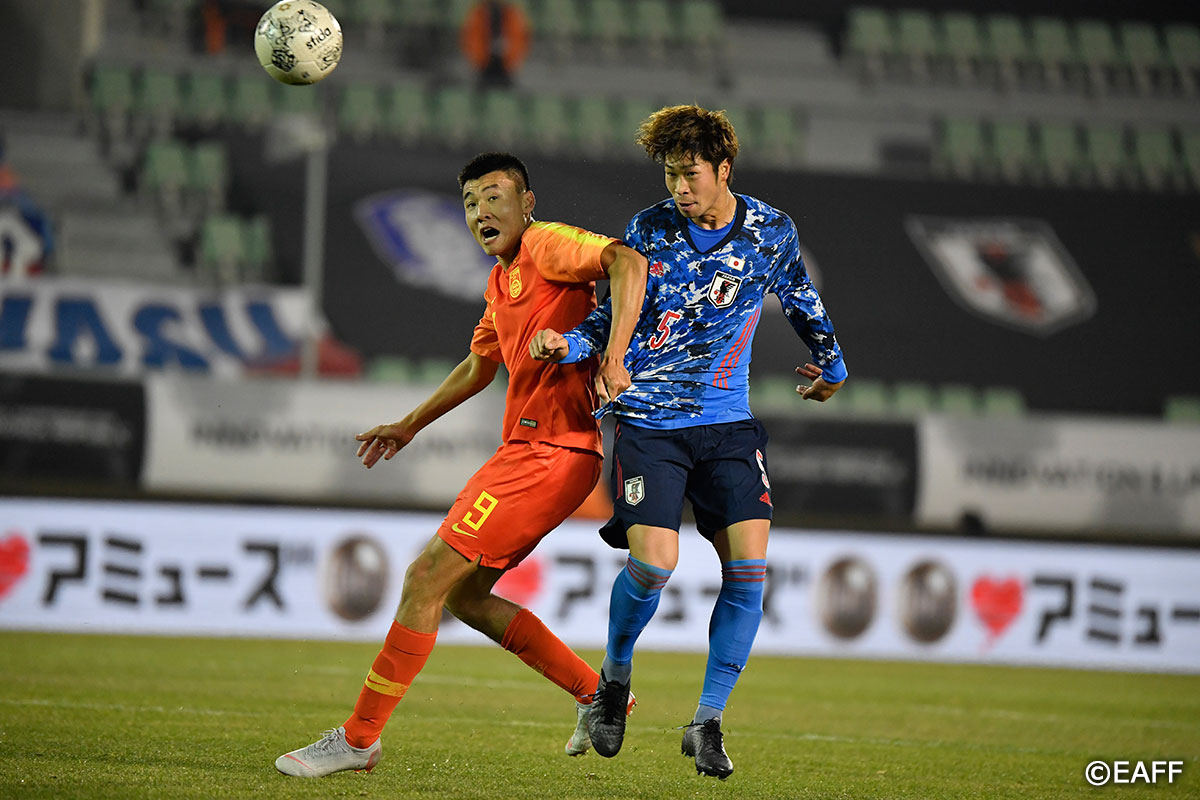 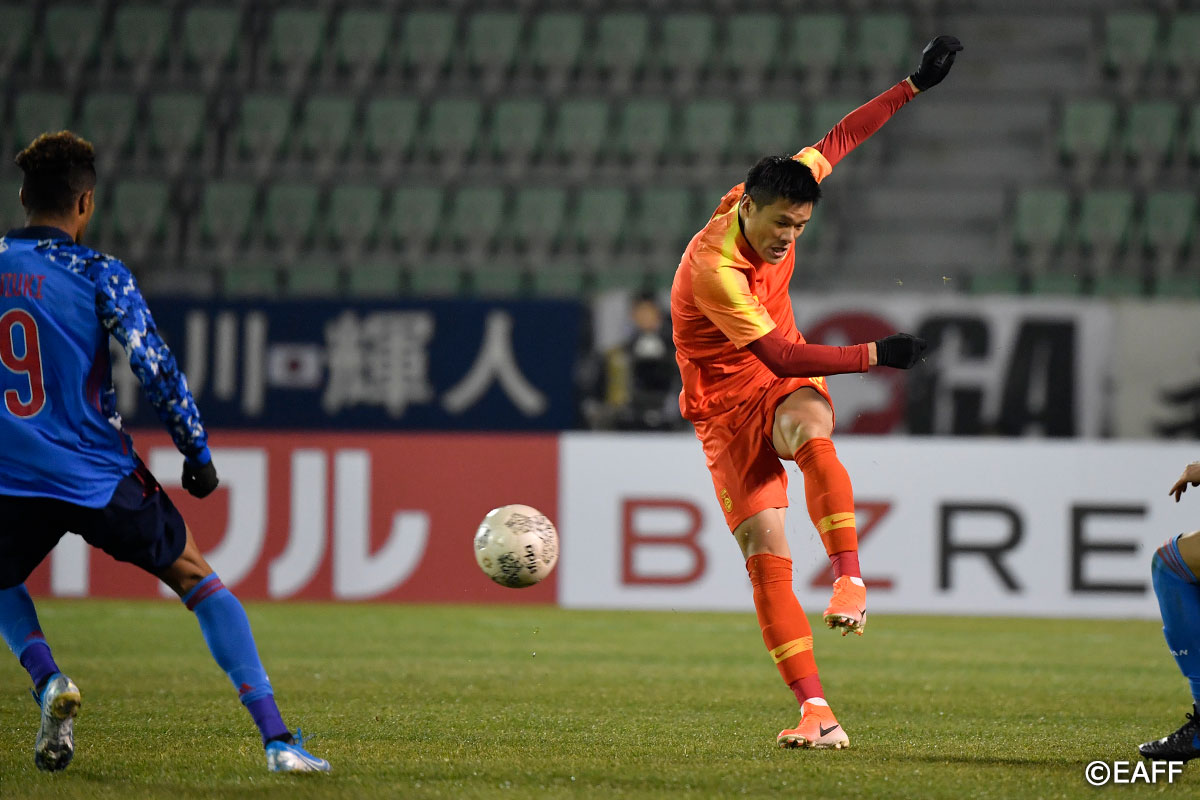 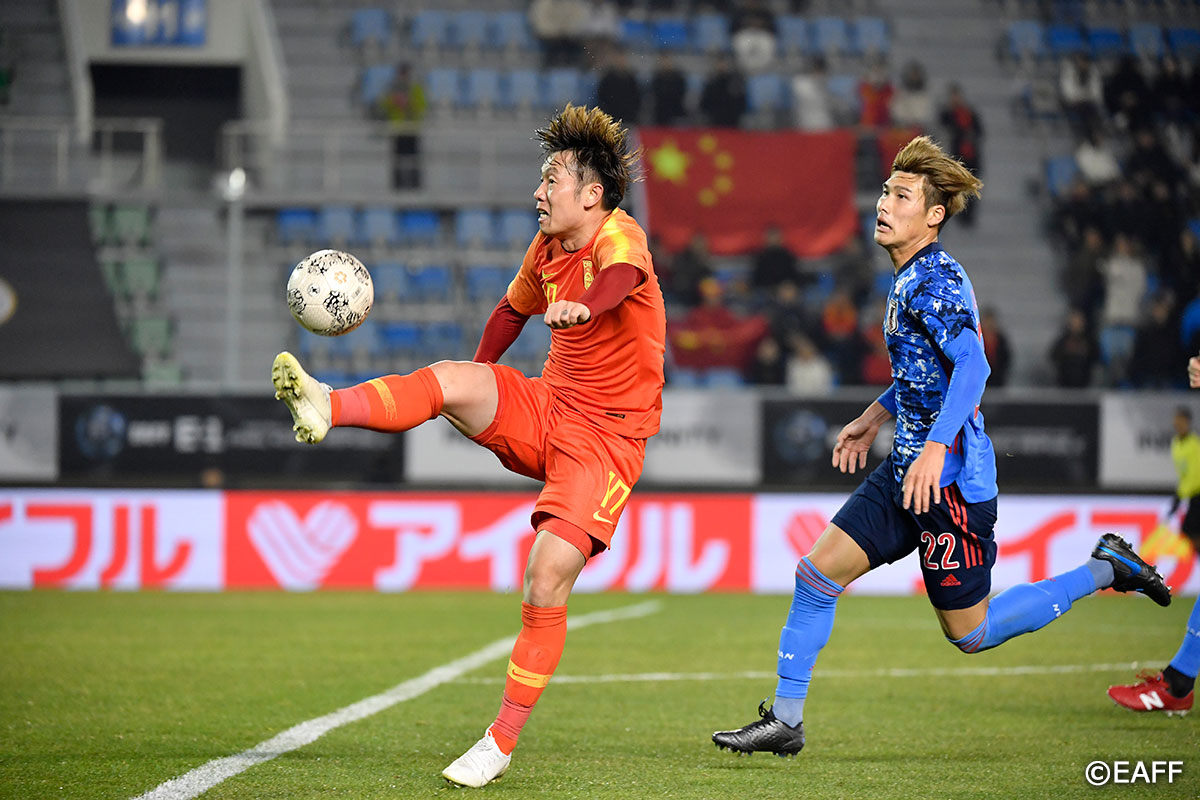 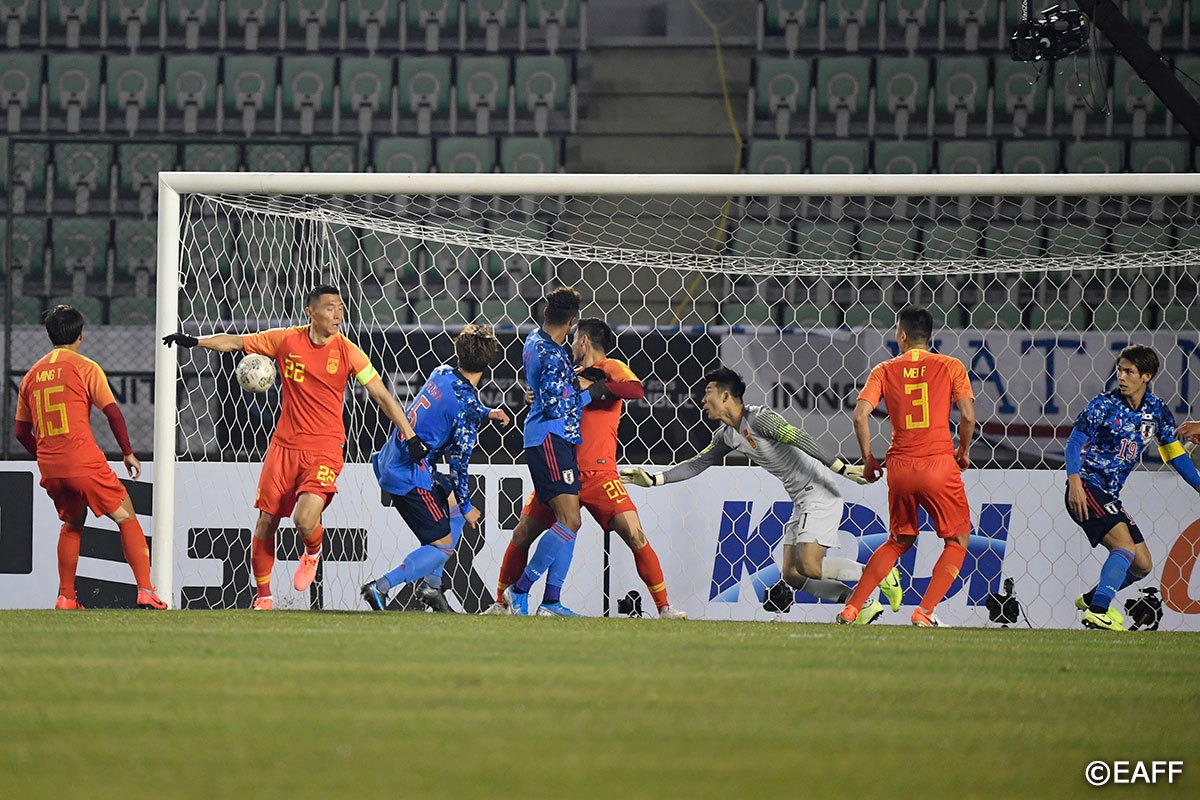 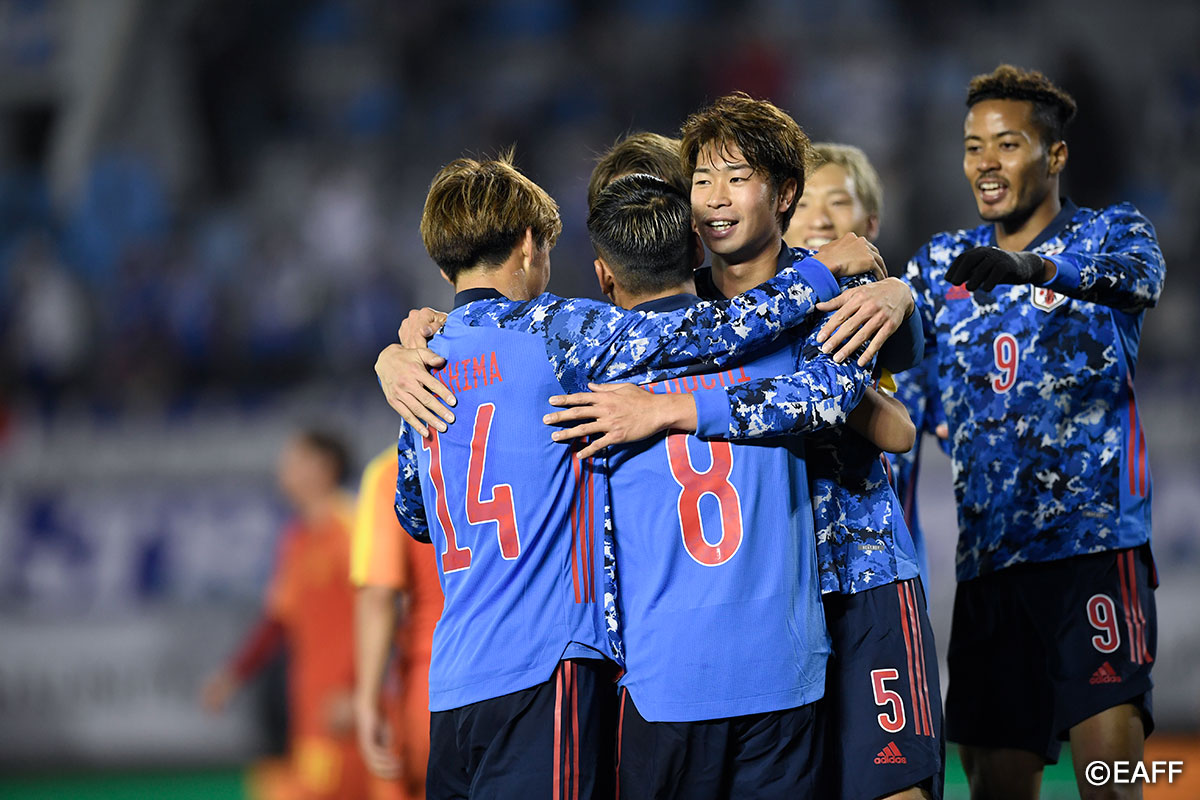 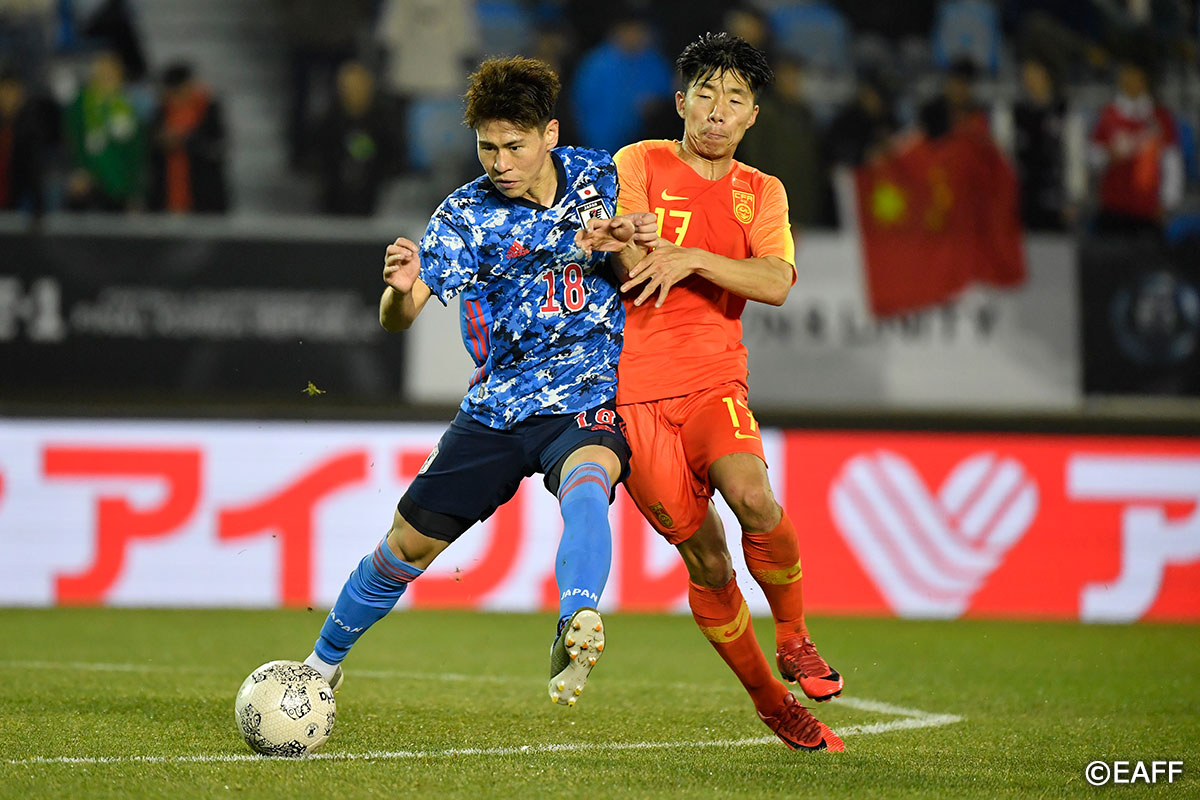 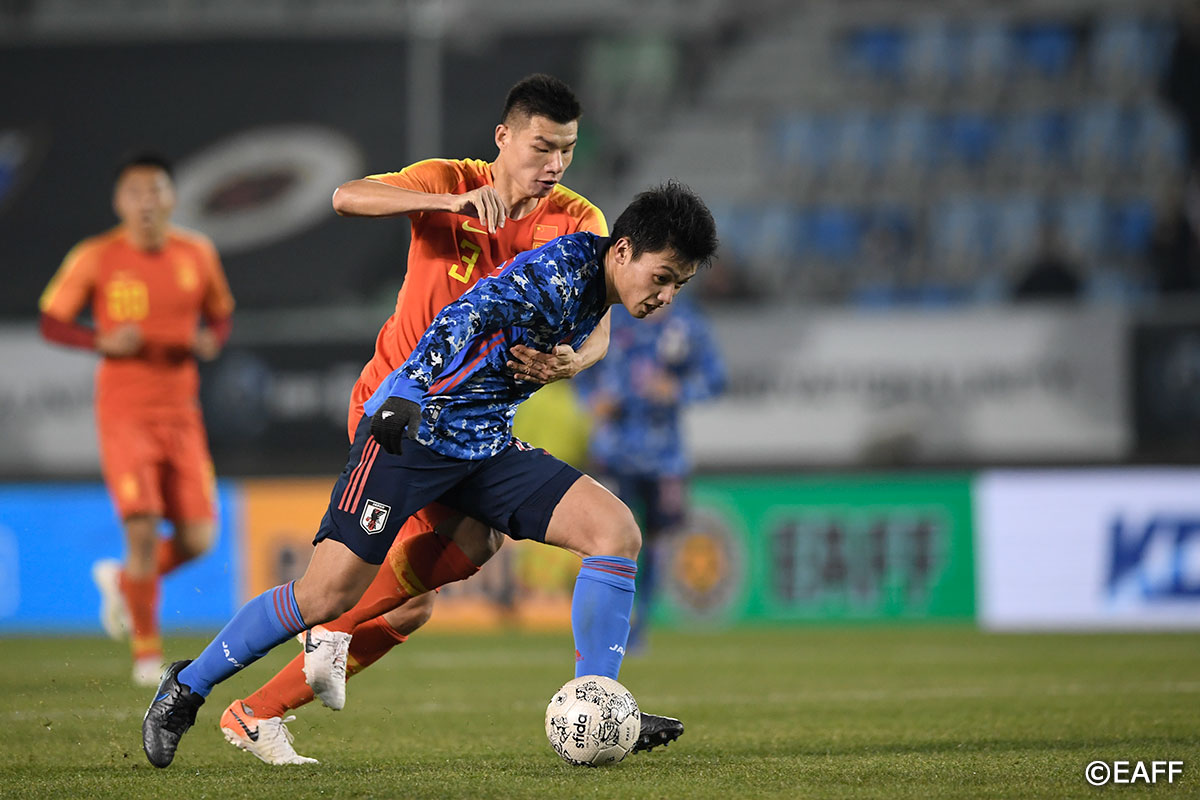 The opening day of EAFF E-1 FOOTBALL CHAMPIONSHIP 2019 FINAL KOREA REPUBLIC was held at Gudeok Stadium in Busan, Korea Rep. on December 10th. The first men`s match was a battle between Japan and China PR.

At the beginning of the match, both teams fought hard for possession. In the 7th minute, China PR defender JIANG Zhipeng had a free-kick scoring opportunity, but Japan goalkeeper NAKAMURA Kosuke made the save to keep the game tied.

China PR also had a corner kick opportunity during the 13th minute, but forward DONG Xuesheng couldn't find a good position for header. ENDO Keita used his speed to attack from left side. Although unsuccessful, Japan began pressing China PR with that attack style.

In the 28th minute, SUZUKI Musashi scored off of a cross-pass from MORISHIMA Tsukasa to put Japan on top, 1-0.

The remainder of the first half of the match went back and forth, with both teams vying for any advantage they could get. Japan took another shot from the left side, but China PR fought back just as aggressively. China PR forward DONG Xuesheng took a great shot in the 44th minute, but it went wide in front of the net.

In the second half, China PR started to put pressure on Japan. MING Tien took a strong shot from the right side of the penalty area at the 52nd minute, but Japan goalkeeper NAKAMURA Kosuke made another save to keep his team on top.

Japan didn't give up on the attack, either. In the 70th minute, a well-placed corner kick to MIURA Genta set him up to score Japan's second goal, putting them up 2-0 over China PR.

Although down by two goals, China PR continued to press the attack. Forward TAN Long made a great shot during the 80th minute, but it went slightly wide of the left goalpost.

In the 90th minute, China PR forward DONG Xuesheng scored a direct penalty kick off of NAKAMURA Kosuke to score. However, it was too late for China PR to create another scoring opportunity, and the game ended with a 2-1 win for Japan.