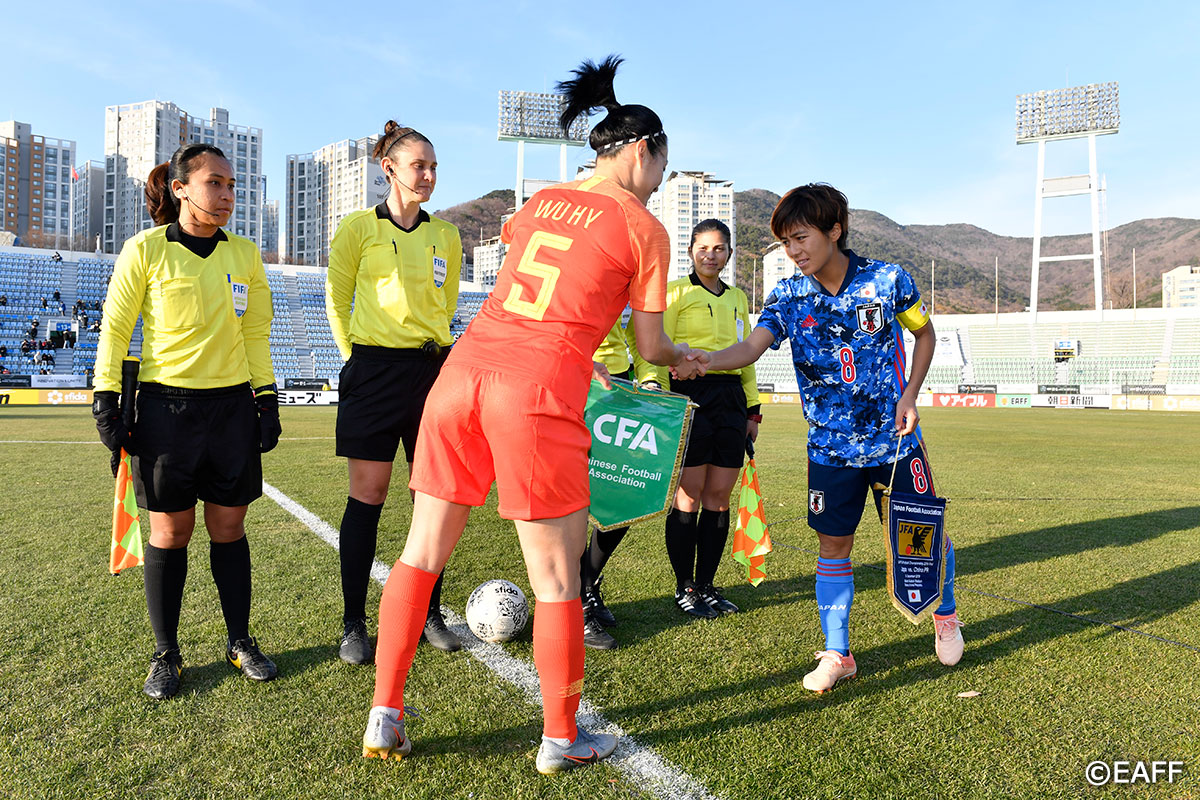 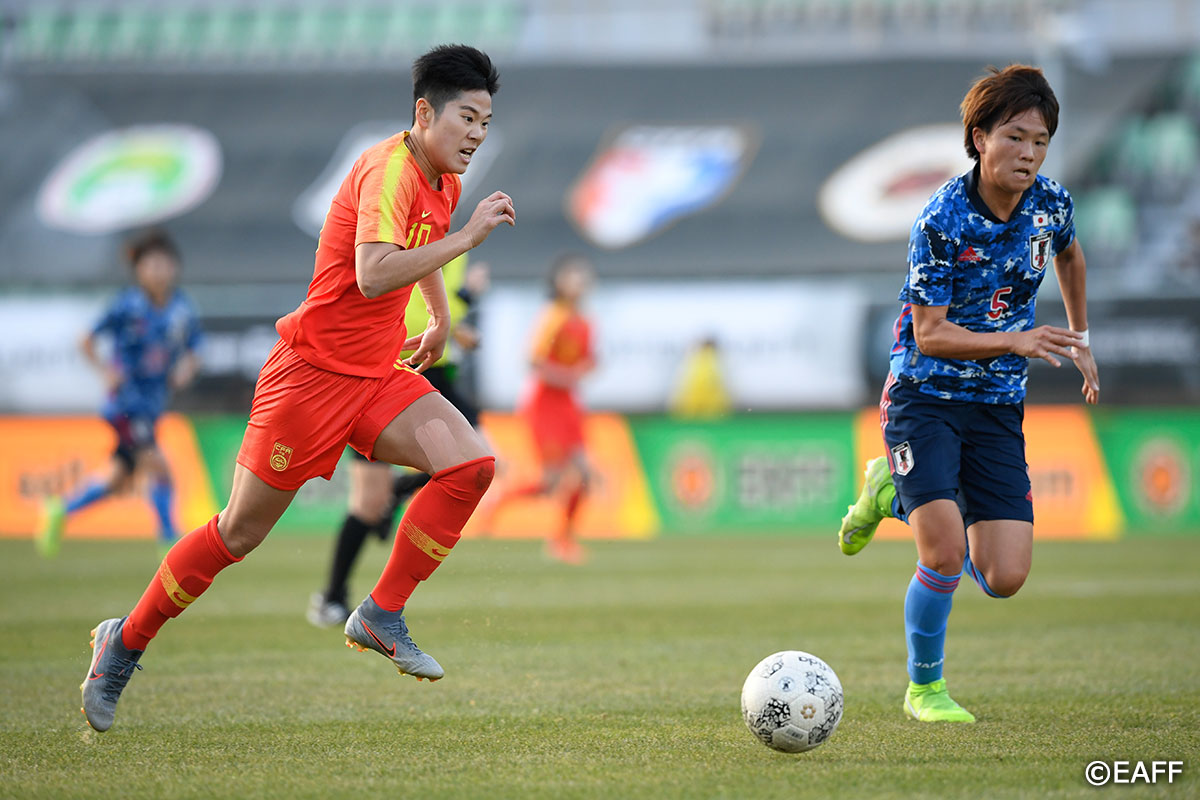 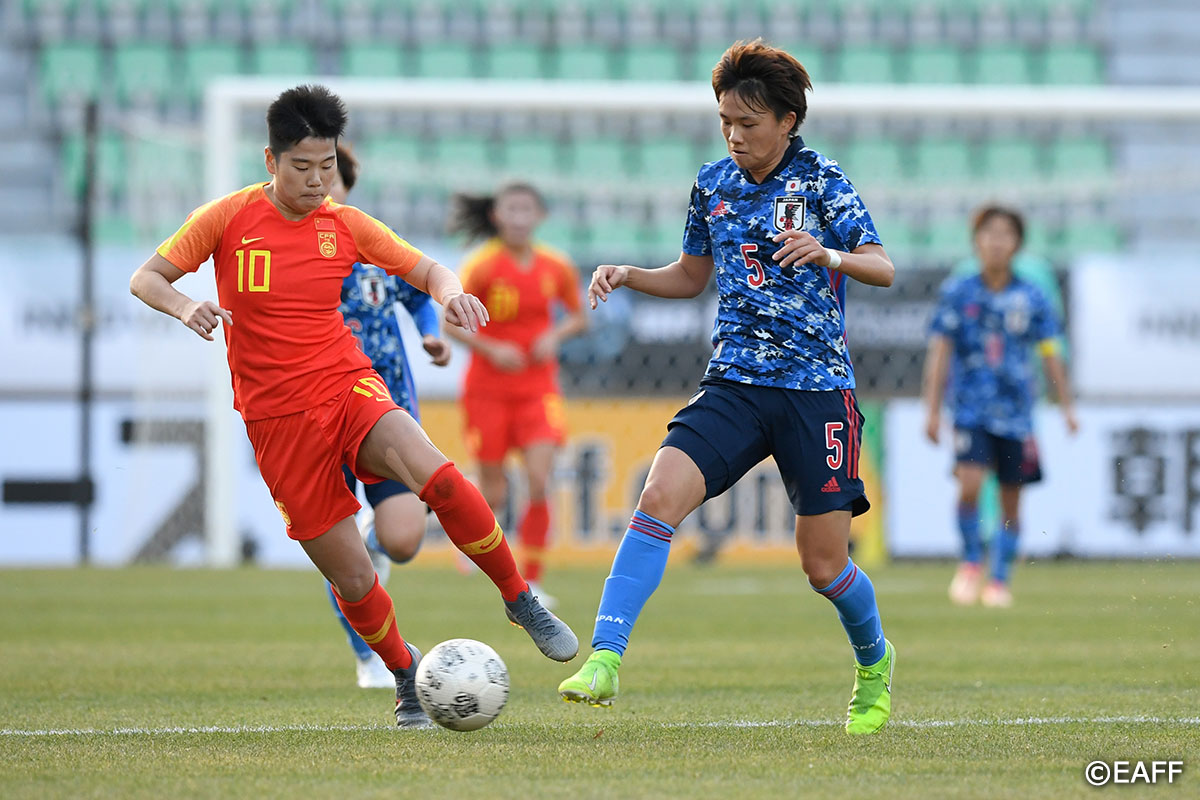 Fresh off their win against Chinese Taipei, Japan wasted no time in pursuing their second victory. In the 3rd minute, captain IWABUCHI Mana took a shot from the right side of the penalty area, but China PR`s goalkeeper PENG Shimeng was able to make the save.

In the 9th minute, IWABUCHI Mana and MIYAGAWA Asato ran a well-organized wall pass around the penalty area. IWABUCHI Mana finally capitalized on an opportunity and took the shot, putting Japan up 1-0.

After the first goal, China PR stiffened their defense and successfully turned away several scoring attempts from Japan. In the 42nd minute, Japan created an opportunity with a well-placed corner-kick, but IKEJIRI Mayu missed the mark in front of the goal. But two minutes later, HASEGAWA Yui set up IWABUCHI Mana with a nice short-pass, allowing IWABUCHI to score her second goal of the match and extend Japan’s lead to 2-0.

In the second half, IWABUCHI Mana had a good opportunity in front of the goal during the 47th minute, but China PR`s goalkeeper PENG Shimeng was able to stretch out a leg to deflect the ball.

In the 56th minute, China PR goalkeeper PENG Shimeng blocked a left-side shot, but IWABUCHI Mana was right there on the rebound to get the third goal of her hat-trick and make the score 3-0 Japan.

But China PR was still in the game. TANG Jiali had an opportunity during the 72nd minute, but Japan goalkeeper YAMASHITA Ayaka was able to hand-block TANG’s strong shot. China PR continued to bombard the goal with shots, but almost all of them were from outside the penalty area. The game ended in a 3-0 Japan victory.