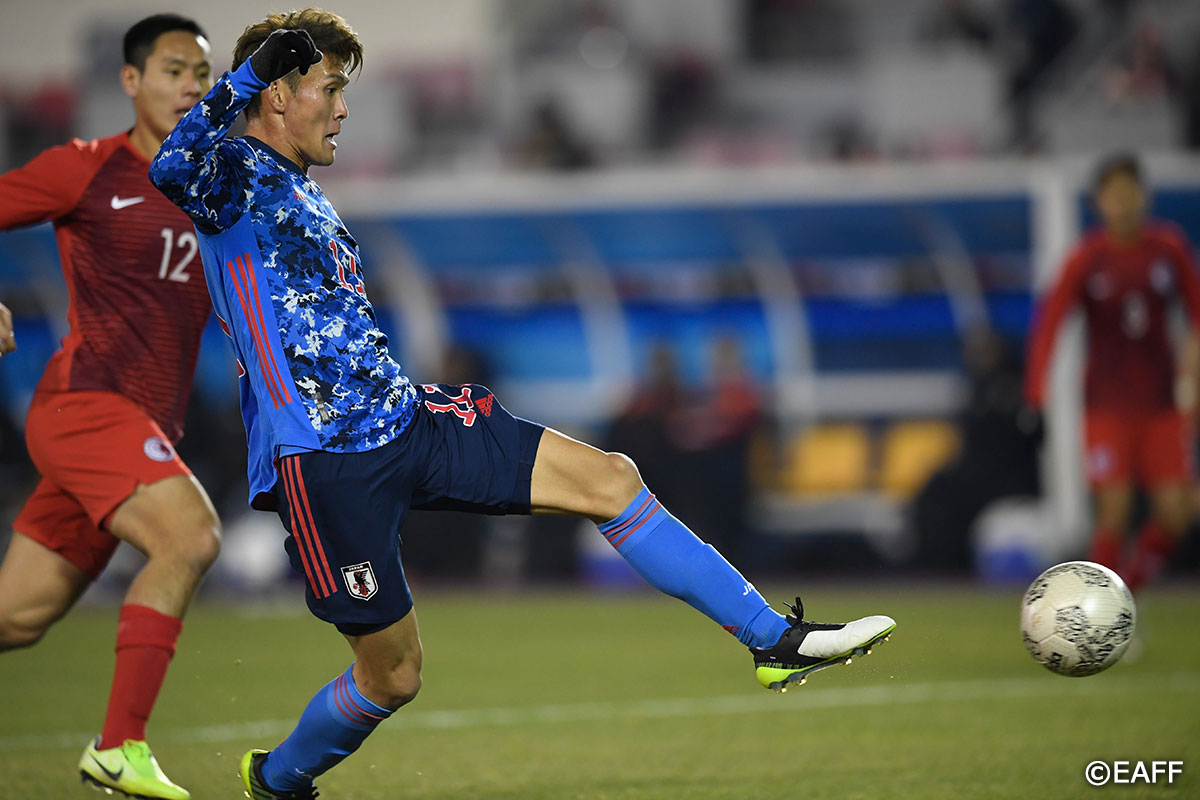 In the 3rd minute, Hong Kong had a great scoring opportunity, but the shot went wide of the goalpost. Five minutes later, Japan defender SUGA Daiki made a strong shot from the left side and scored the first goal of the match, putting Japan up 1-0.

After the first goal, Japan went on the fast-attack. In the 14th minute, captain OHSHIMA Ryota put up a corner-kick in front of the goal, allowing TAGAWA Kyosuke to score off of a header for Japan’s second goal of the match.

Japan looked for holes in the penalty area. During the 26th minute, forward OGAWA Koki found an empty spot on the left side and booted in an easy shot to score Japan’s third goal of the game, putting them up 3–0.

In the 46th minute, a strong pass from right side passed in front of goal line. TAGAWA Kyosuke recovered the ball and passed it to OGAWA Koki from the left, setting up OGAWA Koki for another easy shot to extend Japan’s lead to 4-0.

In the second half, Hong Kong swapped in two substitutes to change their attack. In the 55th minute, midfielder CHENG Chin Lung took a great shot, but the ball hit the crossbar. Three minutes later, OHSHIMA Ryota placed a corner-kick into the penalty area, allowing OGAWA Koki to seal his hat-trick off a header to make the score 5-0.

For the next 20 minutes Japan kept changing up their attacks, pressing Hong Kong to defend their penalty area. In the 81st minute, forward TAGAWA Kyosuke had a great opportunity that went wide of the left goalpost. Substitute forward UEDA Ayase also had an opportunity in the 85th minute, but his header deflected off the right goalpost.

The Hong Kong team only had three shots the entire game, and none of them were on target. This match ended in a 5-0 Japan victory.