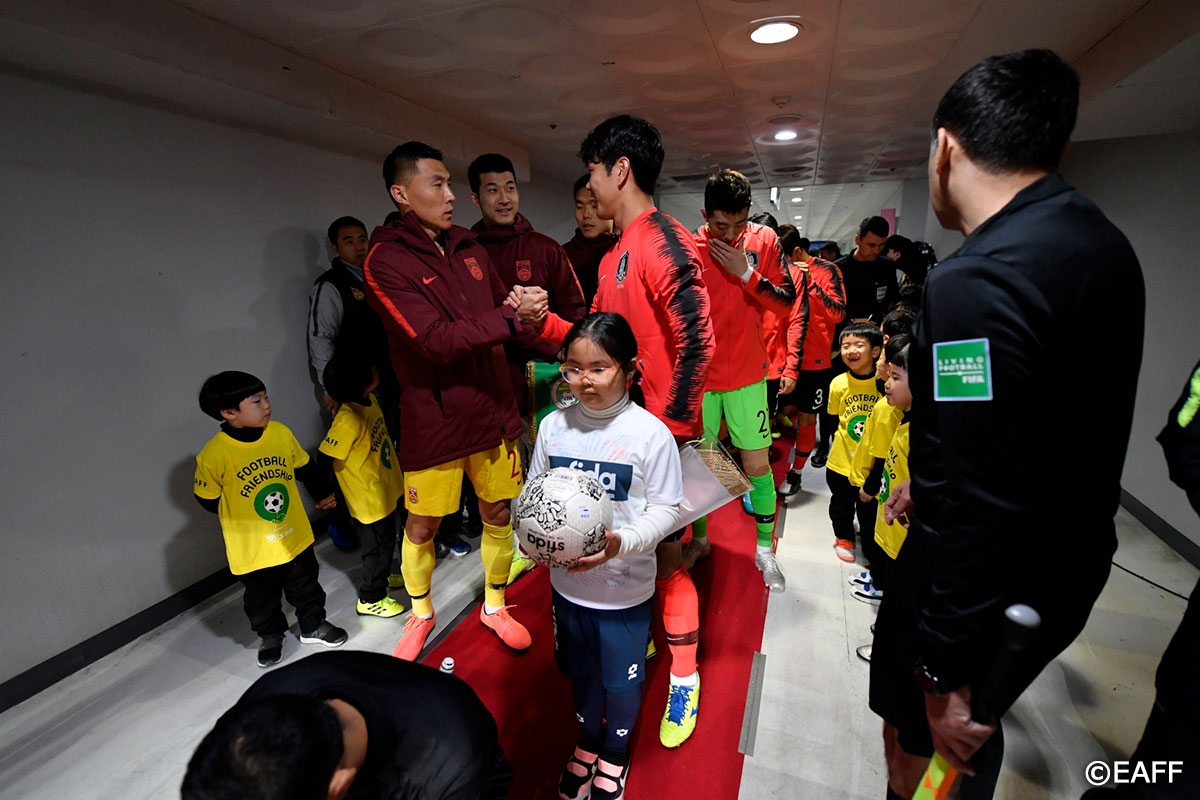 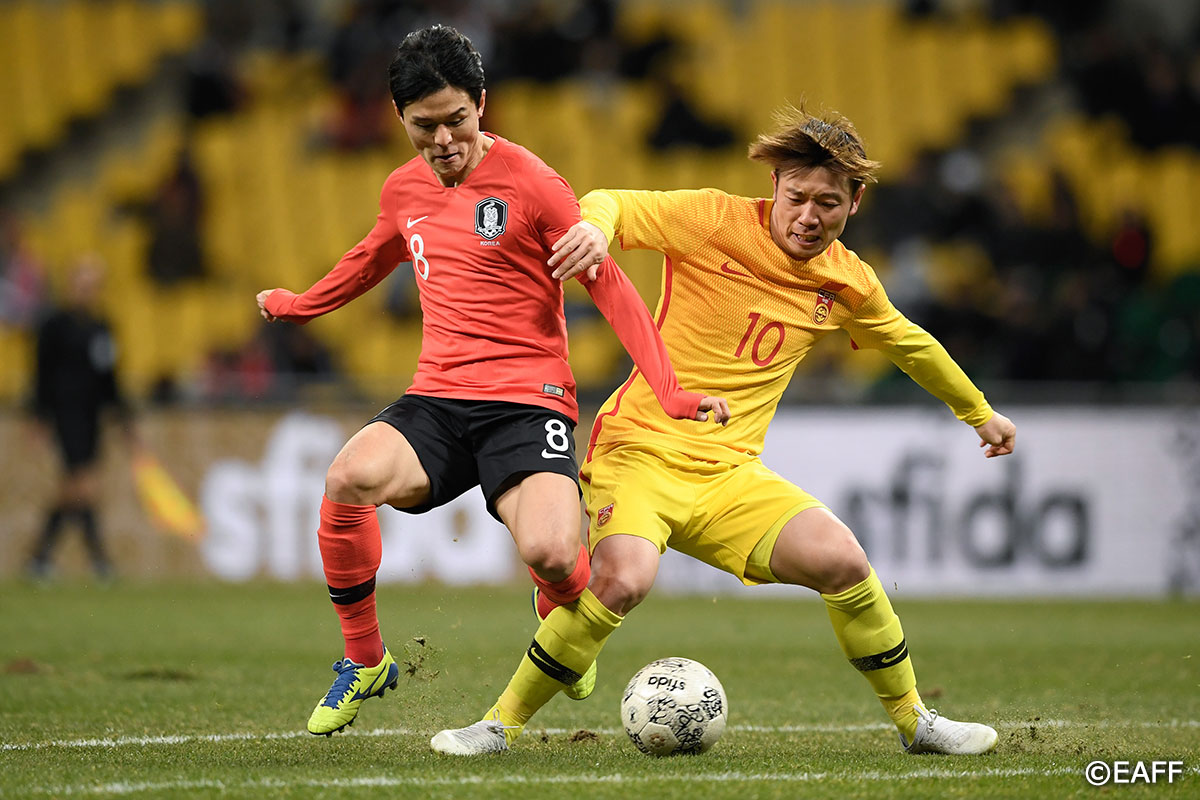 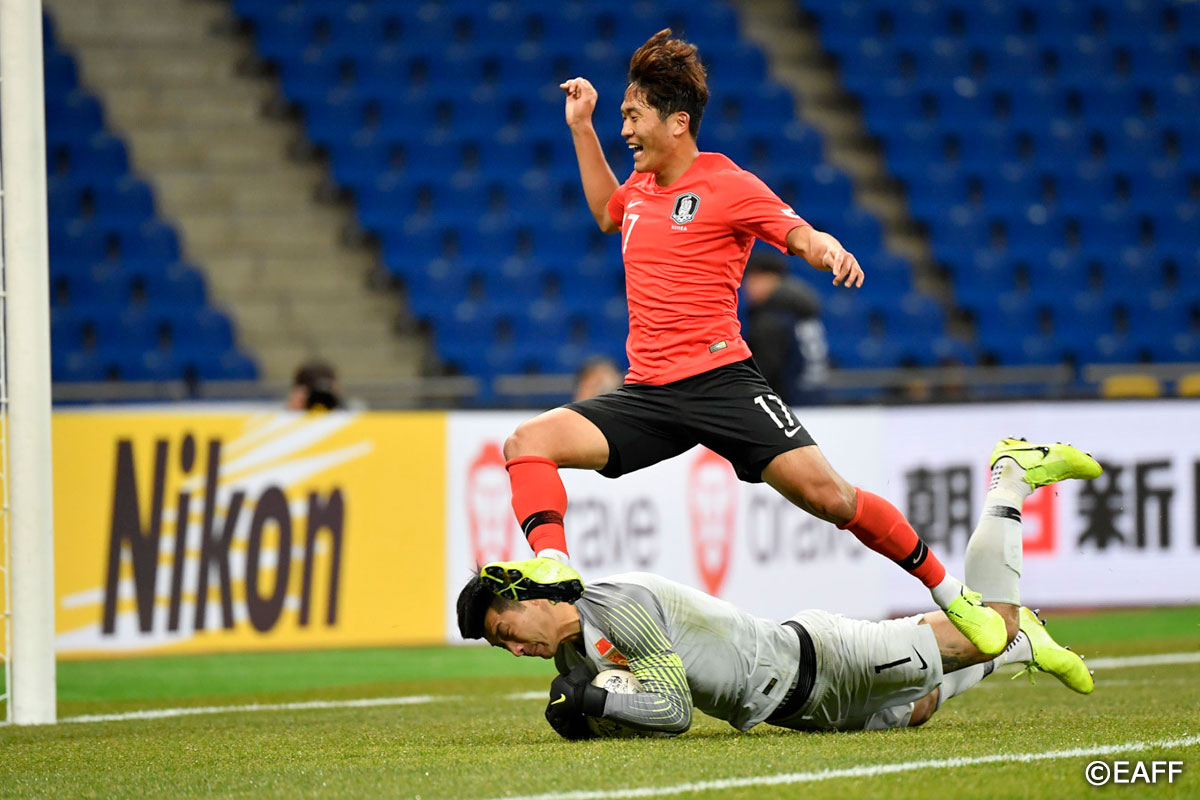 In the 10th minute, China PR made a great pass from the right-wing, but forward TAN Long was not able to capitalize and the ball went wide of the right goalpost. 3 minutes later, Korea Rep. defender KIM Minjae put in a header from a well-placed corner-kick for the first goal of the match, putting Korea Rep. on the board 1-0.

Korea Rep. midfielder NA Sangho showed some aggression during the 27th minute of the match, taking a penalty-area shot off of a well-placed corner-kick and then rushing the penalty area a few minutes later. Unfortunately, both shots went wide of the right goalpost.

In the second half, Korea Rep. started off with a fast attack, but in the 47th minute NA Sangho ran so fast that the ball dropped on the left side of the net. 7 minutes later, LEE Yeongjae attempted a free-kick, but the shot went over the crossbar.

In the 57th minute, LEE Jeonghyeop passed to LEE Yeongjae from the right side. LEE Yeongjae attempted a strong shot, the ball was off-target.

China PR wanted to stay on the attack, but DONG Xuesheng did not receive a pass from his teammate as he rushed into the penalty area. In the 74th minute, China PR`s JIANG Zhipeng had another opportunity with a free-kick, but it was cleared by Korea Rep.

Although Korea Rep. maintained ball possession, they missed many scoring opportunities. The China PR team only had 2 shots. This match ended in a 1-0 Korea Rep. victory.