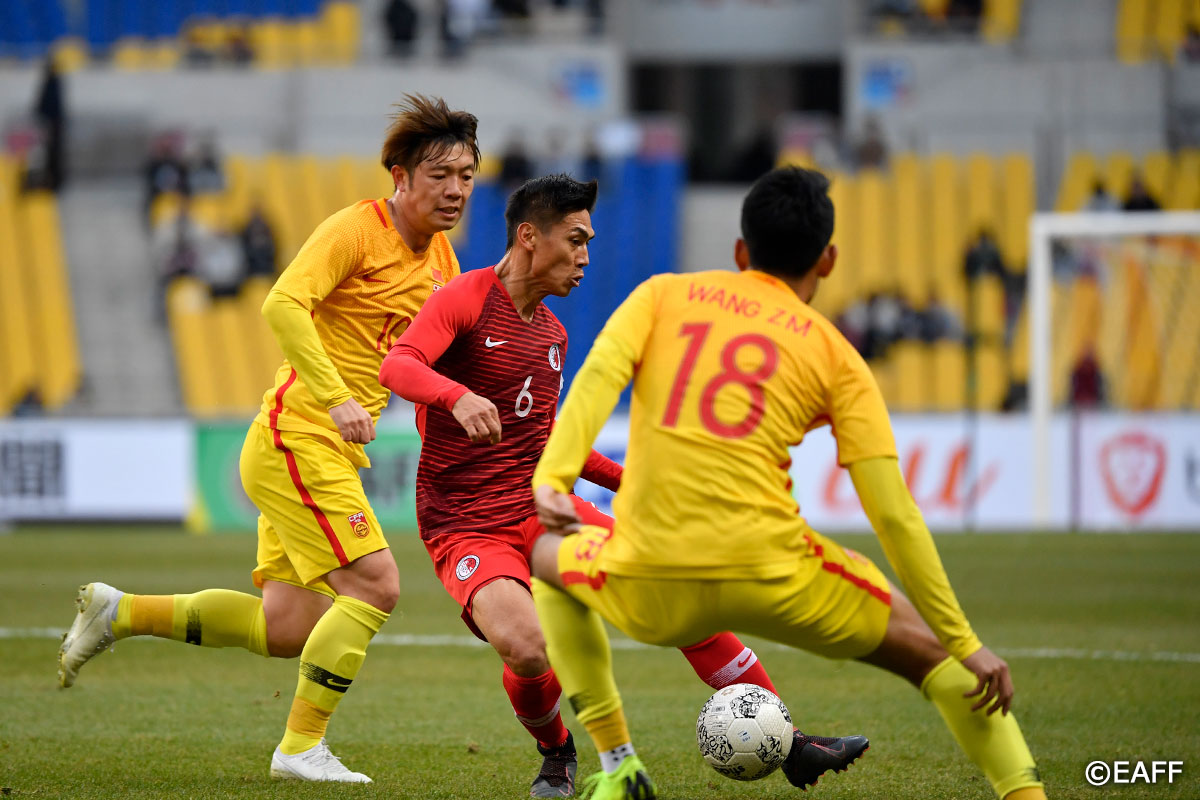 In the 8th minute, ZHANG Xizhe placed a corner-kick in the penalty area. Defender Ji Xiang to jump in for a header to score the first goal of the match, putting China PR up 1-0.

Hong Kong tried to respond to the sudden deficit. Forward Giovane Alves da SILVA had a great scoring opportunity from the penalty area during the 15th minute, but ball hit the crossbar.

Hong Kong started another attack from left side in the 31st minute. Giovane Alves da SILVA was on the receiving end of a great pass, but his shot was denied by China PR goalkeeper LIU Dianzuo.

4 minutes later, China PR had a free-kick 10 yards from the penalty zone. China PR captain YU Dabao made a bicycle kick, but the ball was off target.

China PR had few free-kick opportunities in the second half, but were unable to put points on the board. In the 57th minute, Hong Kong midfielder WONG Wai took a shot from near the penalty area, but completely missed the mark.

China PR was very conservative on defense, passing the ball to one another and not going on the attack. China PR defender LI Ang took a free-kick during the 68th minute, but it saved by goalkeeper YAPP Hung Fai.

But then the Hong Kong team`s made a horrible mistake in the penalty area. ZHANG Xizhe took advantage of the penalty-kick opportunity to score China PR’s second goal, making the score 2-0.
China PR wanted one more goal. Substitute WEI Shihao received a pass from the right side, but his header was blocked by Hong Kong`s goalkeeper YAPP Hung Fai.

Hong Kong was still in the match. They started a well-organized attack, and TAN Chun Lok rushed the penalty area during the 85th minute. However, China PR`s goalkeeper LIU Dianzuo came out in time and made an early save.

Hong Kong continued fighting until the last minute, but they could not recover. This match ended in a 2-0 China PR victory.