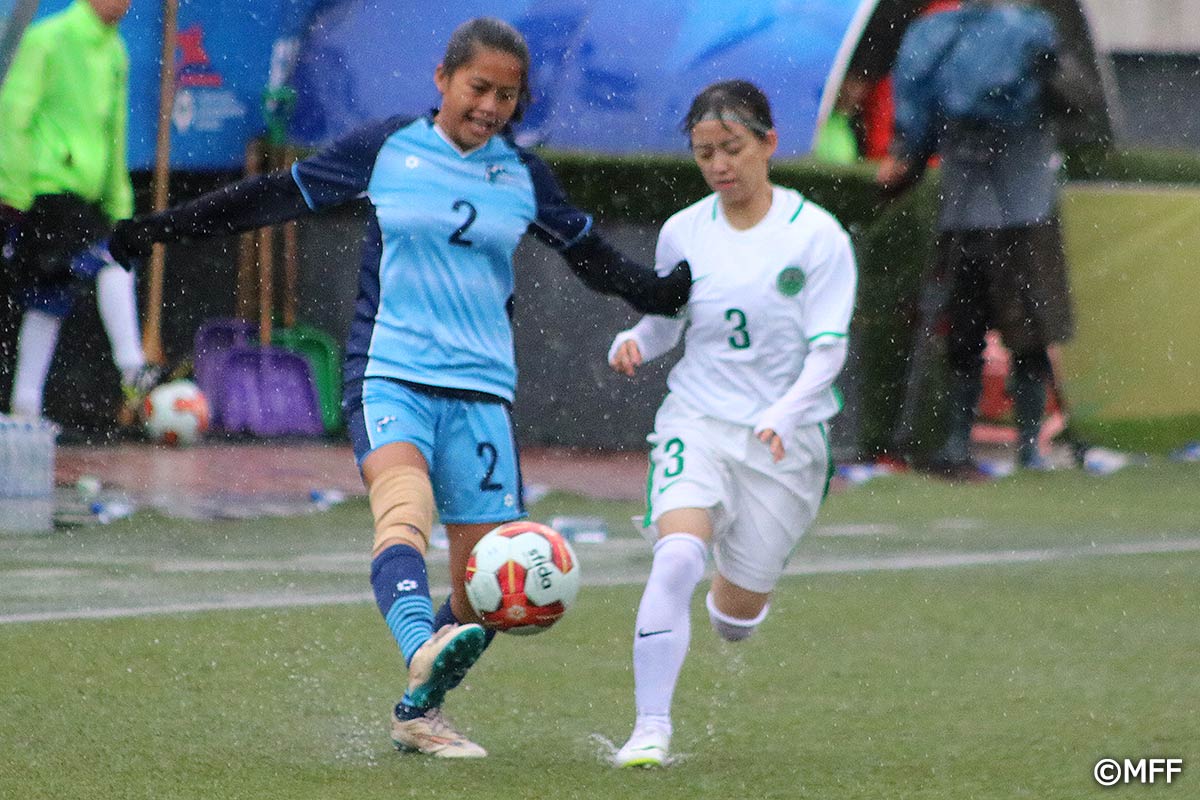 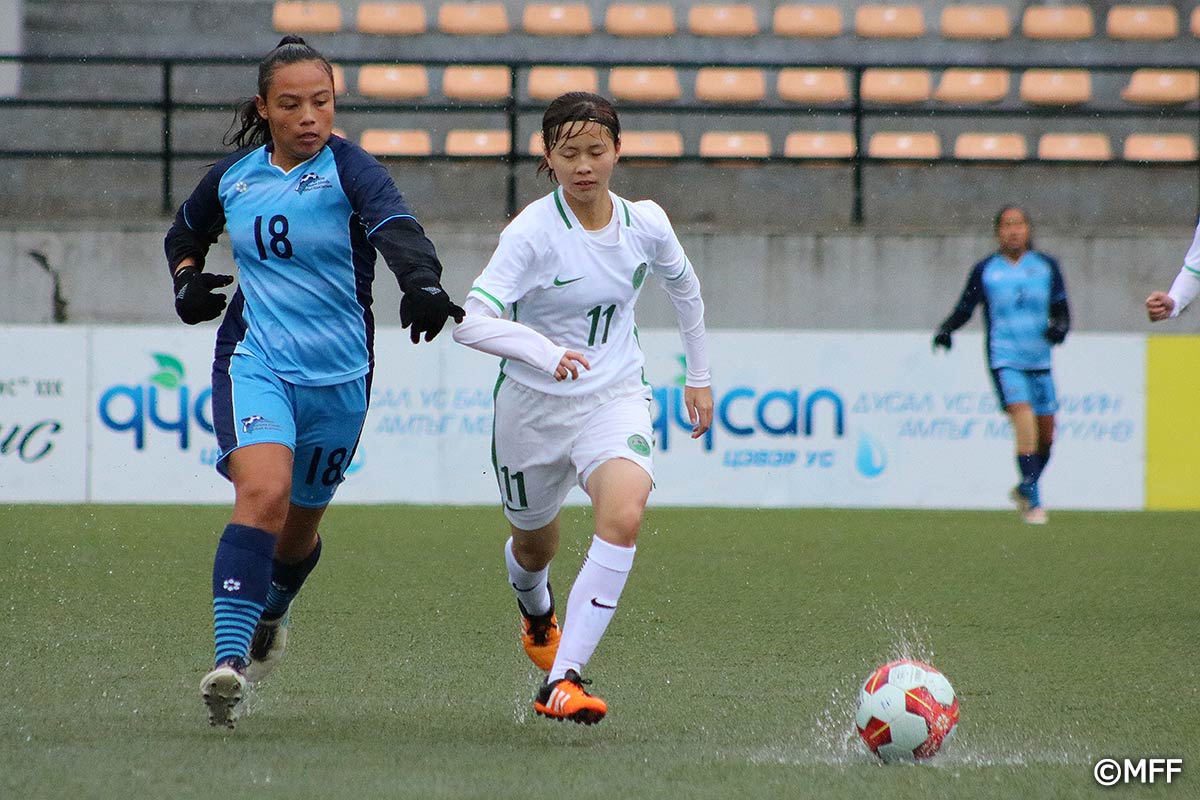 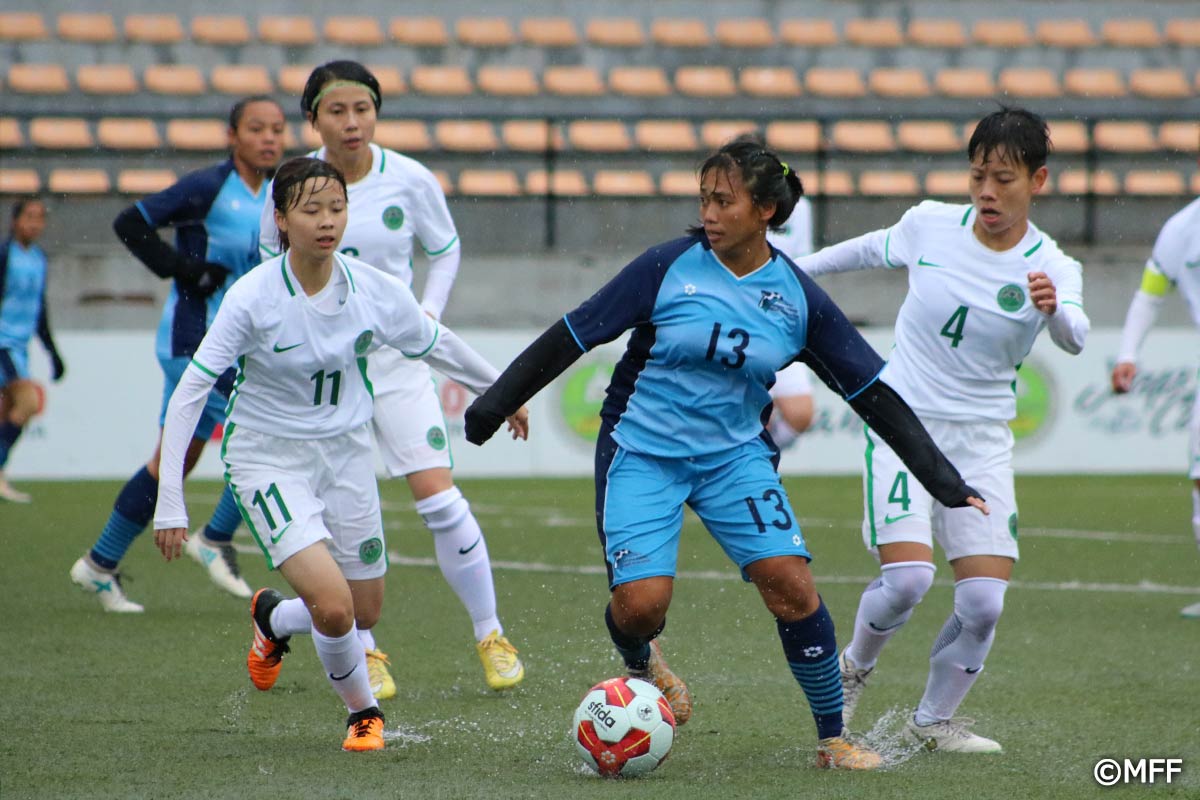 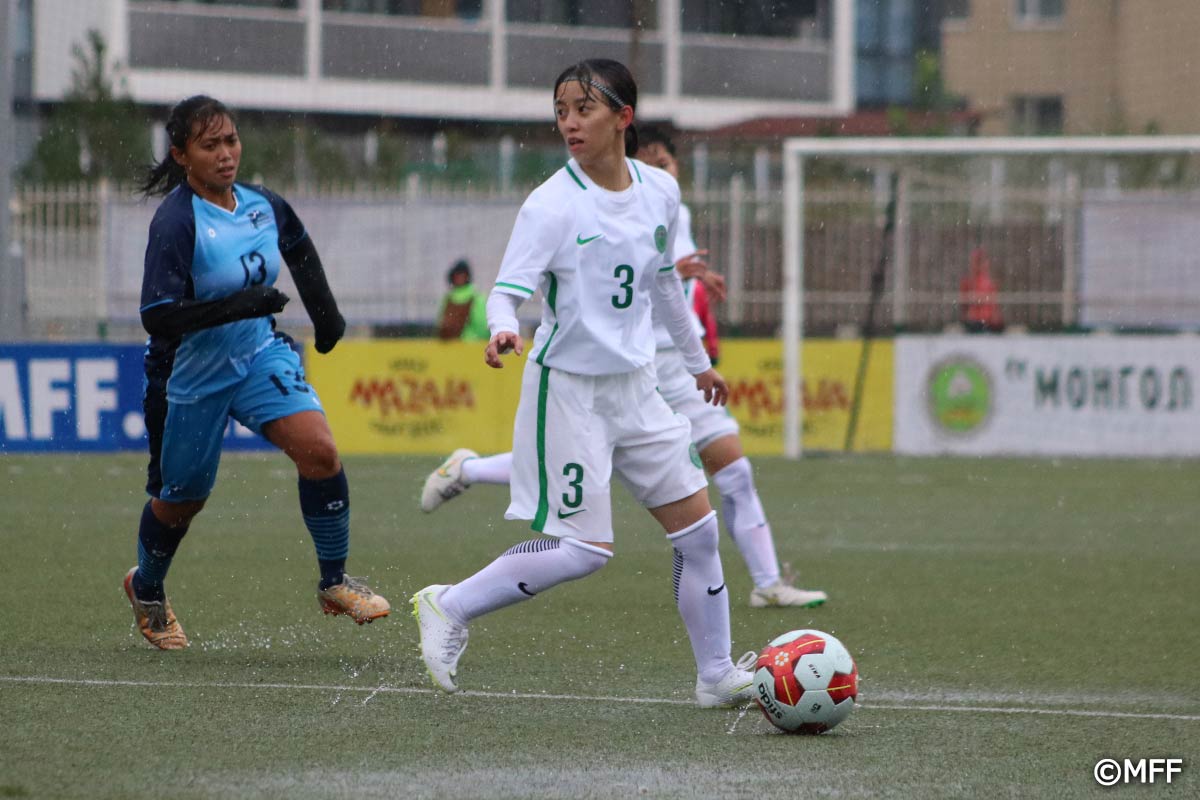 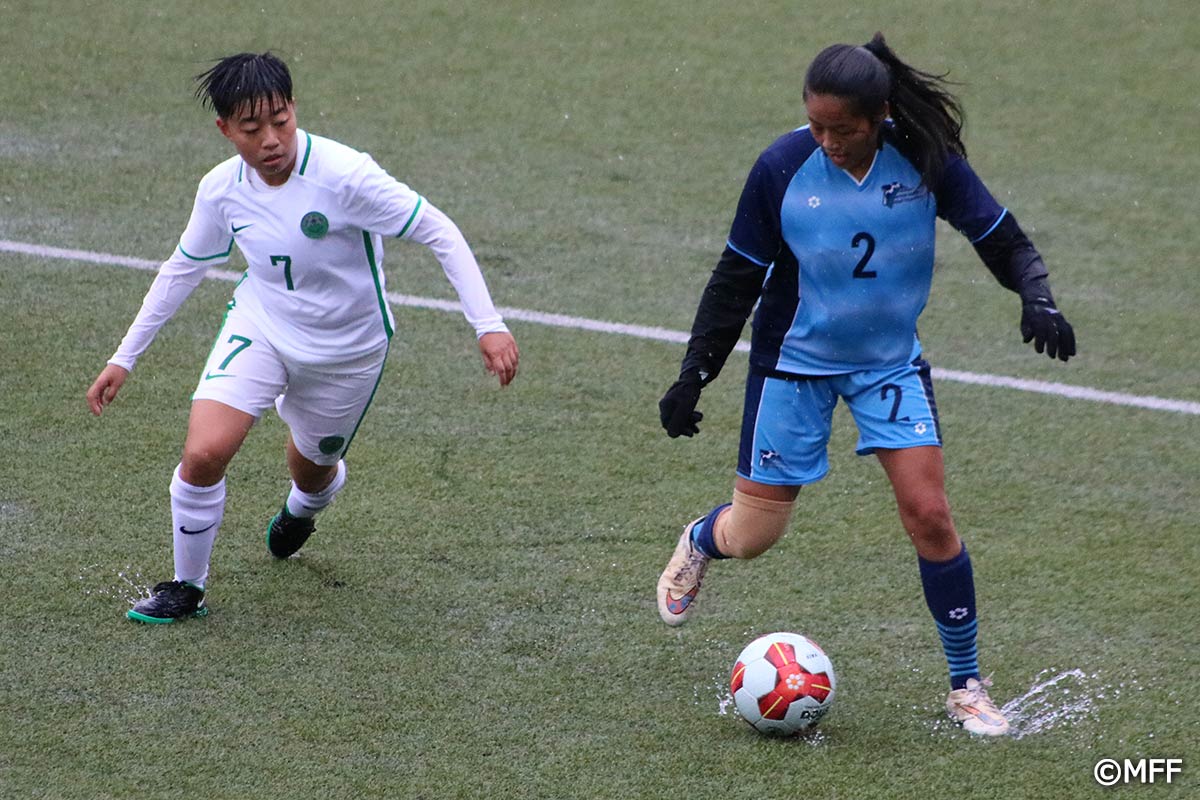 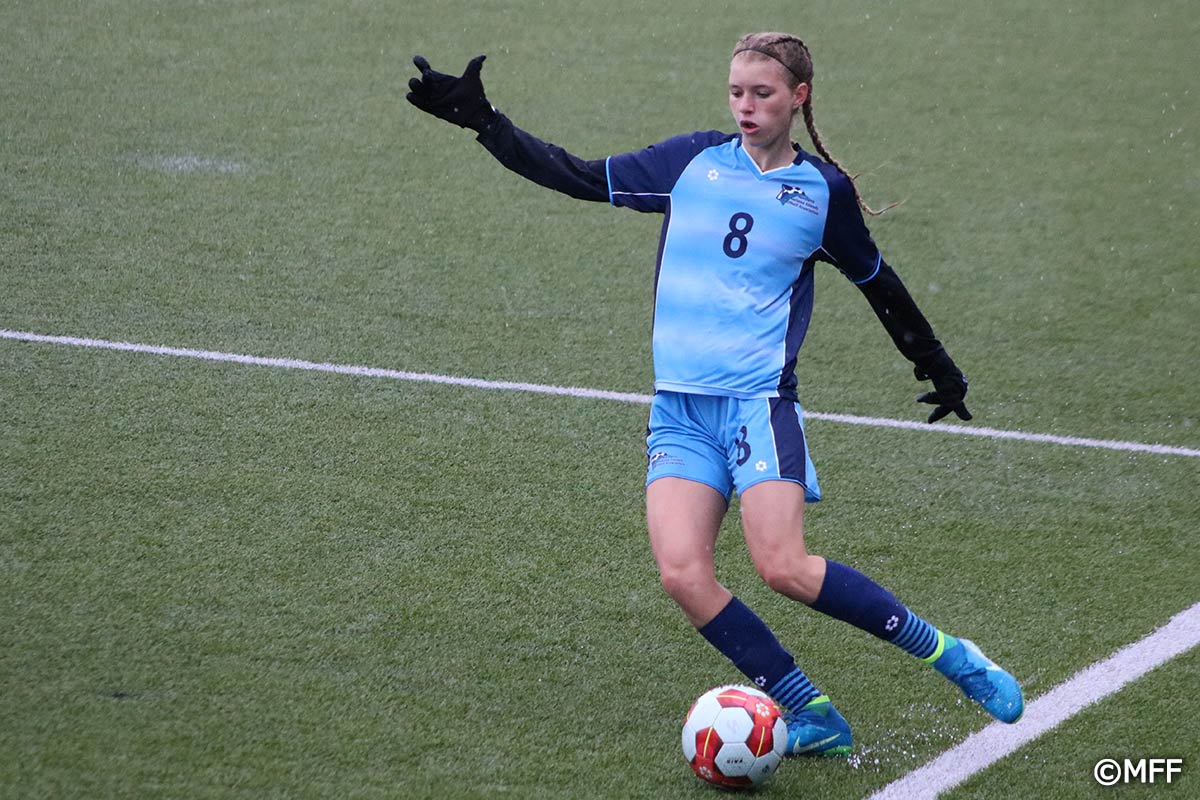 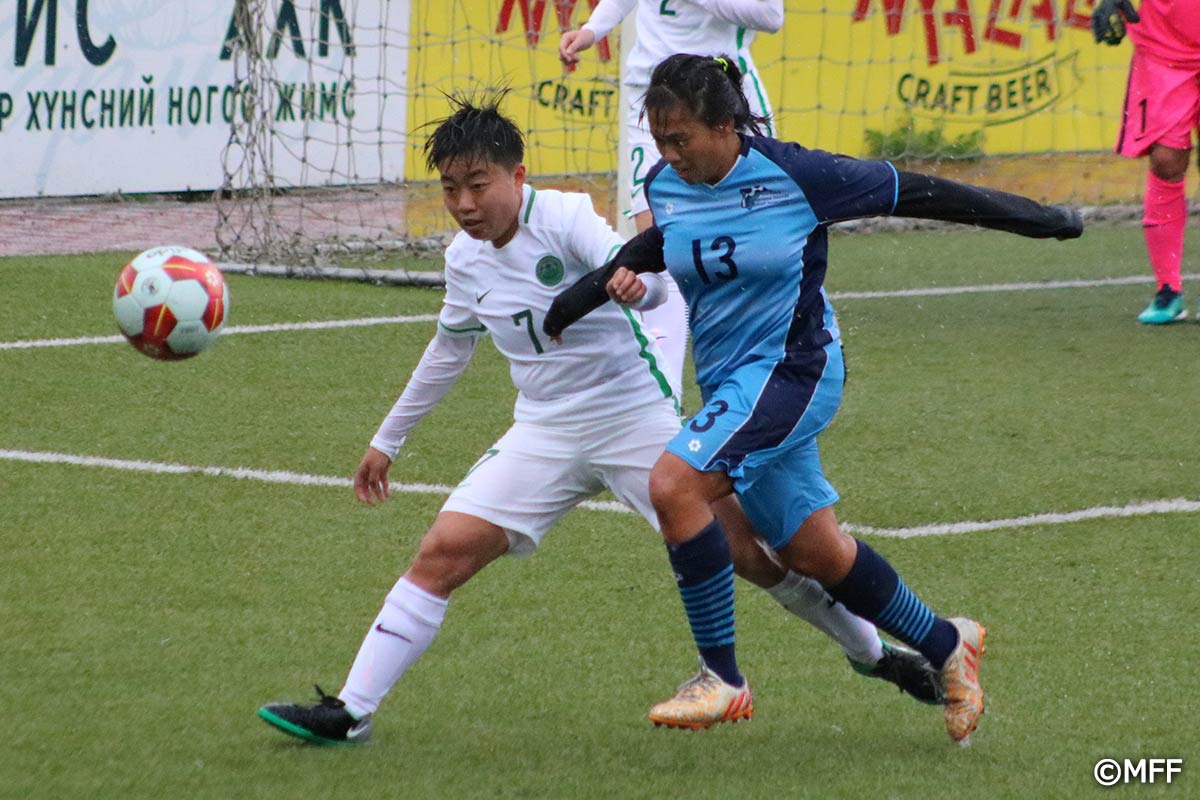 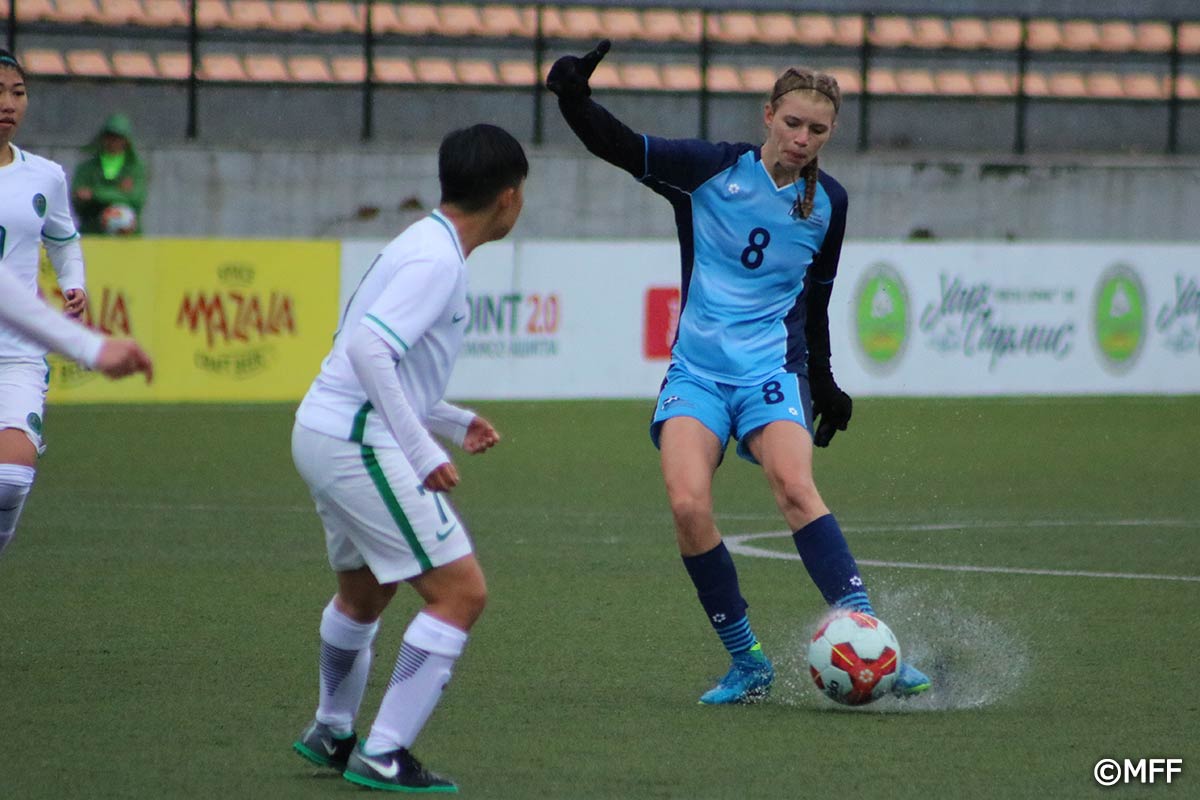 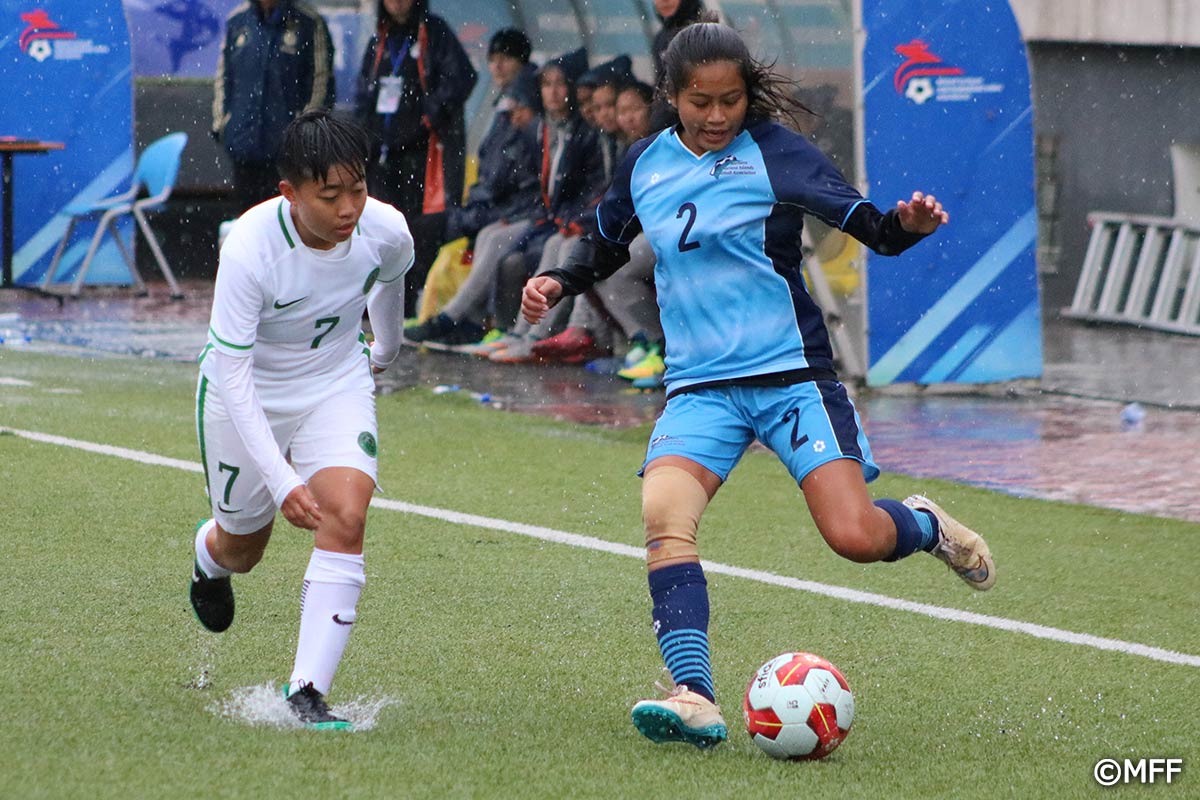 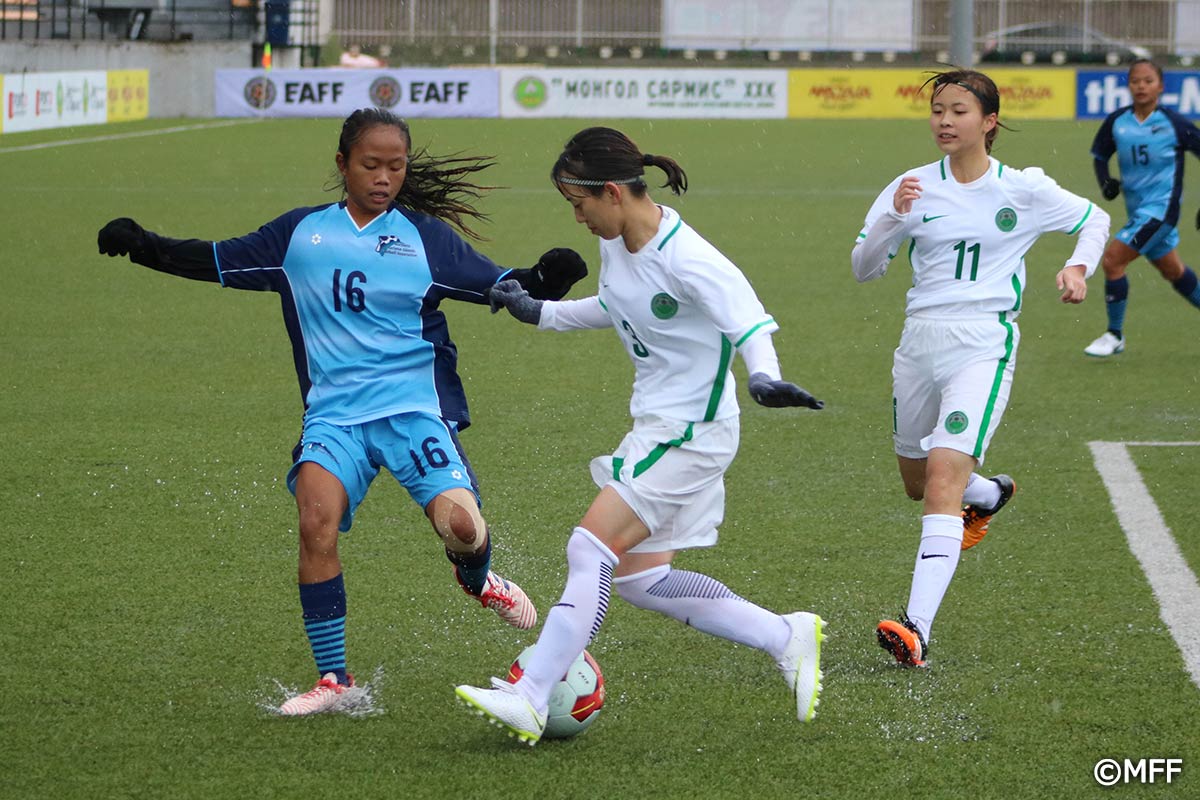 The second day of the EAFF E-1 Football Championship 2019 Round 1 Women tournament took place at the MFF Stadium in Ulaanbaatar, Mongolia on September 5th. The first match of the day pitted the Northern Mariana Islands against Macau.

A wet pitch and torrential rain made it difficult for the players to keep their balance, much less string together passes. But despite the elements, both teams endured and played an intense game.

In the first half, the Northern Mariana Islands team had more time of possession and had the best scoring chances.

They came closest in the 34th minute, when a shot by BORJA Guinevere Rina Coleman bounced off both posts followed by HO Ka I bravely grabbed the rebound despite the two attackers tried pushing the ball into the net.

The rain continued to pound the pitch throughout the second half. Both teams were clearly tired, though each side did their utmost to snatch their first victory of the tournament.

The best chance to break the deadlock came a few minutes from the end of the match when FONG Iok Wa, was set up by a free-kick that beat Northern Mariana Islands’ offside trap, shot just wide of the opposing goal.

The game ended as a 0-0 draw. While the Northern Mariana Islands had the best opportunities to win, neither team deserved a loss today. All the players, as well as the referee and the assistant re-frees, deserve a huge round of applause for their effort.


Northern Mariana Islands Manager KOO Luam Khen:
“We did not play that well today, I think the weather conditions affected the girls. That already have very limited experience, and on top of that the weather was something they have never experi-enced.

“I am happy with my team effort, they did their best, but I am not pleased with the result.”


Macau Manager ZHANG Hong:
“Our girls had a good performance in today’s match, I think they did much better than in the previ-ous EAFF tournament, today we had a few chances.

“We have showed improvement compared to two days’ ago match with Guam; all players did well, even the very young ones.

“The weather was a factor for us, Macao is usually 30 degrees Celsius, today here it was 6, I think. Maybe this is the coldest our girls ever experienced!”