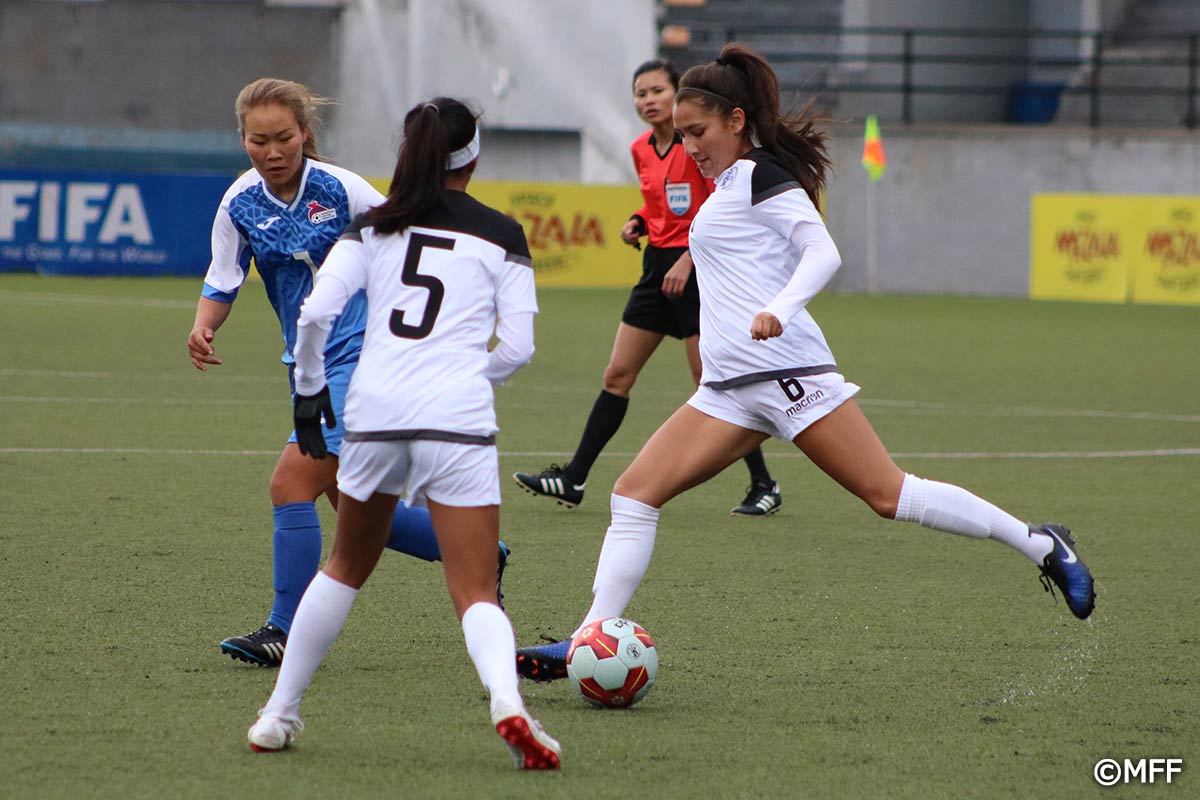 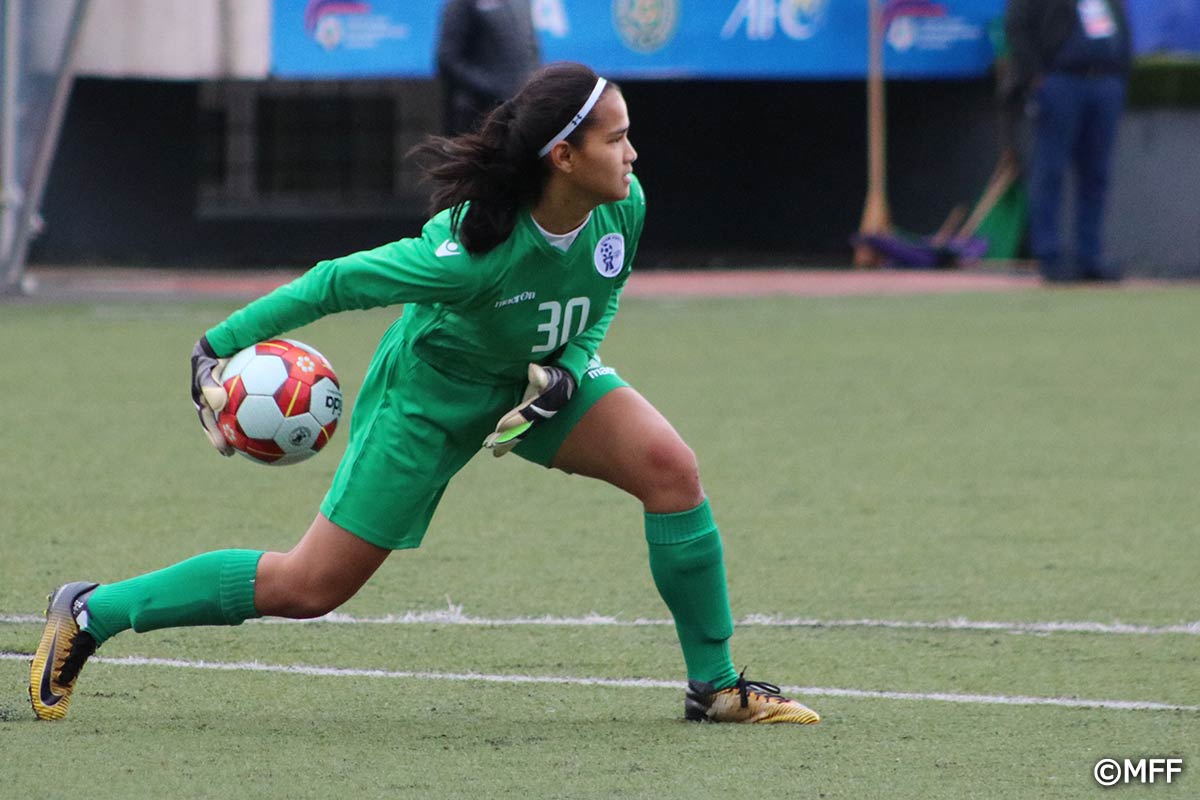 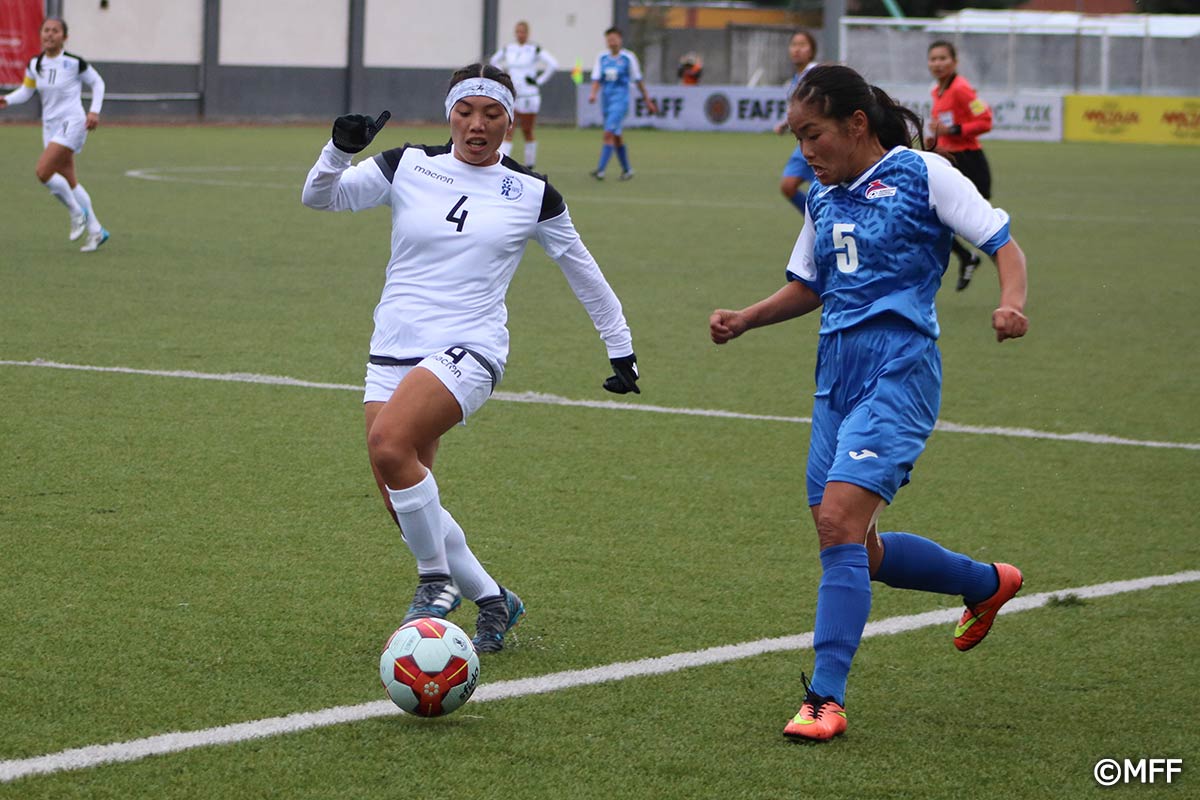 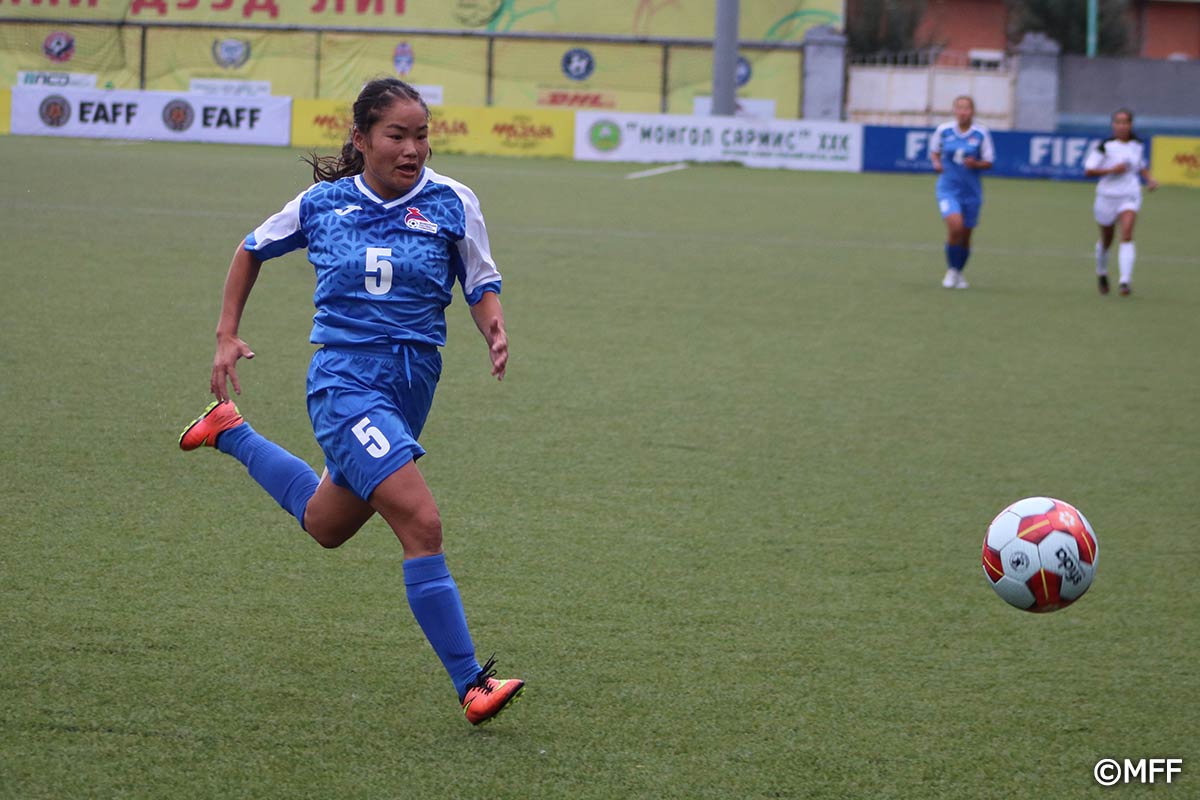 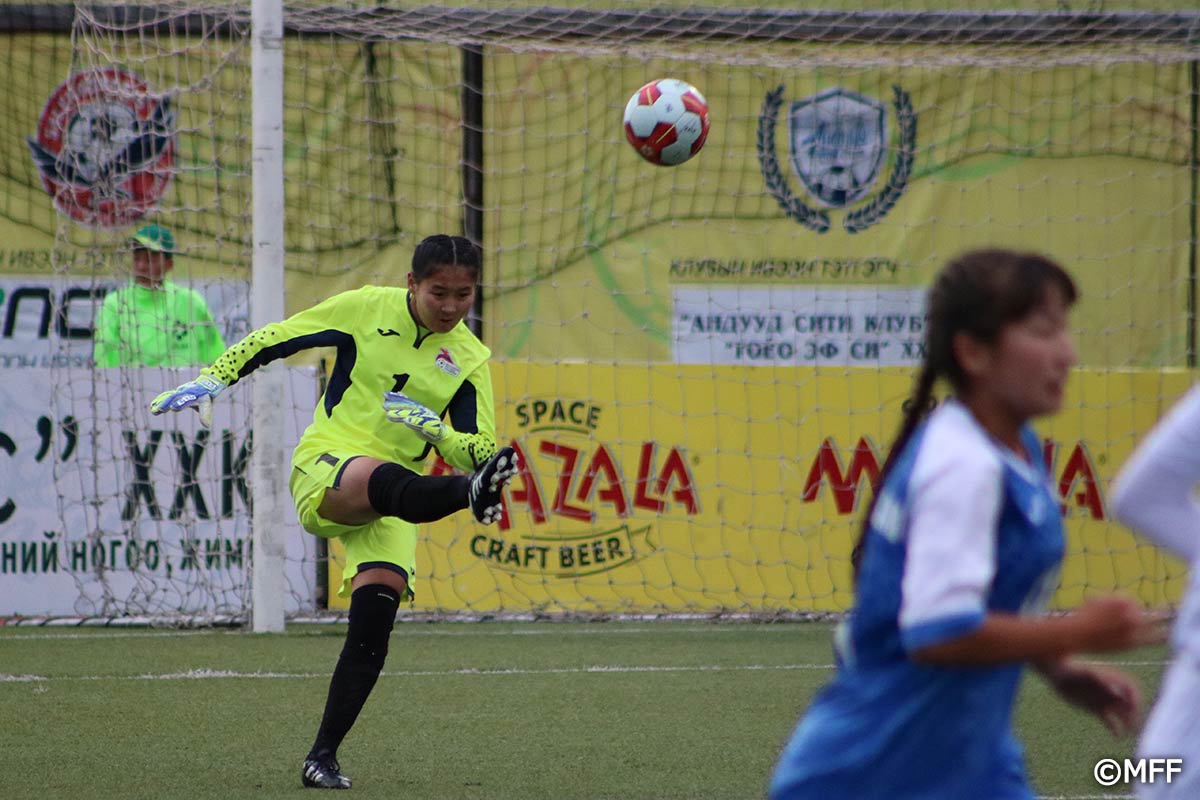 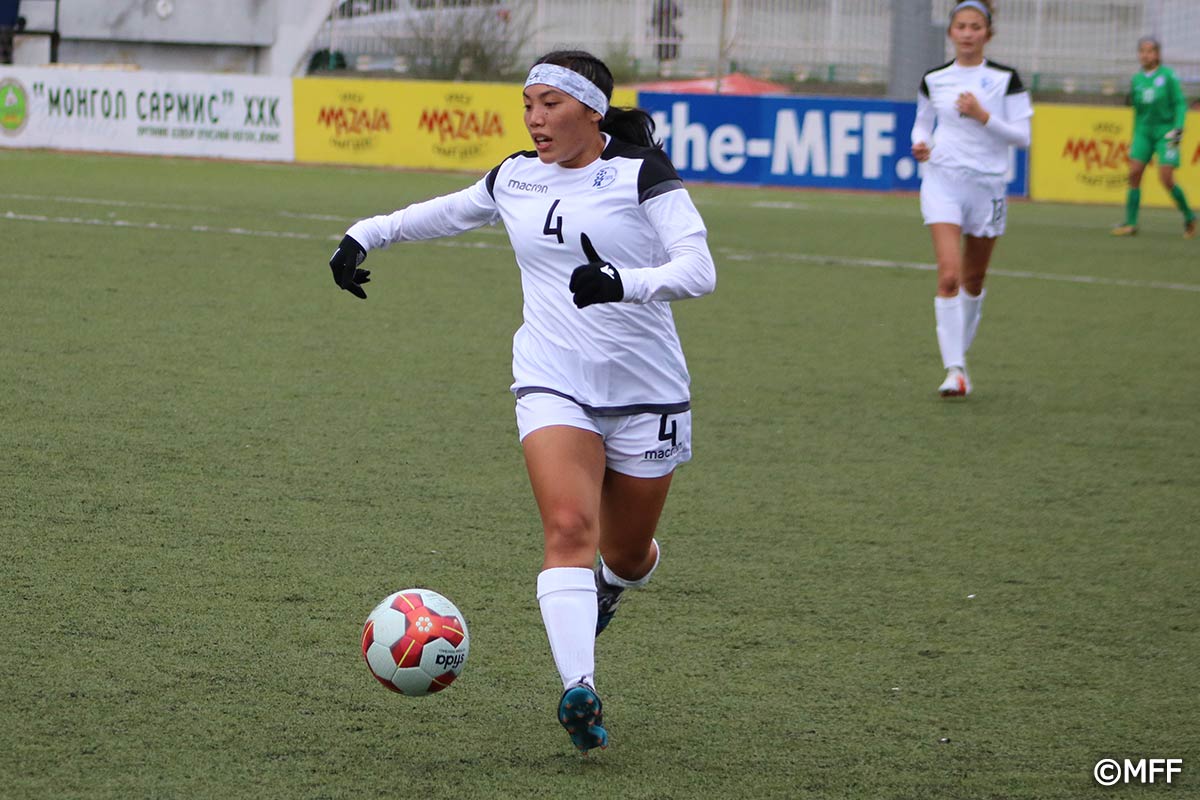 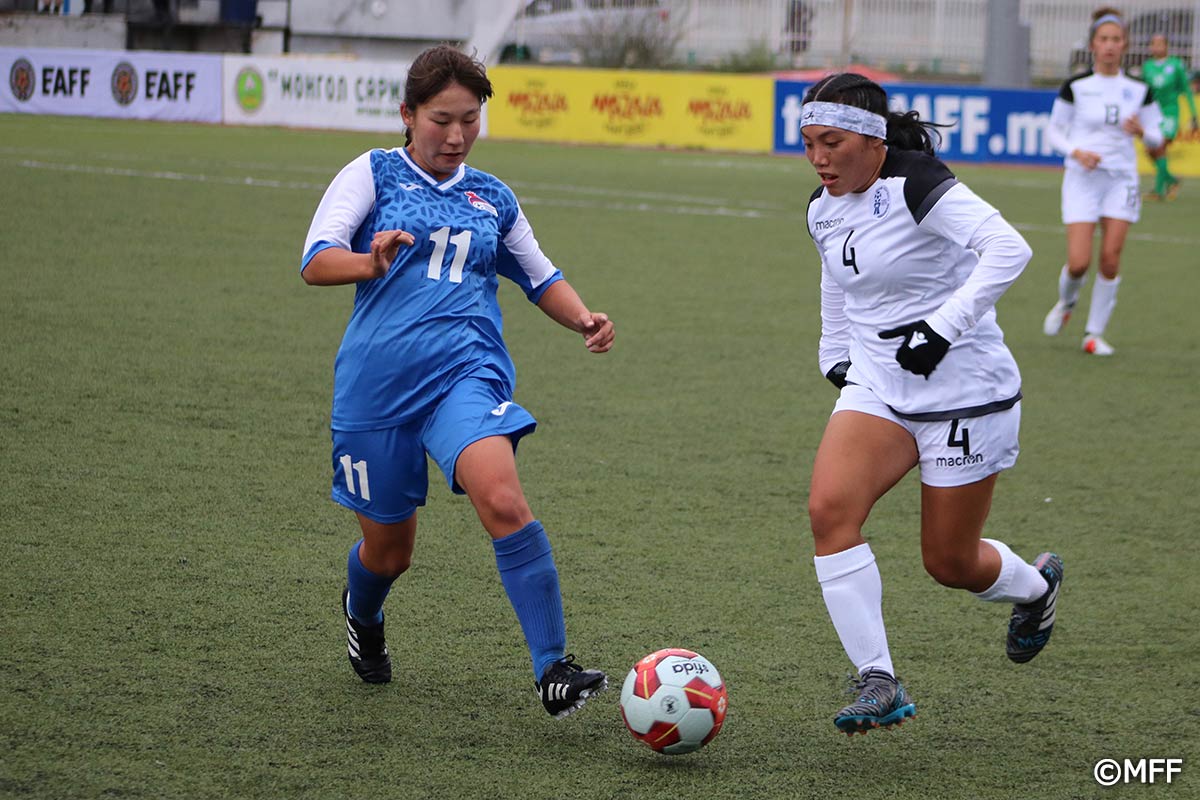 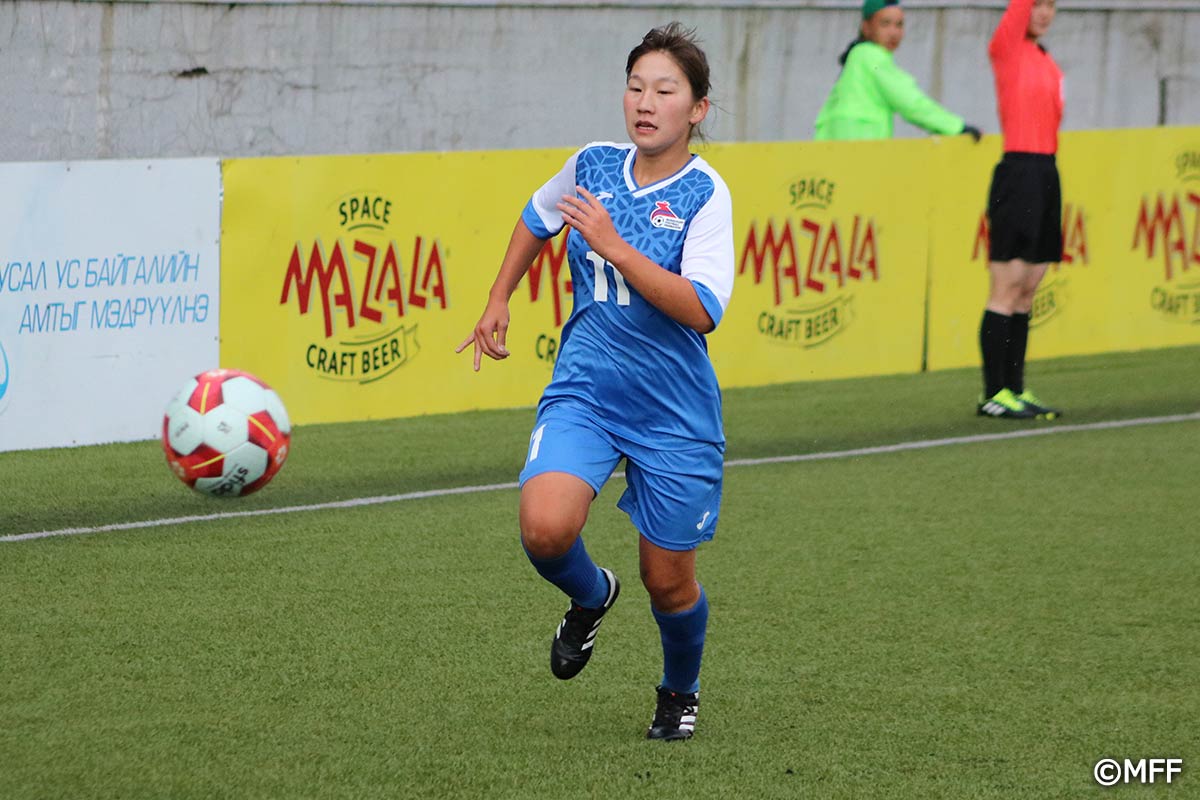 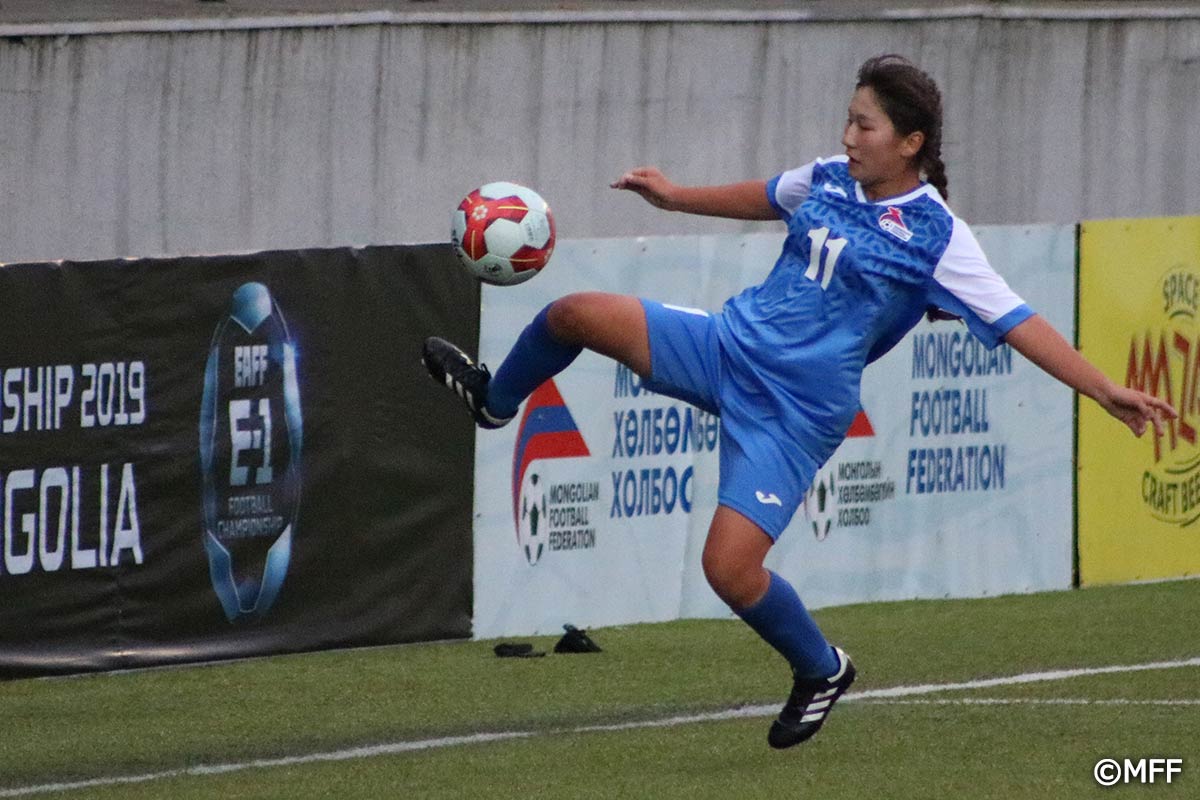 The fourth match of the EAFF E-1 Football Championship 2019 Round 1 women’s tournament was played at the MFF Stadium in Ulaanbaatar, Mongolia on September 5th, where the Mongolia Women’s national team faced off against Guam.

Though the rain stopped ahead of kick-off, the wet pitch and cold weather proved to be less than ideals conditions for the match. As in their previous match, Mongolia began the game by attacking and playing the ball vertically, hoping for NARMANDAKH Namuunaa to produce more goals after her pair in the opening game.

This aggressive approach allowed the home side to dominate the opening phases of the match. But Guam adjusted to the pace of their opponents and got into the game thanks to their well-executed passing style of football.

With much at stake (in view of previous tournaments, this game could be seen as the “final” of the girls’ tournament), both teams were careful not to lose composure. Despite the players’ constant hustle, there were no big scoring chances on either side in the first forty-five minutes.

In 62nd minute, Mongolia’s NARMANDAKH managed to beat an offside trap to go one-on-one with Guam’s SOBREVILLA Angelyn Ticar, but was denied as the canny goalkeeper cleared the shot. ENKHBAATAR Enkhmargad and NARMANDAKH missed the target on the scramble that fol-lowed, resulting in three wasted opportunities for the home side in a matter of seconds!

Twelve minutes later, HOOVER Kaycee Lillian had the opportunity to put Guam ahead, but her kick put the ball over the bar. In the 89th minute MATTHEWS Jordyn Renee maneuvered the ball around the goalkeeper, but her diagonal shot missed the far post and rolled out of play.

It seemed that the match would end with a tie that would give Guam a huge advantage on the last match day. Guam goalkeeper SOBREVILLA missed a ball which she should clear, allowing OT-GONBAATAR Sarangarav to take possession and beat a lone defender to lob the ball into the net, thrilling the MFF Football Centre crowd.

The combination of that unlikely goal in additional time and tournament rules favoring teams who win matches against opponents in case teams are tied on points means that Mongolia has ad-vanced to Round 2 by winning the first two games of this tournament!

However, it must be said that Guam was probably the best team today and did not deserve to lose. But the Mongolian women’s team prevailed, and they have earned their historic victory.


Mongolia Manager TSEDEVSUREN Ganbold:
“Thanks to all football people in Mongolia who cheered for us. I worked with this team since four months ago, and in this short time we created a great team-spirit. Thanks again, thanks to all Mon-golians!”


Guam Manager WILSON Belinda Elizabeth:
“Mongolia played a very aggressive game, and we started on our back foot, we are not used to that style of play. There was a lot to learn for our girls, and we have learned a lot from this game.

“Obviously we are very disappointed with the result, but Mongolia competed until the very end and they got what they wanted.”


Mongolia 8. OTGONBAATAR Sarangarav:
“Regarding my goal, Guam’s goalkeeper came out but I still went for the ball, and when I kicked it… well, it went in. I am very happy.”


Guam captain 11. MINATO Koharu Charity
“It was a very physical match, we knew that the Mongolians players are tough, it was unfortunate for us that we got scored in the last minute goal, but we will keep our heads high and we will be ready for the next game.”