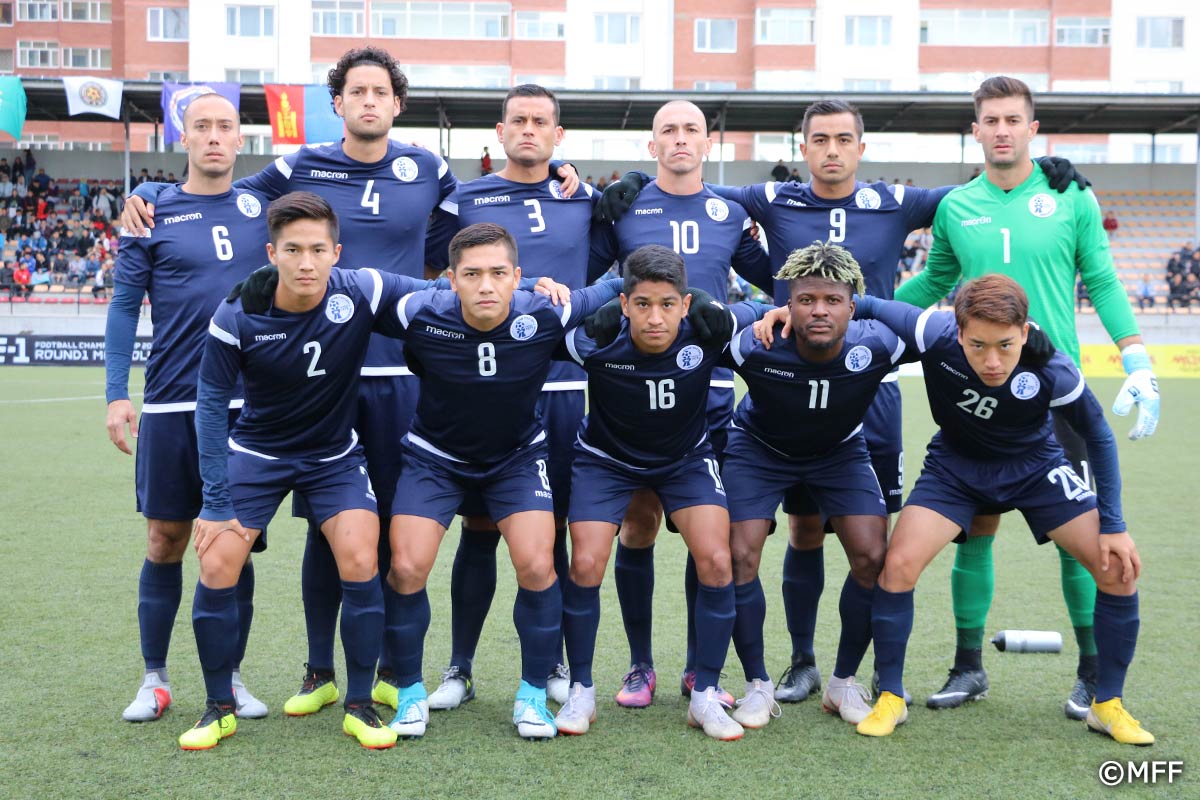 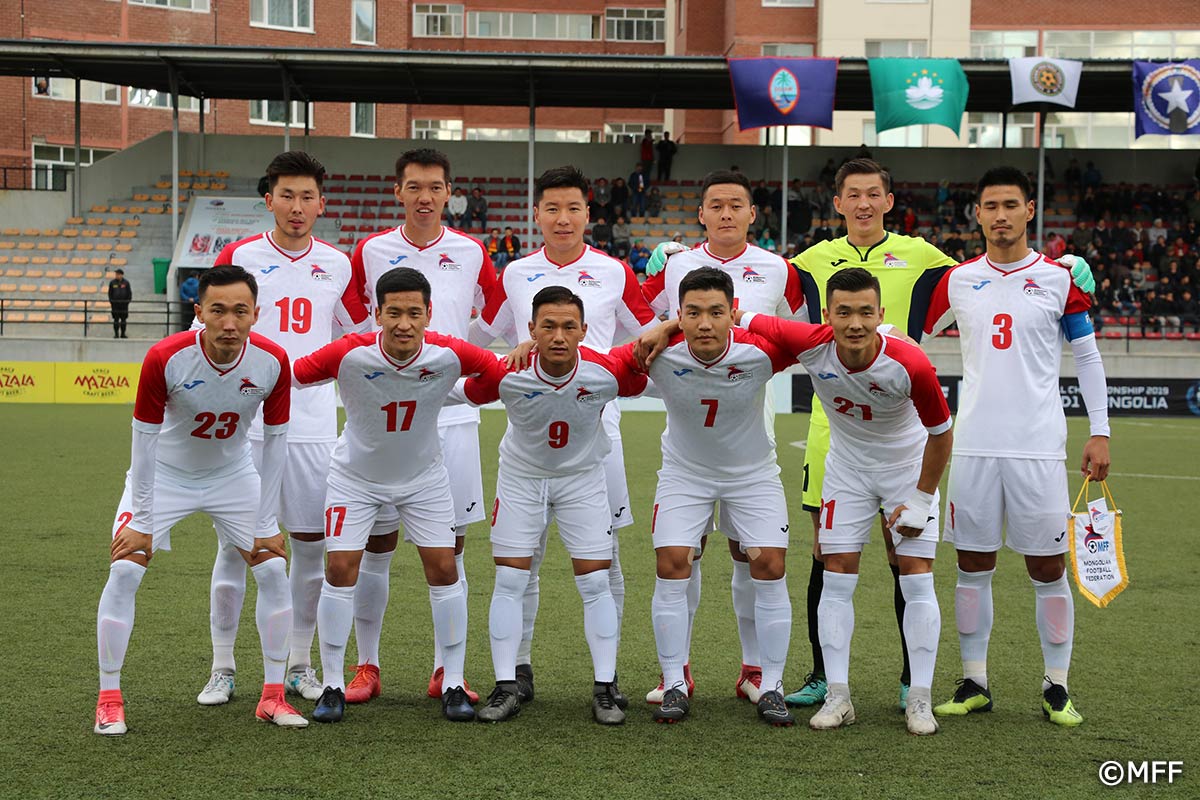 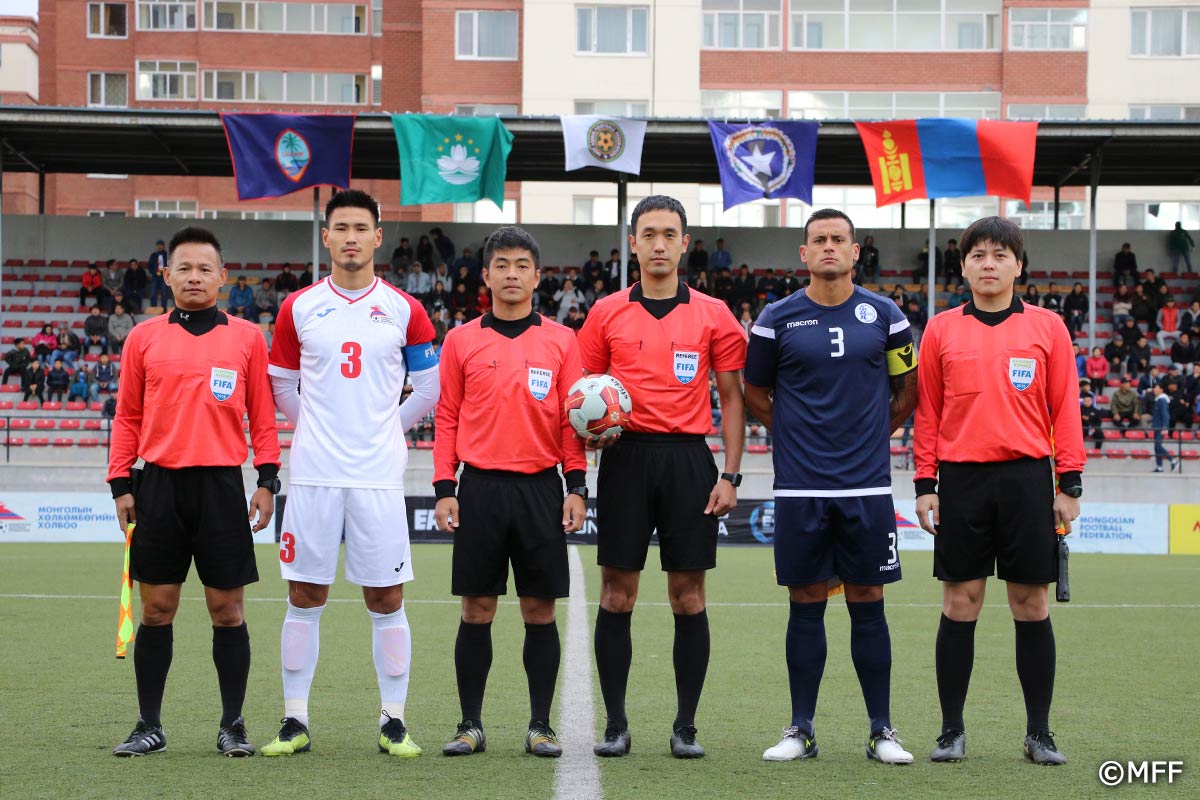 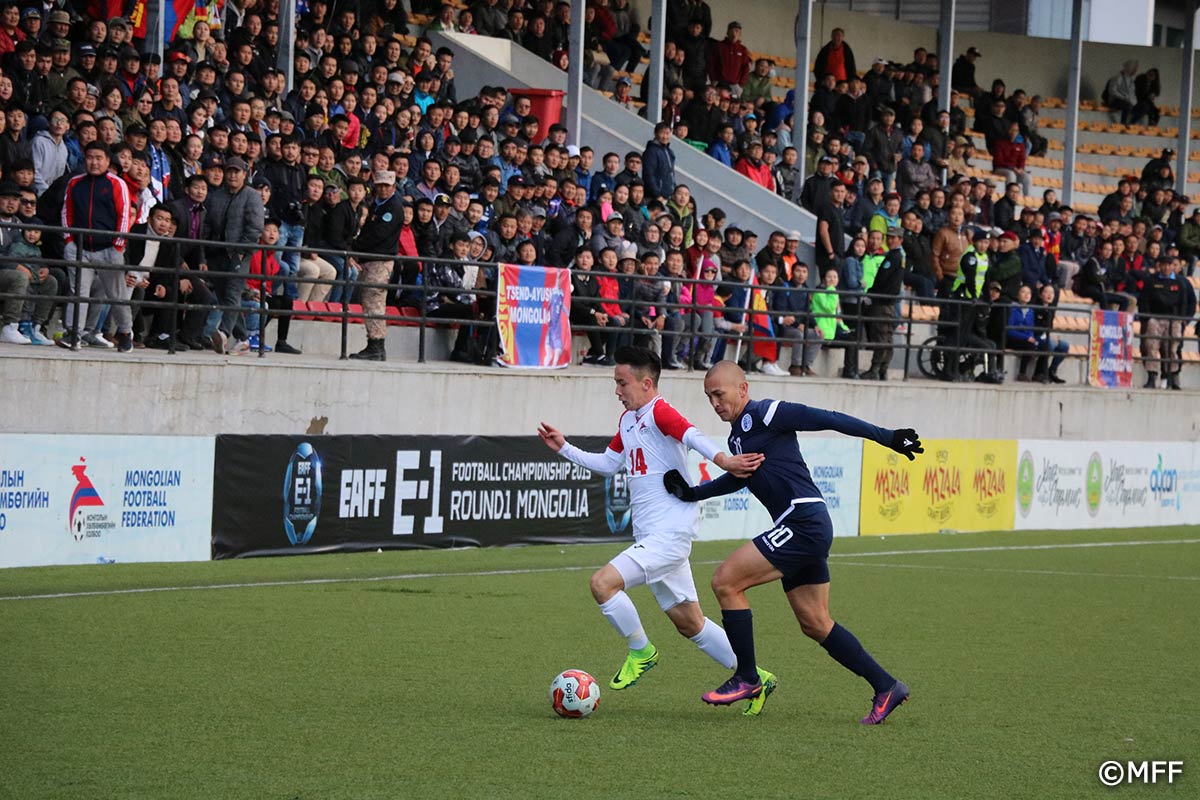 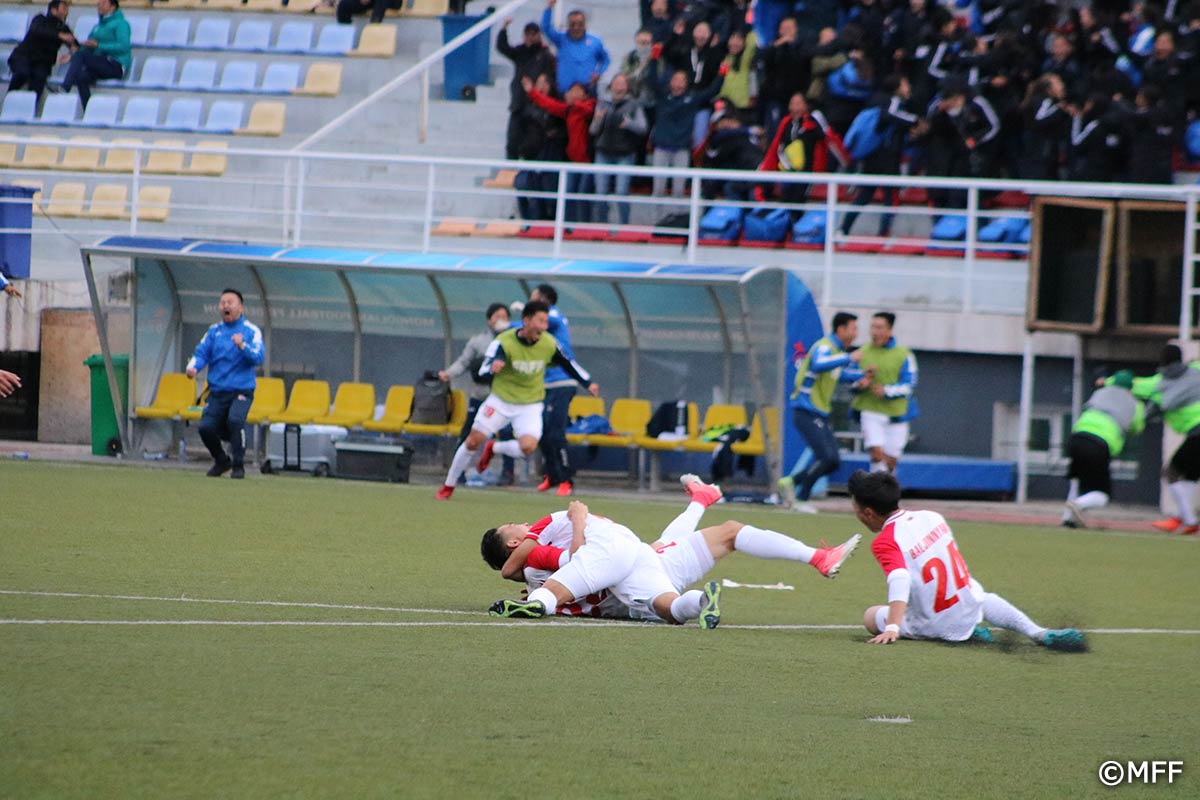 It was a chilly day at the MFF Stadium in Ulaanbaatar for the sixth and last men’s match of the EAFF E-1 Football Championship 2019 Round 1 between Mongolia and Guam.

Before kickoff Mongolia had it all in their favor - the table, the support of the home fans, and the cold weather. But Guam made it clear from the early minutes that they were not going to let the home team walk all over them with a couple of dangerous shots from LEE Justin David Wei Hung and KATSUMATA Rin that flew over the bar.

In the 14th minute there was a scramble in front of Guam’s goal after a corner kick. The Mongolian players could not capitalize on the opportunity, the first of three missed chances during the first half.

At the 30-minute mark, LOPEZ Marcus Phillip-Joseph ran 40 meters and fired a shot that would have gone right under the bar if not for a fantastic save by ENKHTAIVAN Munkh-Erdene.

Despite the efforts of both teams, the second half only saw a few half-chances. But with only a few minutes left on the clock, the match’s drama finally unfolded.

The visitors were the first to take the lead. A long ball poorly controlled by the Mongolian defense was put away by MENDIOLA Devan Jakob Camacho, who blasted it past ENKHTAIVAN for the goal that could have given both the game and the tournament to Guam.

Undaunted, the Mongolian supporters pushed their team to one last attack and on to another foot-ball miracle. In the 94th minute, a tired Guamanian defense could not stop NORJMOO Tsedenbal, who unleashed a shot that caught a deflection and hit the back of the net.

Ecstasy for Mongolia, and an incredible disappointment for Guam—who same as their women’s team yesterday, saw victory escape them in the dying moments of the match.

After three days of exciting football, Mongolia’s victory in the men’s tournament was an overall fair result that sends Weiss’ men to Round 2.


Mongolia Manager WEISS Hans Michael:
“It was a very-very hard fight, they played some different today with three in the back and long balls, and we could not play our football because they were pressing hard and very good on second balls, it was really difficult.

“At the end it was a drama. To concede it was terrible, and to equalize was incredible. It speaks for the spirit of this team, this is a very strong group of players. One year ago, we would have lost this game, but now we showed we are ready for this level.

“This is not only my work, it is the work of all the coaching staff, and in particular of the players, who followed all the instructions and went beyond. They were fantastic.

“We want to play good football today, but it was not possible, the game was too physical.

“We have games in Singapore and Laos in October as we prepare for Round 2, where we will face Chinese Taipei, Hong Kong, and DPR Korea, and it will be even harder than today, so we know that we need to work hard.

“We are working for the future, we have many young players, we will do good!”


Guam Manager DODD Karl Dennis:
“This is football… I can only praise my players for their performance, a lot of them are young, and they need to “feel a little pain” before they will win something, this is necessary.

“Of course it is also frustrating, but I can’t blame the boys — I am very proud of them.”

“We have been doing this only for a couple of months, playing football our own way, and we came a long way, so imagine how we will be in the future.”

“Congratulations to Mongolia for winning the tournament, they deserved to qualify.”


Guam 3. NICKLAW Shawn Robert:
“This is what football is about. Fighting until the end. We got one goal, they got one, both teams did well, Mongolia is a good team.

“We had some chances that we should have buried, but at the end of the day is what I told you, we were two good teams that fought until the end, it was a good game.”