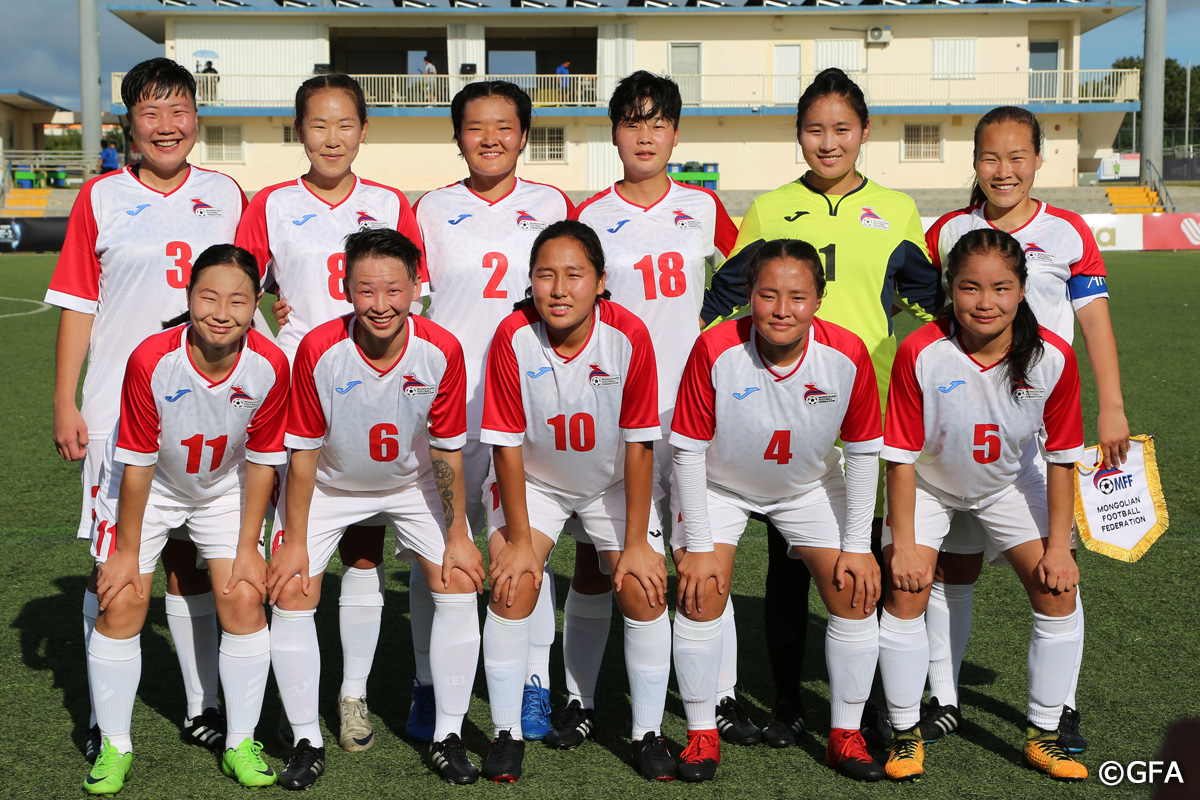 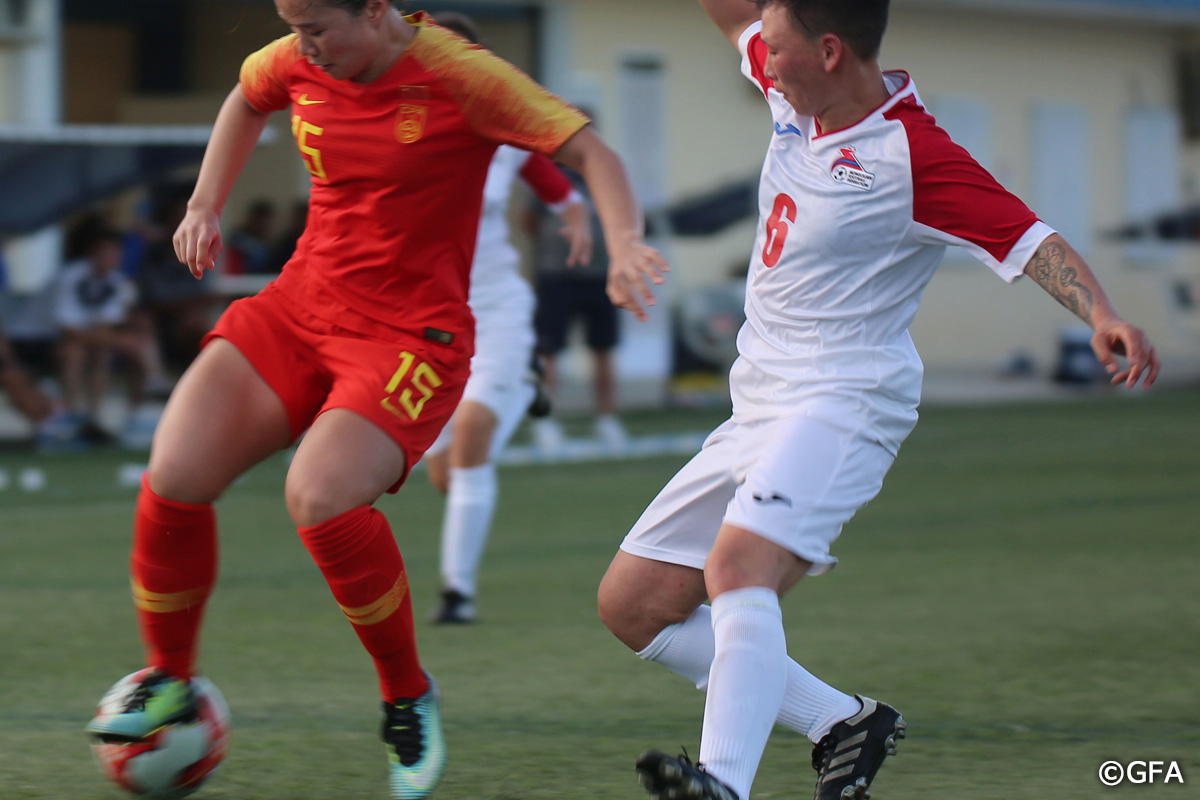 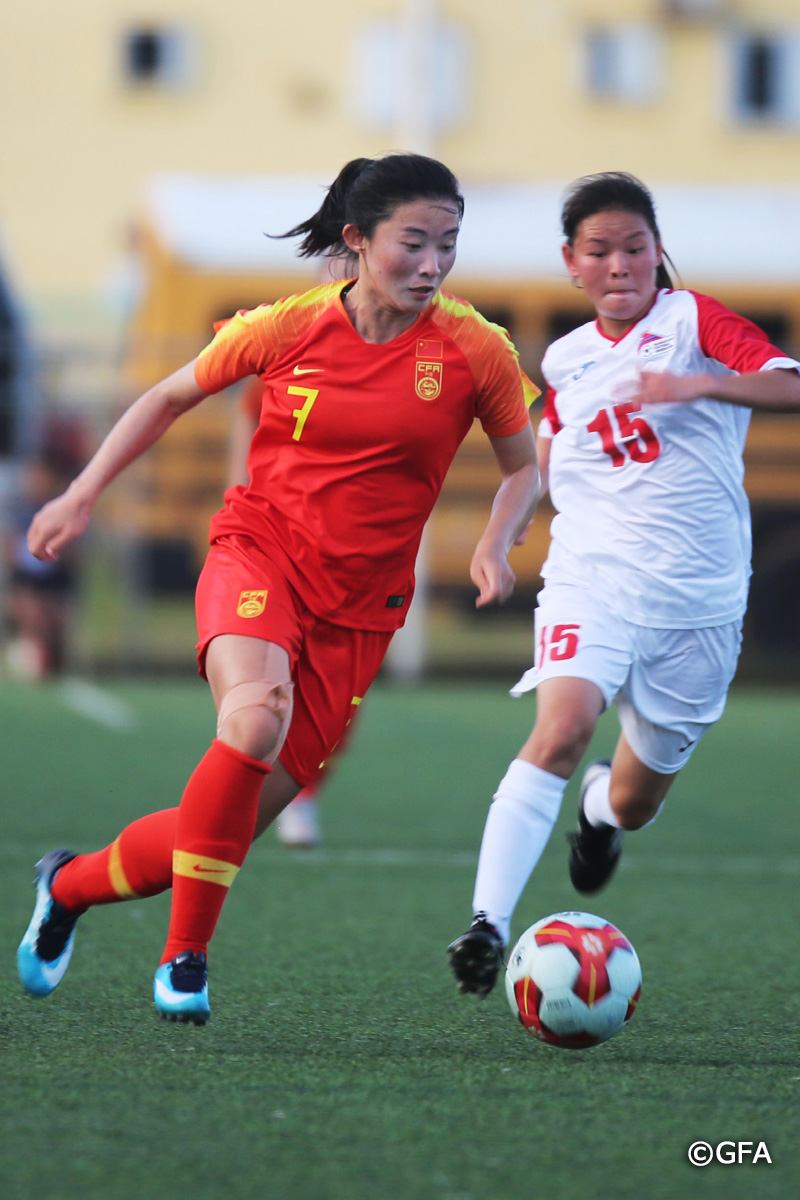 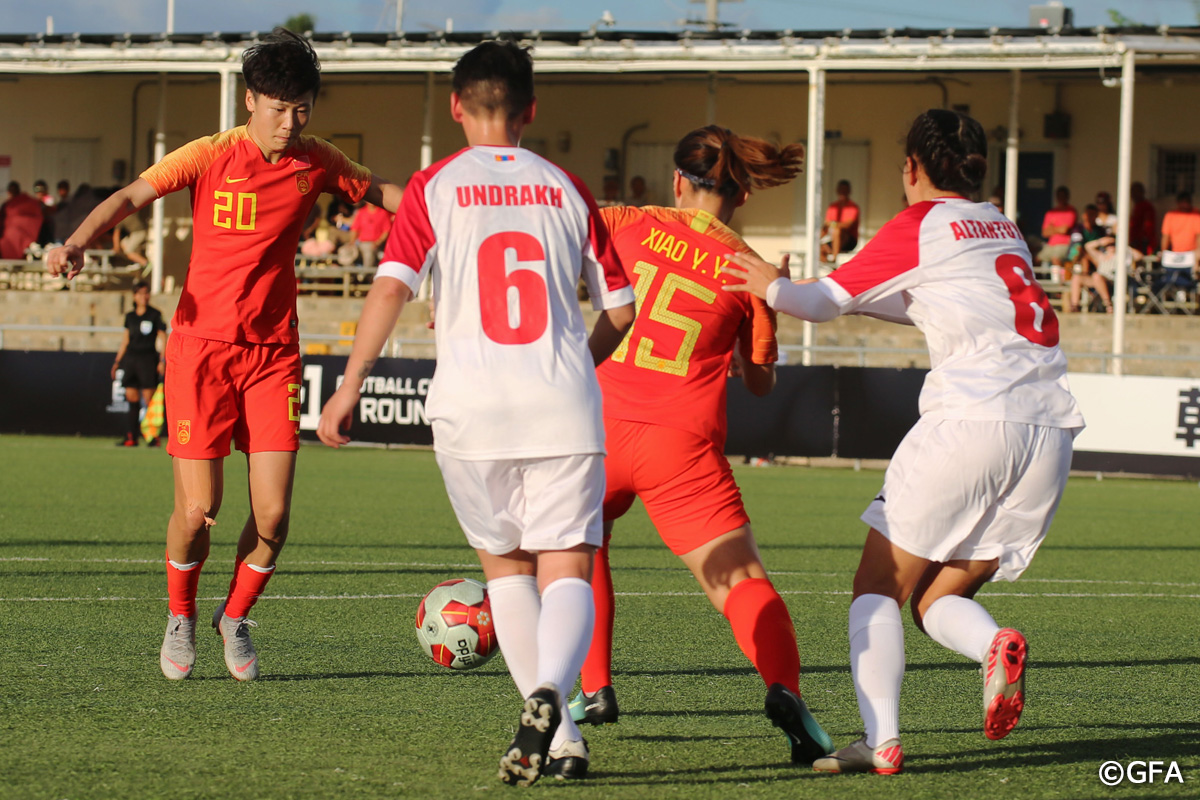 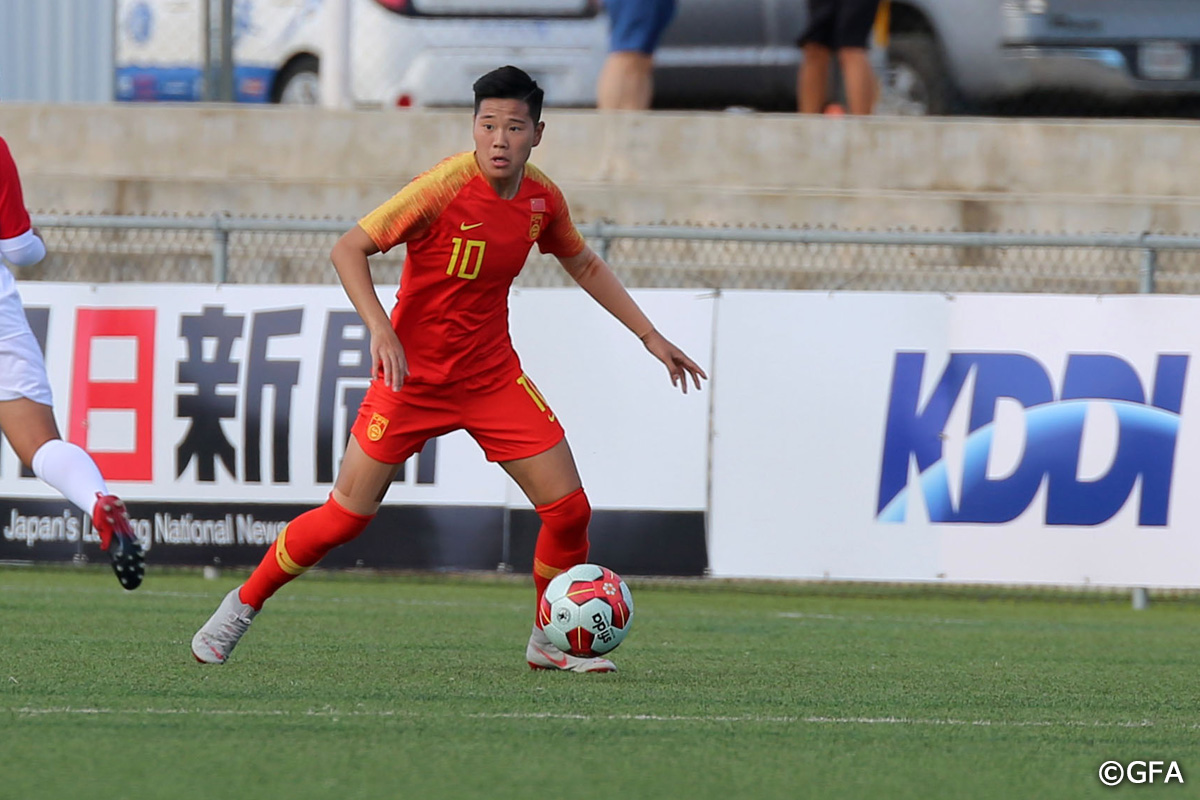 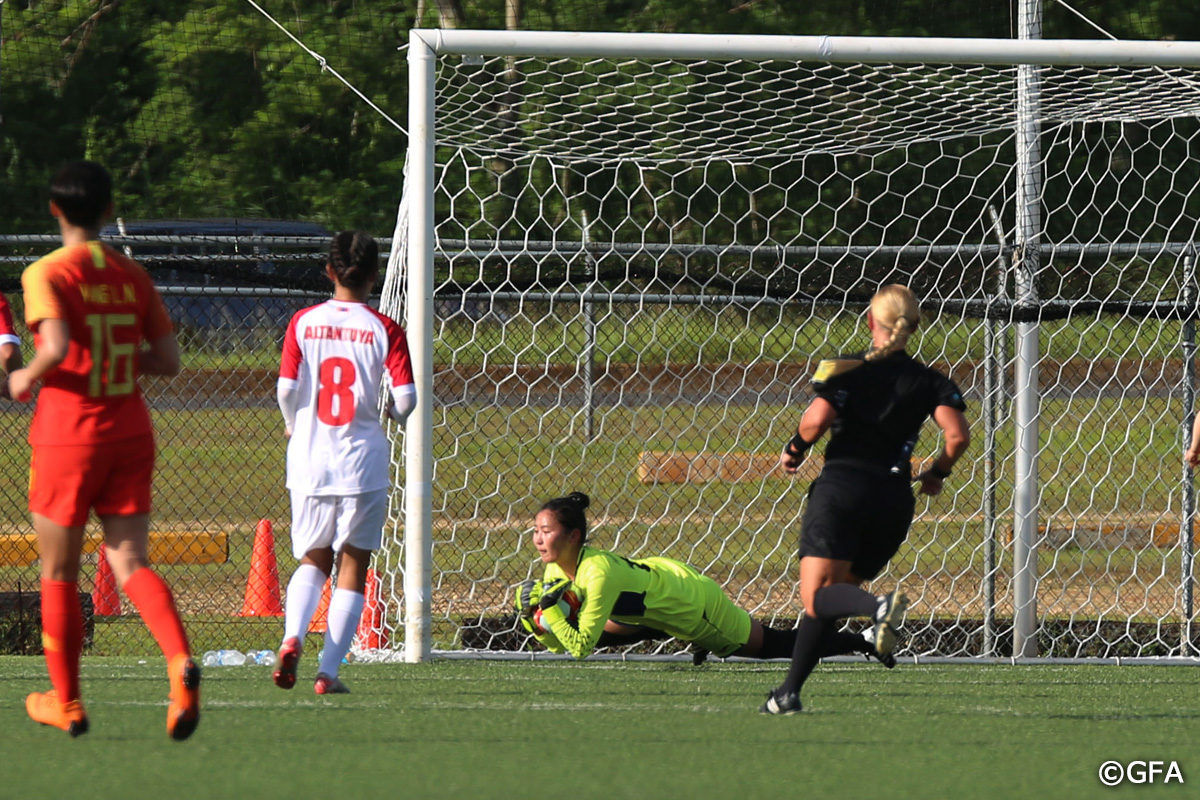 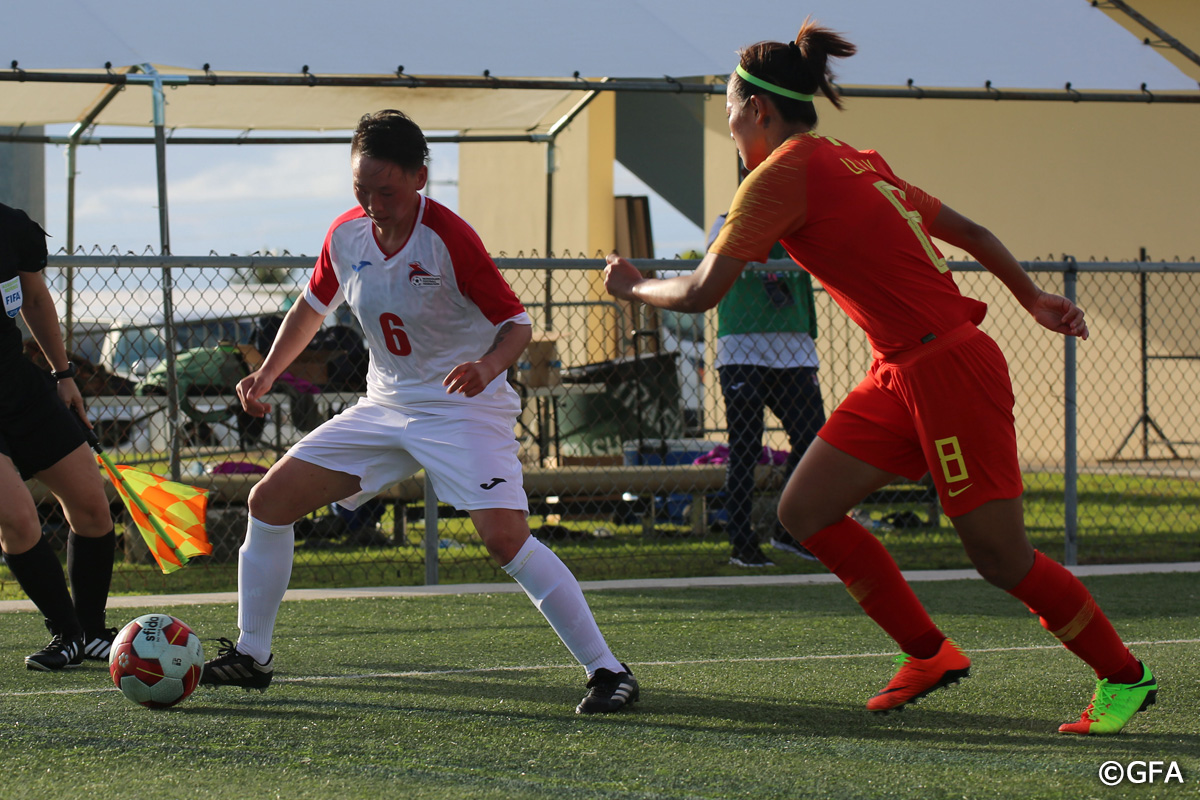 The second game of Round 2 of the Women’s EAFF E-1 Football Championship 2019 took place on December 1st, 2018 at the Guam Football Association National Training Center. This match saw China taking on Mongolia, who qualified after winning Round 1 at home in September.

China PR got the opener in the 4th minute when SHANSHAN WANG turned and slammed the ball home from a short distance. JIAYUE LI doubled the lead in the 15th minute with a sharp shot from outside the box.

Only two minutes later, SHANSHAN WANG picked up a cross from the other side of the penalty area. After getting the ball under control, she slammed it in near the far post to increase China’s lead to 3-0. the Chinese team added another in the 22nd minute when RUI ZHANG slotted the ball inside the far post with a precise shot from inside the area.

Three minutes later it was 5-0 after SHANSHAN WANG flicked the ball and sealed her hat-trick with a header, making it impossible for goalkeeper TSENDJAV ERDENEBILEG to even attempt a save. In the 28th minute, YING LI took her own rebound off of the crossbar and drove the ball into the goal once again.

The seventh goal came in the 43rd minute when an unopposed JIAHUI LOU received a cross from the right and headed it in. And before the end of the half, LINA YANG made it eight, with a precise drive from just outside the box.

In the second half, the Mongolian team tightened their ranks and defended much better. China PR kept up the attack, but could score only two more goals, one by SHANSHAN WANG in the 58th minute and the second by substitute Wei Yao in the dying moments of the match.

The end result was 10-0, confirming the high level of play of the Chinese national team. However the Mongolian girls, at an average 18 years of age, can be happy with the improvements they demonstrated in the second half and can look forward to gaining more experience in the next two games.

Interview with Mongolia Manager GANBOLD TSEDEVSUREN:
“We are happy to have the chance to play in Round 2, and it is an honor to play against such a good team as China.

“Our first half was not very good. The girls were shaking, they seemed afraid of the Chinese team, but in the second half the atmosphere changed. We were much better and we played very well.

“We are a brand-new team, we started this year. It is a great honor to be at this tournament, our players are very young, we are here mostly to gain experience.”

Interview with Mongolia Captain 7. TSASAN-OKHIN OROGDOL:
“The weather here is very different from that in Mongolia, but one good trait of us Mongolian people is that we adapt quickly. The first day of training was very hard, but after a couple of days, today was already better.

“The next game is against Chinese Taipei, and we are already focused on that. We already played against them, we know them, and we are ready.”

Interview with China PR Manager XIUQUAN JIA:
“First of all, we are very happy to be here in Guam, thank you very much. Today we played well, it was a good performance.

“We have been playing as many games as possible in order to keep improving. However, if we compare our team with the best in Asia and in the world, there is still a gap. We need to work very hard to go back to the glory days this team had before.”

Interview with China PR 11. SHANSHAN WANG:
“Today I am very happy, because wherever we play, no matter how far it is from China, we have Chinese supporters next to us. They are our “twelfth player” and we will always do our best for them.”