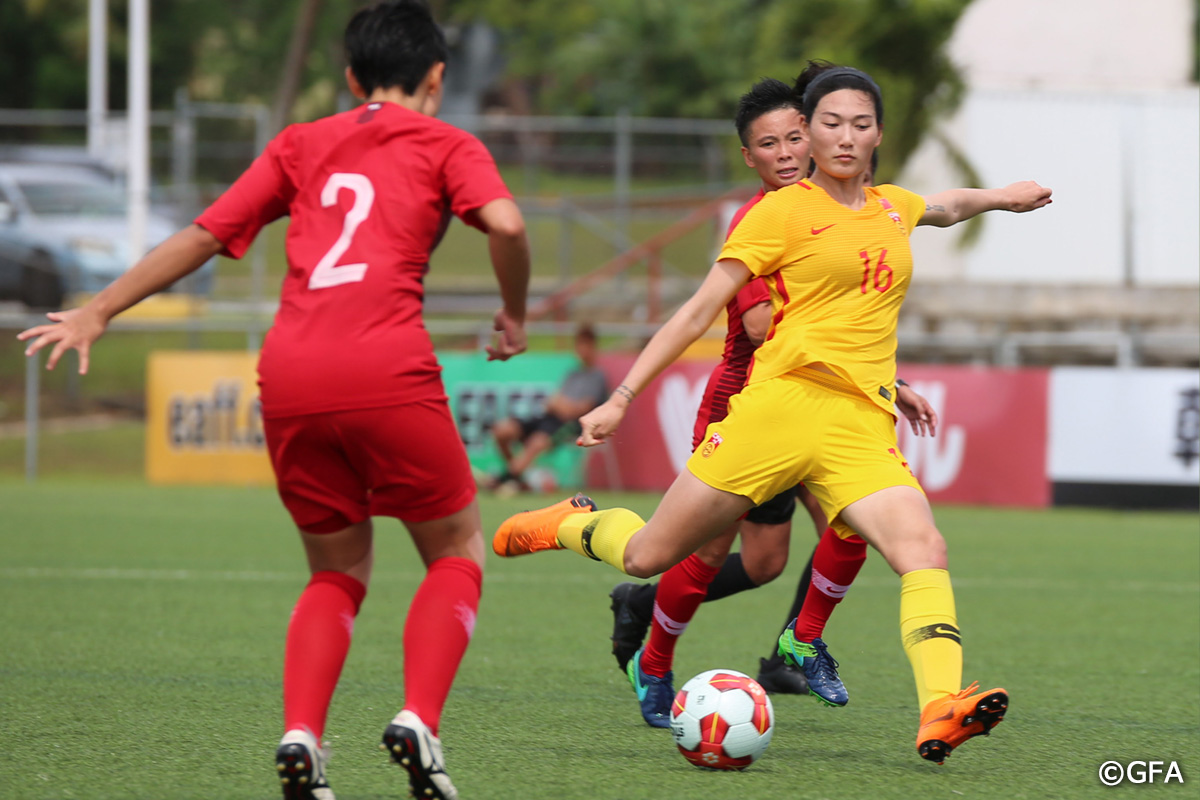 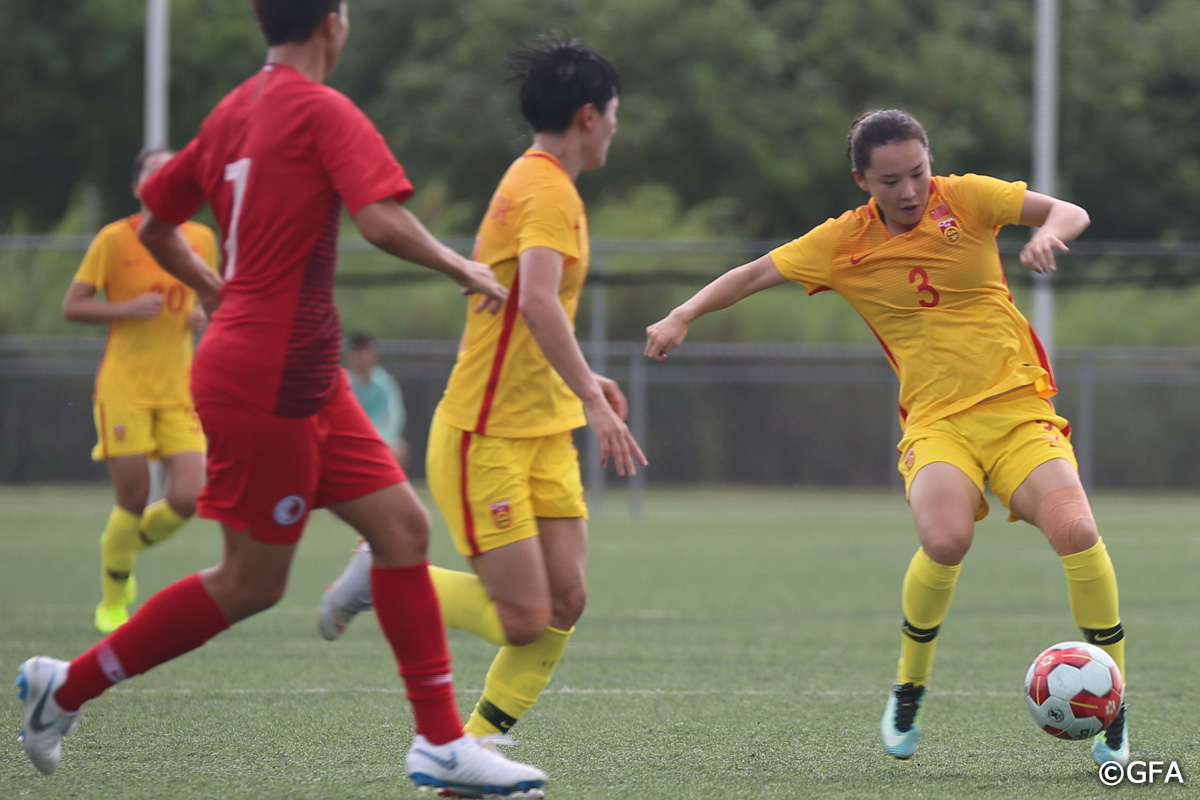 The second day of Round 2 of the Women E-1 Football Championship kicked off on December 3rd, 2018 with a morning game between Hong Kong and China PR. While the first day of the tournament was blessed with beautiful Pacific island weather, this second day featured strong winds and heavy rain.

It was clear from the start that China PR was in control, but a well-organized Hong Kong would be a much tougher hurdle to overcome than Mongolia. In the 11th minute, China PR broke away on a quick counter. After a desperate save by goalkeeper CHEUK WAI NG, WEI YAO was quick to slot the opener.

In the 27th minute, SHANSHAN WANG, who has already scored four goals in this tournament, added another on a curved shot from the left that stunned CHEUK WAI NG and doubled the Chinese lead.

The heavy rain was definitely a factor in the second half of the match, complicating the tasks of players on both sides. Under these unfriendly conditions, China PR scored their third goal in the 63rd minute when MAN YANG redirected a corner kick with a precision header to put the ball inside the far post.

In the 74th minute, China PR added one more to their tally when YINI HUANG unleashed a drive from just outside the box that deflected off of another player and past goalkeeper CHEUK WAI NG.

Though the game seemed over, China PR put two more points on the board to improve their goal differential. In the 89th minute, WEI HE saw her first shot saved and the second cleared by a defender. But the third time was a charm, and her third effort found the back of the net.

Two minutes into additional time, substitute YING LI made the score to 6-0 with a neat header from the middle of the penalty area.

Interview with Hong Kong Manager JOSÉ RICARDO, RAMBO:
“China PR put a lot of pressure on us. But I think that for what we could, we coped well, especially in the first half. However, in the second half we dropped back too much, and we booted away the ball too many times, while we could have tried to hold possession and play it more.

“These games against a very strong opponent are very useful for the players, as they need to learn to make good decisions, because mistakes are very costly, as we have seen today.

“We now need to absorb these two defeats, and in the last match against Mongolia put in practice what we have trained.”

Interview with Hong Kong 18. CHEUK WAI NG:
“Today my team-mates worked very hard, and I used my voice as much as I could to encourage them and cheer them up.

“Mongolian players are very strong, they have good individual skills, but we want to return to Hong Kong with a victory. I will do my best to keep a clean sheet, in the last game we must win!”

Interview with China PR Manager XIUQUAN, JIA:
“We did not play very well in the first half, but we were good in the second. Anyway, we achieved our goal, which was to win the game, and I think we can do better in the last match.

“Our goal here is to win the tournament and to play in the final round.

“As said after the previous game, we must work hard in order to return to our glory days”.

Interview with China PR 6. SHANSHAN LIU:
“We are happy to be in Guam, it is a beautiful place and when we have time off we can, for example, take a walk on the beach. However, we are not here for tourism, we came to play football.

“This year our main task was development, and now we can look forward to the World Cup and the Olympic qualifiers next year.”