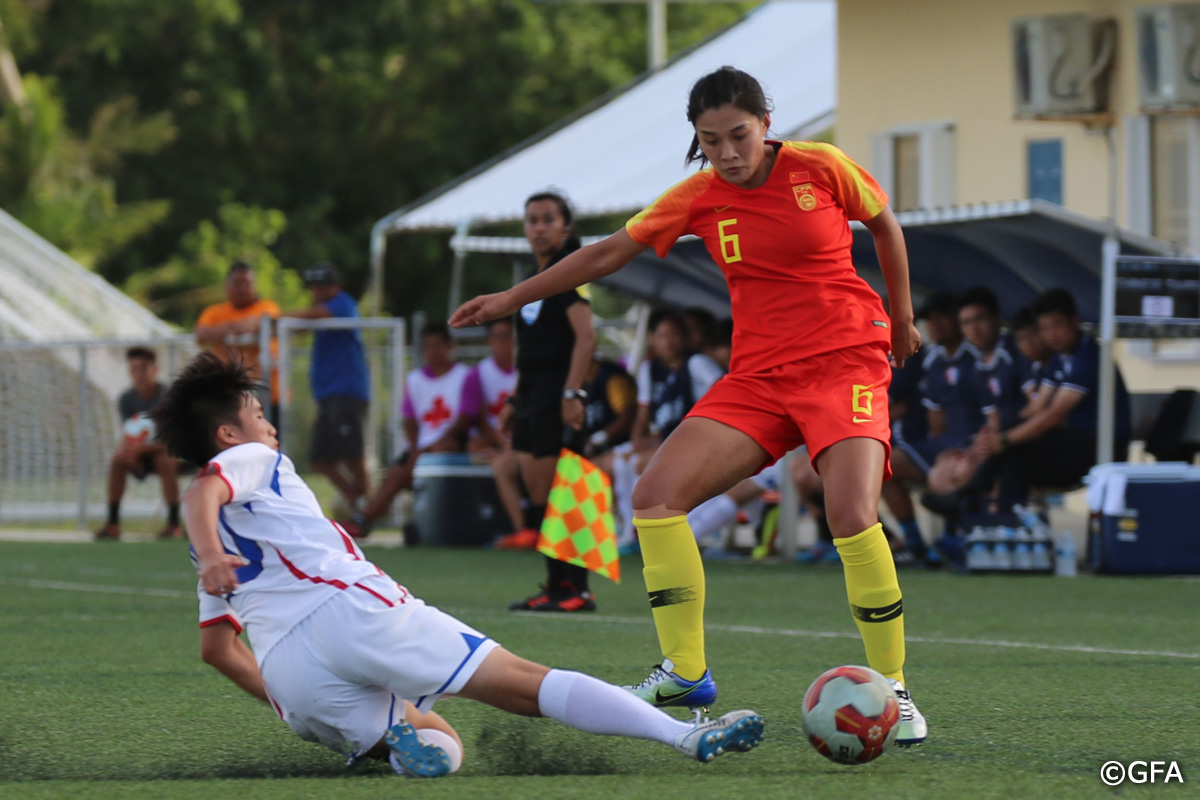 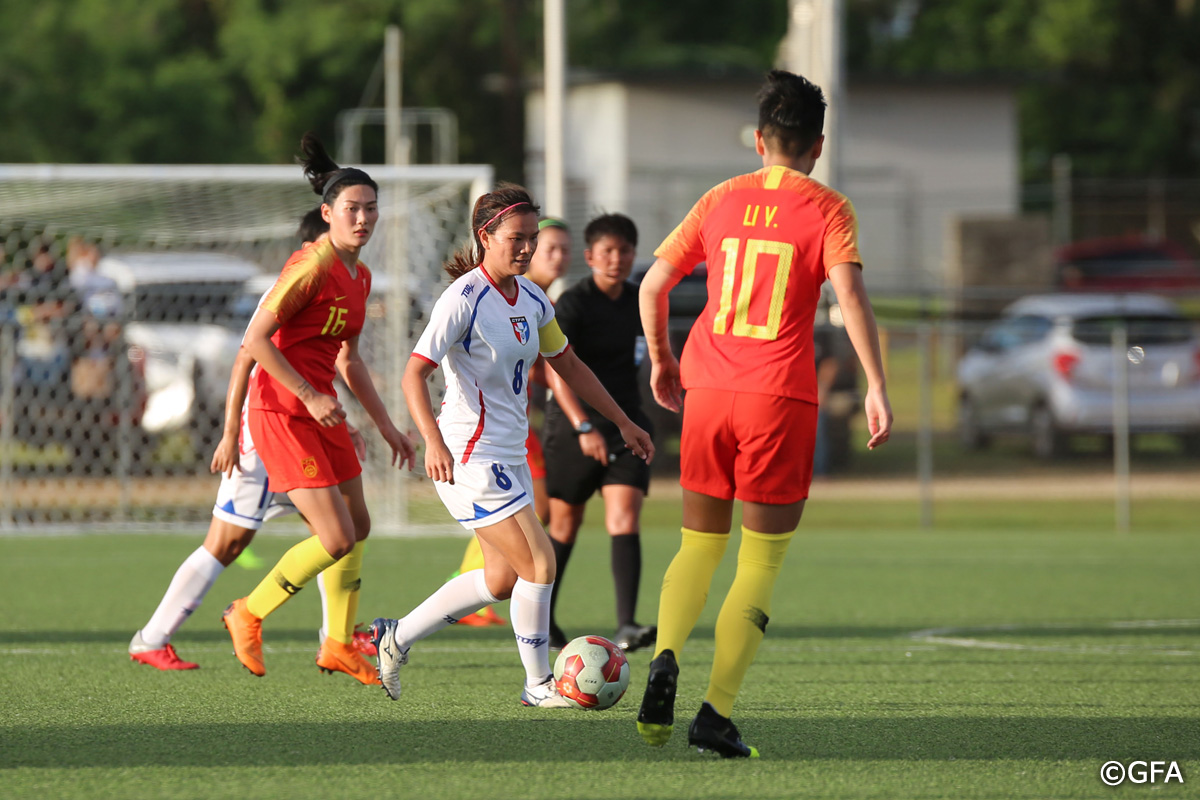 The last game of Round 2 of the EAFF E-1 Women’s Football Championship took place at the Guam Football Association National Training Center. It was the game that decided whether China PR or Chinese Taipei would qualify for the final round of the competition.

The match started as a balanced affair, but China PR took the lead in the 10th minute. MING-JUNG TSAI twice denied attempts by the Chinese forwards, but her third save, on a header by SHANSHAN WANG, was judged to be beyond the goal-line.

Only three minutes later, the lead was doubled when YING LI and YUYI XIAO traded quick passes deep into Chinese Taipei’s penalty area, allowing YUYI XIAO to place the ball in the goal with a precise shot.

The half continued with China PR enjoying most of the ball possession. The well-organized Chinese Taipei team was skillful on defense, and tried to break away with counterattacks whenever given the chance.

China PR’s pressure continued throughout the second half. Many shots flew at MING-JUNG TSAI’s goal, but Chinese Taipei’s keeper produced numerous convincing saves. In the 18th minute, she denied two of QWEN XIE’s close range shots in a matter of seconds.

By the end of the match, both teams were tiring out. Chinese Taipei gradually managed to improve their possession and their passing, but were never able to bring a serious threat to China PR’s door.

The match ended with a 2-0 result, with China PR winning all three of their tournament games without conceding a single goal.

Interview with Chinese Taipei Manager SHIH-KAI YEN:
“First of all, we were very happy to be here in Guam. I want to thank the organizers, the staff, the other teams, and of course my players as well. Thanks a lot.

“On today’s game, China is a very strong team, but these are the matches where we can learn and improve.

“Looking at the future, we must continue to work hard. In particular, we need to do better in our transitions from defending into attacking.”

Interview with Chinese Taipei MING-JUNG, TSAI:
“We really enjoyed playing this tournament here in Guam, which is a beautiful island. I think we did our very best in every game.”

Interview with China PR Manager XOIQIAN JIA:
“All my players deserved this victory. They really had little time to prepare for this tournament after the end of their League. I am very satisfied.

“In China we always play on natural grass, so we needed to adapt to the artificial turf, and I think we succeeded in that.

“Our philosophy is based on teamwork. That is why we could do well.

“An important thing in life is to do one’s work well. After that, one can enjoy life better. We surely enjoyed being here in Guam, and we appreciated the hospitality of the Guam Football Association.”

“Now we have qualified for the final phase of the EAFF E-1 East Asia Championship, and our goal is to win it.”

Interview with the Tournament’s Top Scorer China PR 11. SHANSHAN, WANG:
“It was a team effort, but I am happy of the goals I scored, especially of the long-distance shot against Hong Kong. That was my favorite goal.

“It was nice to be here in Guam. The beautiful views of the ocean helped us to get in the right mood to perform well.

“We have won, and so we have achieved our goal. From now on, we will begin to prepare for our next tournaments, the Olympics and World Cup qualifiers.”