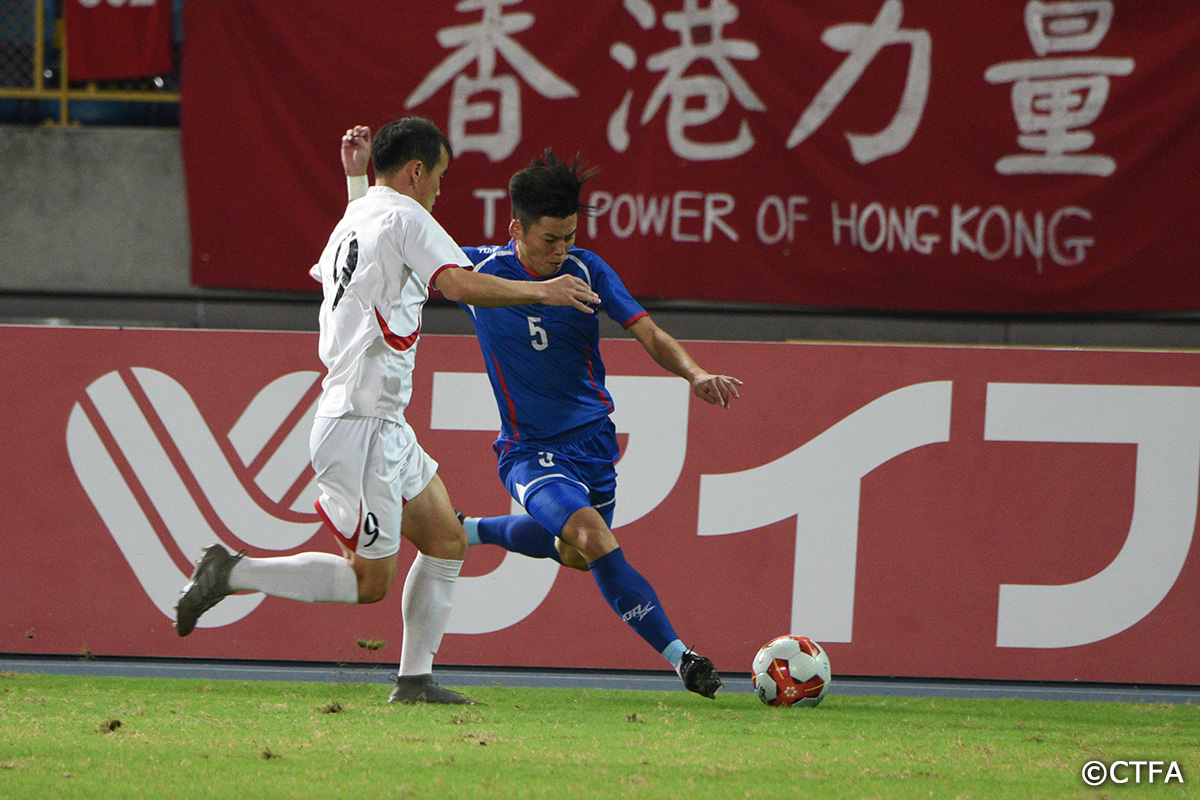 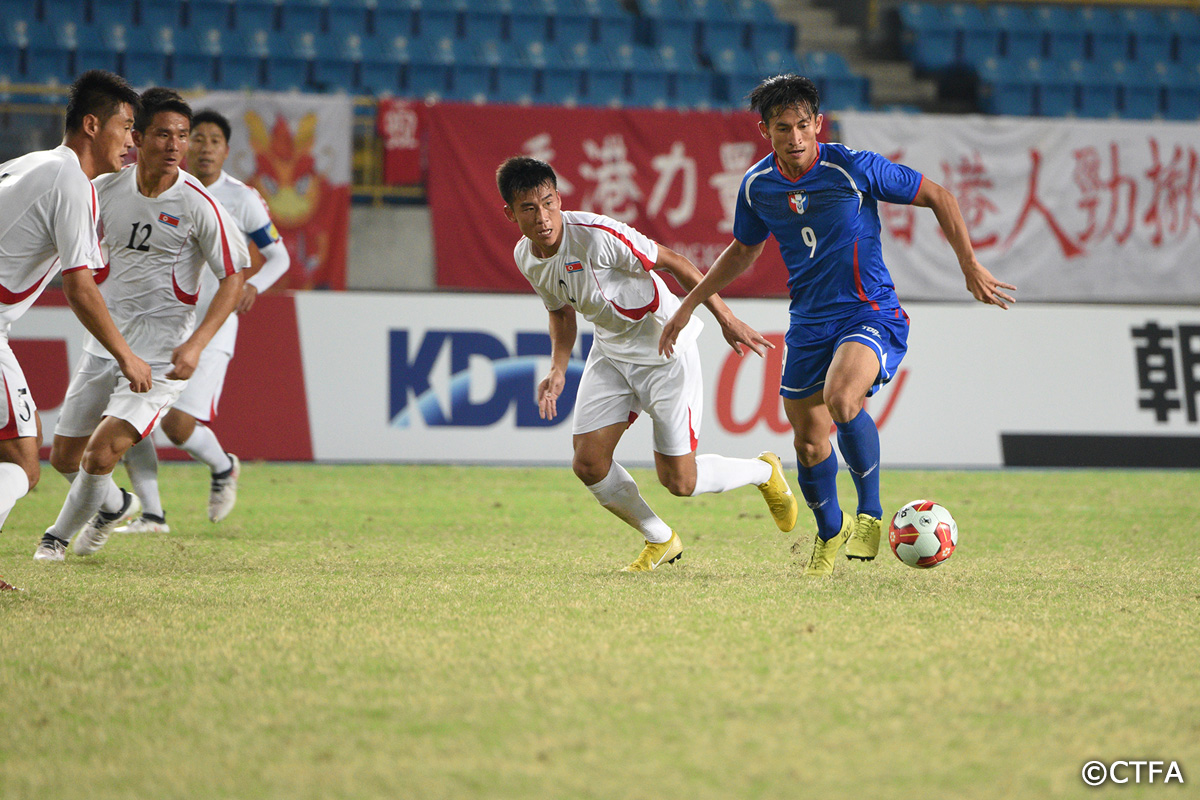 DPR Korea entered the game knowing they needed to score at least three goals to win the tournament. But despite their great efforts, poor finishing and a top defensive effort by Chinese Taipei resulted in a bittersweet 2-0 victory. It was not enough to prevent Hong Kong from claiming the Round 2 trophy and the right to join Japan, Korea Republic, and China PR in the final phase of the tournament in 2019.

DPR Korea enjoyed possession and attacked throughout the game, but the first clear chance came in the 22nd minute when, after a brilliant series of passes, IL GWAN JONG had a good chance inside the box but shot wide. It was one of a handful of chances for the Koreans, but none found the way to the goal. The first half ended on the 0-0 score.

Less than a minute into the second half, YONG IL KIM made an excellent shot from a narrow angle and forced WEN-CHIEH PAN to make a great save. But into the second minute DPR Korea finally took the lead when YU SONG KIM set up IL GWAN JONG to flick one into the net.

In the 54th minute, WEN-CHIEH PAN deflected a header from IL GWAN JONG, and from the corner kick that followed the DPR Korea striker again had a good chance. However, WEN-CHIEH PAN somehow blocked the shot and managed to slap the ball away before further problems developed.

In the 57th minute it was Chinese Taipei’s turn to get close to a goal. EN-LE CHU dribbled up the field and found CHAO-AN CHEN wide on the left. From the cross that followed, EN-LE CHU connected for a header that was saved by MYONG GUK RI.

Seven minutes later, YONG IL KIM was set up to add one for DPR Korea, but a spectacular save by WEN-CHIEH PAN stopped his close-range shot.

But the heroic goalkeeper surrendered a goal in the 73rd minute when he was beaten by a lobbed ball from IL GWAN JONG, and KUK CHOL JANG GOAL rushed in to head the ball home.

DPR Korea needed a third goal and was very close several times. One of their final chances came in the 90th minute, when IL GWAN JONG curved a free kick into the crossbar.

DPR Korea had no luck during additional time, and despite the well-deserved victory, they had to concede the tournament to East Asia’s rising star, Hong Kong.


DPR Korea Head Coach YONG JUN KIM
“Looking forward to the Asian Cup, we need to improve our attitude when things do not go as we hope.

At half time, I told the players that we still have 45 minutes, we must play it until the end.

“We had many goal chances, but unfortunately our finishing was not so good.”


DPR Korea 11. IL GWAN JONG
“Me and my team-mates should have scored more, myself too… I had plenty of opportunities, but I scored only one goal.

With this game, we also learned that we must do better both physically, as well as tactically.”


Chinese Taipei Head Coach CA NHUM VOM
“It is unfortunate that we could not win, but I have nothing negative to say to my players. They did their best, they fought well for Chinese Taipei.

I hope in the future we will have the chance to get more time to prepare. However, I think we did not let the fans down.”


Chinese Taipei 1. WEN-CHIEH PAN
“The result was not a victory, but today too we saw quality football from our team. We have improved a lot, our confidence has improved.

I really want to thank our supporters. This was the last game for this season, hopefully we will do even better next year, thanks again.”