Group A
Group B 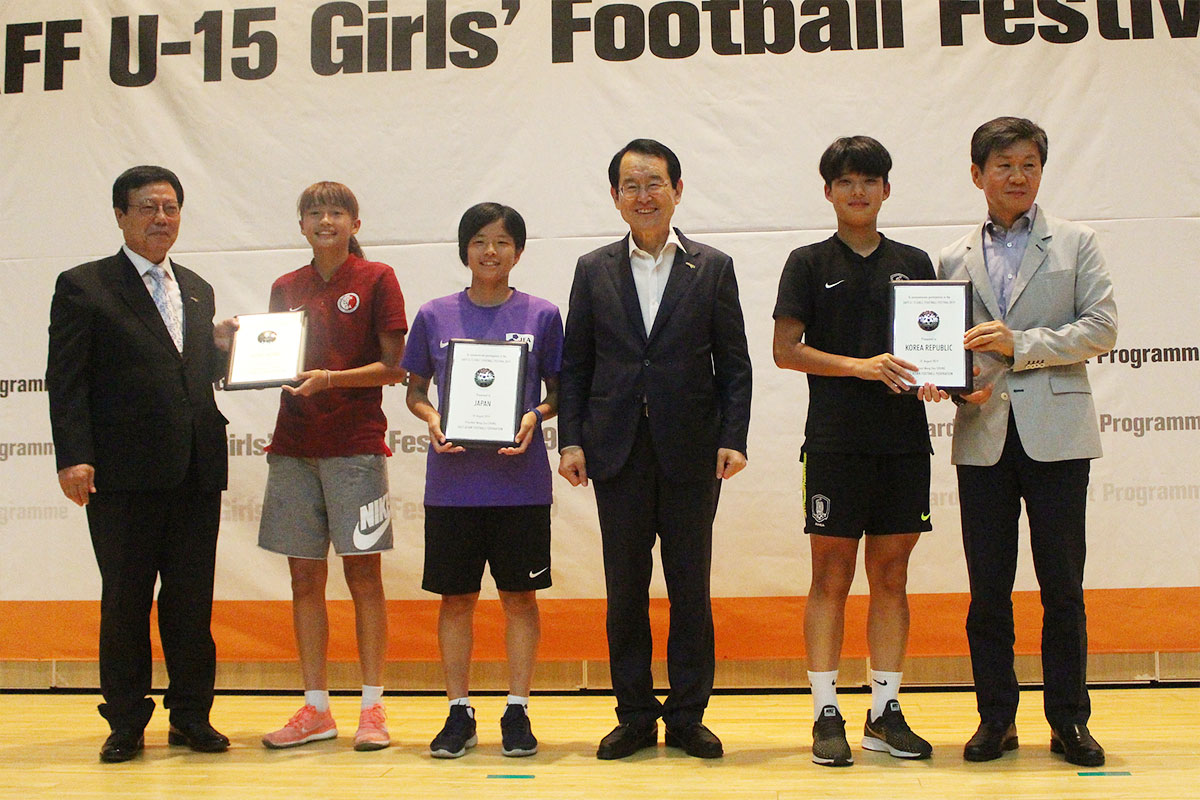 To the Football Families of the East Asian Football Federation,

I am delighted to welcome you to the exciting city of Mokpo for the EAFF U-15 Girls’ Football Festival 2019. For the next six (6) days, Mokpo will be filled with the passion of our young talents from eight (8) teams of the East Asian Member Associations and serve as the platform for the future stars of Women’s Football.

The historic success of the recent FIFA Women’s World Cup France 2019 demonstrated the increasing interest towards women’s football with record breaking viewership all over the world. The world has witnessed women’s football in its highest level as well as its huge potential yet to be realized.

In line with the launch of the FIFA Forward Development Programme, the development of women’s football has been one of our primary goals over the last few years. Football is becoming more international by the day and the importance of international experience cannot be emphasized enough. I hope this second edition of the U-15 girls’ competition inspires the participating players to fulfill the vision and objectives of the FIFA Forward 2.0 initiative. I extend my sincere gratitude to FIFA and the AFC for their continuous support towards the development of our beautiful game.

Lastly, I would also like to thank the city of Mokpo for their warm hospitality and their efforts in hosting this festival. I hope all our players and guests enjoy the experience this wonderful city has to offer.

Eight (8) teams shall be divided into two (2) groups of four (4) teams each and each group shall play a single round robin league. All Participating Teams will play five (5) matches in total, where each team shall play,
・one (1) match against every other team within the same group and
・two (2) inter-group matches based on the result of the group stage

In the inter-group matches, the following sequence of Matches shall be applied:

There will not be any outright winner or champion emerging from this Competition as it is not a competitive Championship.

Individual prizes will be awarded to the outstanding players in each group
The individual awards given to each group will be as follows;
Top Scorer, MVP, Best MF, Best DF, Best GK