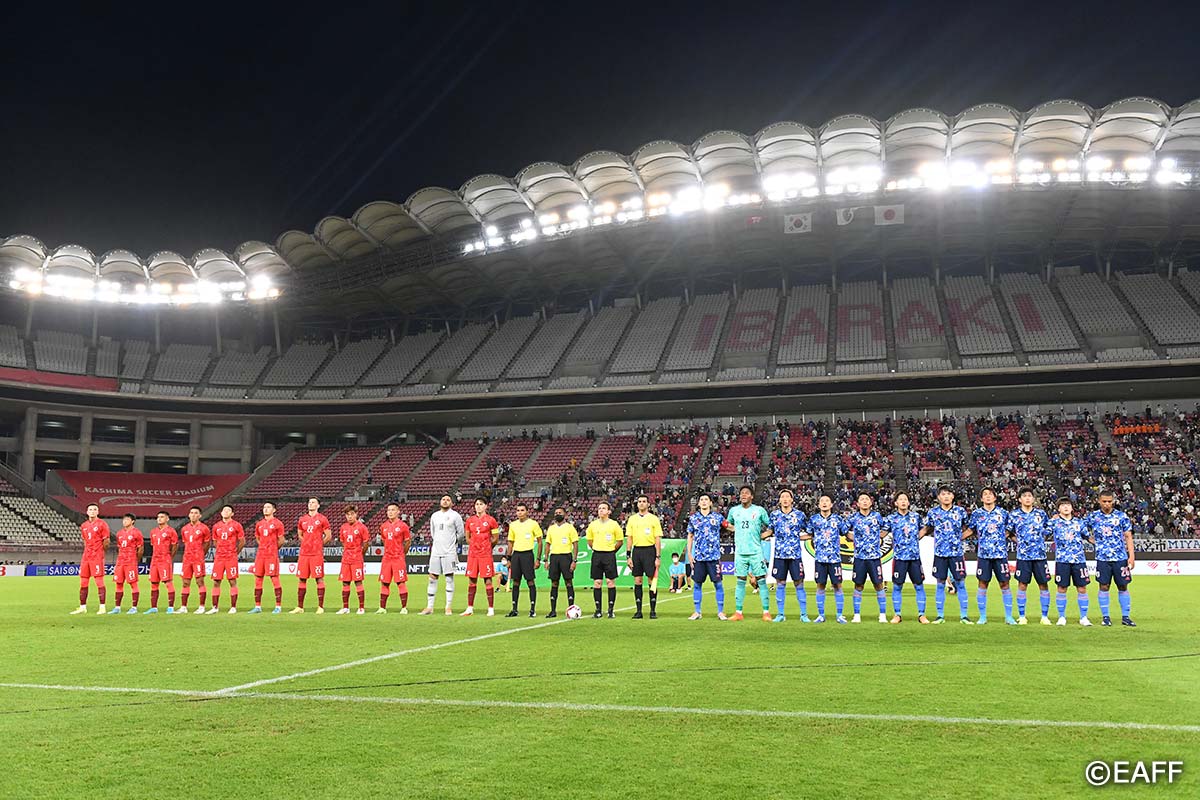 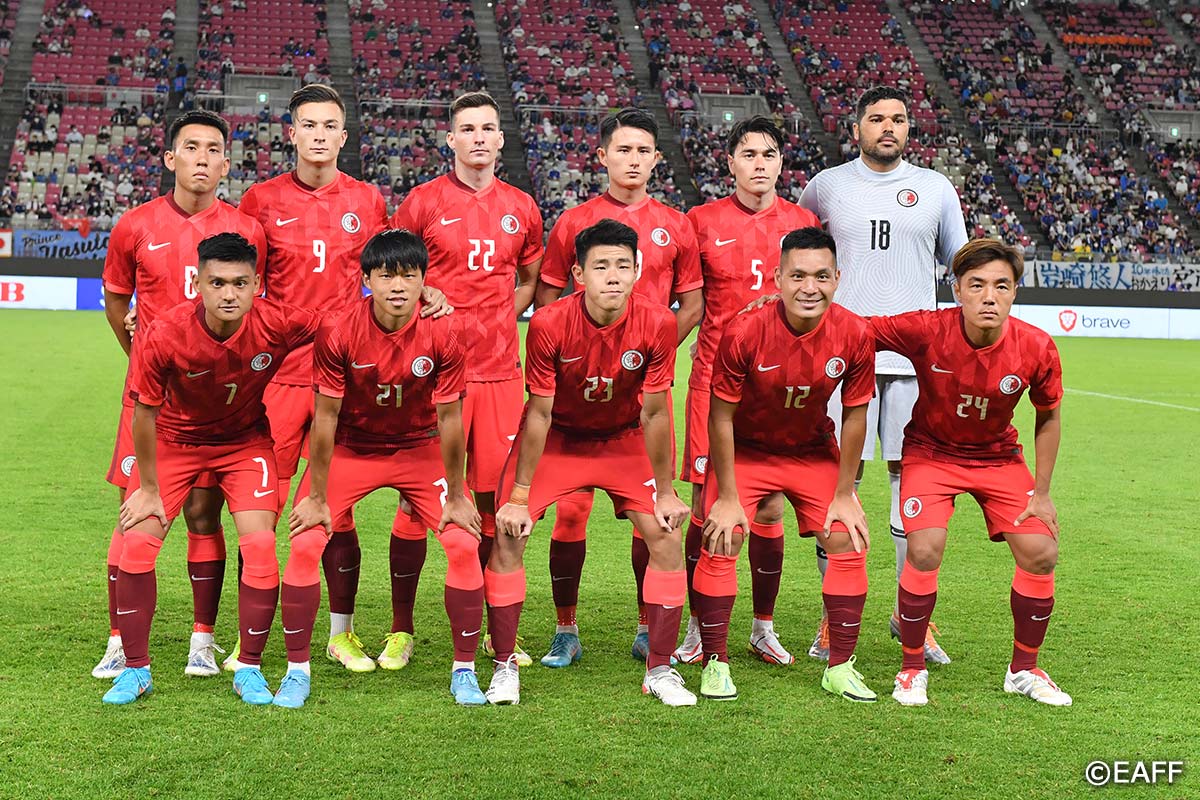 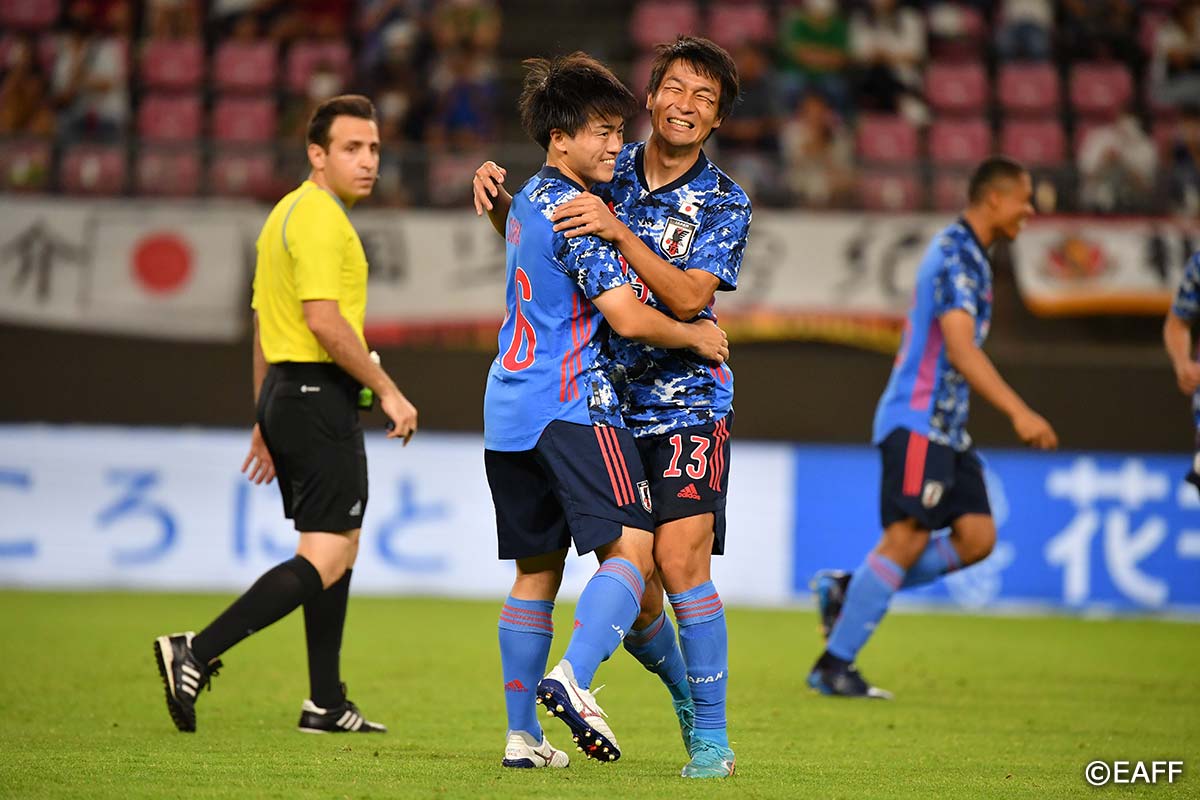 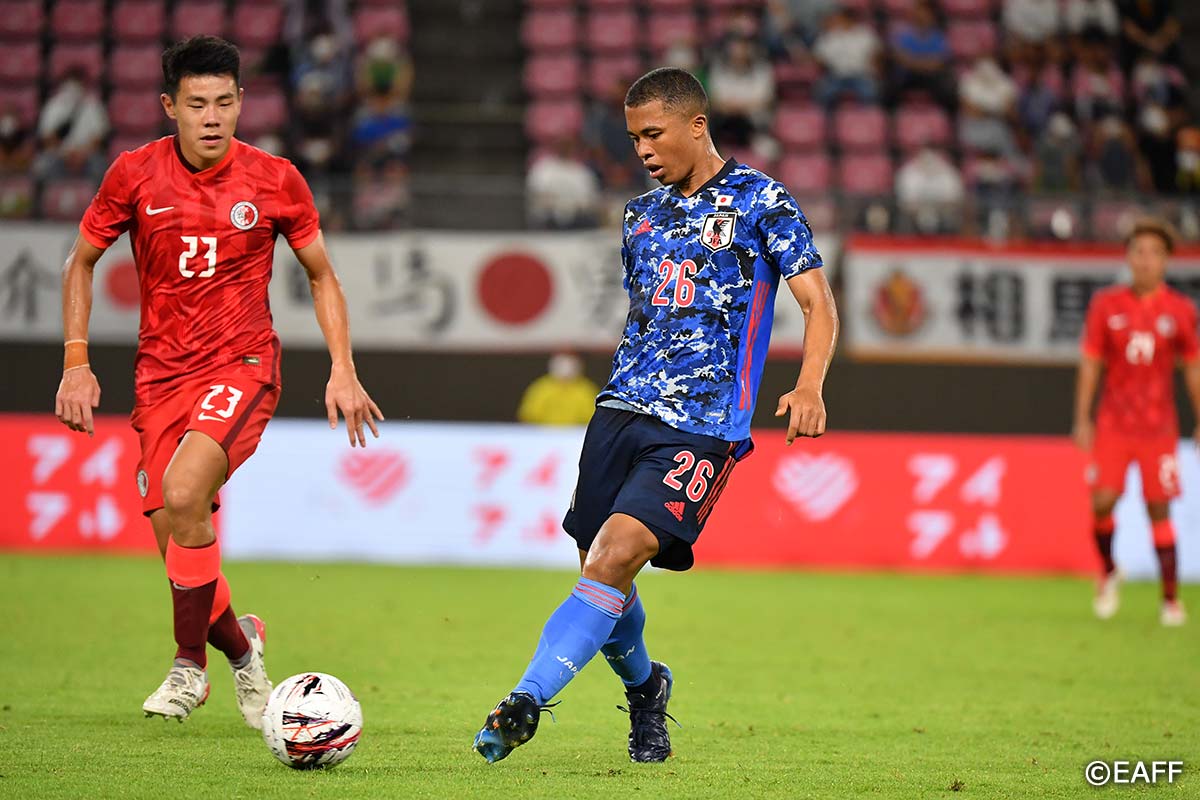 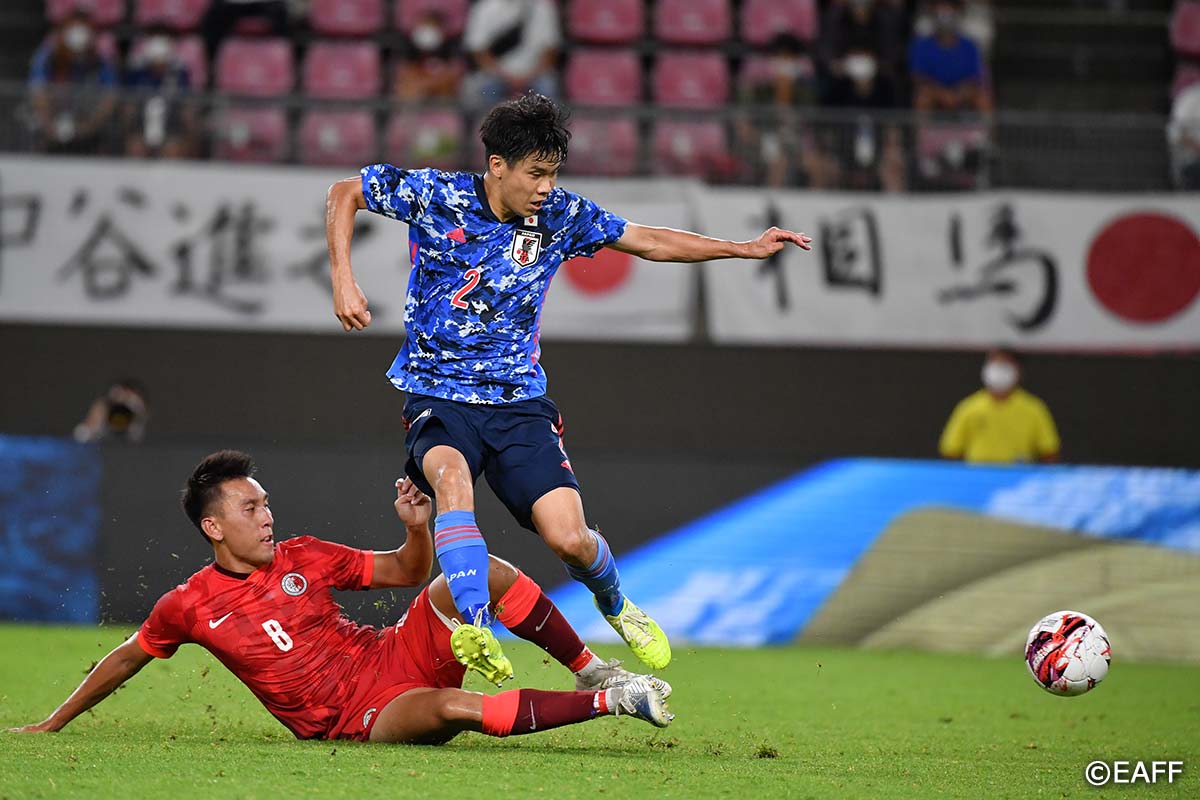 The opening match of EAFF E-1 FOOTBALL CHAMPIONSHIP 2022 FINAL JAPAN was held July 19th at Kashima Soccer Stadium in Kashima, Japan between Japan and Hong Kong.
Hong Kong wanted to use the E-1 Championship to strengthen its capabilities, but those hopes were quickly dashed by Japan. In the 2nd minute, SOMA Yuki’s free kick from the penalty area landed inside the left goalpost, giving Japan an early 1-0 lead.
Hong Kong was eager to even the score. Midfielder Wu Chun Ming attempted a right-footed shot from near the penalty area, but it went off to the left goalpost.
Japan's solid passing skills helped them maintain possession, forcing their opponents to wear themselves out chasing after them. In the 20th minute, forward MACHINO Shuto headed in a pass from YAMANE Miki, putting Japan up 2-0.
Two minutes later, NISHIMURA Takuma fired a quick, low shot from the penalty area past Hong Kong goalkeeper Paulo Cesar Da Silva Argolo to make the score 3-0.
Hong Kong attempted to go on the offensive, but the Japanese players were quick to shut them down. In the 40th minute, NISHIMURA Takuma took another low-angle shot from close to the penalty area to the left of the goal, giving Japan a 4-0 lead and tallying a second goal for NISHIMURA.

Hong Kong swapped in three substitute players in the second half to strengthen their offensive ability. But in the 55th minute, SOMA Yuki received a pass from YAMANE Miki from the bottom line on the right and heel-tapped it into the goal to extend Japan’s lead to 5-0.
Two minutes later, Japan tried the same pass from the bottom right line, but was blocked by the Hong Kong goalkeeper. MACHINO Shuto picked up the rebound and scored to put Japan ahead 6-0.
Hong Kong had two corner kicks in the 66th minute, but both failed to score. Japan countered with multiple attacks after the 70th minute, but failed to capitalize on their late-game offensive. At the final whistle, Japan took the first game of the Men’s tournament with a 6-0 victory over Hong Kong.