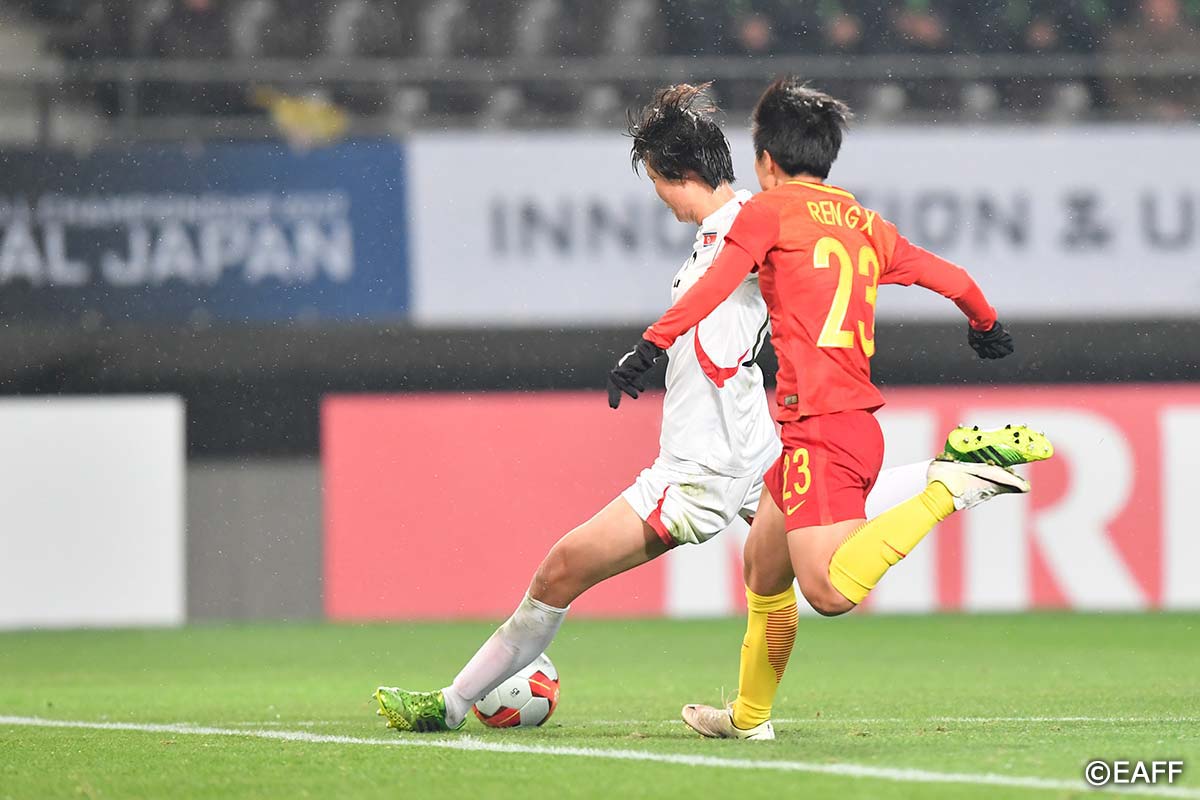 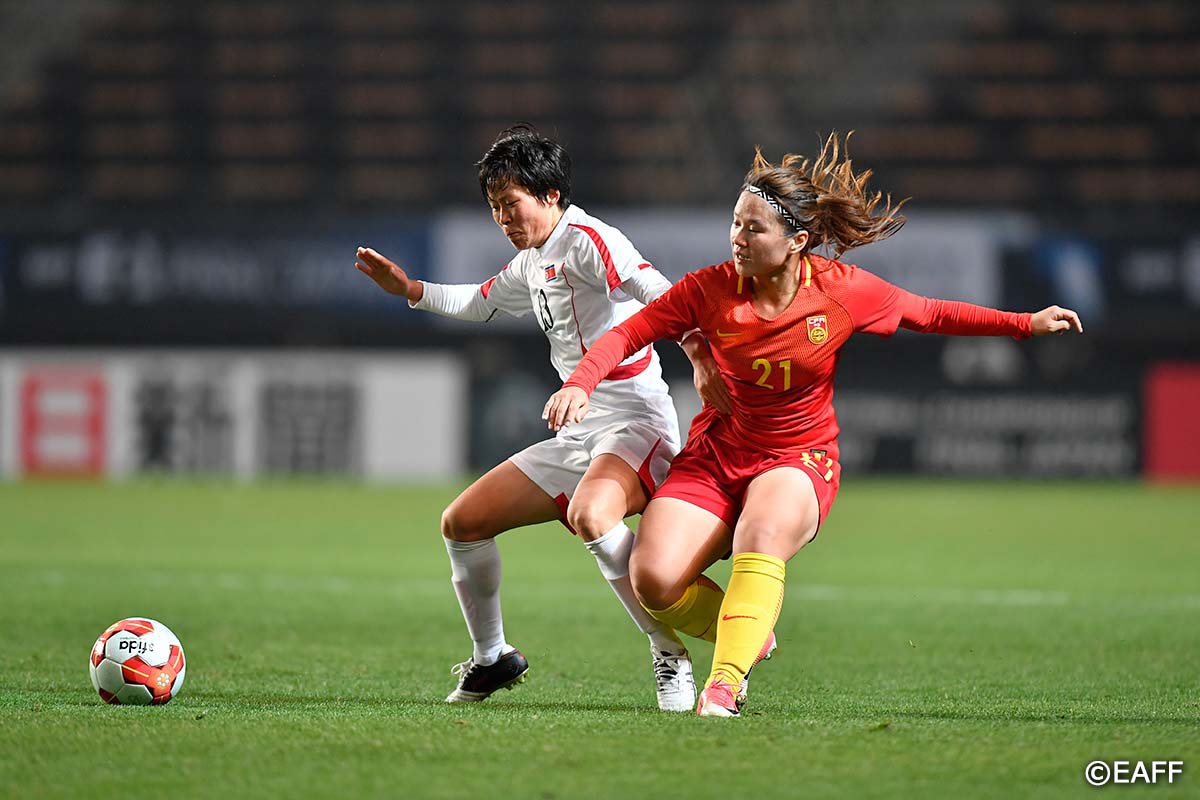 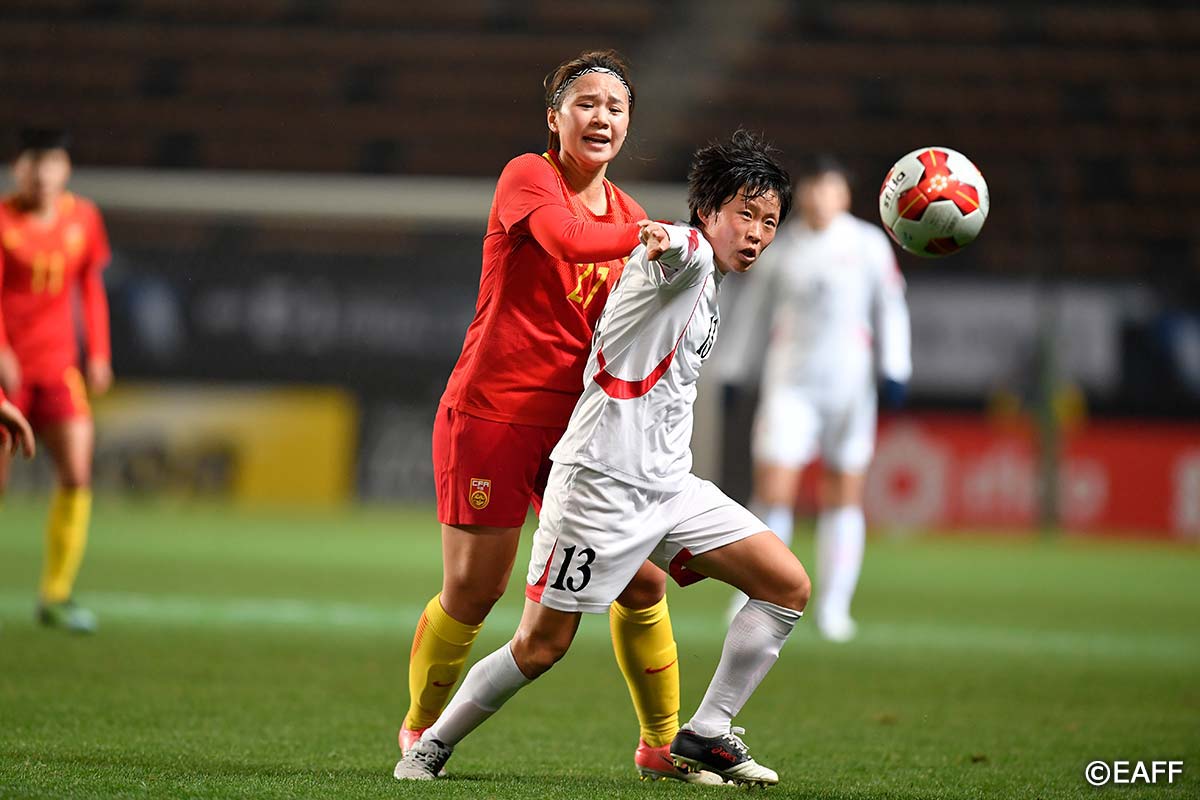 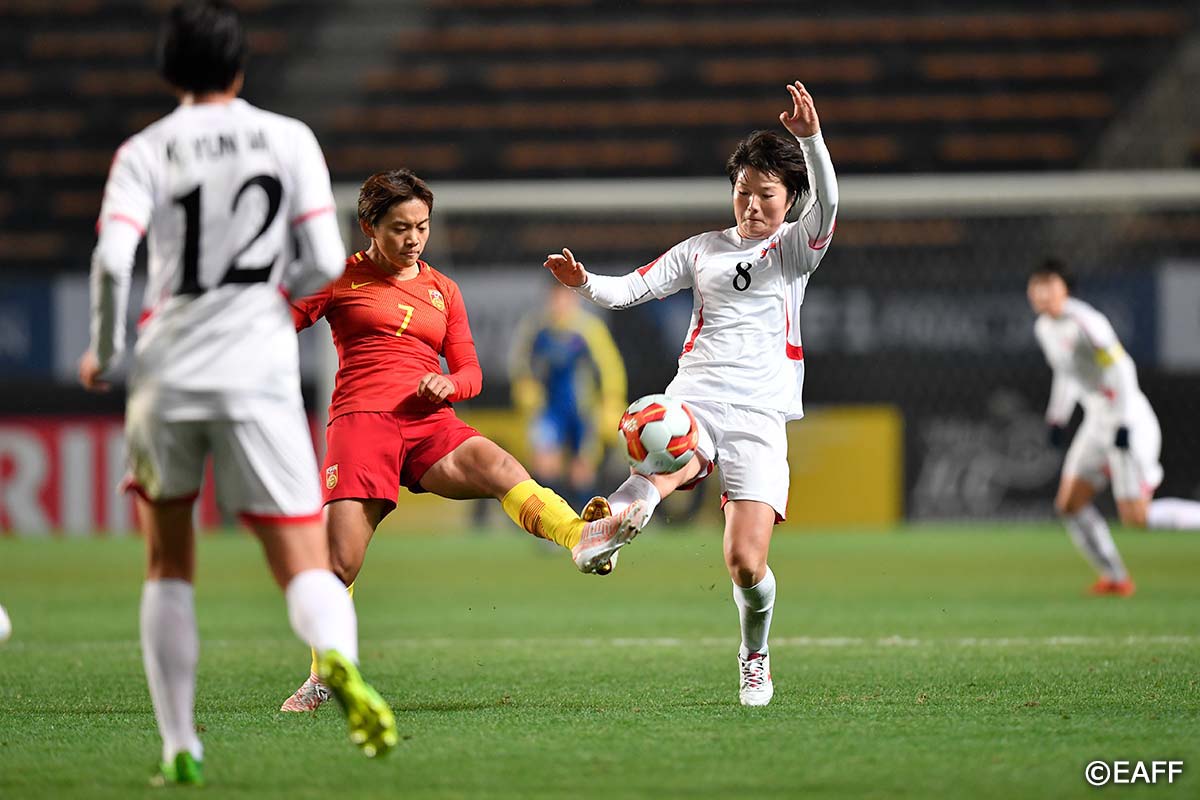 The DPR Korea (DPRK) crushed the top 8 team China PR in the Rio Olympics through an overwhelming victory in the Olympic Qualifying Tournament.
Forward KIM Yun Mi managed to score a point each in of the halves goal in each half to lead the team to a 2-0 victory. The DPRK team, led by head coach KIM Kwang Min, prevented China from attacking on the sides with their tight defense and attacked the goal quickly using their top two players, number 10 RI Kyong Hyang at aged 21 and KIM Yun Mi. KIM Yun Mi made an accurate shot using his her right foot in the 24th minute, and China’s goalkeeper ZHAO Lina was not able to react to that shot.
The DPRK was able to keep China’s score at 0 all the way to halftime. After halftime, the DPRK did not continue to go on the offensive offensively against China and extended the counterattack at times to gain additional scores. In the 78th minute, the Captain captain and defender KIM Nam Hui intercepted the ball, rushed toward the goal from the right, and passed it to SUNG Hyang Sim, who had entered the game at the halfway point halftime. KIM Yun Mi then lightly tapped it into the goal to eventually end the game.