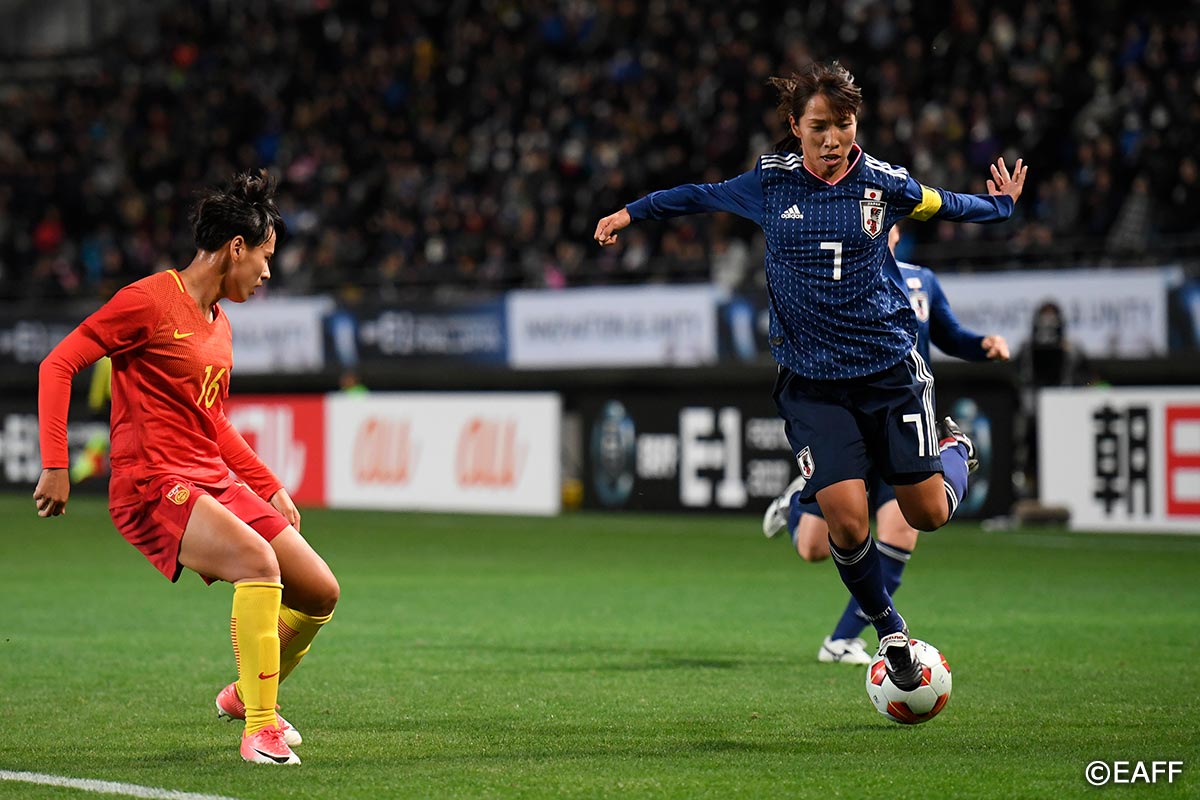 Against China PR’s 4-2-3-1 base, with middle passes from players such as WANG Shanshan and having LI Ying as a target player chasing the goal, Japan, with a 4-1-4-1 formation, put defensive midfield SUMIDA Rin behind the playmakers SAKAGUCHI Mizuho and NAOMOTO Hikaru. Japan attempted to break China PR’s defenses with quick distributions from SAKAGUCHI, but the passes were stopped in the midfield. Despite this, 20 minutes in, TANAKA Mina reacted to NAKAJIMA Emi’s through-pass to shoot, defeating the opponent’s goalkeeper ZHAO Lina and taking the lead.
In the second half, Japan sent in its ace IWABUCHI Mana and its technician MOMIKI Yuka, but the Chinese defense managed to hold on, and Japan was unable to steal any additional goals. However, Japan also didn’t allow China PR to catch up, and the Japanese team won 1 - 0 eventually. They will attend the grand finale on Friday the 15th, vying for victory against DPR Korea, who are on a two-win streak.