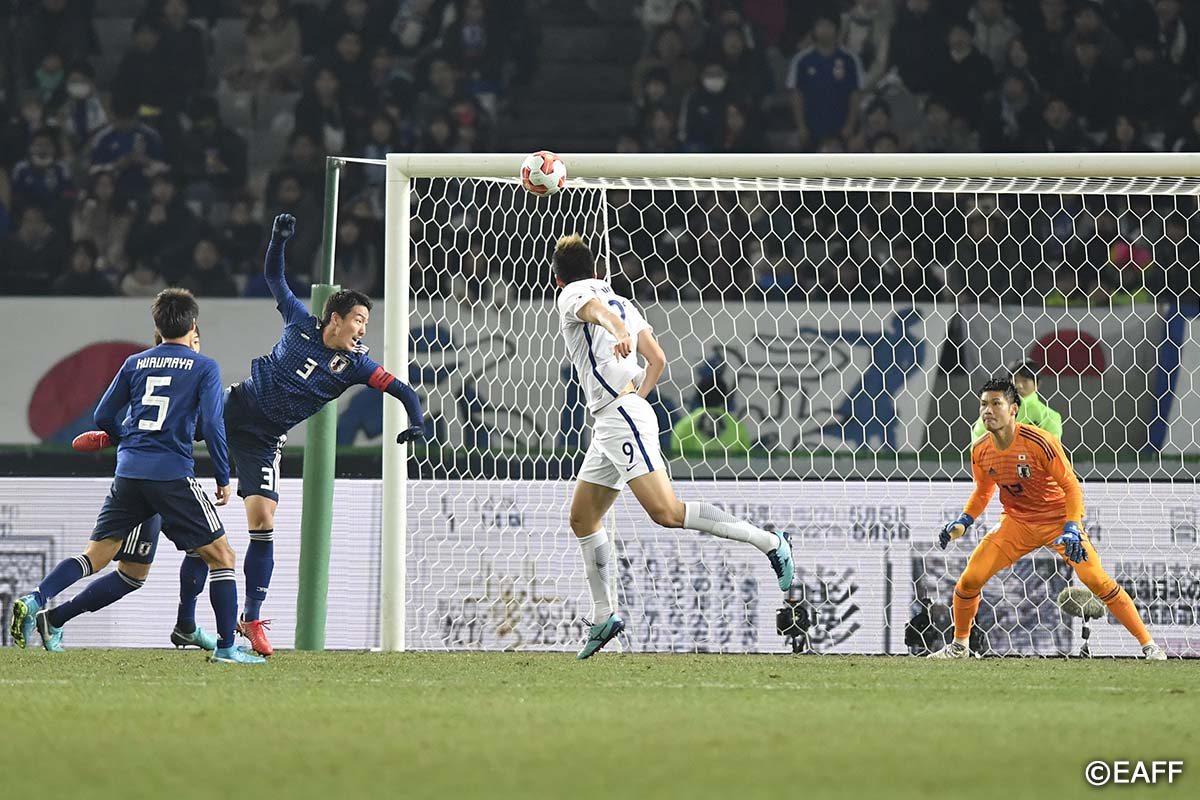 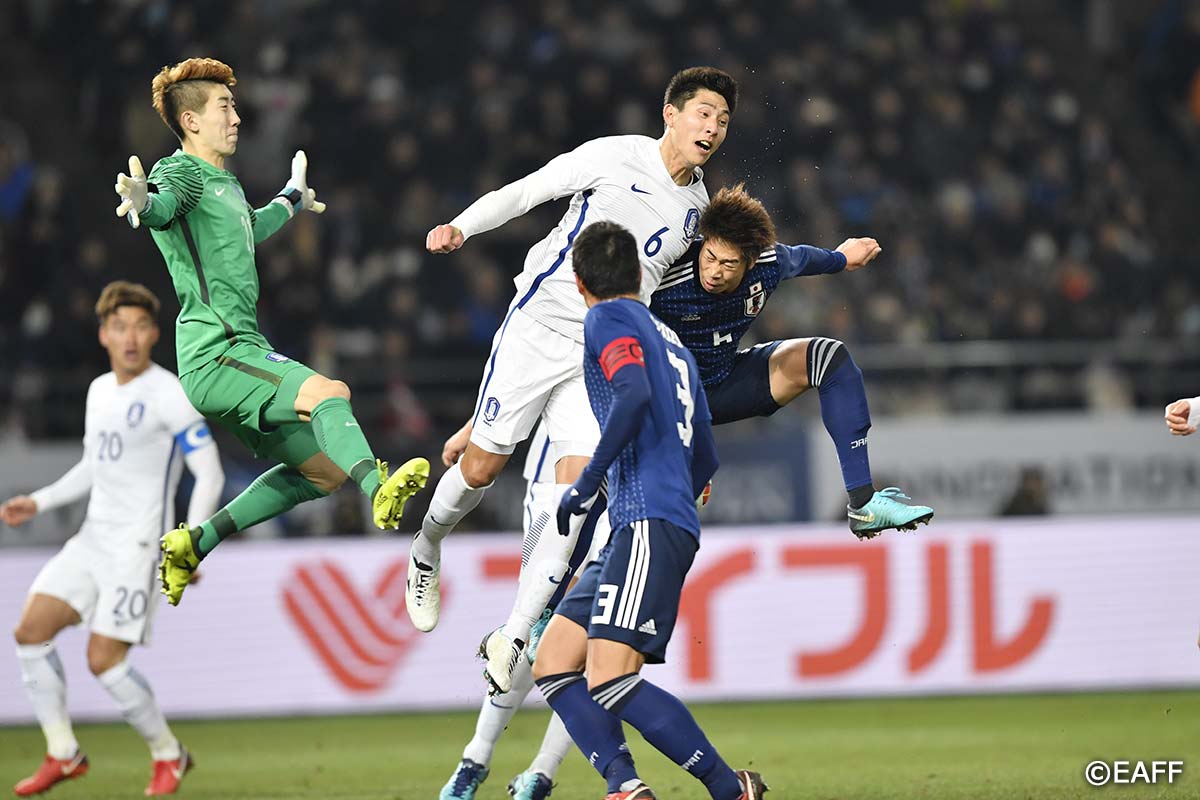 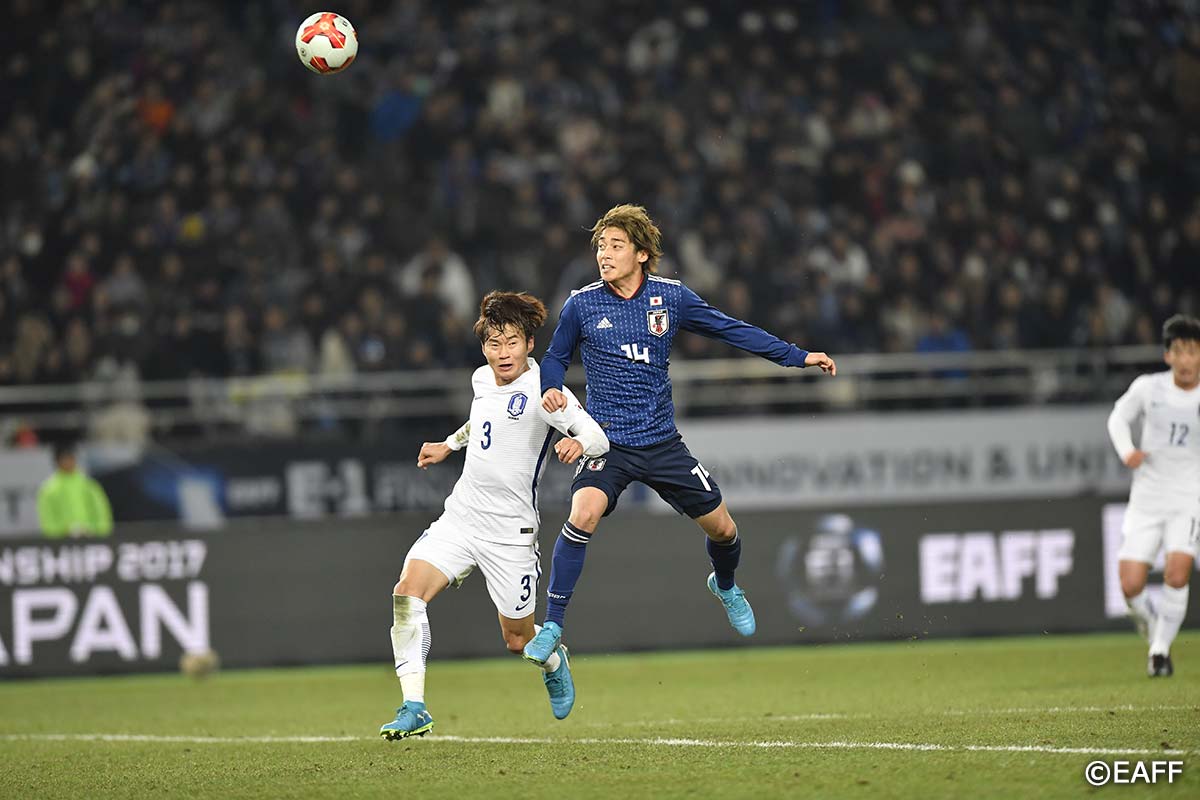 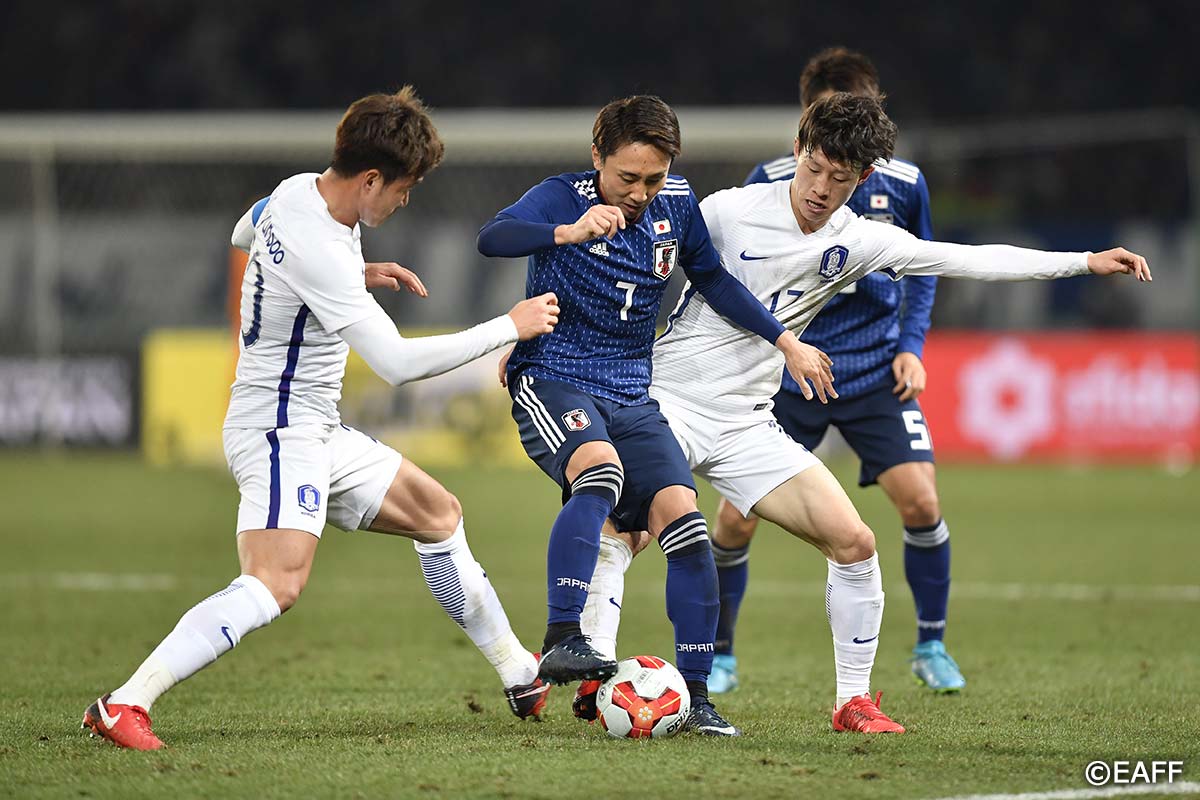 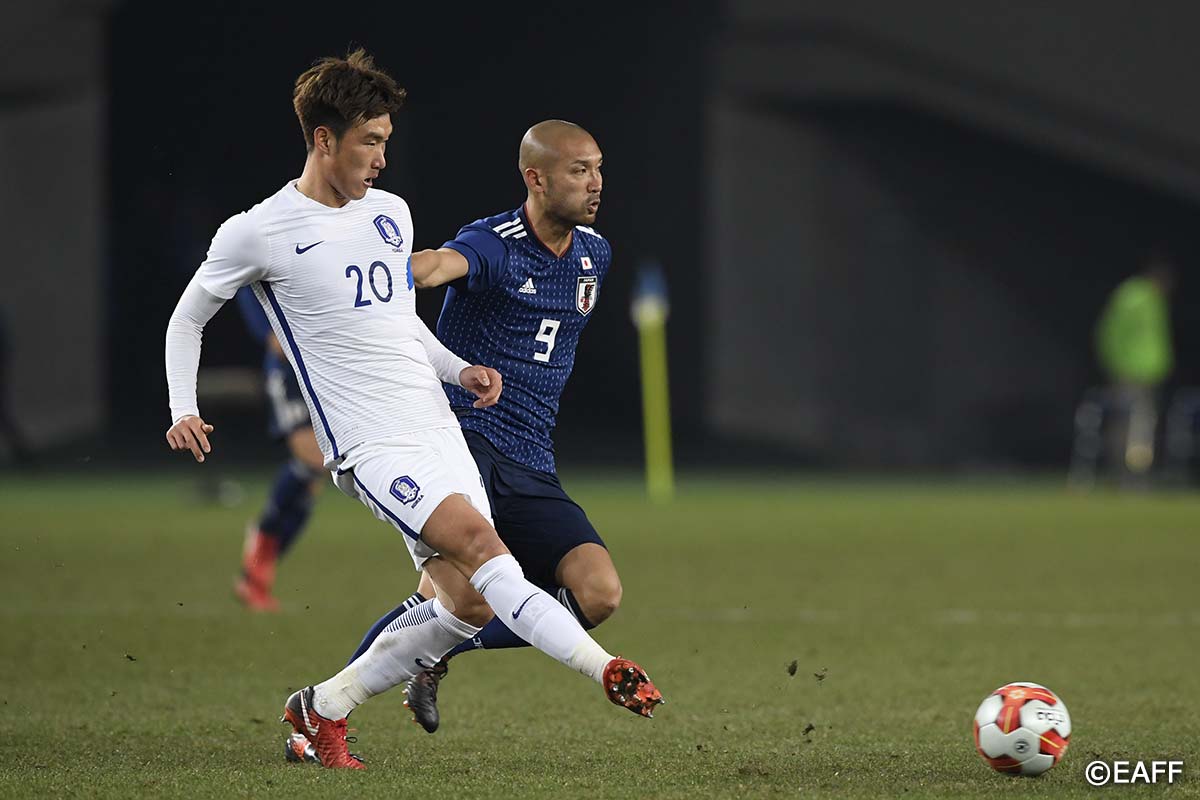 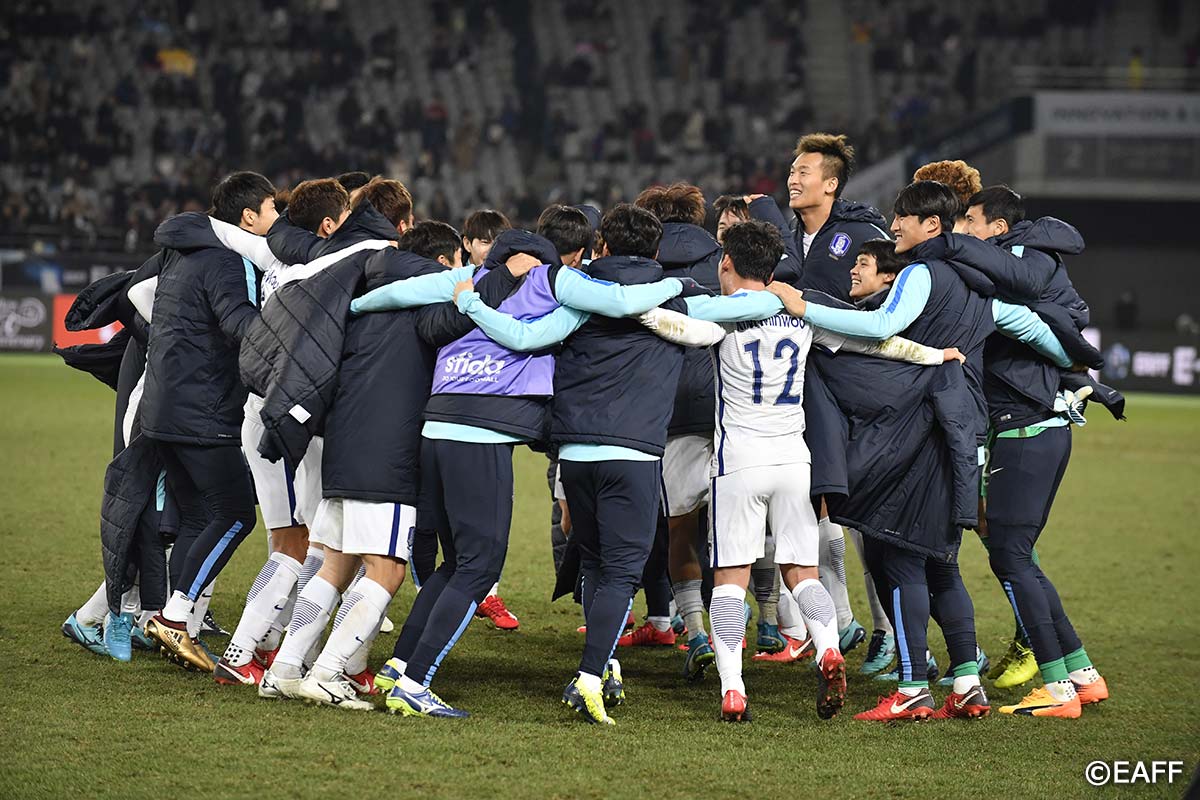 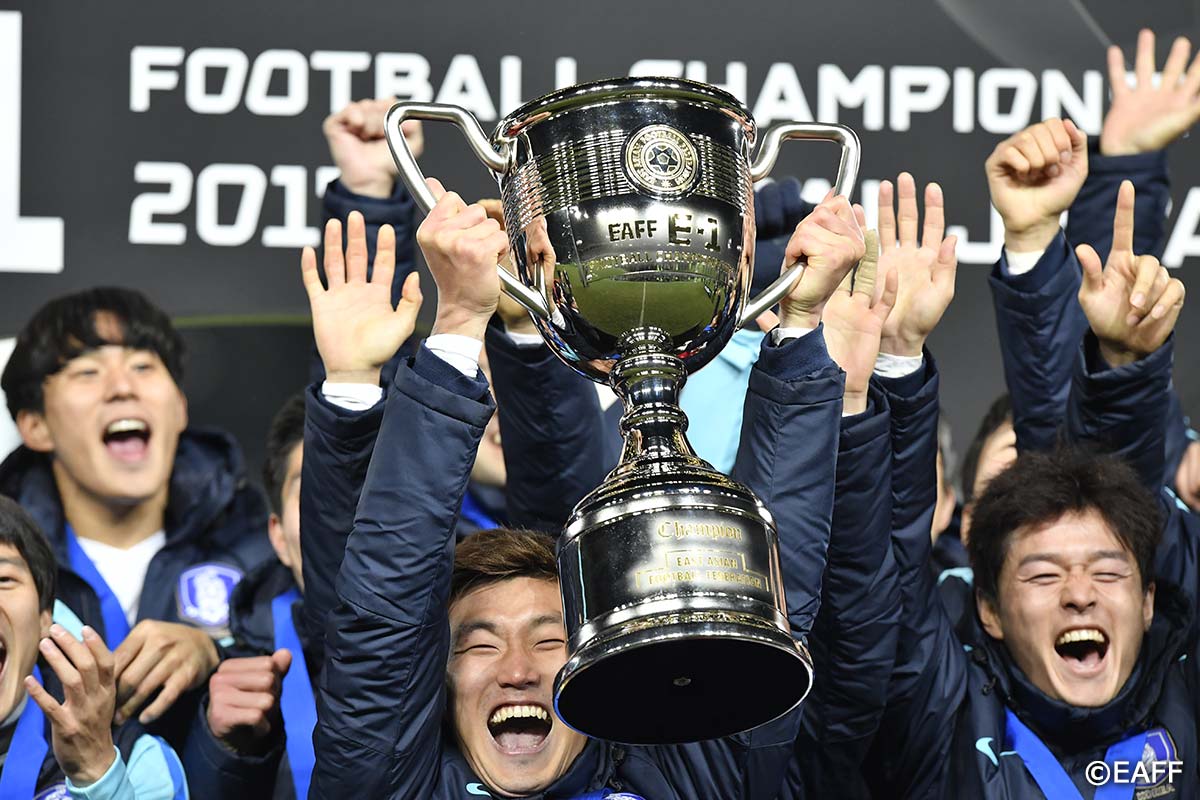 Japan, who only needed a draw to win the E-1 title, asserted themselves from the early stages of the match. A throw-in to ITO Junya allowed him to enter the penalty area, where he won a PK. It was finished calmly by KOBAYASHI Yu, who scored the first goal of the match and his second of the tournament. However, Korea REP exploited the gaps that opened up in Japan's team after the early goal and applied pressure, creating a string of chances. KIM Jinsu's cross in the 13th minute was met by the tall frame of KIM Shinwook, who scored the equalizer, and JUNG Wooyoung's knuckleball-style direct free kick in the 23rd minute completed the comeback. From there, Korea REP's LEE Jaesung dribbled forcefully up the field and released KIM Shinwook on the left with a through ball that allowed him to direct his shot under the feet of GK NAKAMURA Kosuke for Korea REP's third goal.
In the second half, YEOM Kihun slotted home his free kick from the right of the penalty area to establish a three-goal lead. Korea REP played three at the back to close out the game with a strong defense, and JO Hyeonwoo produced a good save in stoppage time to deny KAWAMATA Kengo's volleyed shot. After coming from behind, Korea REP's perfect game management led to their big win and allowed them to retain the E-1 title.