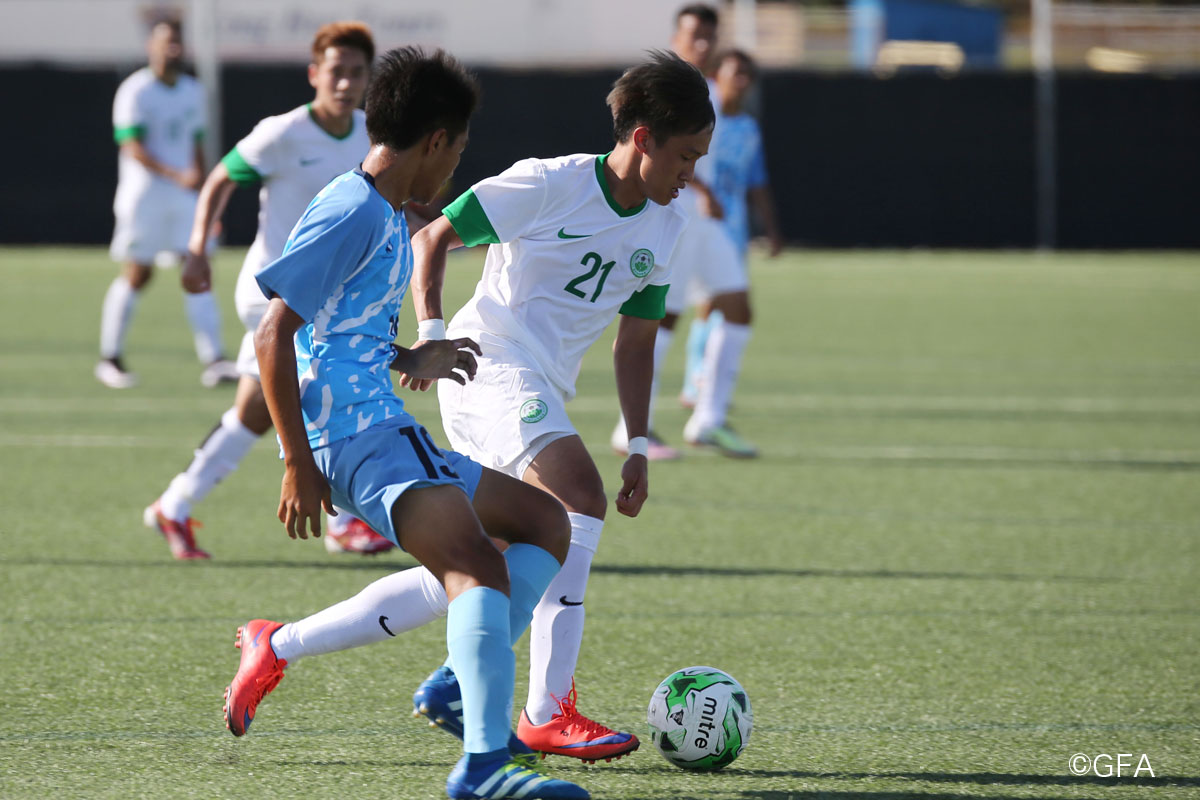 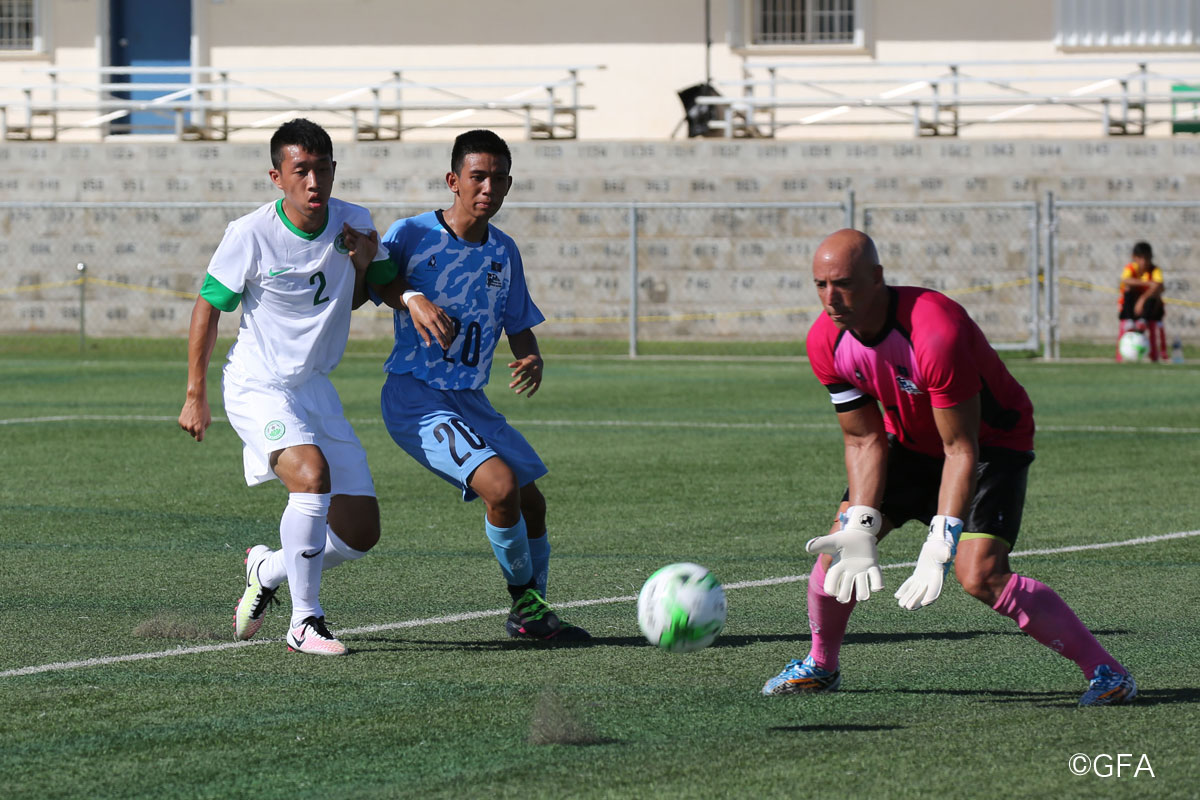 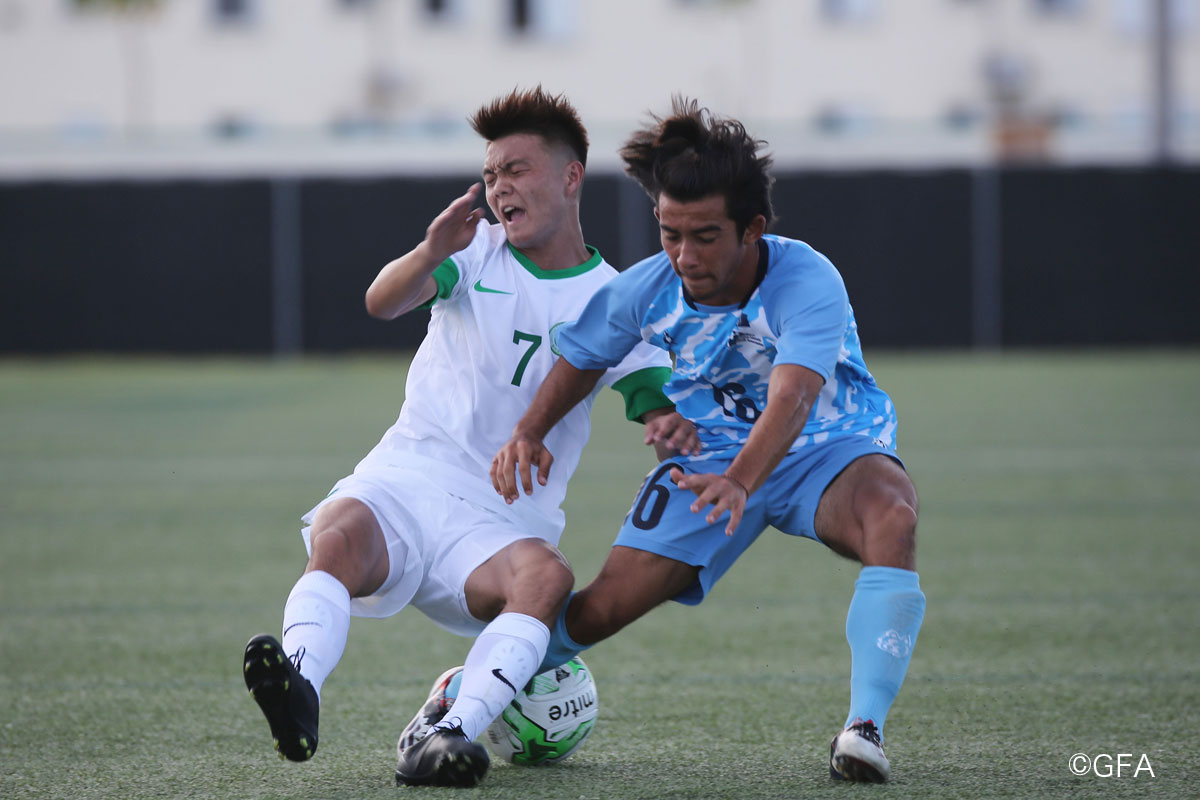 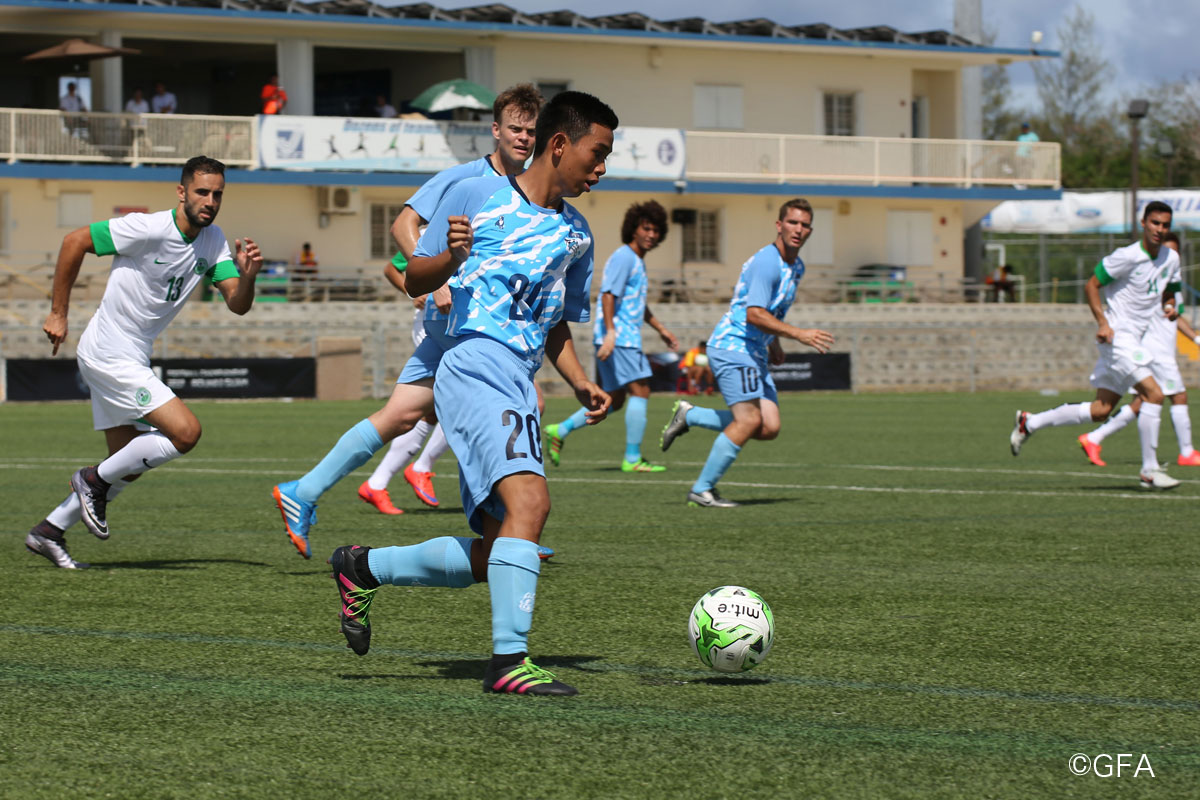 Northern Mariana Islands and Macau men’s national teams squared off at the GFA National Training centre in Guam in the third match of the EAFF E-1 Football Championship Round 1 Guam.

The two teams have met on the very same pitch in 2014, and in that occasion the Northern Mariana Island earned their first ever (and so far only) victory; however, in this occasion it was a very improved Macau team that claimed the three points with a 3-1 final score.

In the 9th minute the Macanese had already taken the lead. After a corner kick Pak Chun Chan delivered a long cross that cut through the whole penalty area, and was met on the far post by Ka Seng Lam who slotted the ball into the goal from close range.

However, it took only two minutes to the Northern Mariana Islands to equalise. Michah Laurence Griffin sneaked away on the left but was tripped just inside the box, for a clear penalty. The Eighteen-year-old took care of the kick, and he coolly scored his first International goal from the spot, which was also the third goal from a penalty conceded by Macau in this tournament.

Team Macanese regained the lead in the 40th minute. A powerful shot by Ka Hang Leong was saved by Johann Thomas Noetzel, but Filipe Miguel Cordeiro Duarte was quick on the rebound and tapped in his second goal of the tournament.

Into the second half, in the 25th William Otto Dunn III hooked Chi Hang Pang into the penalty area, and this time the 11-meter kick was granted to Macau. However, Leong’s shot was saved Noetzel, who has so far been the most outstanding goalkeeper of the tournament.

The game was in balance until the very end, thou Macau for the most controlled possession and Northern Mariana Islands could not create any dangerous opportunity.

In the dying moments of the match, Lam netted his brace after beating the off-side trap on an exquisite through-ball from Pang.

COMMENTS:
Northern Mariana Islands - Michah Laurence Griffin(#11, scored a goal)
“We have done most of what the coach asked us to, but we’re not there yet, we can still play better football.

“Personally, I worked hard, I did all I could. At times it would be good to have a bit more support, but I understand this is the way it will be for the rest of the tournament.

“I think we can do better, and we will do in the next game against Mongolia. As a striker, my job is to put the ball in the back if the net when my chances come and I am happy I scored my first international goal today.”

Northern Mariana Islands - Kiyoshi Sekiguchi(coach)
“We were a bit better than in the previous game, both defensively and offensively, our possession as well was up. I thought in this match the opponents will have most possession, but I was sure we would have had our chances to score.

“I believe that we have improved from the past tournament: two years ago we could barely hold on to the ball. Overall I see progress with the team.

“In the next game as well we might not enjoy much possession, but we want to absolutely win, we don’t want to go home without at least a victory.”

Macau - Ka seng Lam(#11, scored two goals)
“I feel good about the game today, we implemented what the coach asked us to do and we created several chances.

“I am very happy I helped the team with two goals, now it is very important that we recover our energies, and then concentrate on the next match versus Chinese Taipei.”

Macau - Iao San Tam(coach)
“We tied the first match, and as we want to qualify the only thing that mattered to me as we entered this game was not the score, but just winning and getting the three points.

“Just as in the match versus Mongolia we controlled the ball well, we created chances, but Northern Mariana Islands defended well, and they also have a great goalkeeper.

“Looking at the next game, I know that [on paper] Chinese Taipei are better than us, but in football anything can happen, we will play as a team and we will see what we have got after those 90 minutes”.