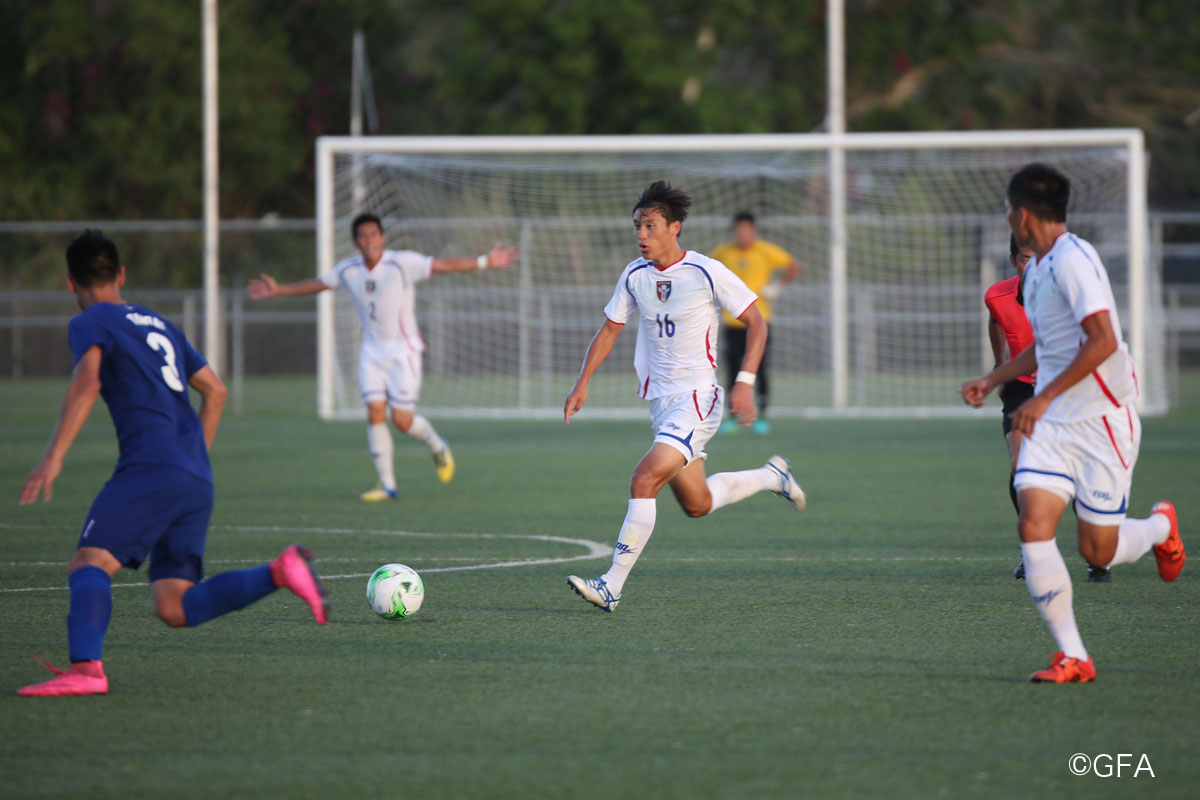 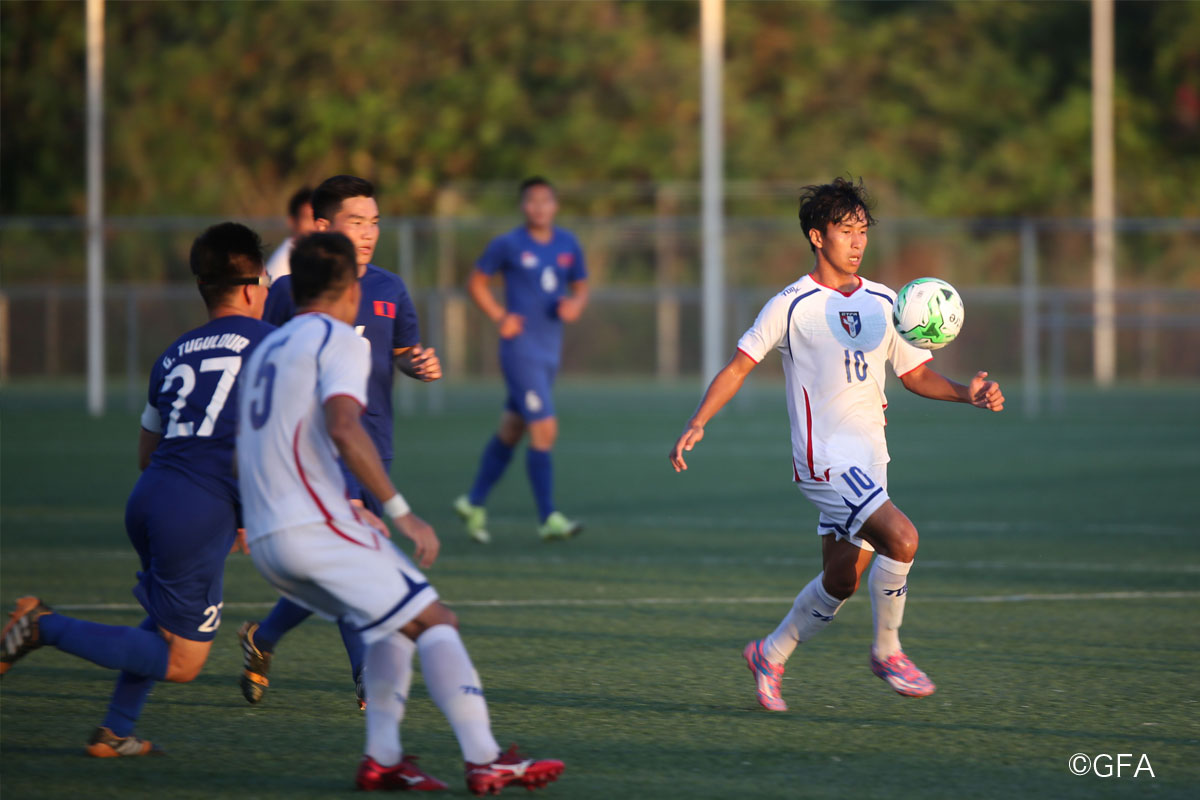 The fourth match of the men’s tournament at the EAFF E-1 Football Championship Round 1 Guam was played in Guam, at the GFA National Training Center between Mongolia and Chinese Taipei.

The match was also a duel between the two players that most had impressed in the first day of the men’s tournament, Mongolia’s Bayarjargal Oyunbat and Chinese Taipei’s Chieh-Hsun Lin.

After an overall uneventful first 45 minutes, three minutes into the second half Chang-Lun Lin penetrated deep into the Mongolian penalty area and dropped back a great pass that was hit by Wei-Pin Weng and flew just wide.

Oyunbat did not shine in the first half and was shown a yellow card early in the second. However, the caution seemed to provide him with extra motivation, and only a miraculous save by Wen-Chieh Pan in the 53th minute prevented Mongolia from taking the lead.

With both teams looking for the victory, and clouds mercifully mitigating the scorching heat, the match gradually became more entertaining. The deadlock was finally broken by a lethal diagonal shot by Chieh-Hsun Lin from the left, that it the far post and rolled into the goal in the 57th minute.

In the 71st minute Murun Altankhuyag lost his temper and hit an opponent during the run of play. Japanese referee Takuto Okabe had no doubts and showed him a straight red card, that had Mongolia reduced to ten players.

With the game still open, Oyunbat managed to steal a ball in midfield and get around Wen-Chiah Pan, but only to see his sure shot saved on the goal line by Wei-Min Huang.

The match was sealed by a goal scored in the dying minutes by substitute Shih-Kai Lin, who was quick to tap in after a good save by Ariunbold Batsaikhan 2-0 the final score.

COMMENTS:
Mongolia - Bayarjargal Oyunbat(#14)
“I really thought we could have won this game, but we end up losing, I am very sad. I had two very good chances to score, but I could not manage to. I will do my very best in the next game to make up

“There is one more match left before we return to Mongolia, and I absolutely want to win it”.

Mongolia - Battulga Zorigt(Coach)
“We played this match to win, but it just did not happen… We had our chances, but we could not score. I think we still don’t have enough experience in international matches.

“I want the team to play football that fits well with the character of the Mongolian people, and I think that to a certain extent we succeeded with that. We did grow under this aspect.”

“We’ll get into the next game at full power, to score goals and achieve experience that we will be able to use in future international games.”

Chinese Taipei - Chieh-Hsun Lin(#8, scored one goal)
“Both teams were struggling to create scoring opportunities, and my goal came mostly thanks to a very good pass. It wasn’t an easy shot but the ball went exactly where I aimed at, I am very happy that my goal helped the team.

“The next match is a “derby” with Macao, but honestly we aim to win in every game. A tie would be enough for us to claim the title here, but we want a victory, so we will play the next round at home, hopefully in front of 20-30,000 fans”.

Chinese Taipei - Toshiaki Imai(Coach)
“We won, but I kind of feel as we have lost. Mongolia was able to show their national spirit into their game, but we were not. We really can, and have to do better. I think in today’s first half we played at our 30%, and in the second perhaps at our 40% only.

“In the next match I really want the players to be more on fire, to do their real best. We will get into it to win it. We don’t have the capacity to control a match and settle for the tie that will gives us the title anyway, so we have no choice but play to win.”