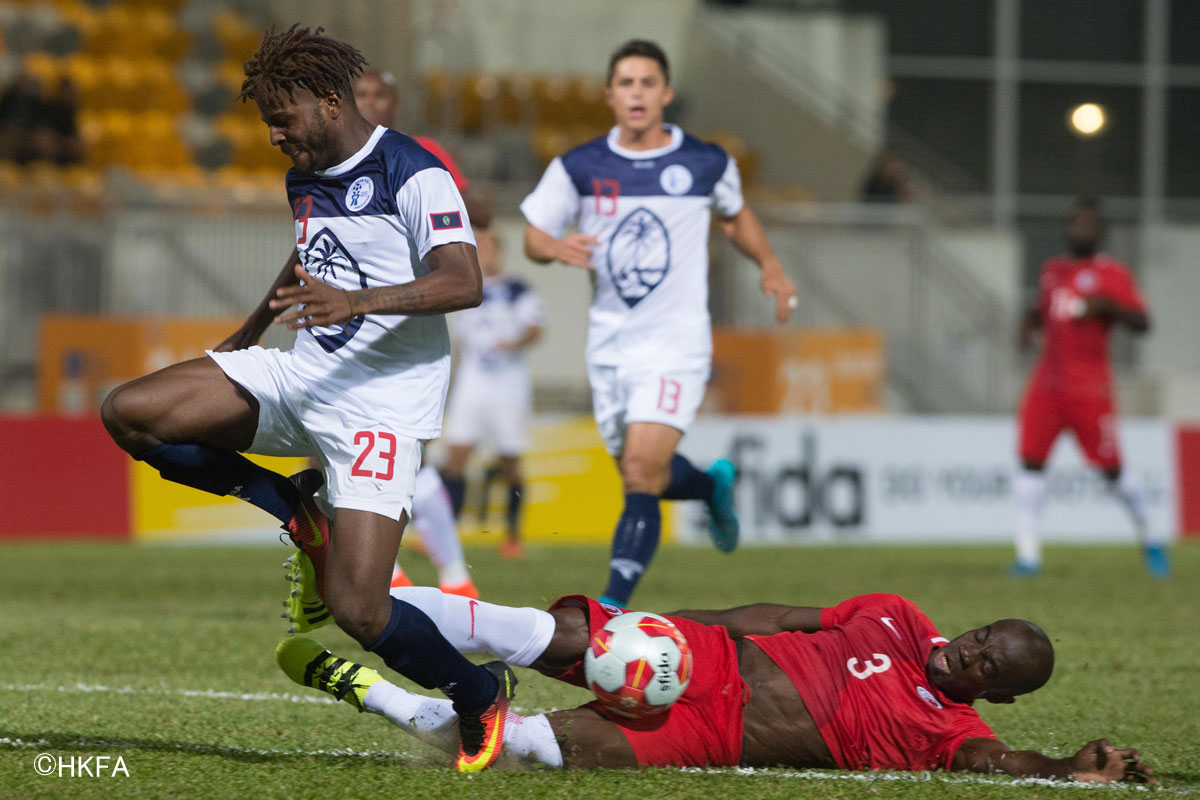 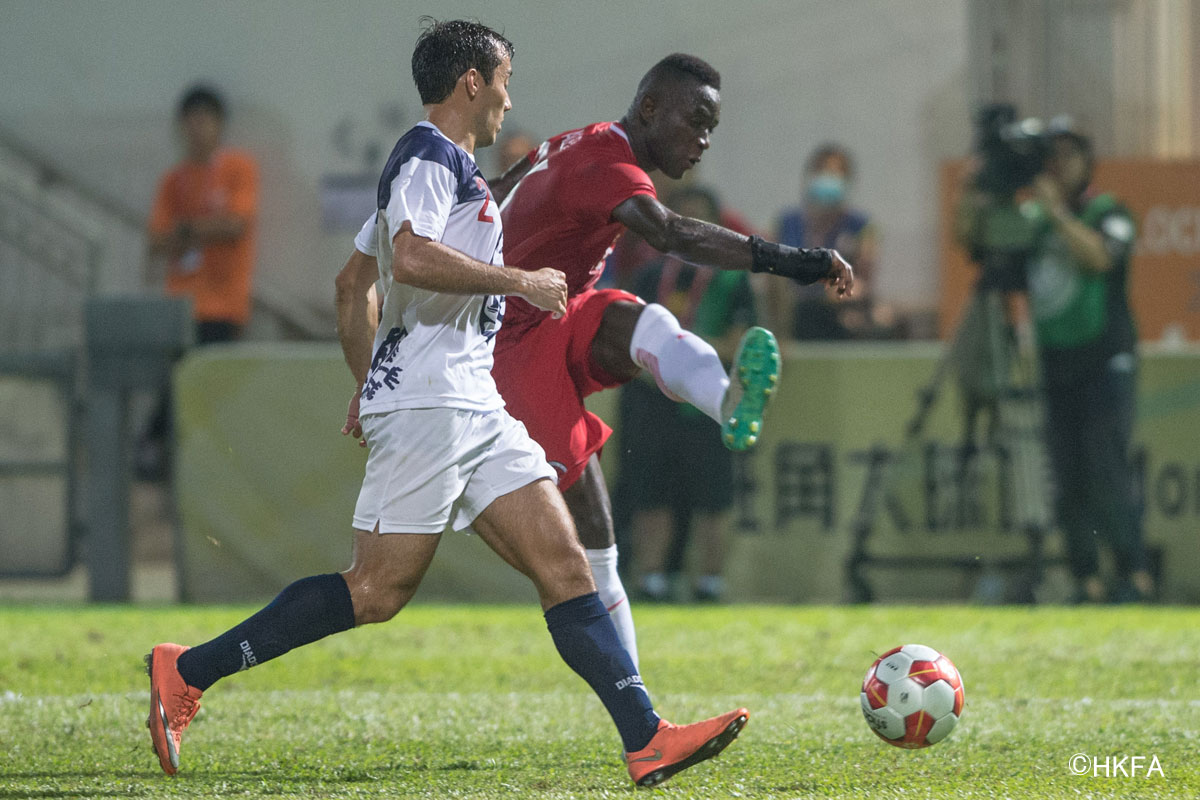 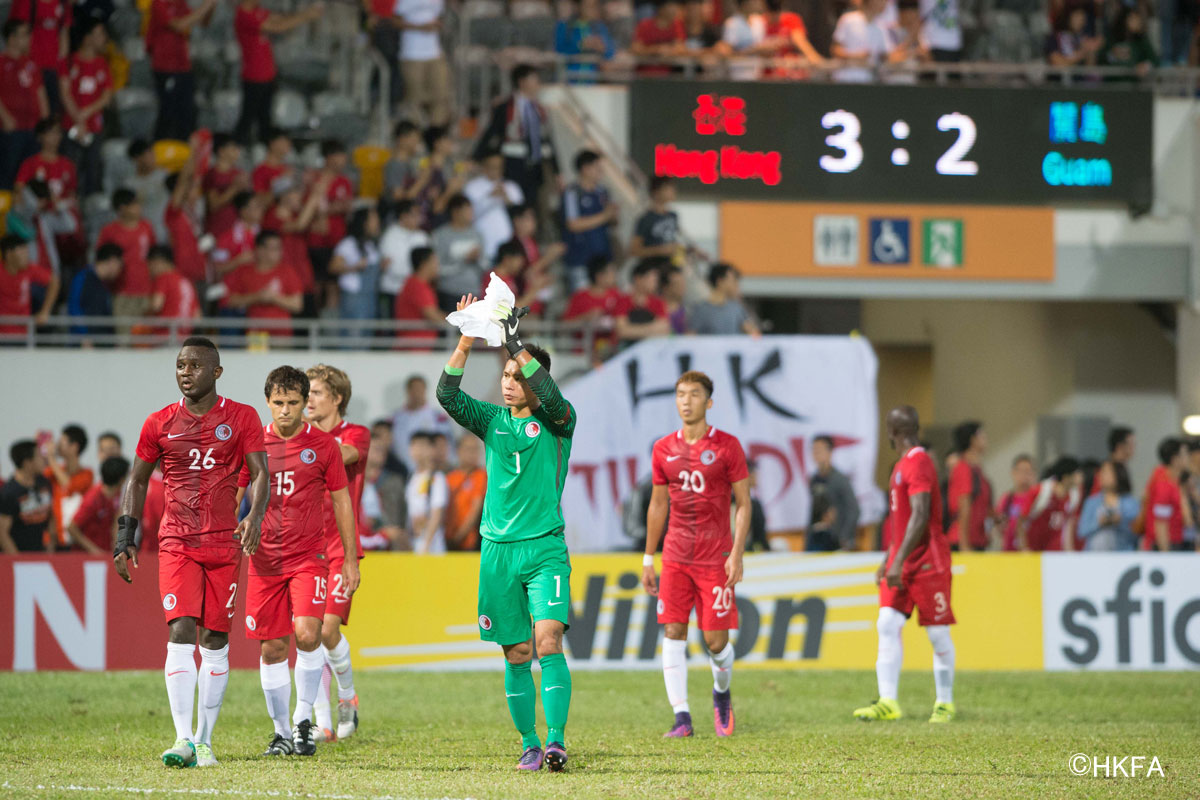 Striker AKANDE Alex nearly created the first goal of the match for the hosts when Guam goalkeeper HERRICK Douglas failed to control the ball in the second minute, but crisis was averted when a defender cleared.

Hong Kong continued to pressure in the first 15 minutes, with most of Guam’s chances in the final third created from long throw-ins provided by midfielder GUY Ryan.

After increasingly physical back-and-forth play, Hong Kong took the lead in the 19th minute when LAM Ka Wai’s long pass found AKANDE, who maneuvered past defender GRIMES Mason and punished HERRICK for coming well off his line with a header that floated into the net.

Just three minutes later AKANDE turned provider, crossing the ball to teammate FERREIRA LEONARDO Alessandro who delivered a beautiful volley in front of the goal to make it 2-0.

The rest of the half continued to be one-way traffic, with Hong Kong narrowly missing a chance to take a three-goal lead after KARIKARI Godfred’s close-range effort went just wide.

Guam attempted to jumpstart a second half comeback with a trick free kick from just outside the penalty area, but CUNLIFFE Jason’s effort was blocked by the Hong Kong wall.

After more sustained attacking it looked like Hong Kong would finally get their third goal of the match when HERRICK’s foul on AKANDE led to the referee pointing to the spot, but FERREIRA LEONARDO’s kick clanged off the left post.

AKANDE found his second goal of the match in the 67th minute from the spot after substitute MCKEE Jaimes was fouled in the area by Guam midfielder LEE Justin.

After a few more close calls for both sides in the closing minutes of play, Hong Kong were surely relieved when the final whistle was blown, giving them a key win as they look to qualify for their first EAFF Championship final since the 2010 edition.