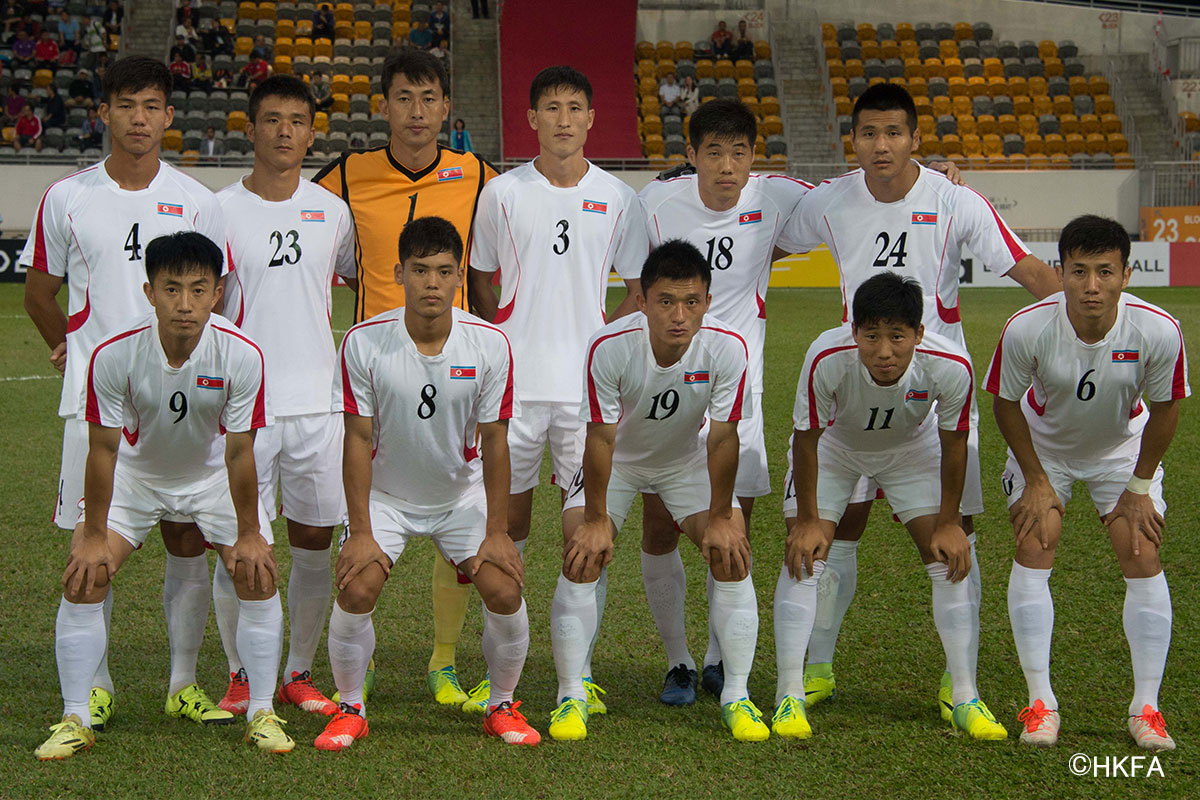 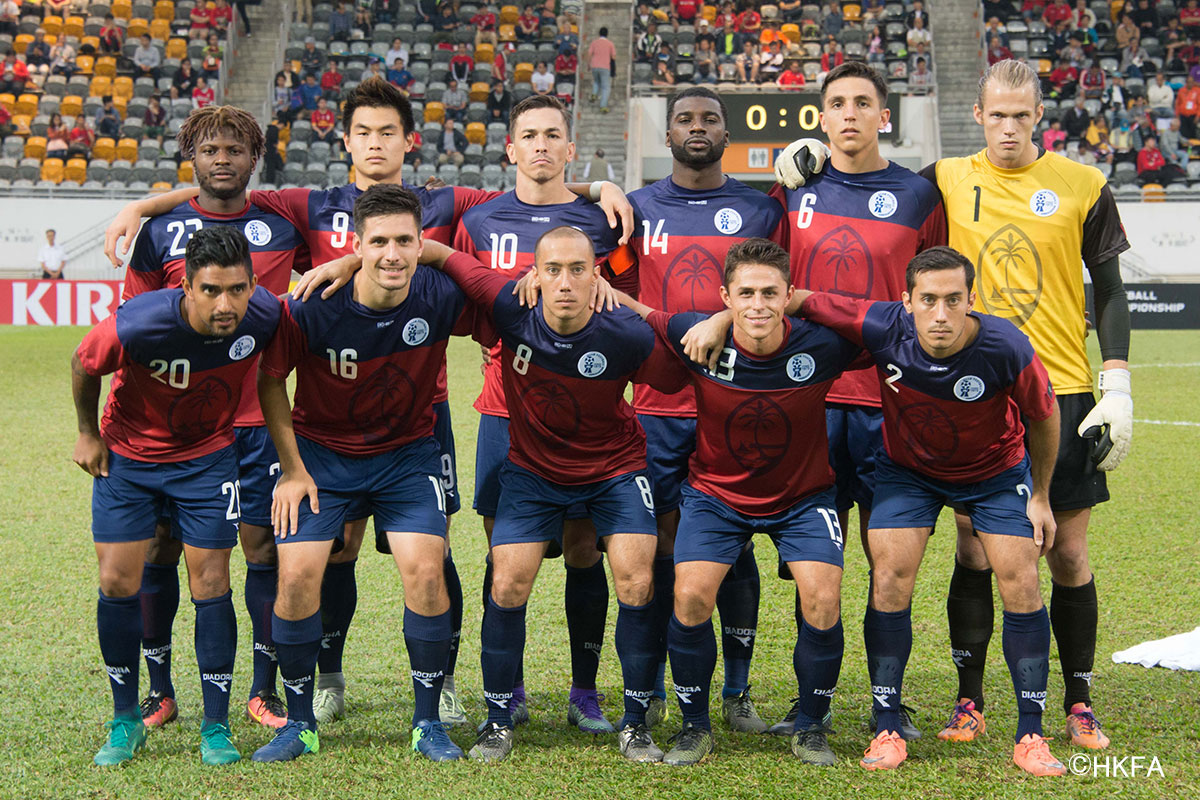 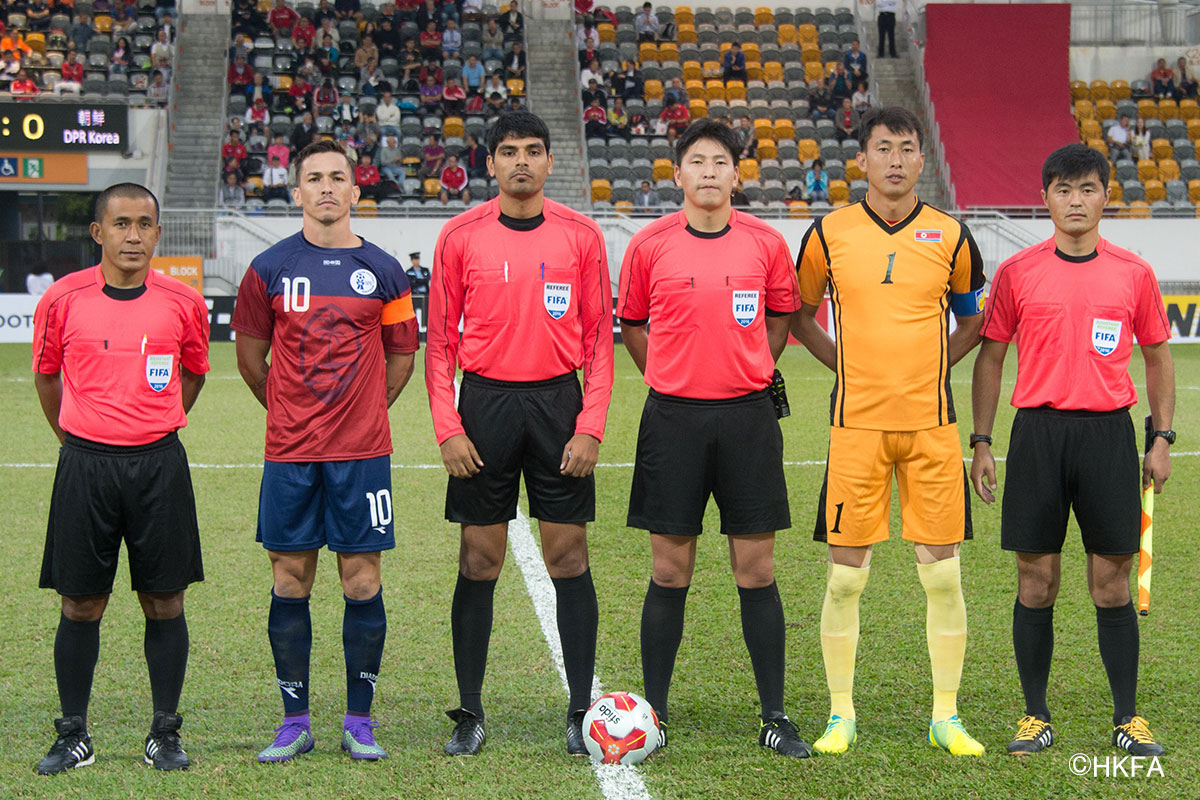 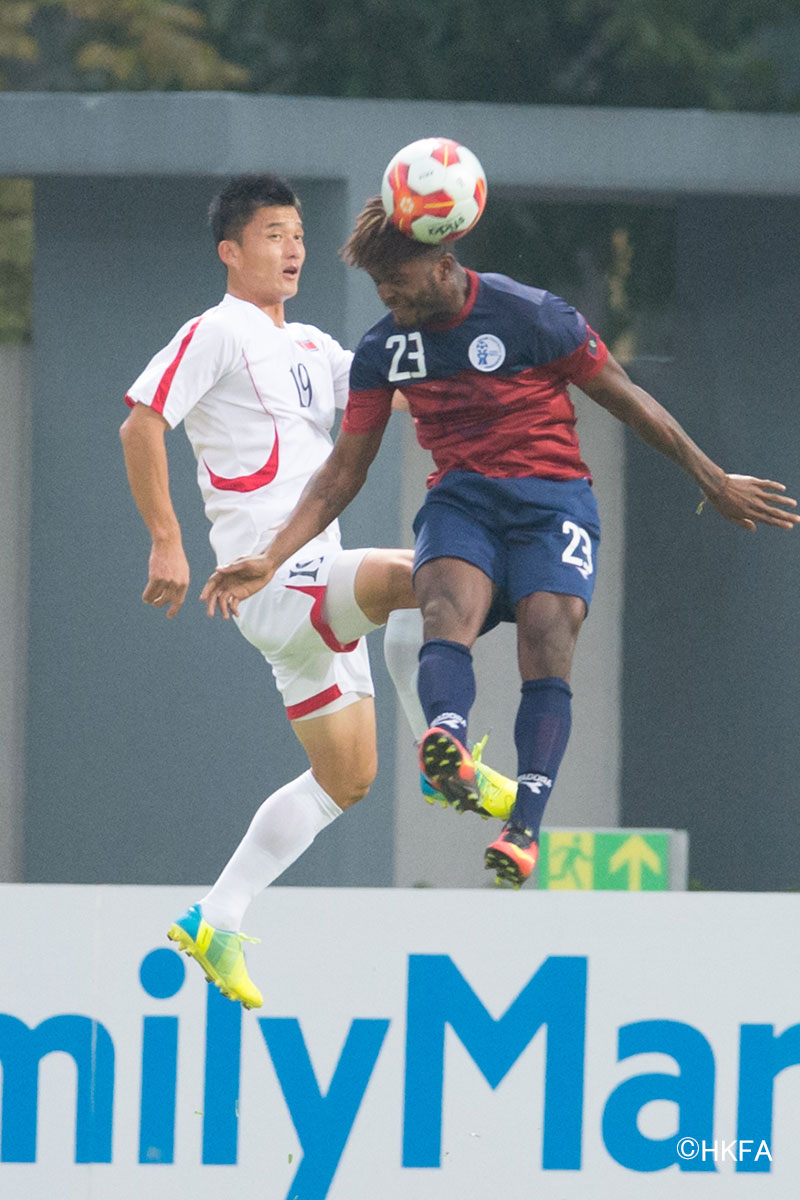 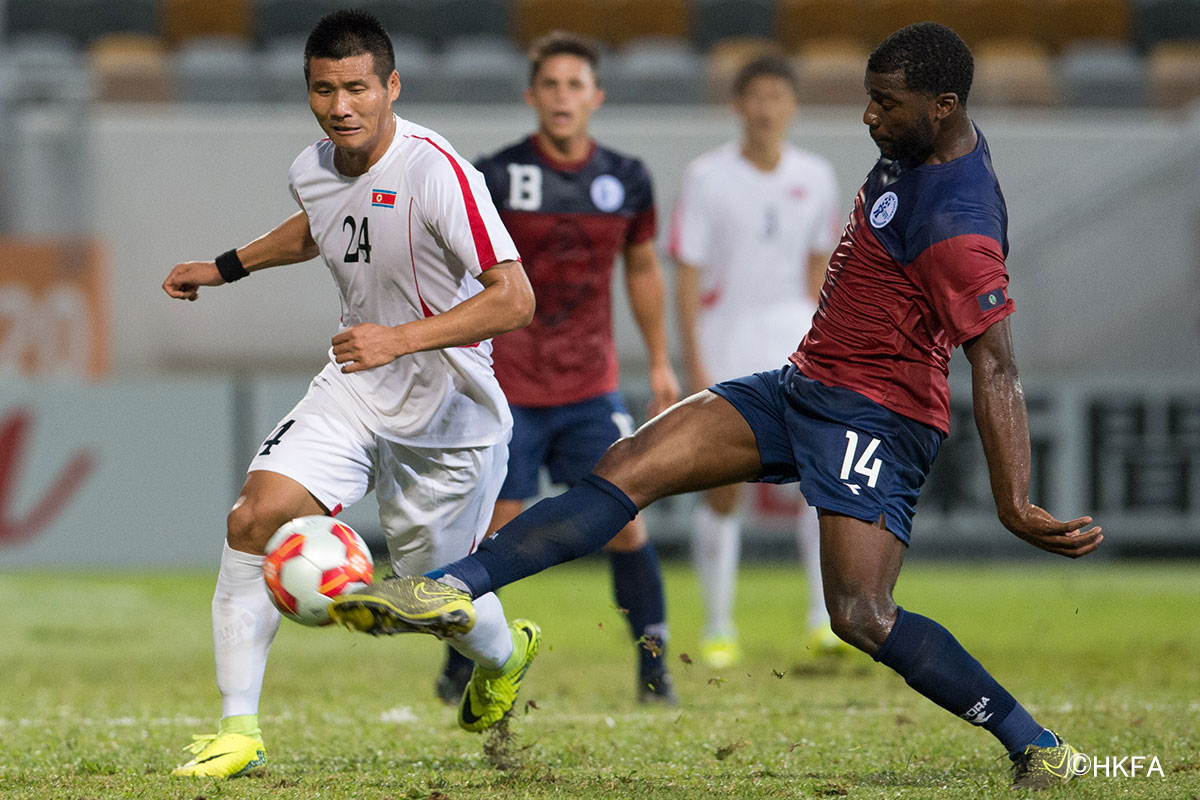 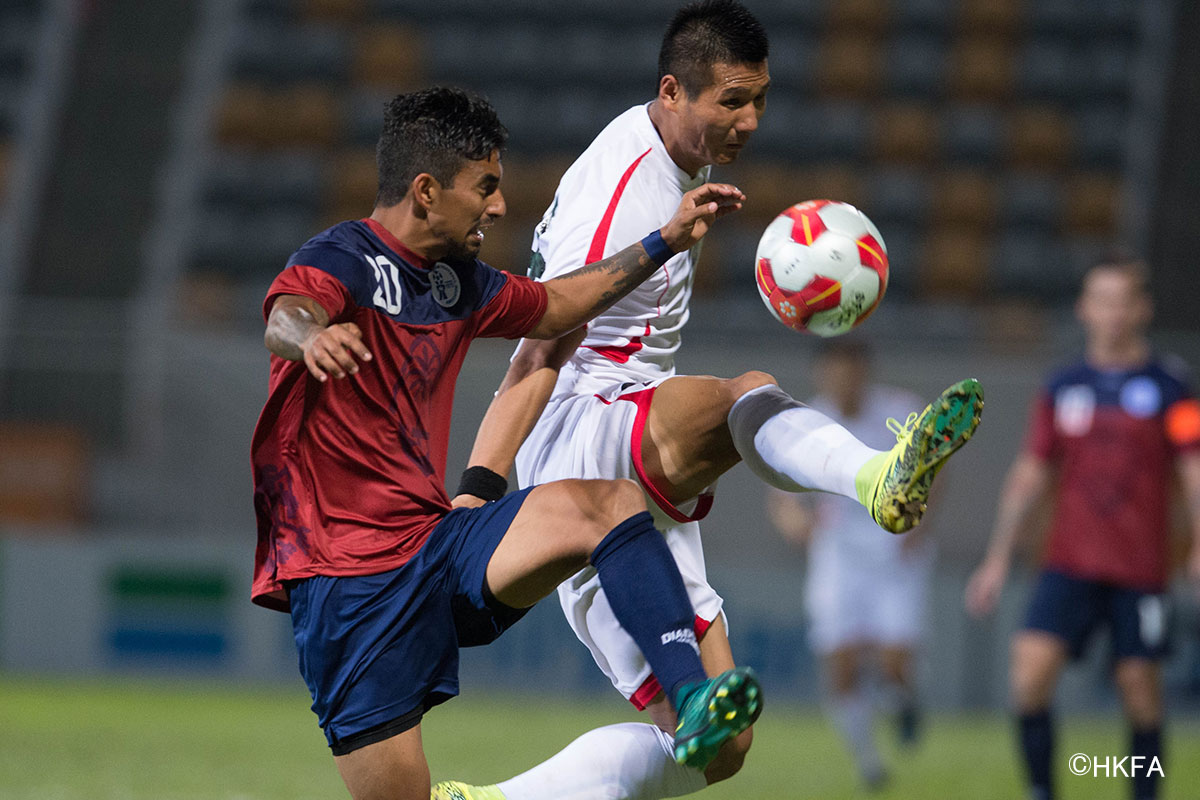 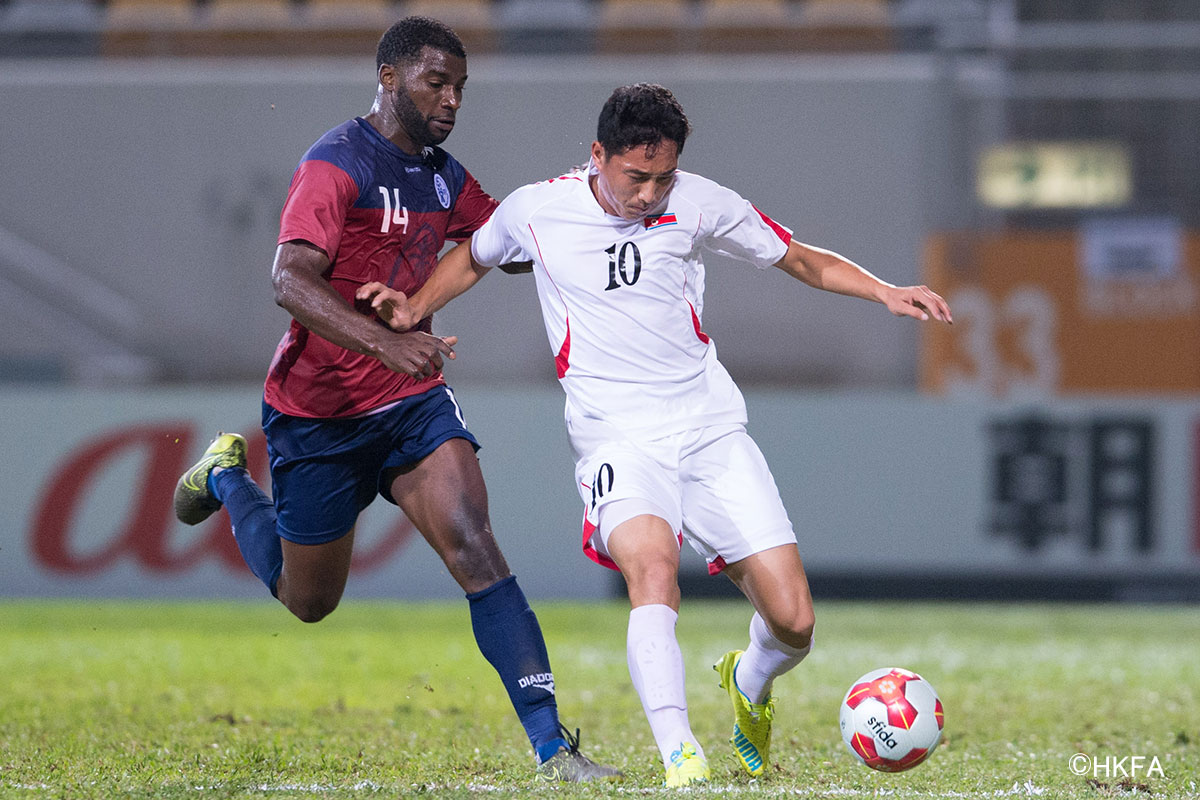 Hoping to improve on their 3-2 loss to Hong Kong in their opening match, Guam pressured the DPR Korea goal early with GUY Ryan’s long throw-ins returning as quickly as the third minute to cause consternation for DPRK goalkeeper RI Myong Guk.

Guam goalkeeper HERRICK Douglas had a better first half than he did against Hong Kong, doing well to punch out a PAK Song Chol corner kick in the 16th minute before a diving save to bundle up the ball from PAK Kwang Ryong in the 22nd.

He needed more luck than skill in the 29th minute, when he was caught off his line but JONG Il Gwan’s shot went wide.

The final minutes of the half saw a surprising surge by Guam into the DPR Korea end, with sustained possession in added time failing to lead to a shot on goal.

The second half continued similarly to the first and each Guam clearance was met with increasingly louder applause by the neutral crowd who spurred the plucky side on.

After creating several chances in the first 20 minutes of the half, SO Hyon Uk finally put DPR Korea into the lead when he beat out Guam captain CUNLIFFE Jason to volley in a goal.

Guam rarely pressured after that, and MC DONALD Brandon was perhaps in the best position to create a chance on goal when the ball arrived to him in the 83rd minute, only for several DPR Korea defenders to surround him before he could set up a controlled shot on target.

G9’s caution-worthy foul on PAK Kwang Ryong set up an 86th-minute free kick from the edge of the Guam penalty area, and it was the same PAK who punished Guam with a fantastic effort that HERRICK could only watch sail above the wall and into the net.

The result was more than fair to a DPR Korea side rewarded for their patience with a second straight win of the tournament, while Guam, despite taking heart in their organisation and plucky defensive displays which won them the support of the neutral crowd, will surely rue their lack of chances on goal.