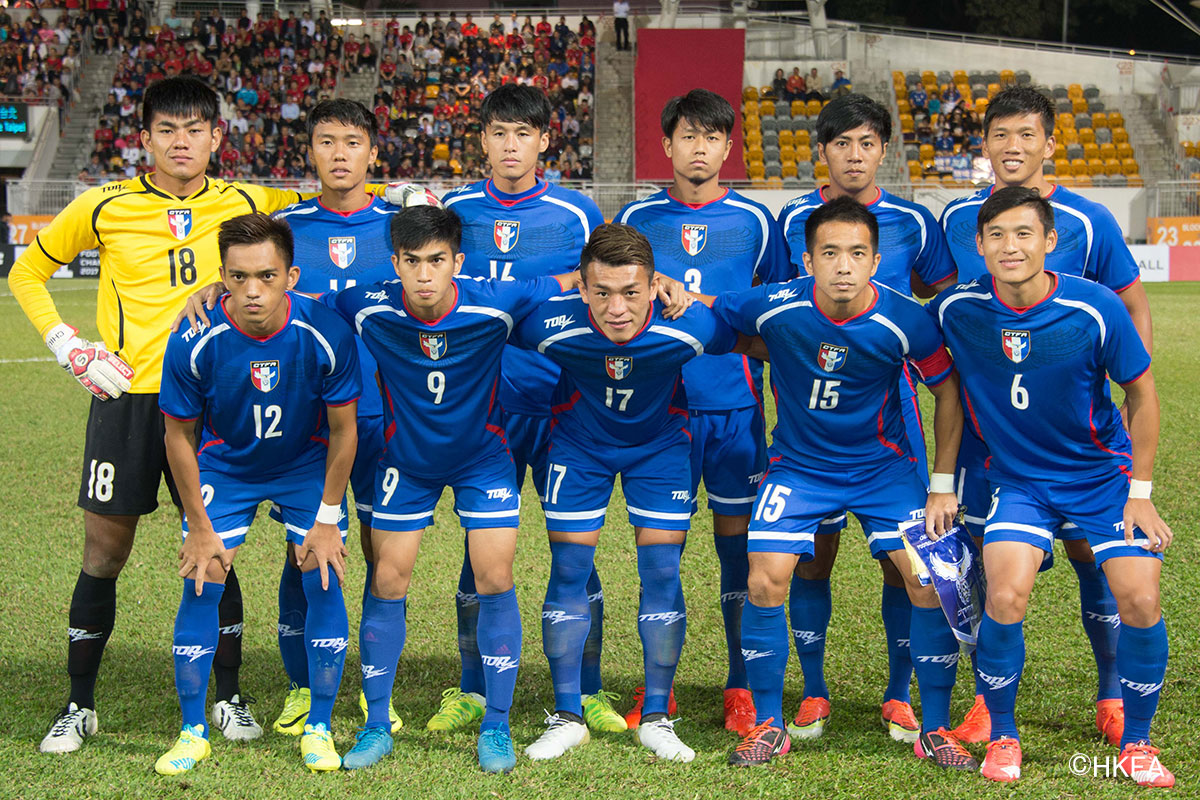 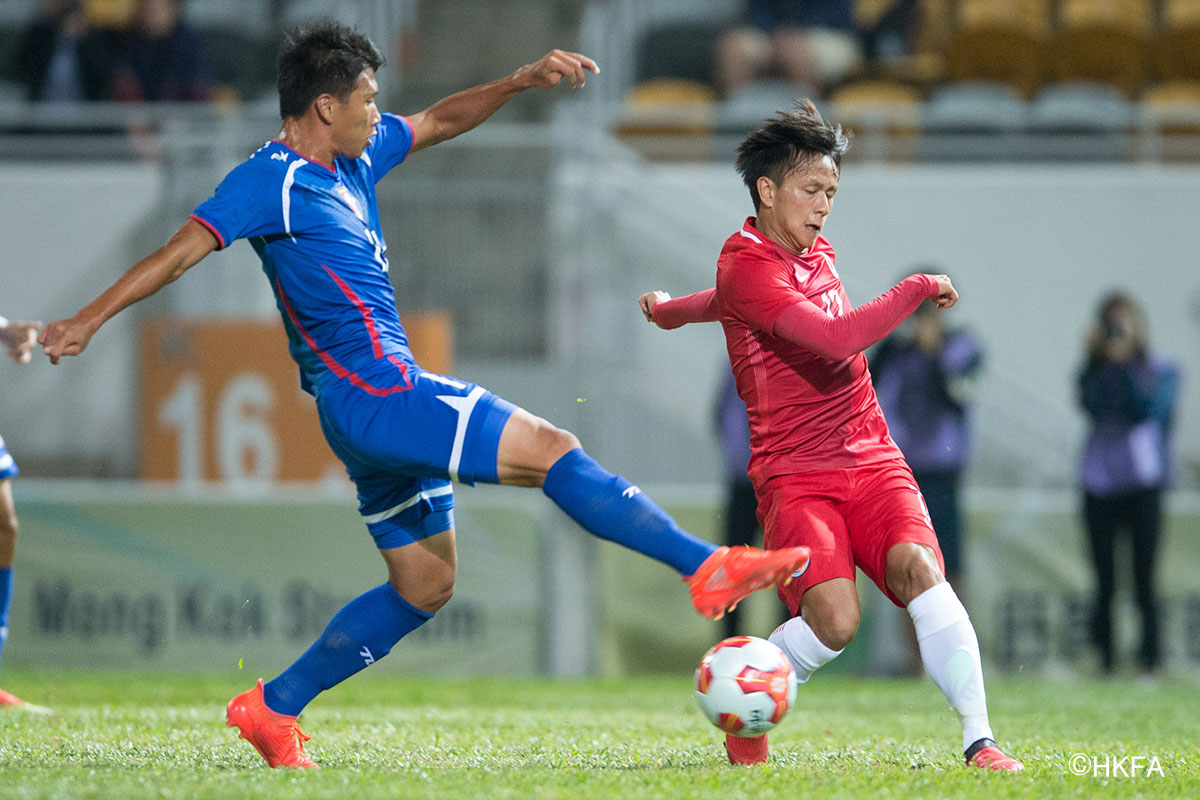 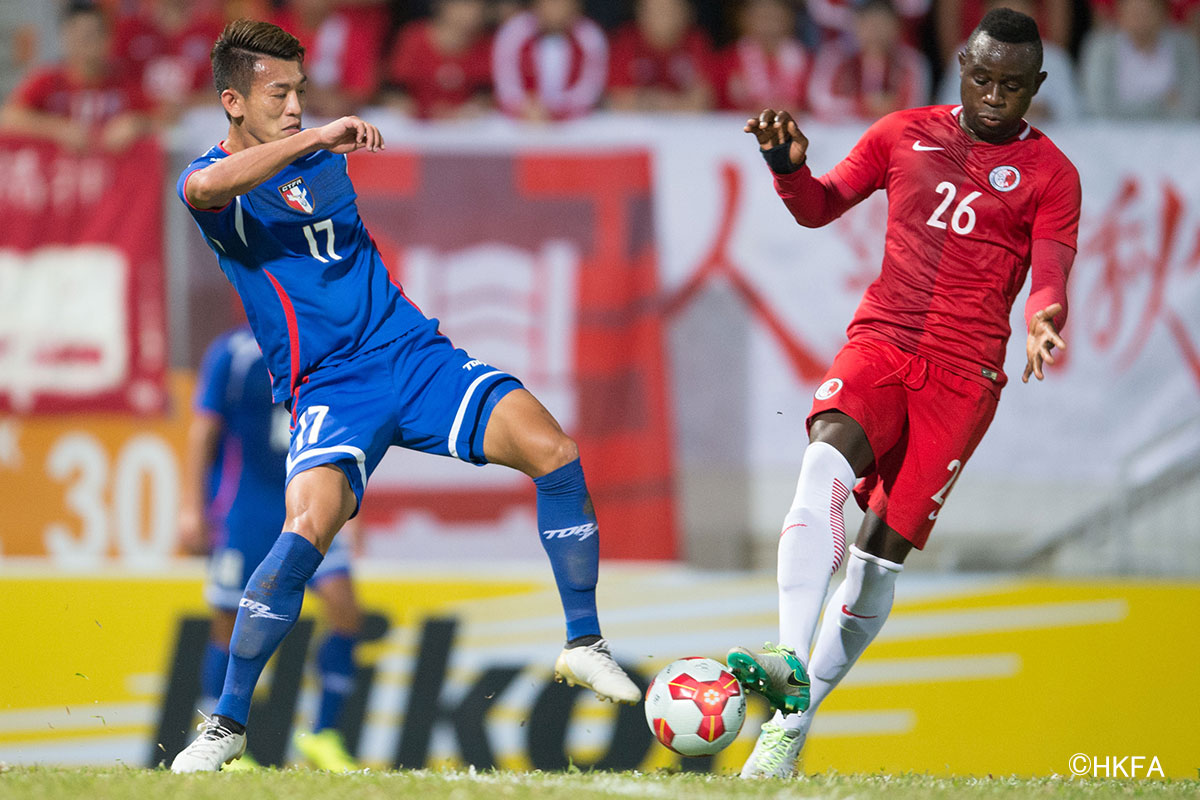 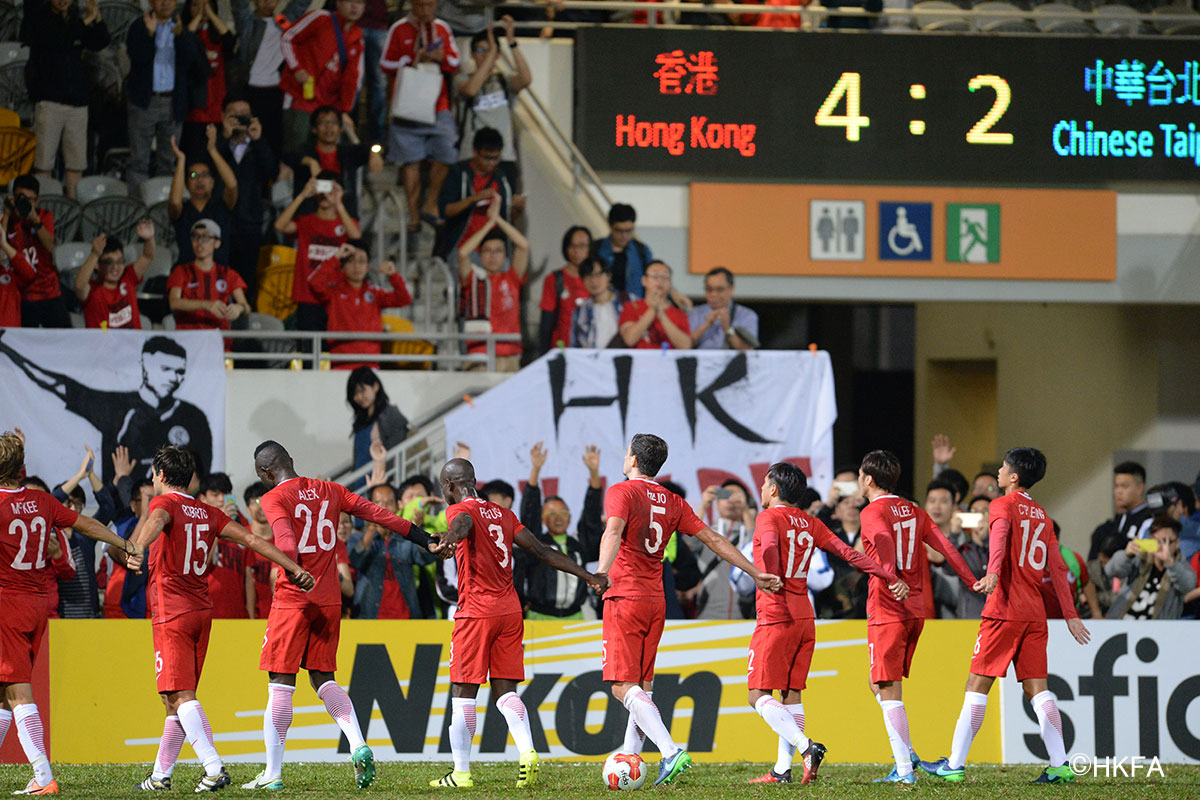 After spurring off attempts by KARIKARI Godfred and AKANDE Alexander to penetrate their final third, Chinese Taipei responded when striker WU Chun-Ching muscled his way past two defenders in the ninth minute before his effort on goal was cleared.

AKANDE drew first blood in the 21st minute with a close-range shot inside the left post when MCKEE Jaimes Anthony settled AFFONSO JUNIOR Roberto Orlando’s high pass in front of him.

He missed a chance to make it 2-0 just one minute later when he failed to connect with a well-aimed cross from a teammate.

After being handed another free kick near the Hong Kong penalty area in the 37th minute, WEN Chih-Hao’s attempted curved right and teammate WANG Ruei was quickly dispossessed of the ball in a flurry of activity.

Leading by just one goal at the interval, Hong Kong made it 2-0 in the 48th minute when AKANDE was given plenty of time to prepare a gorgeous right-footed shot that curled inside the far post.

CHEN Po-Liang cut the deficit in half in the 62nd minute when he rose to head in WEN’s corner kick past a helpless YAPP.

In the 70th minute, an unmarked AKANDE completed his hat trick when substitute XU Deshuai delivered a perfect cross to head into the net.

The Nigeria-born striker was not finished, however, delivering his fourth and final goal of the night just one minute later on a nearly identical play, this cross too provided by XU.

With two minutes remaining in regulation, Chinese Taipei midfielder CHEN Chao-An delivered a superb strike from the edge of the penalty area with YEN Ho-Shen making the assist.

Three minutes of added time were not enough for Chinese Taipei to erase the two-goal deficit, however, leaving them with no points and Hong Kong needing just a positive result from their match against DPR Korea on Saturday qualify for the December 2017 final tournament in Japan.