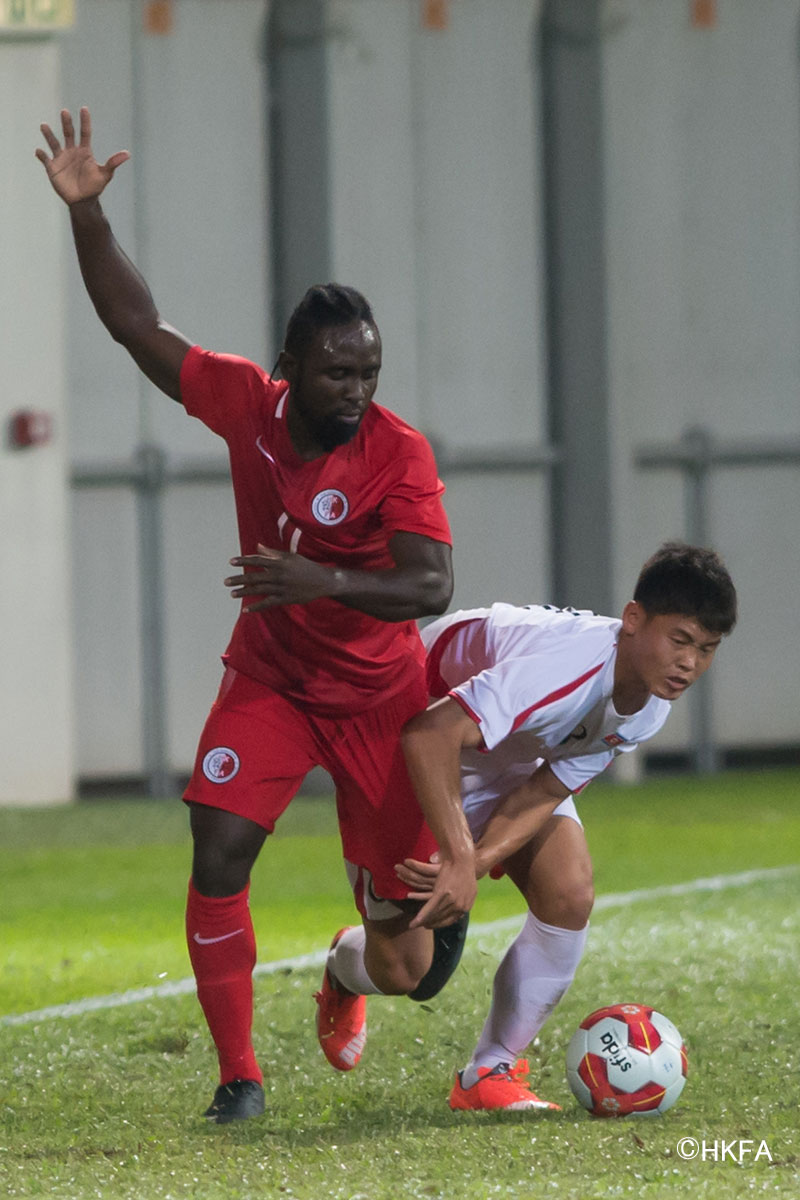 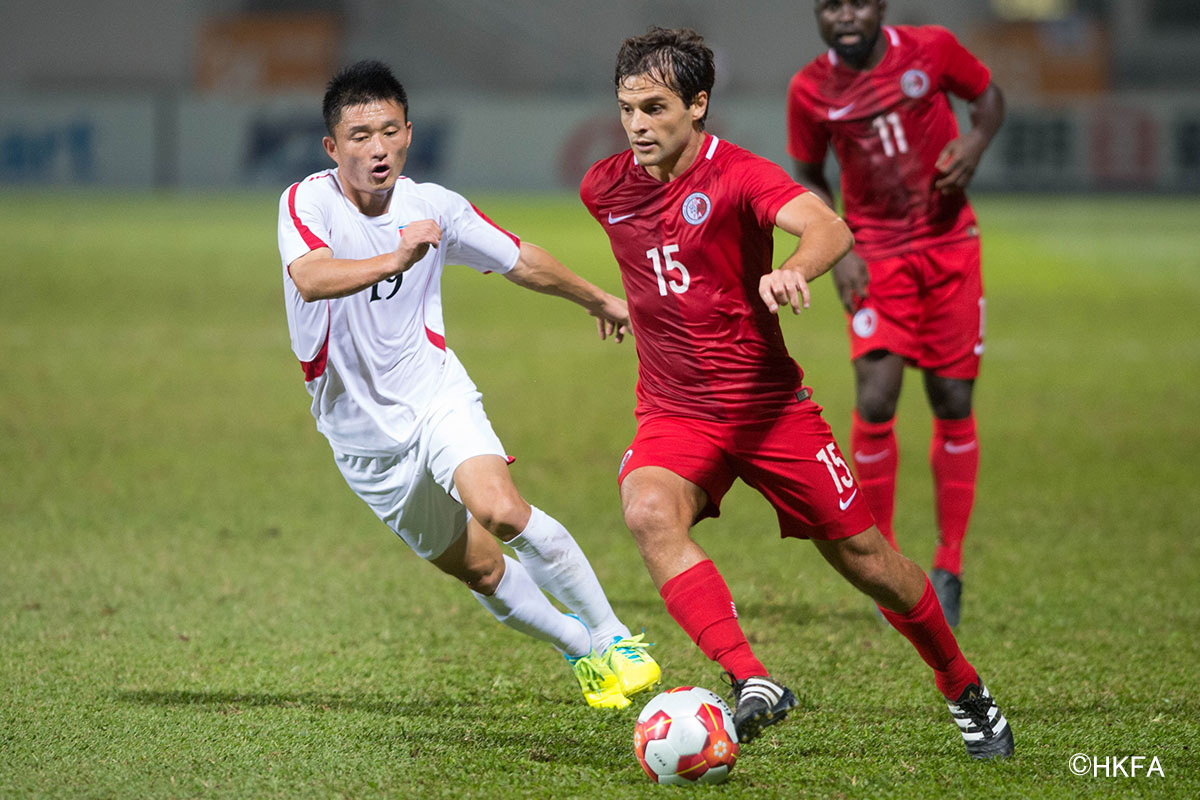 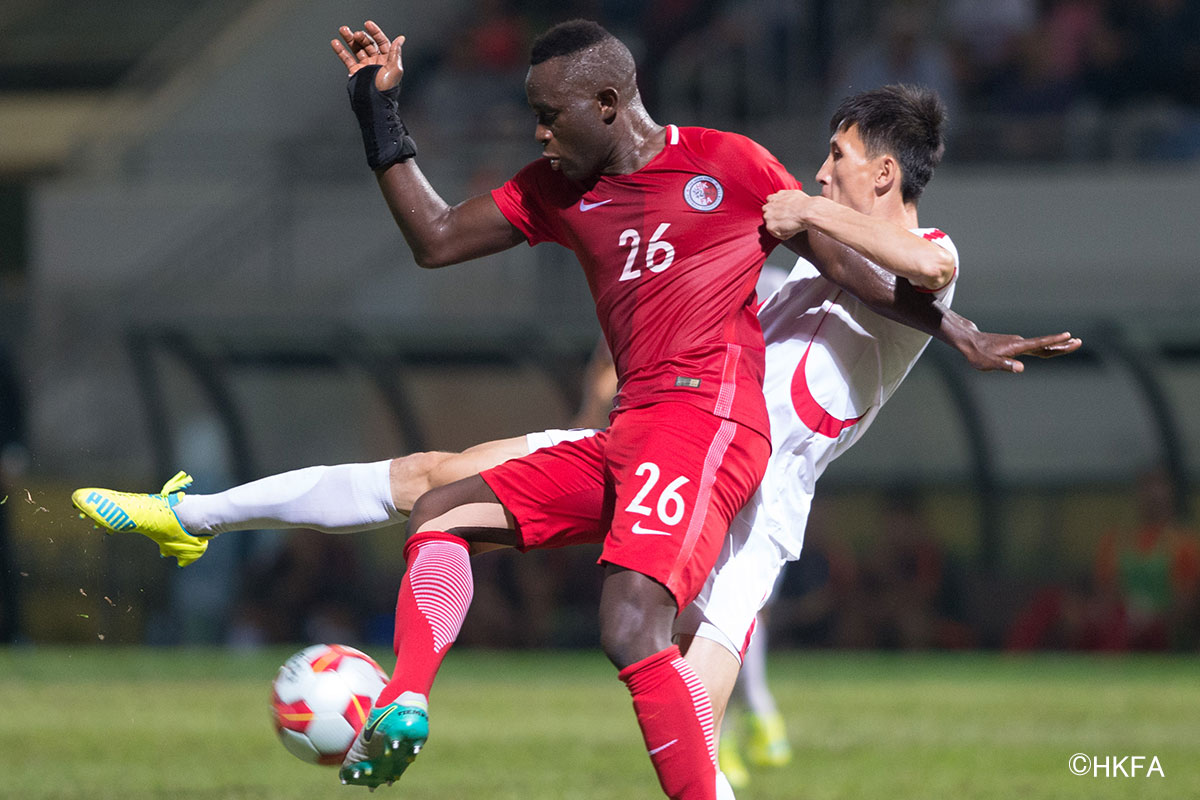 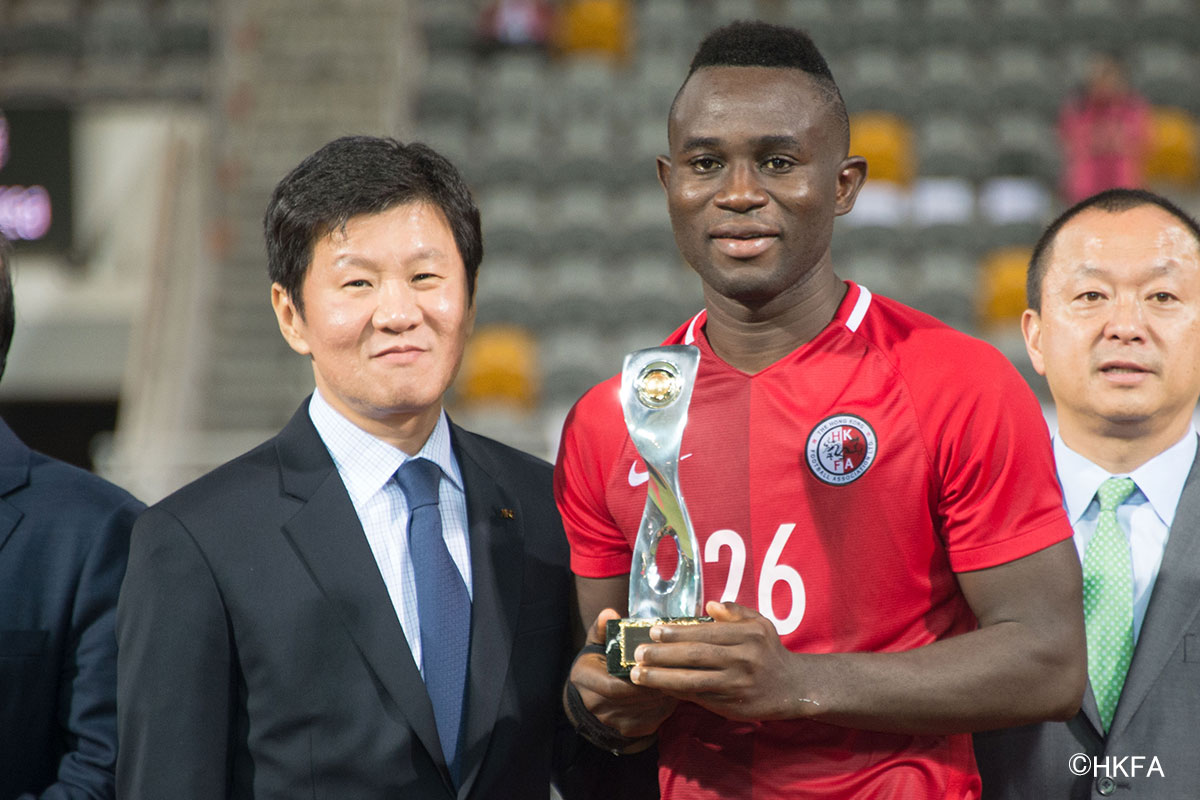 Needing just a draw to top the table on tiebreakers, DPR Korea showed little desire to open up the game in the first few minutes and seemed content to maintain possession in the center of the pitch.

Encounters between the two teams became increasingly more physical by the 12th minute, when Hong Kong’s KARIKARI Godfred and DPR Korea’s KIM Kuk Bom were sternly warned by the official.

KIM would have the first solid chance of the match in the 16th minute, when his rocket from distance clanged off the crossbar following BAISE Festus’ failed clearance.

The deadlock broke in the 22nd minute when JONG Il Gwan stole the ball from LEUNG Chun Pong, rushing into the Hong Kong penalty area to chip the ball over diving goalkeeper YAPP Hung Fai and give DPR Korea the lead.

Trailing for the first time in the tournament, Hong Kong’s incursions into the DPR Korea penalty area increased in frequency with AKANDE Alexander often mobbed by opposing defenders.

He was joined by AFFONSO JUNIOR Roberto Orlando, whose set pieces were often on target but just as often cleared as the hosts went into the half time locker room trailing 1-0.

DPR Korea came out of the locker room confident and continued to control possession, occasionally pressuring the Hong Kong goal but seemingly content in their narrow lead and confident in their defence.

Hong Kong defender AFFONSO JUNIOR’s frustration showed in the 58th minute when he got into a brief confrontation with DPR Korea coach ANDERSEN Jorn and needed to be restrained.

JONG nearly found his second goal of the night just four minutes later when he rose to head in PAK Song Chol’s long pass, but the effort went wide over the net.

Another chance to double the lead came in the 76th minute, when SO Hyon Uk’s breakaway counterattack was stopped by BAISE deep in the Hong Kong end.

Hong Kong substitute MCKEE Jaimes Anthony, who came on shortly after the hour mark, attempted to drive into the penalty area in the 86th minute but was stymied by a flurry of defenders and saw his cross sent out of play by teammate FERRIERA LEONARDO Alessandro.

The hosts could not find the required two goals after six minutes of stoppage time, sending DPR Korea to their second straight final tournament which will be held next year in Japan.