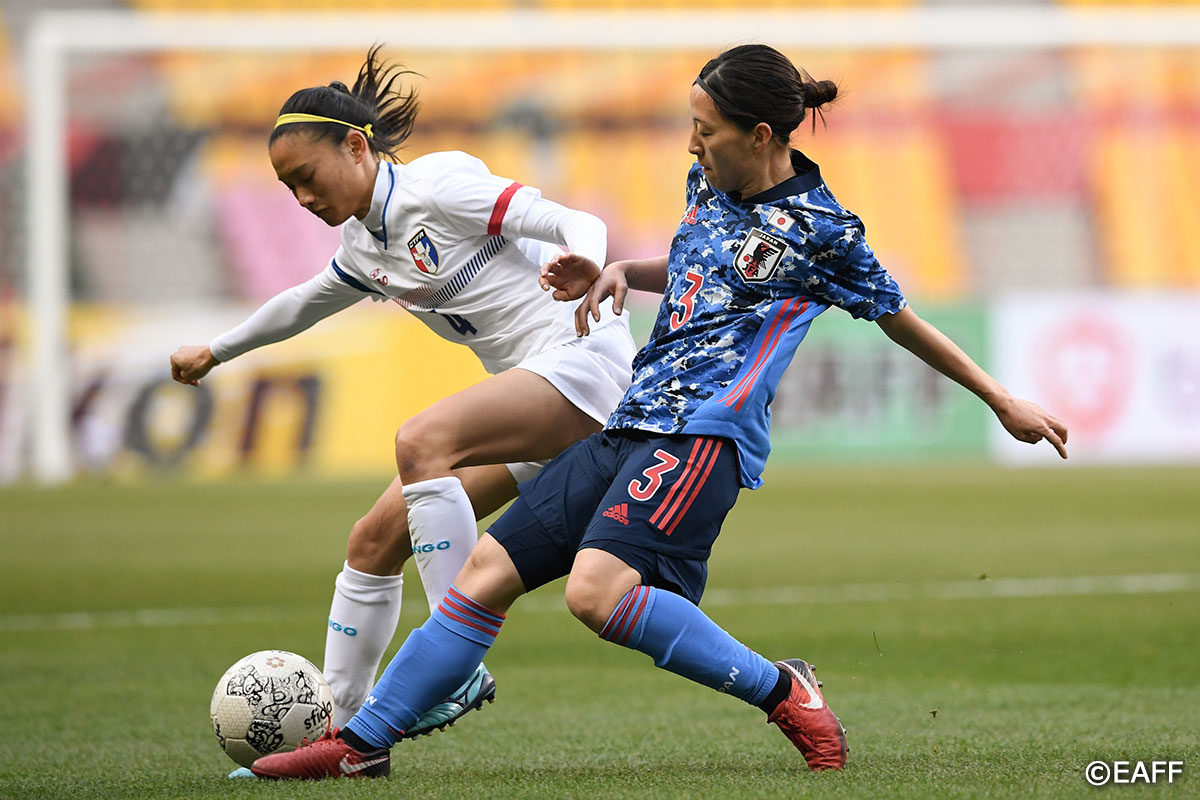 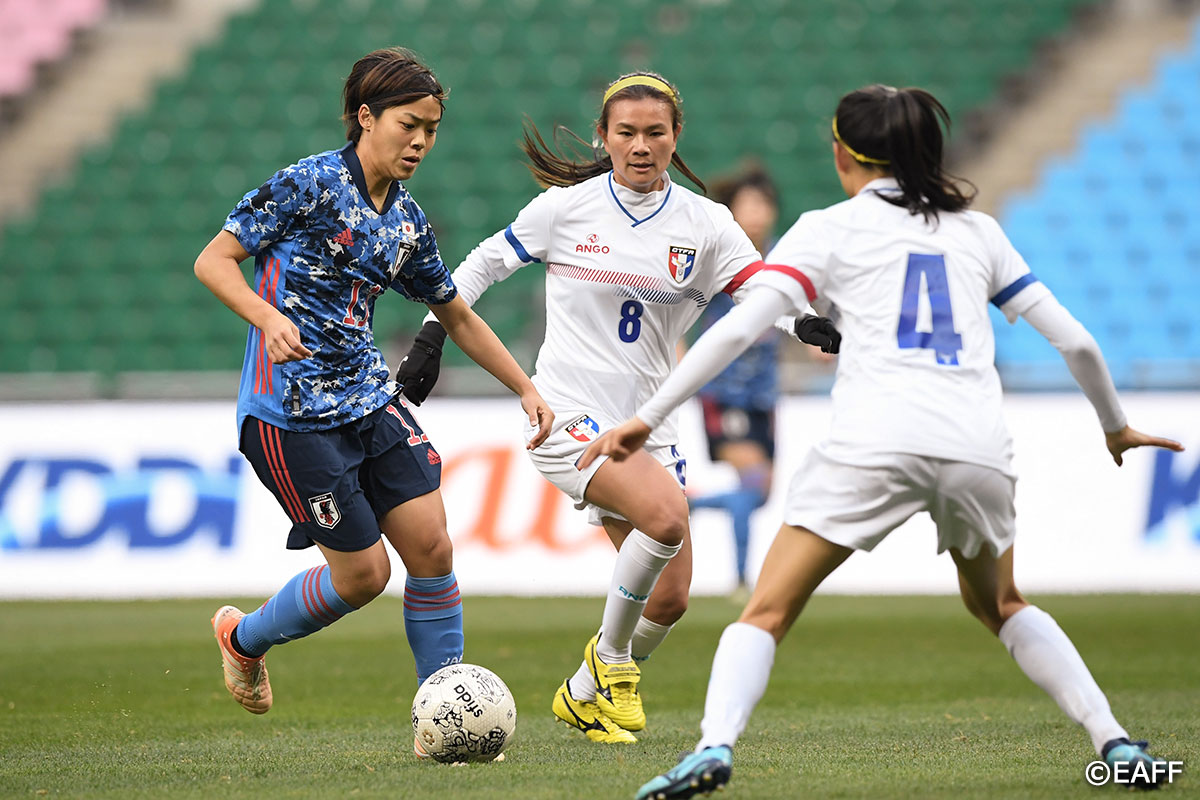 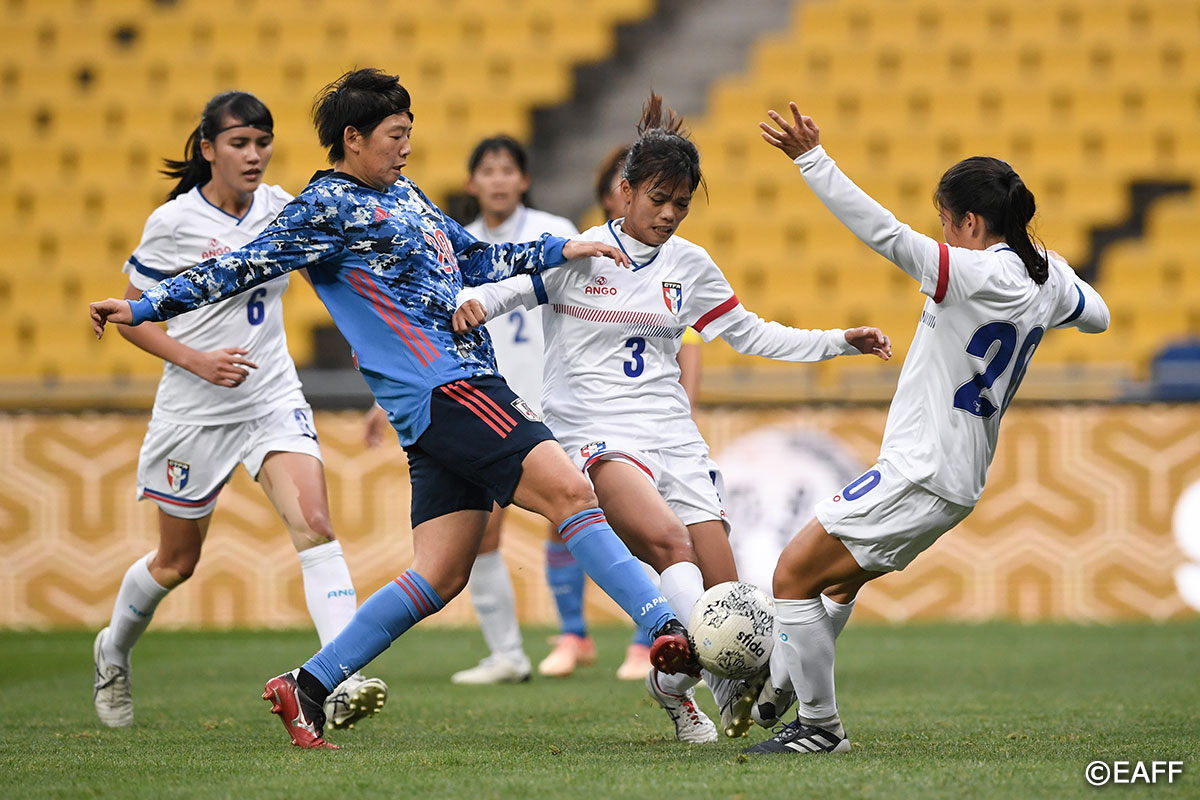 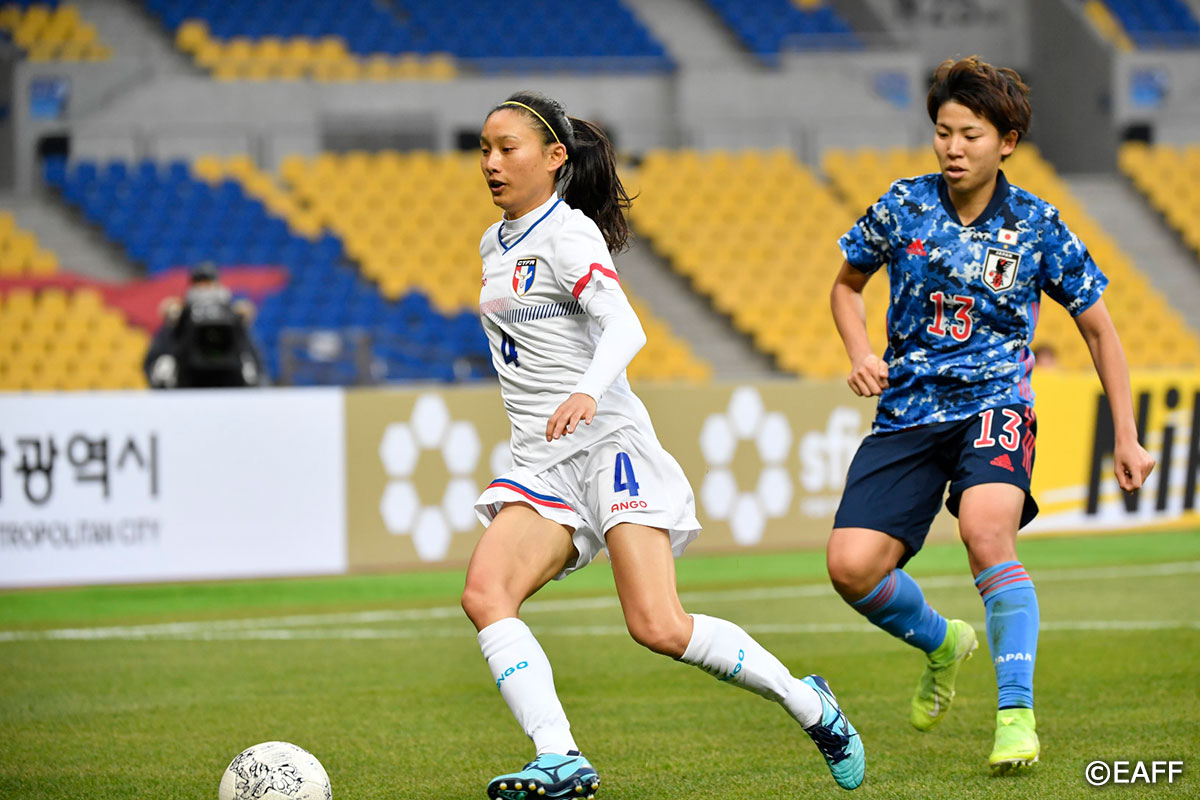 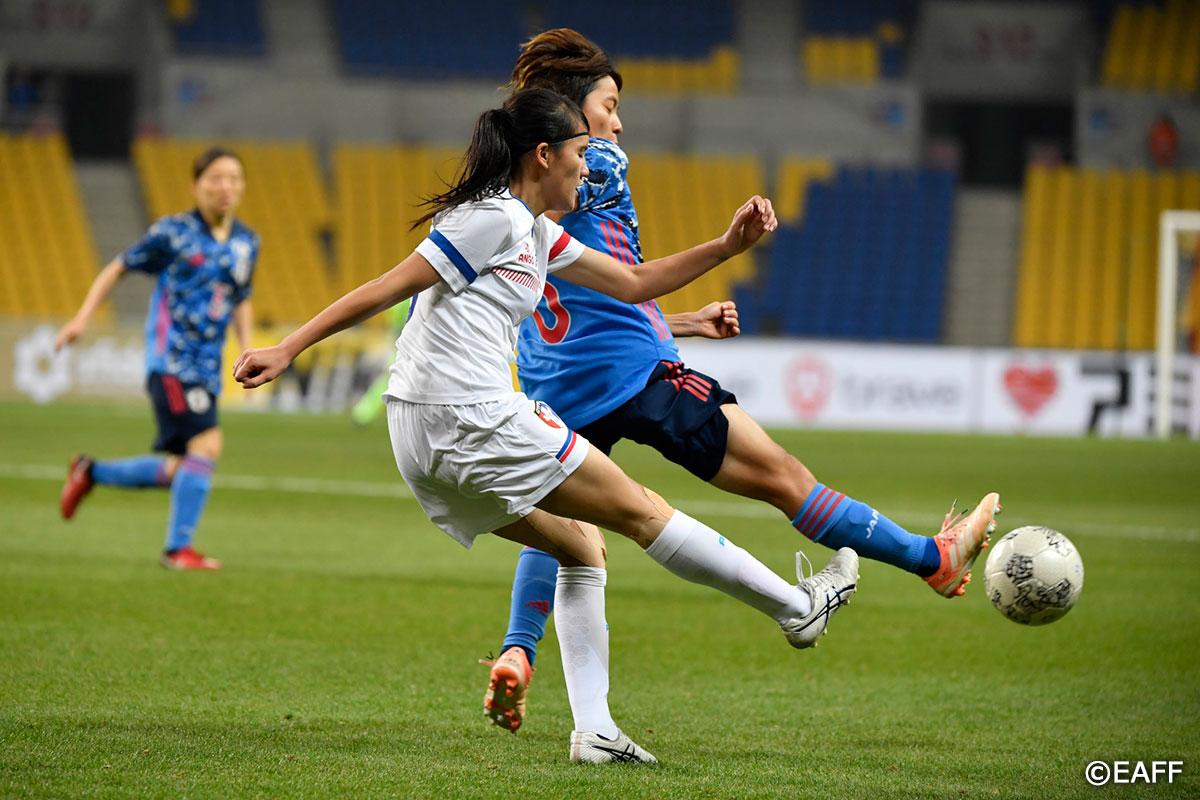 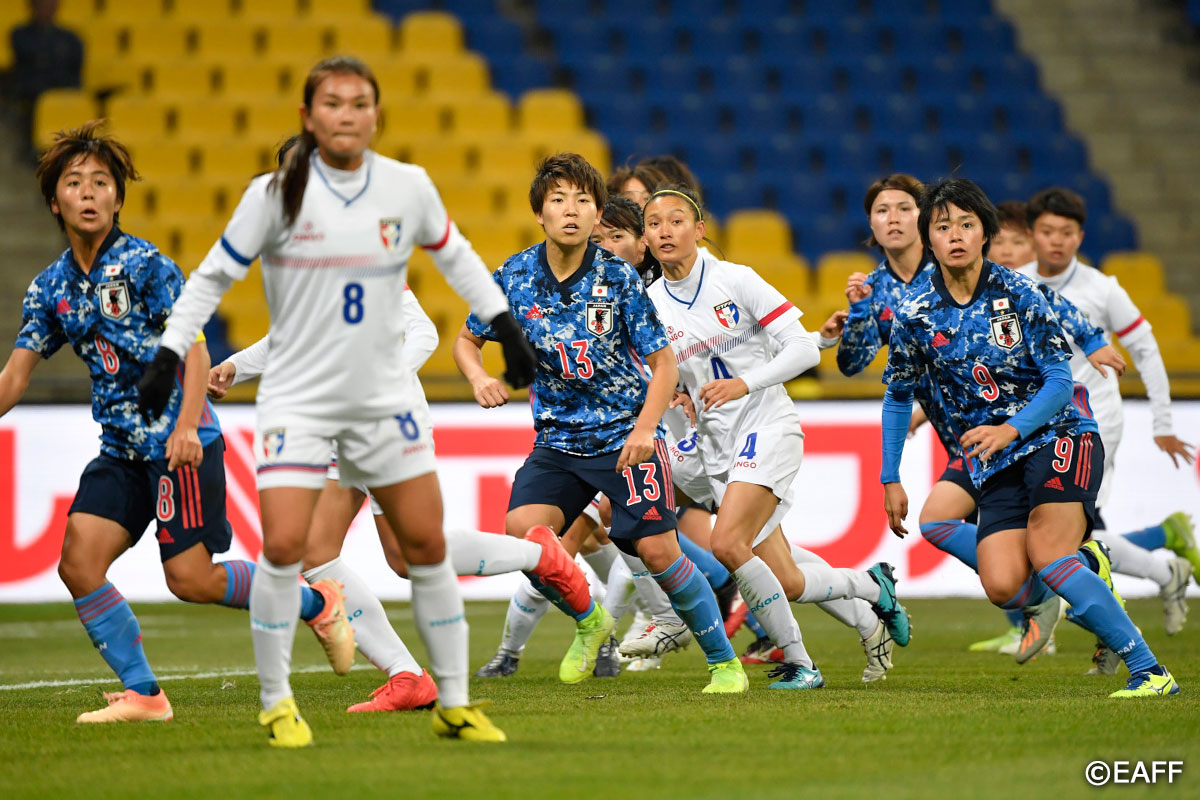 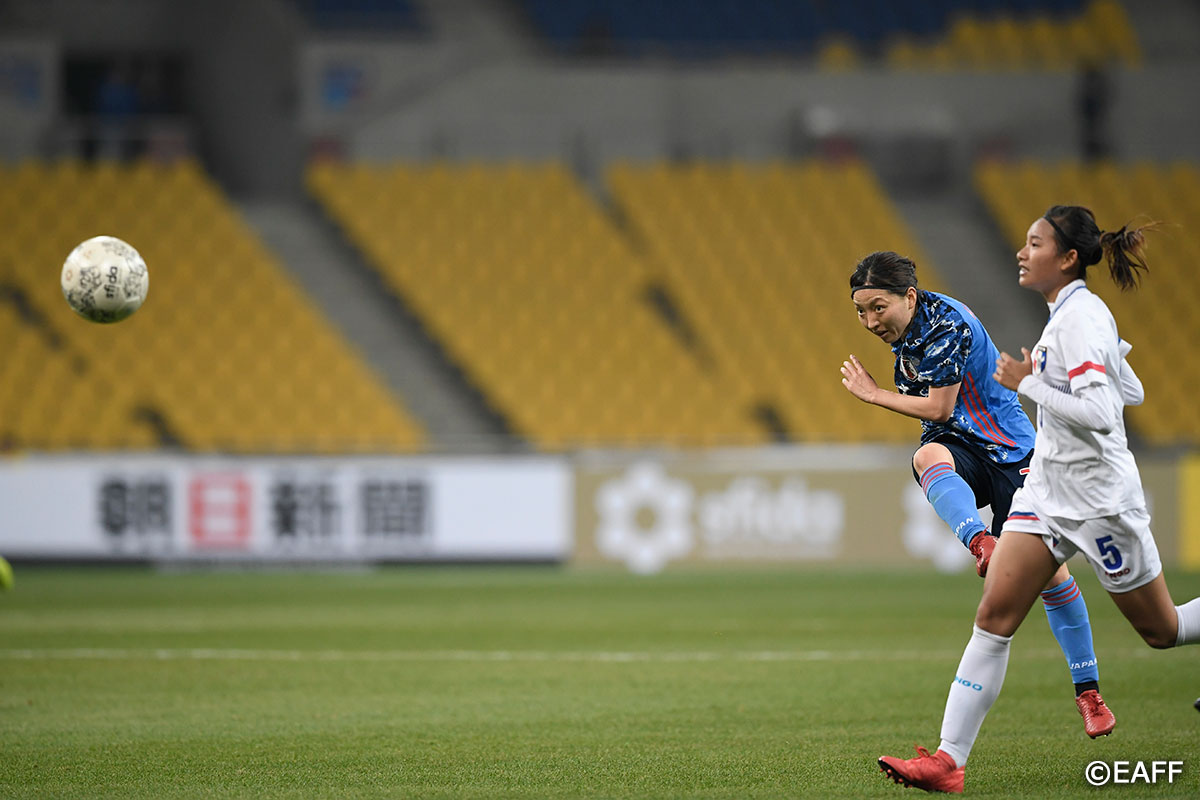 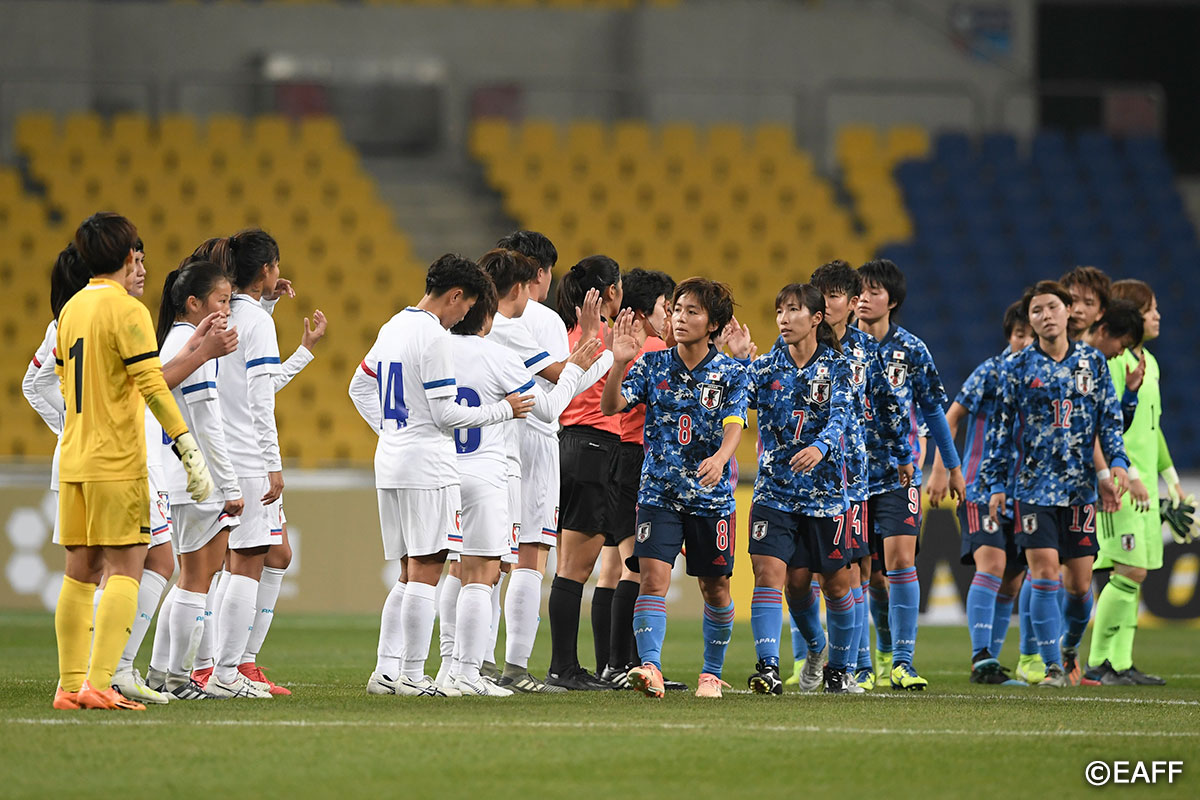 Japan showed off their fast-attack capabilities from the very start of the match. In the 7th minute, captain IWABUCHI Mana put a shot past Chinese Taipei goalkeeper TSAI Ming-Jung to give Japan an early 1-0 lead.

Two minutes later, TANAKA Mina capitalized on another opportunity and scored a second goal, putting Japan ahead 2 – 0 a mere 10 minutes after the opening whistle.

In the 17th minute, IWABUCHI Mana put up a great assist to KOBAYASHI Rikako, who scored to extend Japan's lead to 3-0.

Chinese Taipei found it difficult to push their attack across the midfield. In the 29th minute, Japan set up well-organized attack around the penalty area. Chinese Taipei put up a strong defense, but struggled against the Japan side. In the 38th minute, TANAKA Mina was tripped and scored on the subsequent penalty shot to make the score 4-0.

Japan kept up the pressure in the second half. In the 46th minute, substitute IKEJIRI Mayu was tripped by Chinese Taipei`s defender LEE Wan-Chen and scored on a penalty shot in the 54th minute to make the score 6-0.

In the 66th minute, Midfielder NAKAJIMA Emi connected with defender SEIKE Kiko with a well-placed free-kick, allowing SEIKE Kiko to score off of a header to extend Japan's lead to 7-0. IWABUCHI Mana scored her second goal of the match in 70th minute to extend the score to 8-0.

In the 92nd minute, IKEJIRI Mayu took advantage of an opportunity in penalty area and scored on the left side, cementing Japan's 9 – 0 victory.