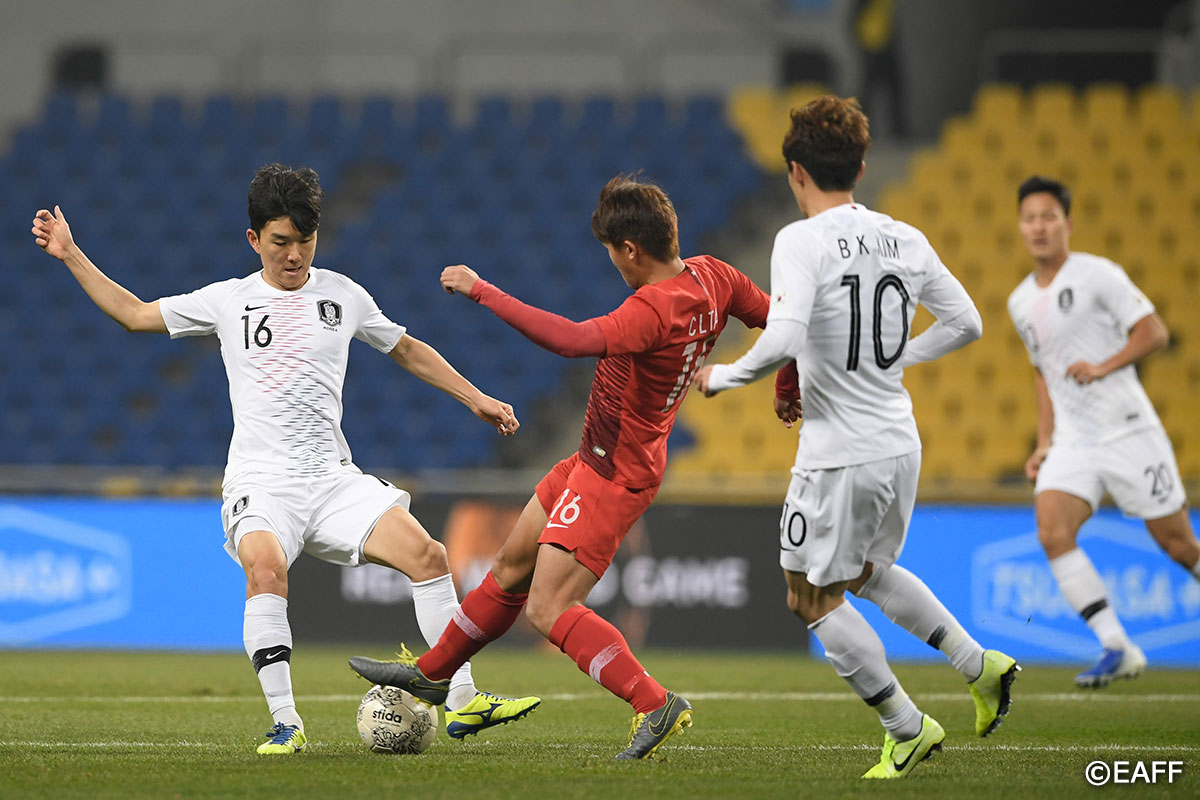 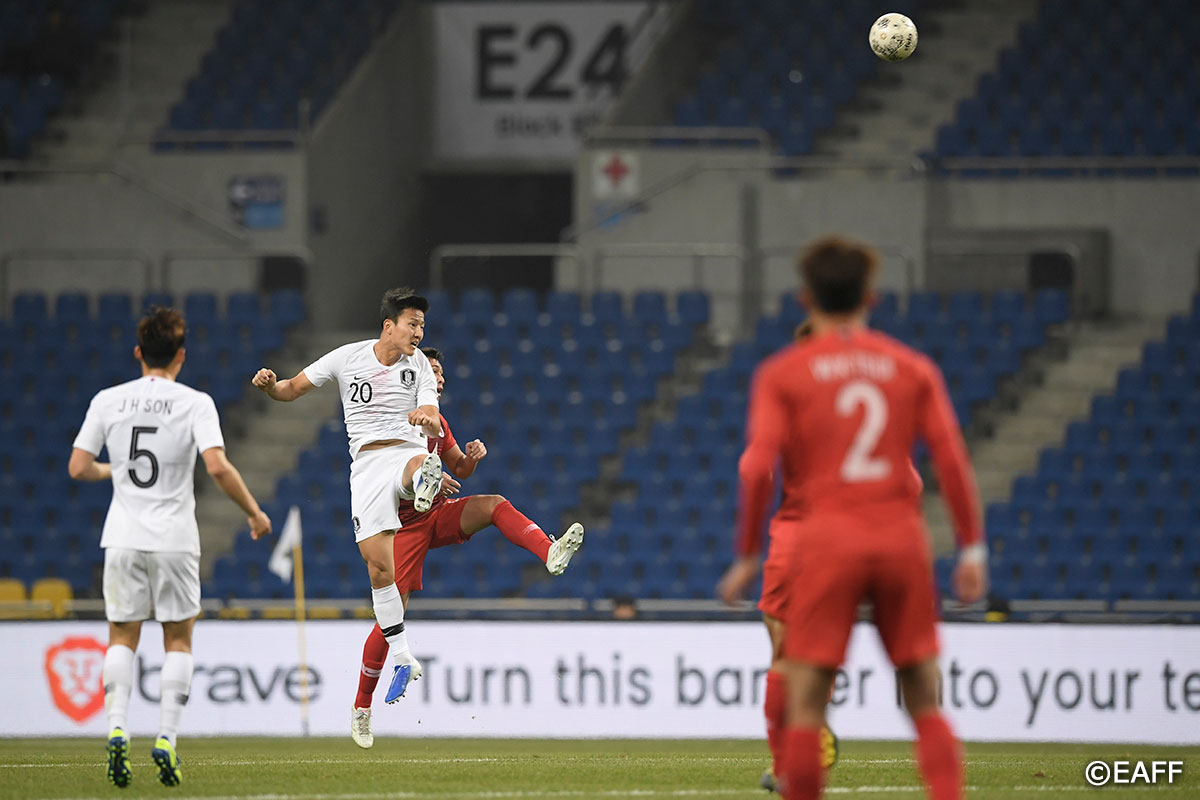 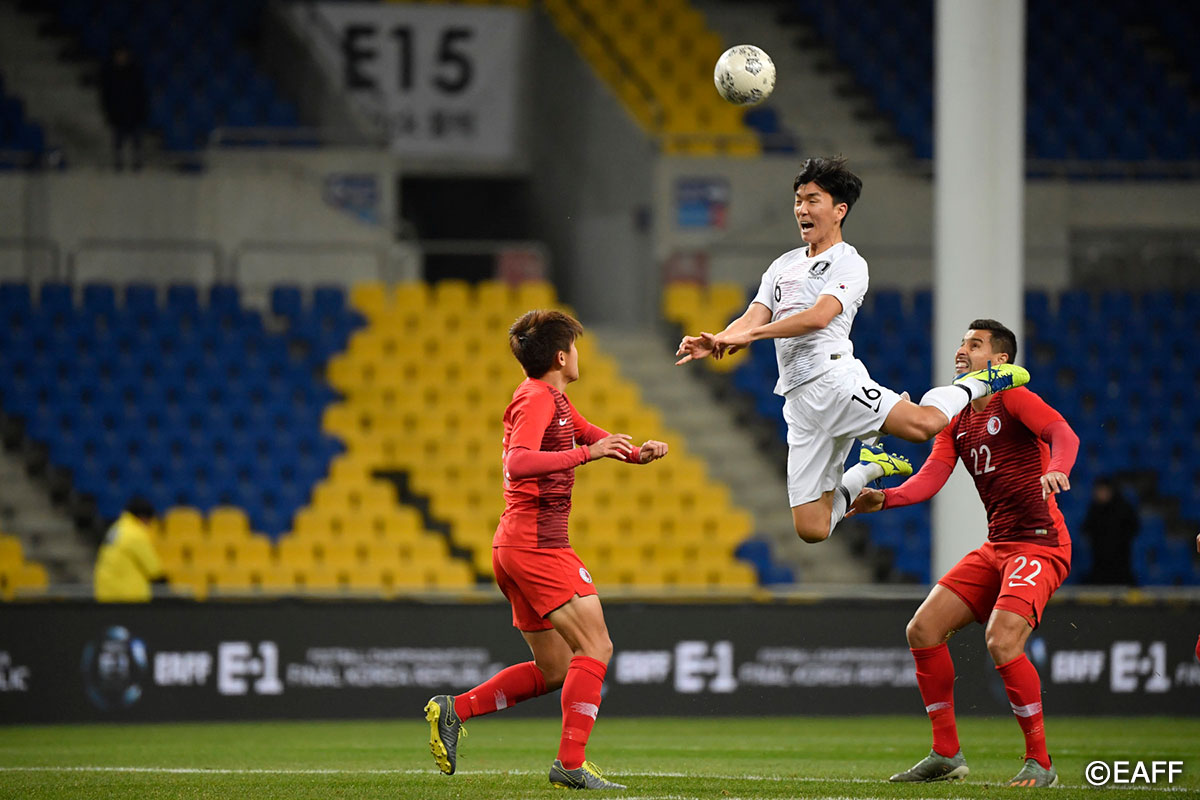 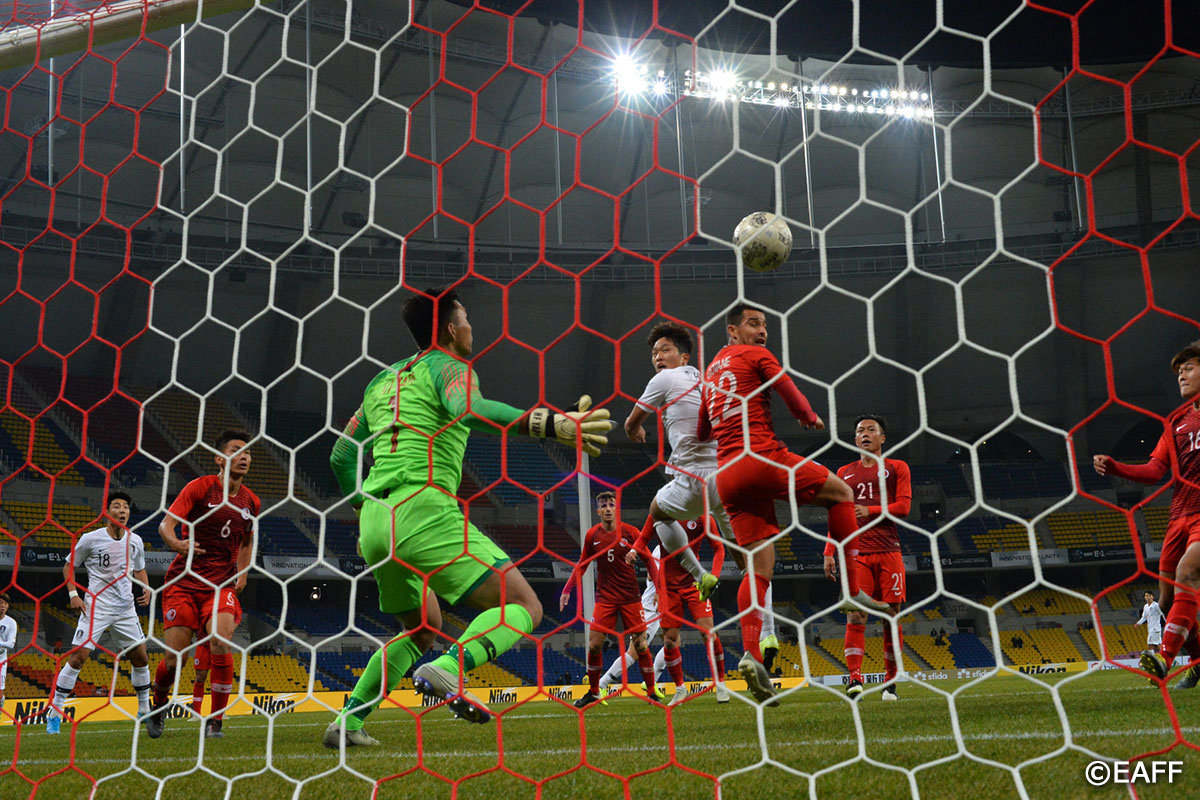 Korea Rep. immediately took the initiative, maintaining possession of the ball and staying on the attack. In the 21st minute, Korea Rep. midfielder HWANG Inbeom took a shot from left side that went slightly wide of the right goalpost.

In the 35th minute, Korea Rep. almost penetrated the penalty area. Hong Kong goalkeeper YAPP Hung Fai briefly mishandled the ball, but was able to save it at the goal line.

After several more attempts, HWANG Inbeom made a free-kick during the 46th minute to score the first goal of the match, putting Korea Rep. up 1-0.

In to the second half, Korea Rep. continued their aggressive assault. In the 66th minute, Korea Rep. midfielder NA Sangho turned up his speed to attack from left side by passing the ball to substitute LEE Jeonghyeop, but missed the mark.

In the 69th minute, Korea Rep. had a good scoring opportunity off of a corner kick, but defender KIM Minjae`s header was saved by Hong Kong goalkeeper YAPP Hung Fai.

But Korea Rep. pressed their attack, with NA Sangho sending a great header from a corner-kick into the back of the net at the 82nd minute, putting Korea Rep. up 2-0 over Hong Kong. Hong Kong was not able to recover, and the game ended with a 2-0 Korea Rep. victory.