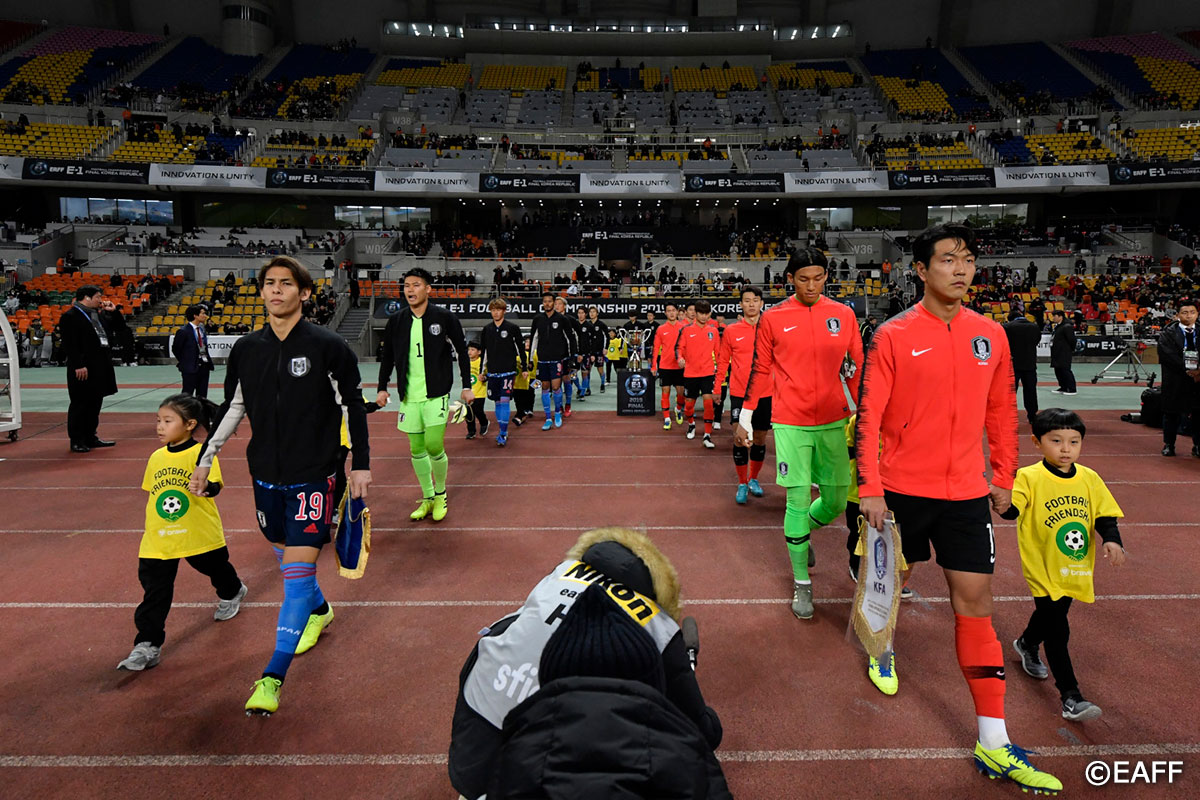 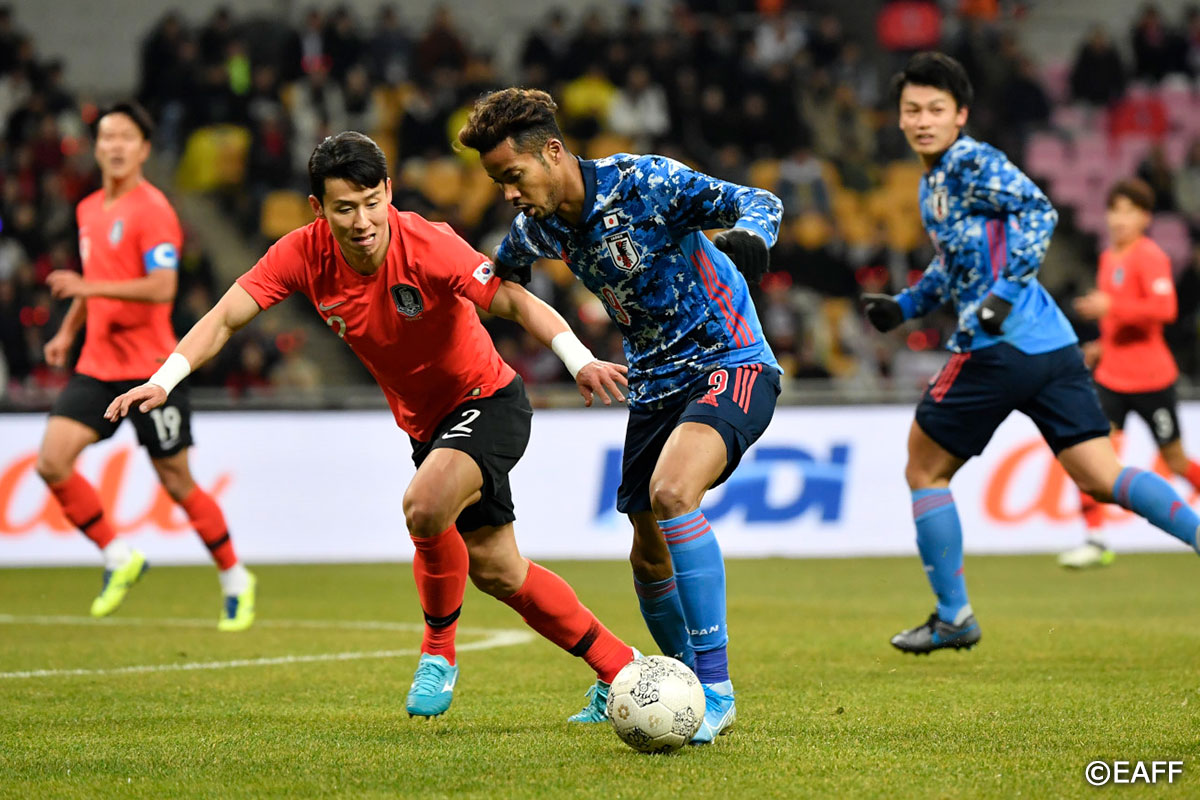 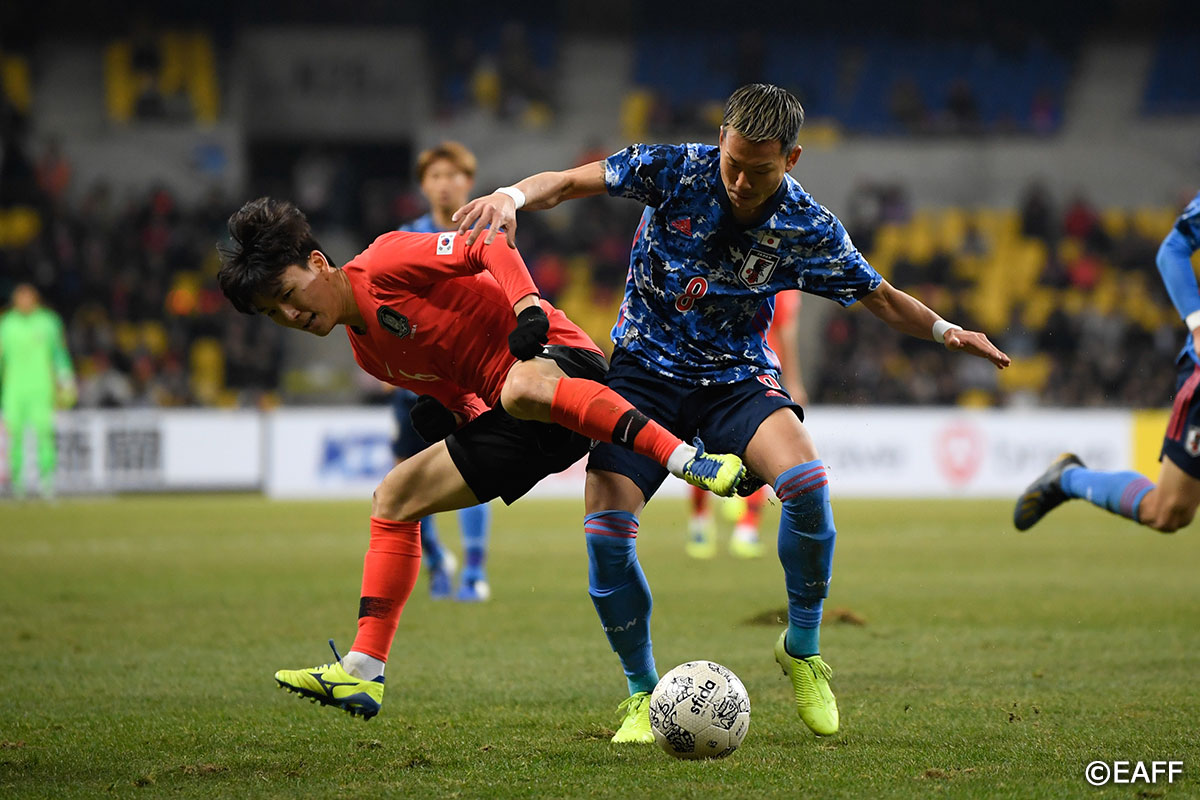 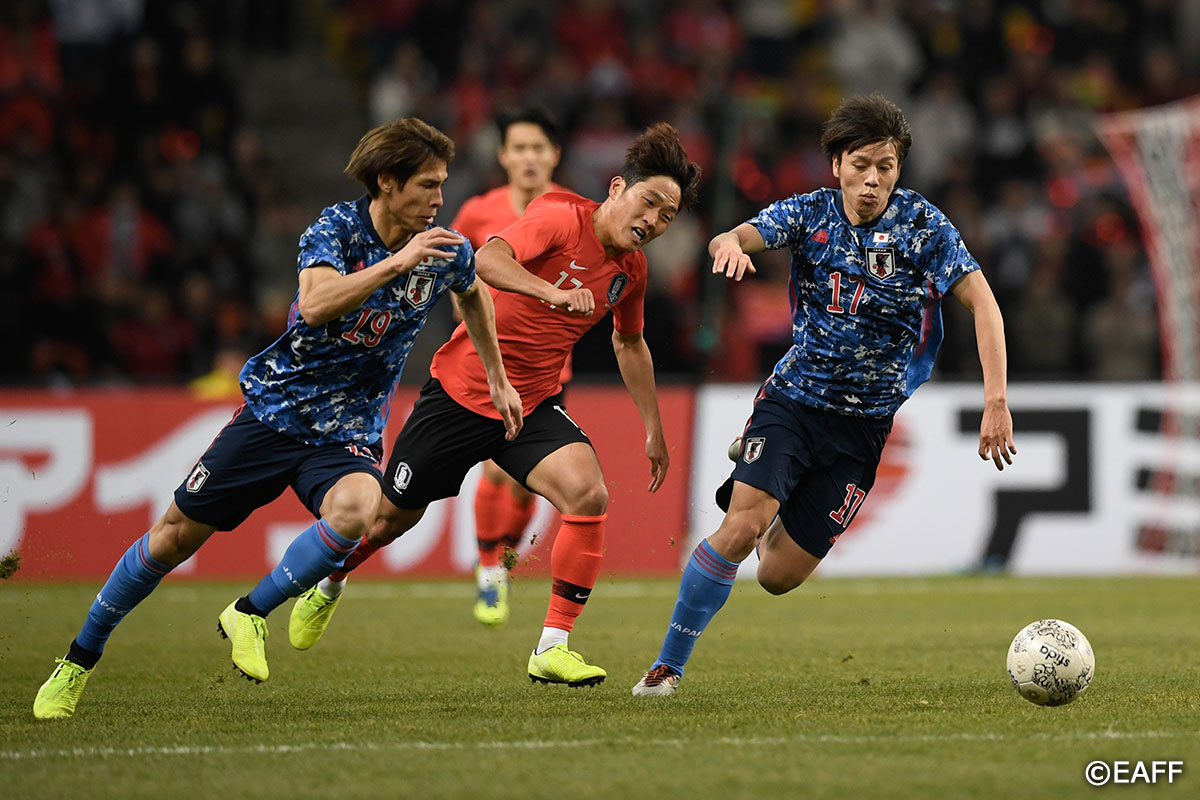 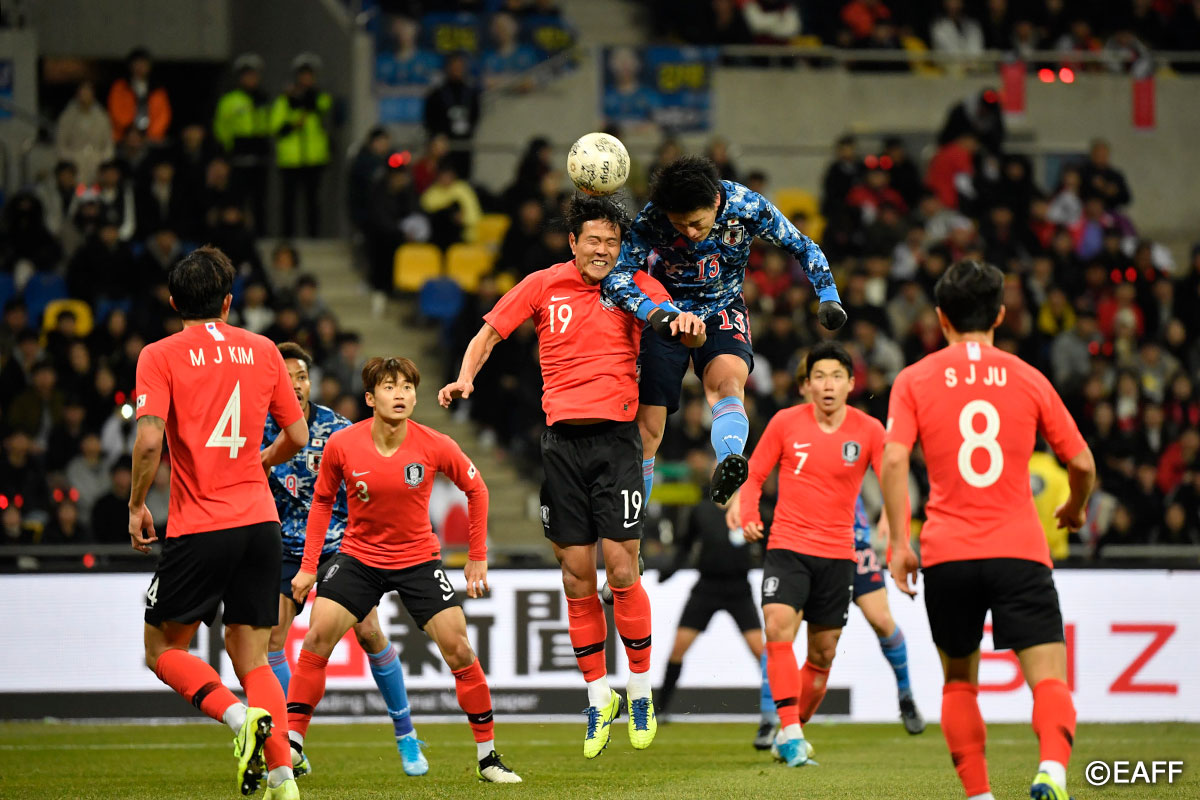 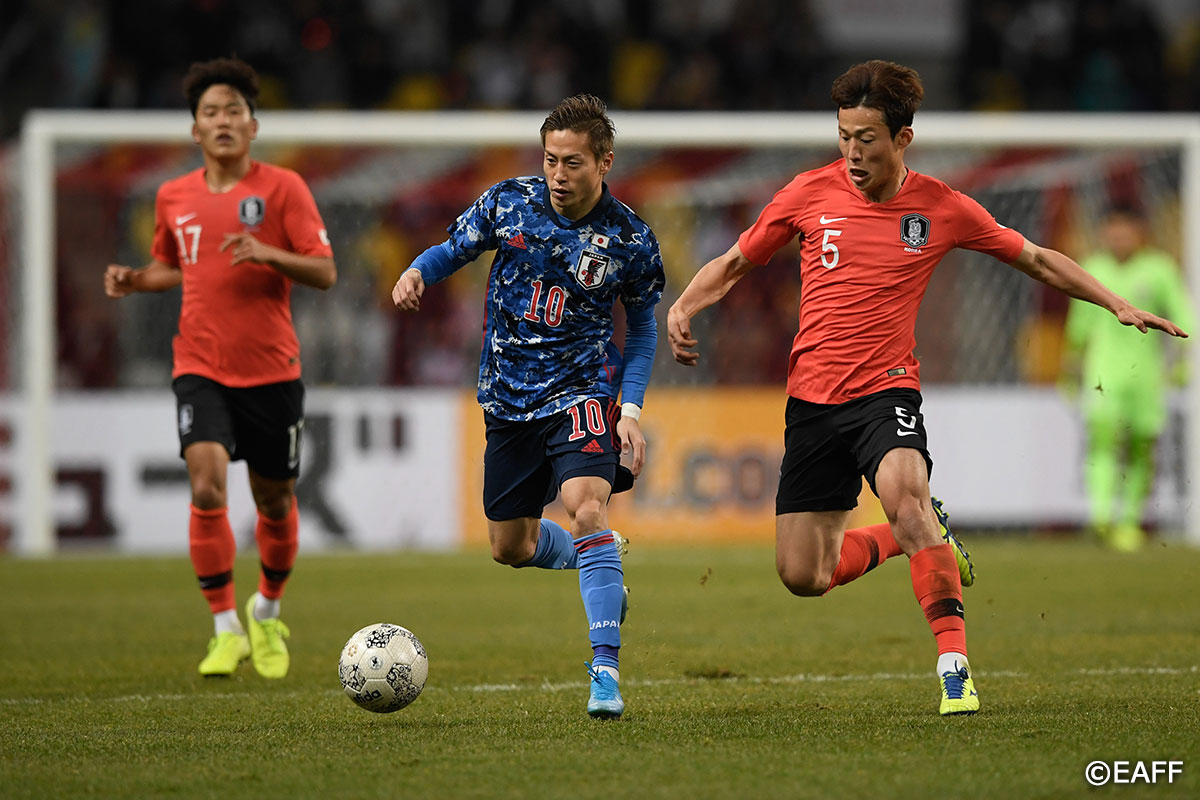 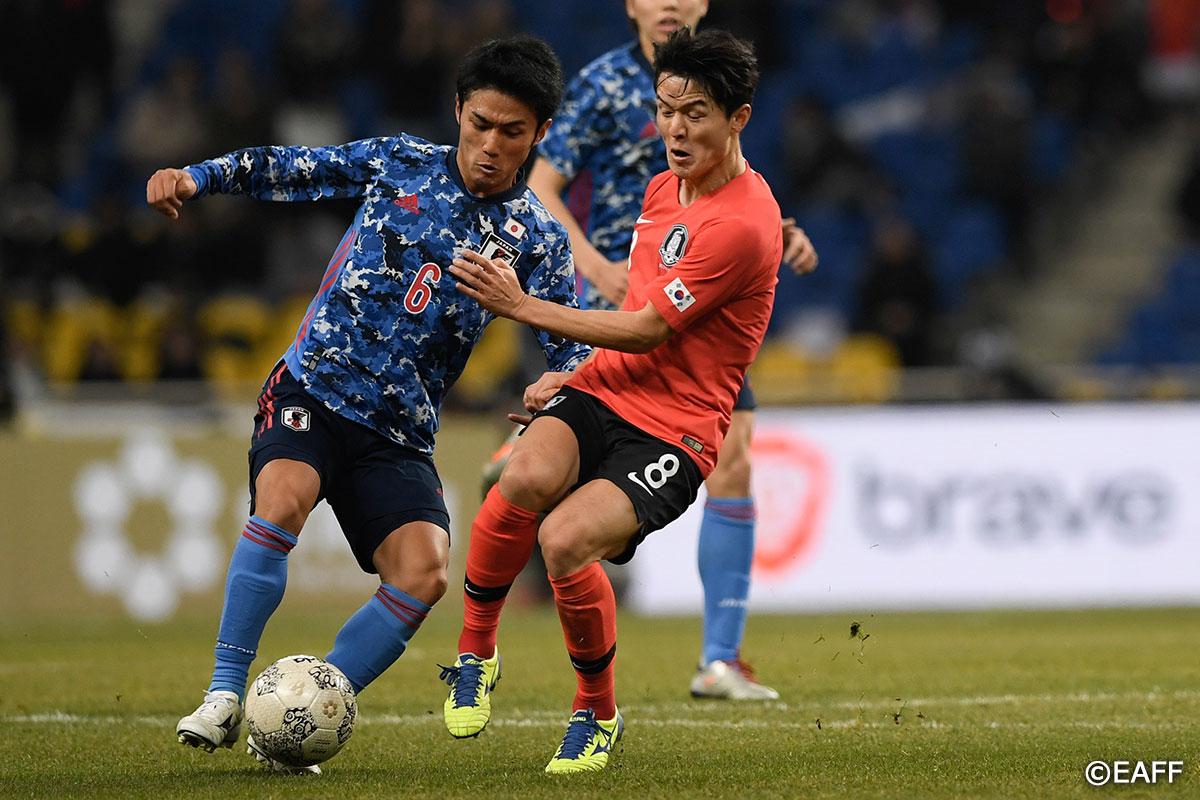 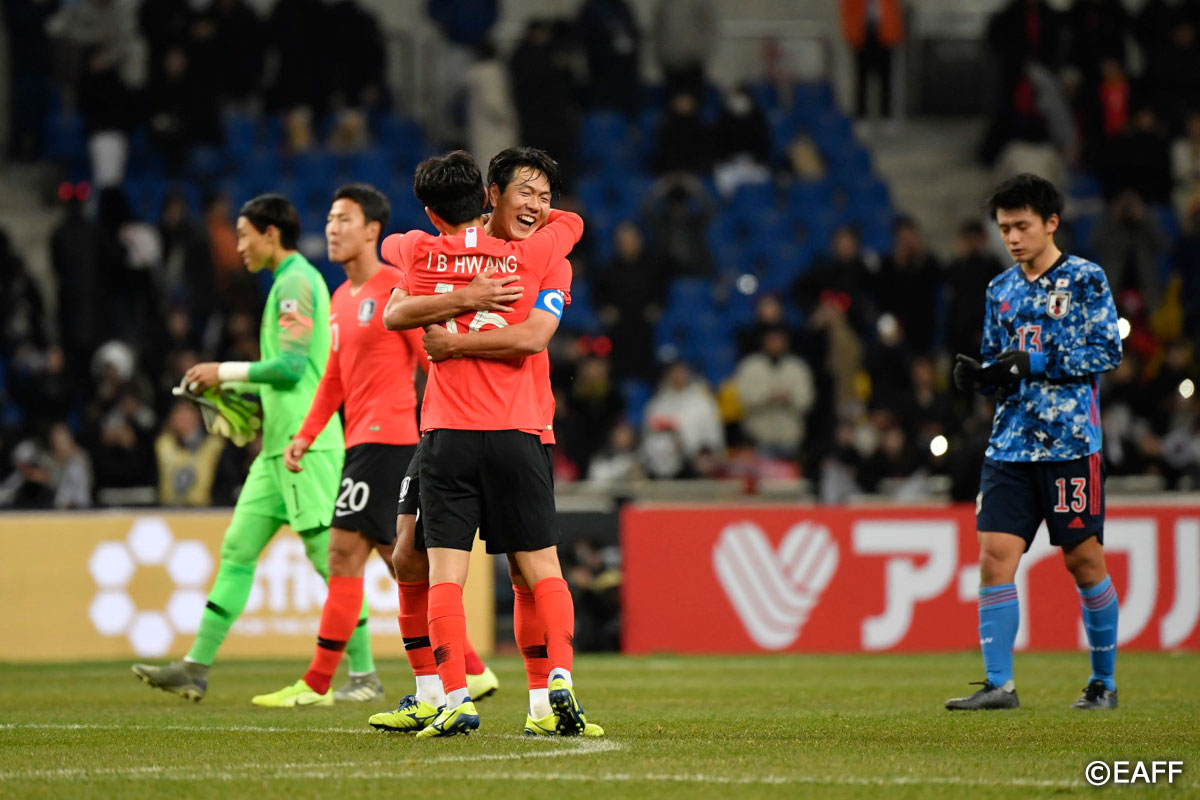 In the 4th minute, Japan had a corner-kick opportunity, but IDEGUCHI Yosuke could not put the kick in a good position. 4 minutes later at the other end of the field, Korea Rep.`s JU Se Jong put a corner-kick into the penalty area, but KIM Minjae`s header hit the crossbar.

Japan forward SUZUKI Musashi had a great scoring opportunity from inside the penalty area during the 14th minute, but his shot went slightly wide of the goalpost.

Both teams continued to battle for possession. Korea Rep. had another great opportunity off of a corner-kick, but the header hit the right goalpost.

In the 28th minute, HWANG Inbeom received a short-pass from a teammate in the penalty area. His left-leg shot got past the goaltender and put Korea Rep. up 1-0.

Japan tried to fight back quickly. In the 33rd minute, forward UEDA Ayase received a pass from the left side, but was run into by an opposing player in the penalty area. The referee did not assess a penalty, and the game continued.

In the second half, Korea Rep. continued their aggressive attack during the first 5 minutes. NA Sangho had a great scoring opportunity in the penalty zone, but the shot went wide of the right goalpost.

In the 67th minute, Korea Rep. took a free-kick from near the corner, but KIM Jin Su`s header missed the target. Japan started a fast-attack 2 minutes later, but SUZUKI Musashi could not receive a pass in the penalty area.

Korea Rep. was still in the match. Forward LEE Jeonghyeop went one-on-one with the Japan goalkeeper during the 77th minute, but his shot went wide of right goalpost.

Japan never gave up on their attack. In the 87th minute, MORISHIMA Tsukasa took a shot from near the penalty area, but it flew over the crossbar. But time ran out for Japan, and the game ended in a 1-0 Korea Rep win, allowing them to take home the championship.