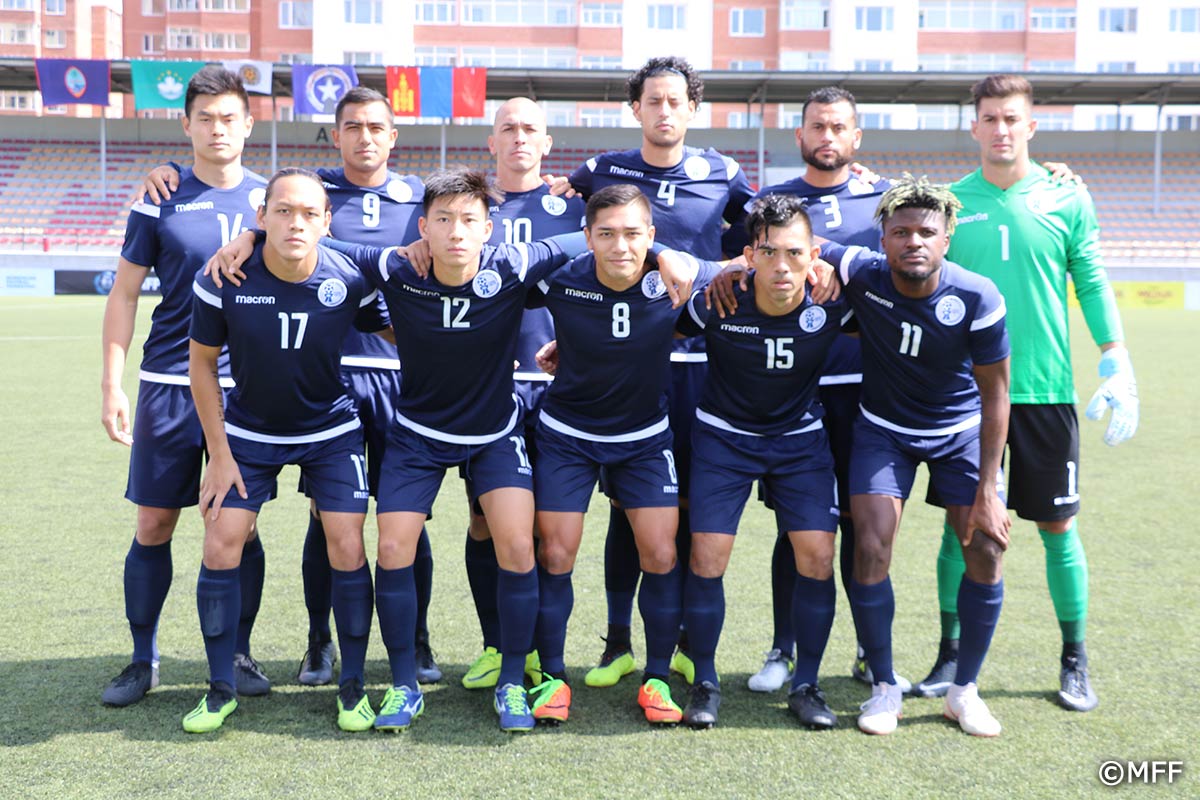 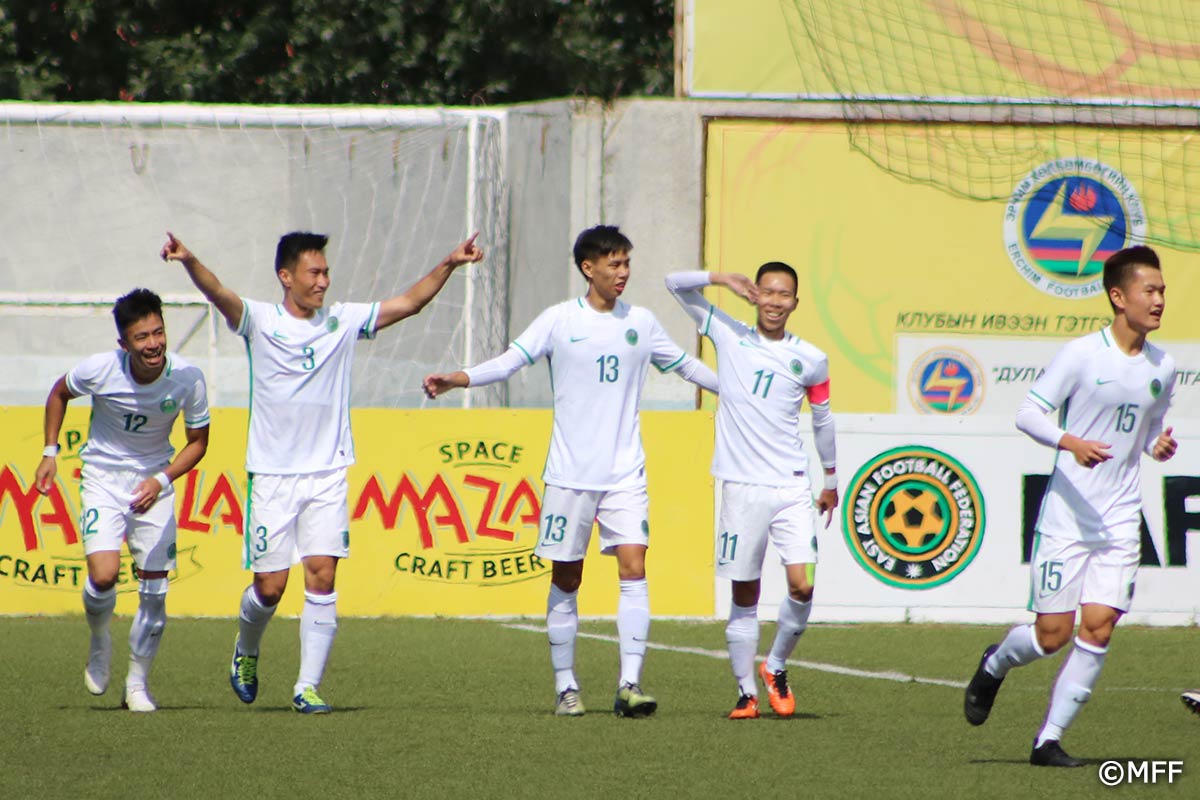 The second day of the EAFF E-1 Football Championship Round 1 men’s tournament was played on September 4th at the MFF Football Centre in Ulaanbaatar, Mongolia. The day kicked off with an intense first game between Macau and Guam.

The players kept up the pressure throughout the match, resulting in an exciting, high-tempo game. Guam’s players were so eager with their clearances that the ball was kicked out of the small stadium twice during the first ten minutes of the game.

In the 14th minute, a misunderstanding between the defenders and Guam’s goalkeeper JAYE Dallas Jeffrey resulted in missing defensive coverage on two Macanese players, making it easy for captain LAM Ka Seng to deflect the ball into an open goal.

Guam pushed back, looking for an equalizer. The closest they came was in the 43rd minute, when MALCOLM Shane Andre put on a display of his individual skills. After a quick dribble, he fired a shot that deflected off of a defender to hit the post and bounce out.

The second half had Guam doing all they could to get back into the game and Macau mounting an effective defense. Guam had several opportunities to even the score, including a second post hit on a free kick by MENDIOLA Devan Jakob Camacho.

Macau was able to grab the next goal in the 78th minute with a classic counterattack. Super-sub LEONG Ka Hang beat an offside trap and two Guamanian defenders to place the ball past goaltender JAYE.

It was a disappointing result for Guam, considering the countless chances they had to score. But Macau’s defensive skill and their ability to capitalize on the few chances they had won them three very important points.


Macau Manager
IONG Cho Ieng:
“The players were very disciplined and could play at 100%… and beyond! It is their victory, not mine.

“We came to play all the games in this tournament at our best, so I am looking forward to the next one.”


Guam Manager
DODD Karl:
“We started the way we wanted, but we conceded a sloppy goal that helped Macau’s confidence. But we are a work in progress, and we keep “building”.

“The players tried their best. We will watch the game on video, and we’ll see where we need to improve.

“All matches are important, we have not played in a long time and we are implementing a new play-style, so we are mostly focusing on that.”


Macau captain
11. LAM Ka Seng:
“We scored very early, so we were confident and we claimed the win.

“I am very happy about my goal, because it came in a very important match, but the whole team did its best and that’s why we won.”


Guam
10. CUNLIFFE Jason:
“Macau’s game-plan was to slow down the tempo, and defend with many players, to counter our possession style.

“We are a young team, we had a 16yo on the pitch today. Sometimes mistakes happen. That is football.

“But we will continue to play our style, and we still have destiny in our hands: if we beat Mongolia in two days, we can still qualify for Round 2.”