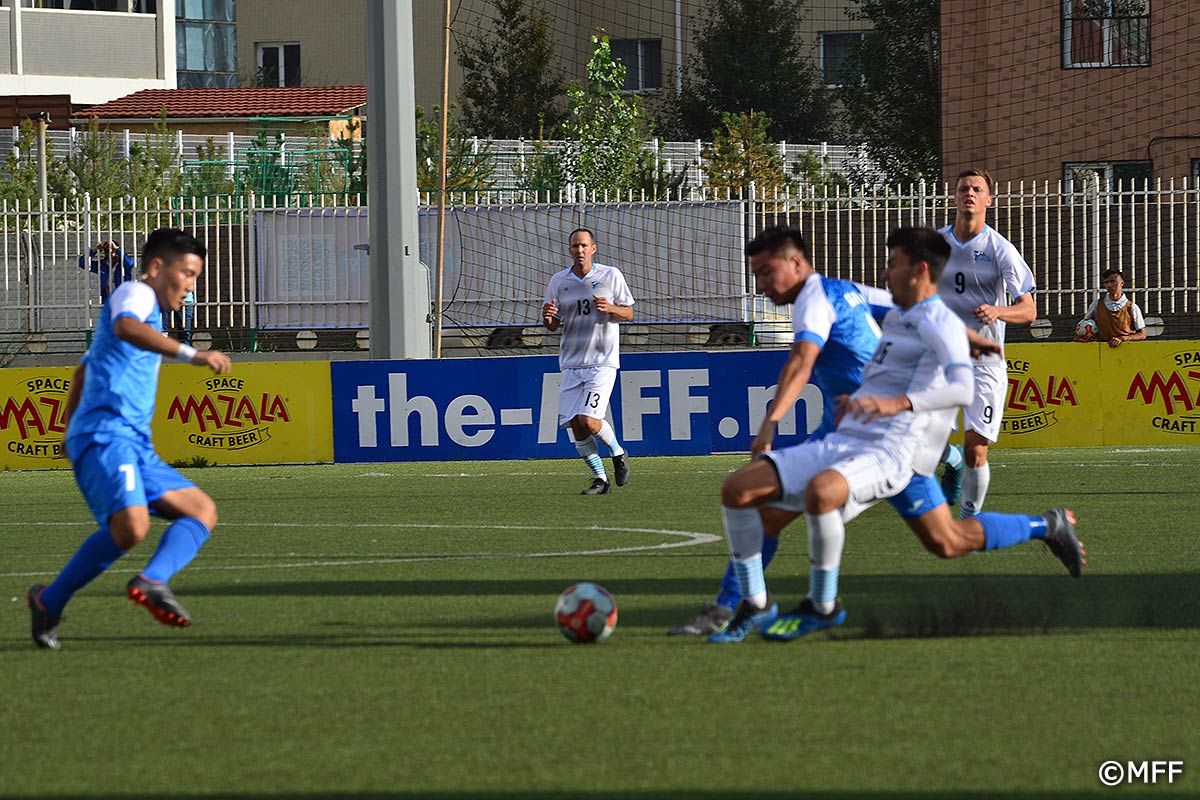 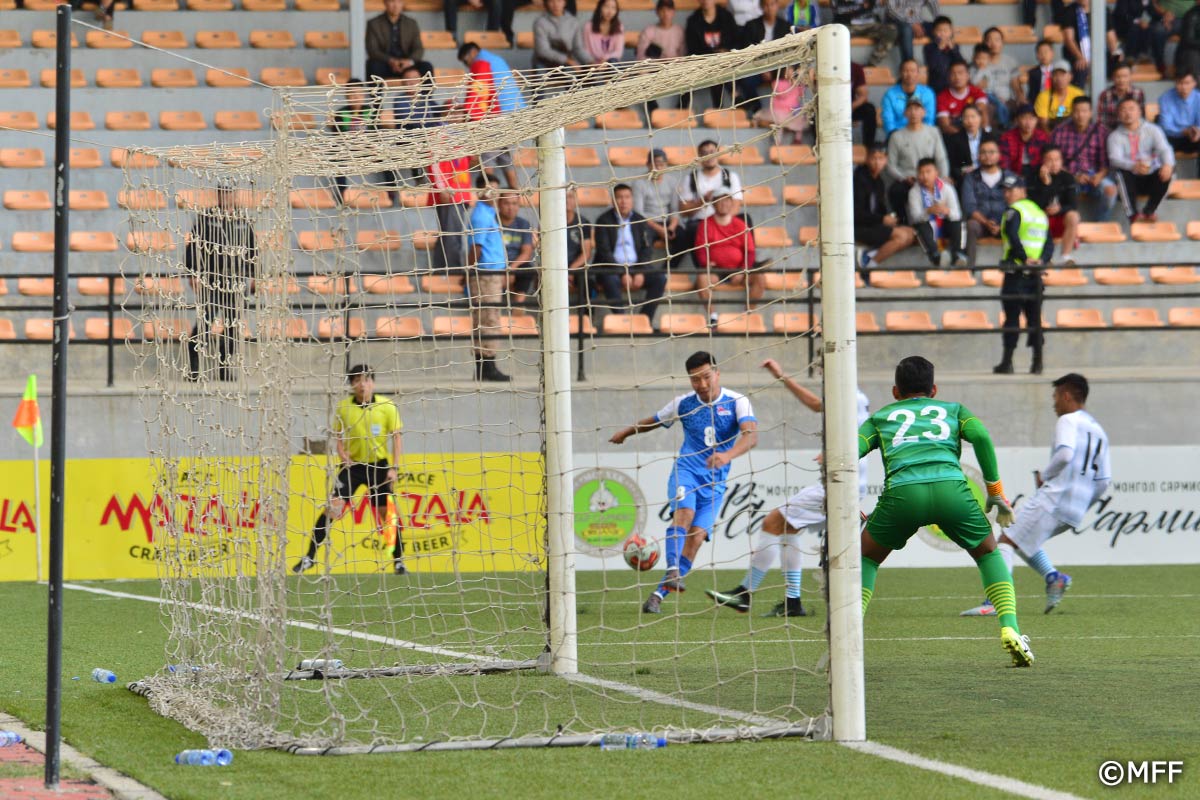 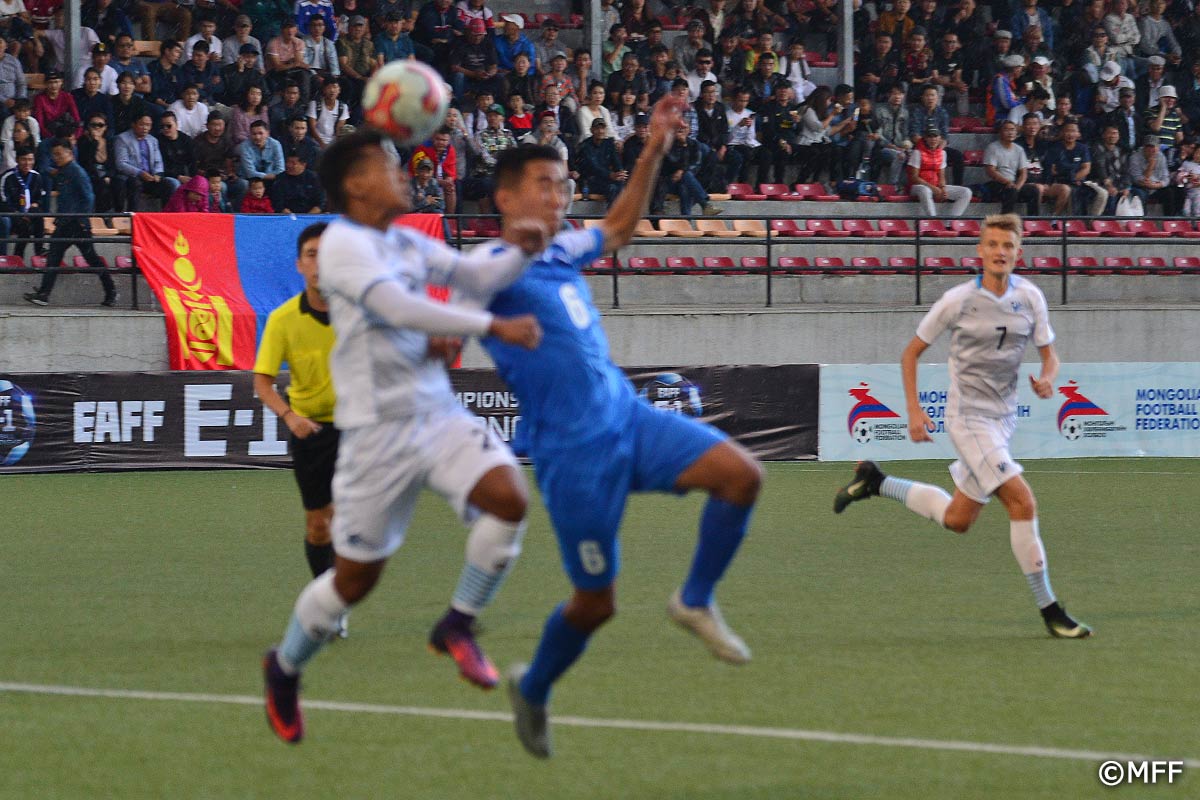 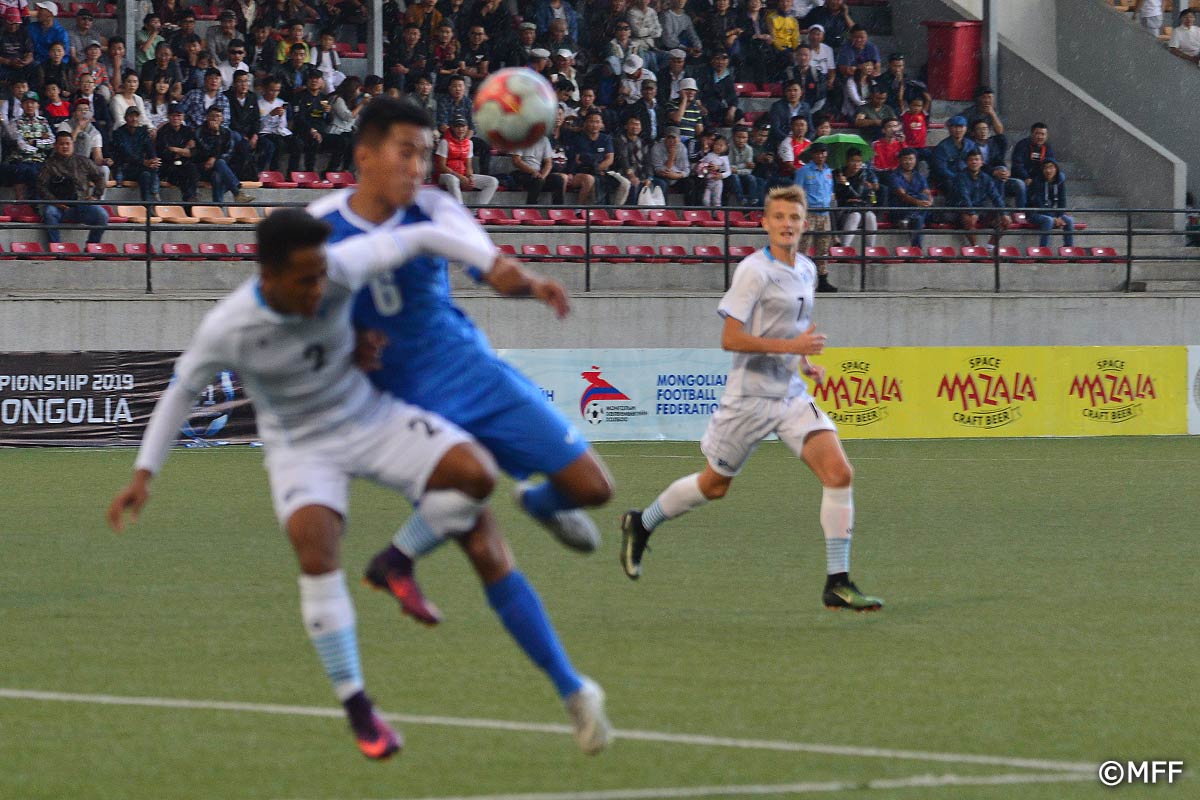 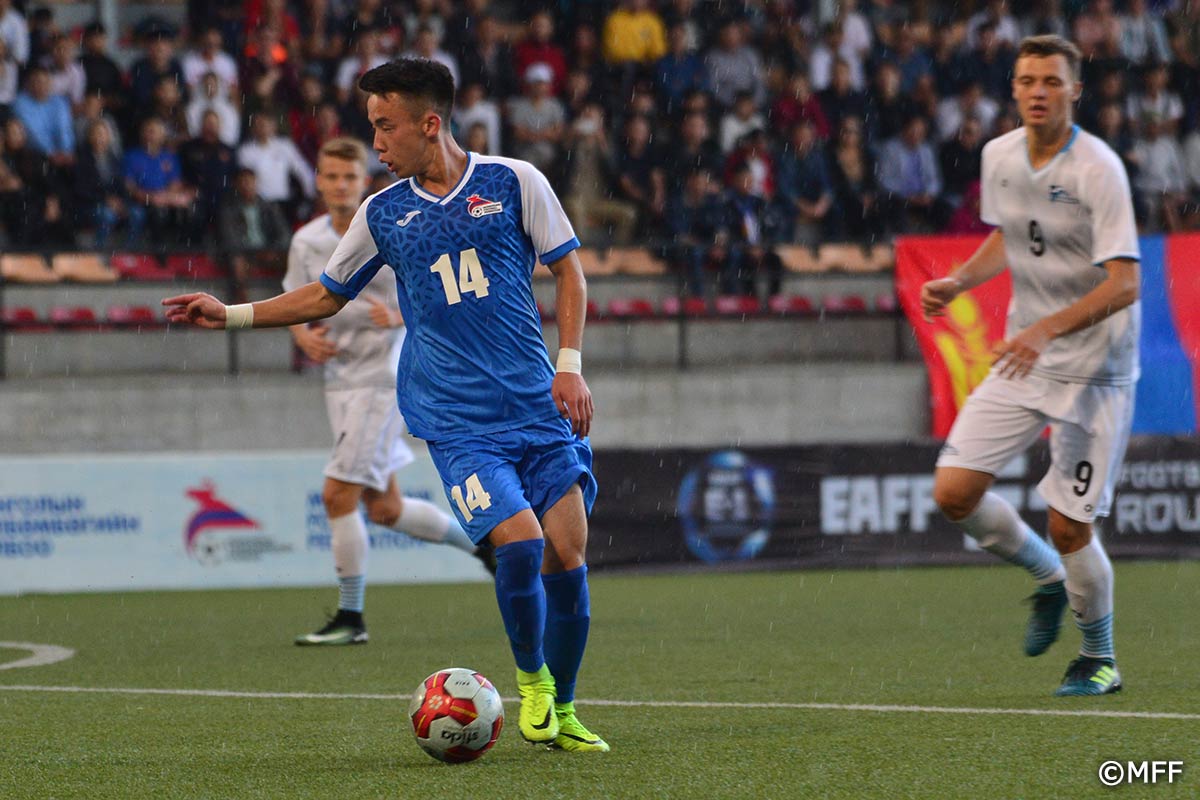 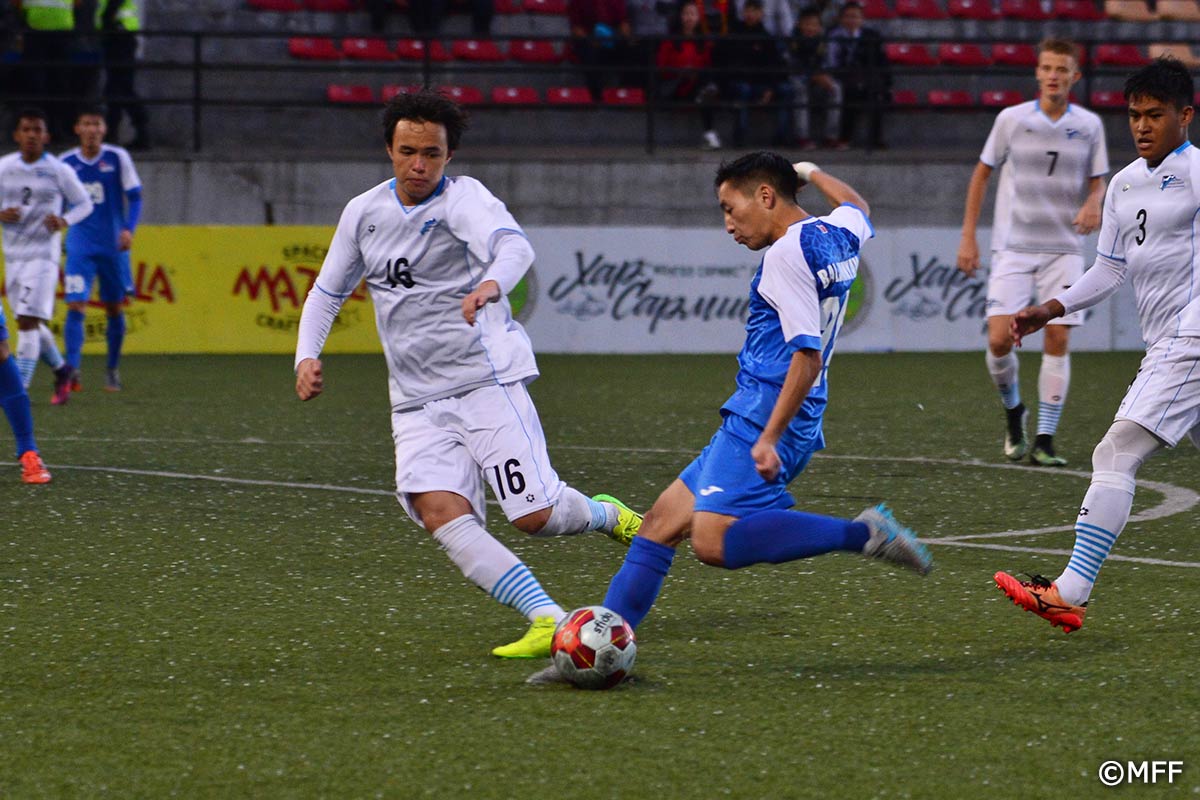 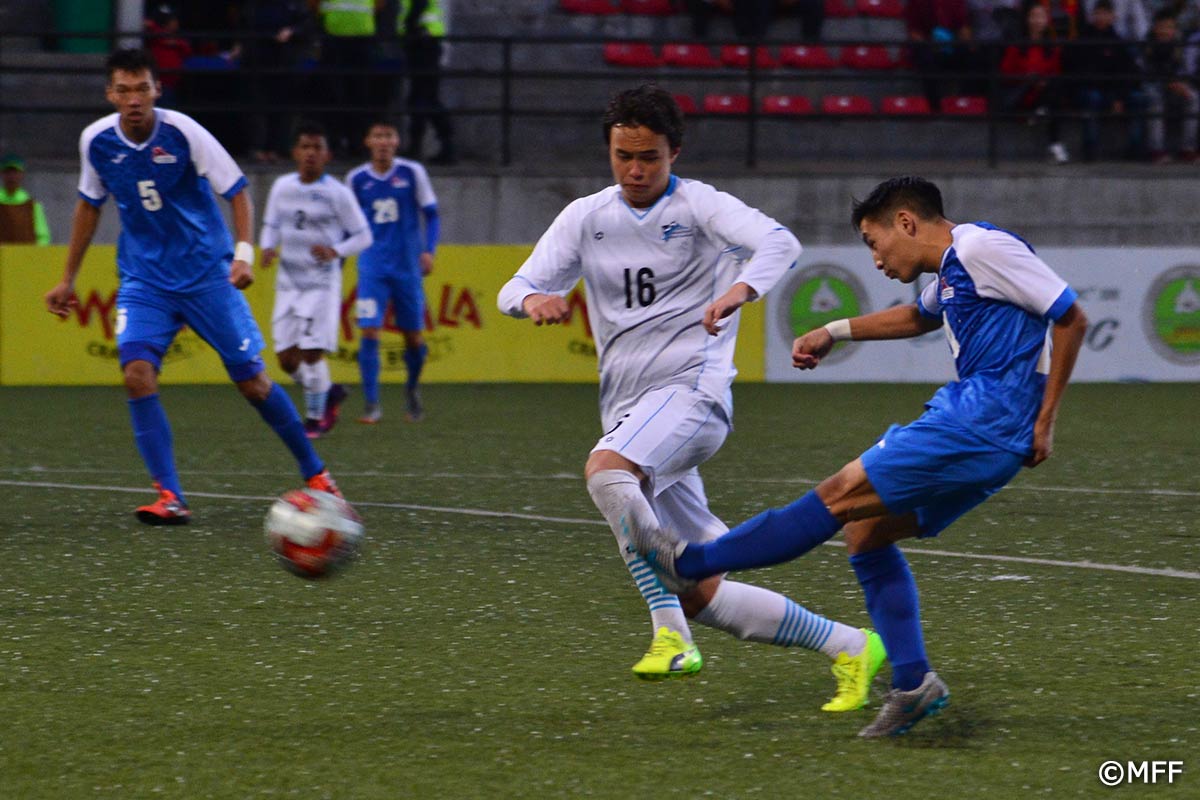 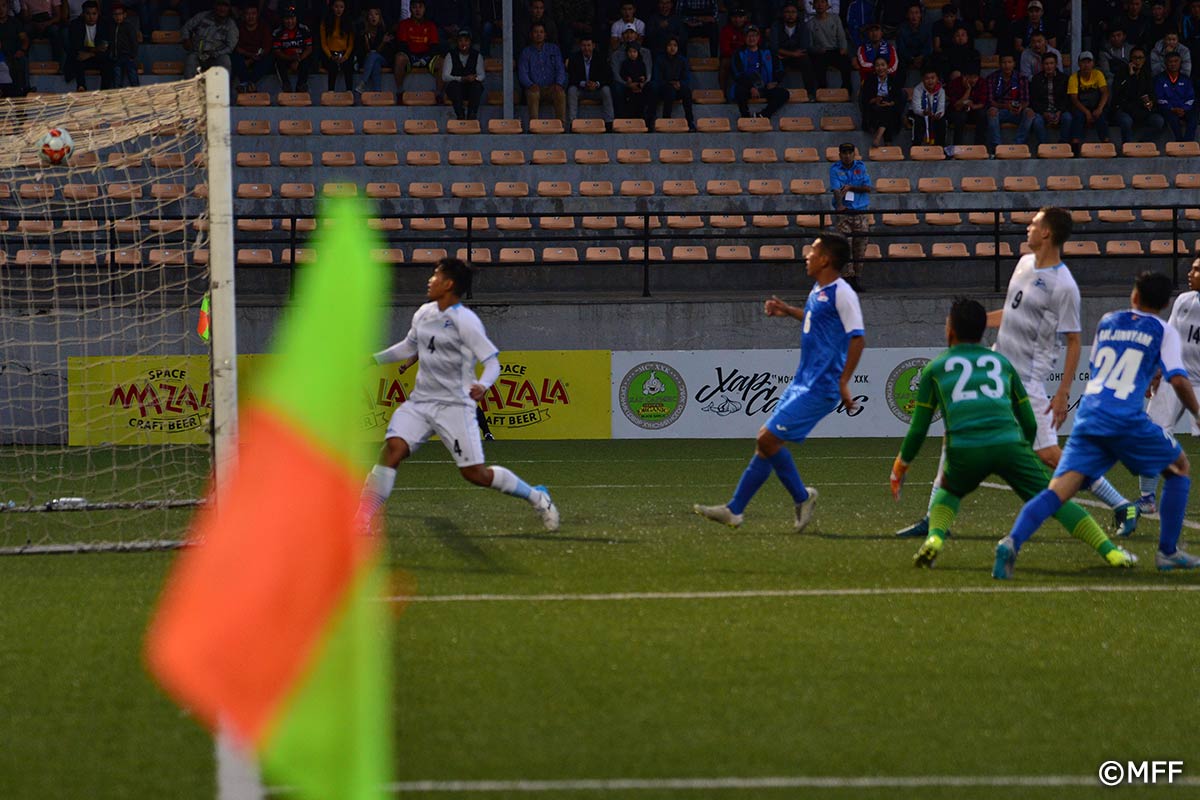 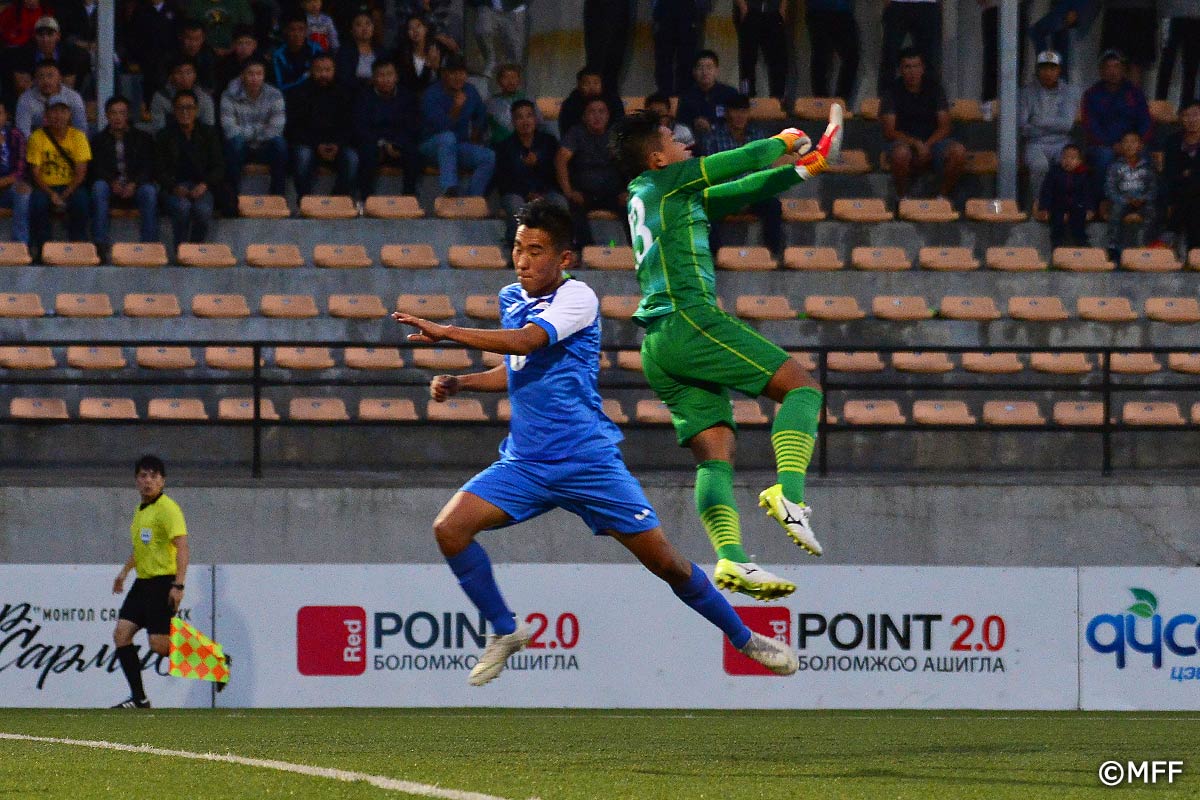 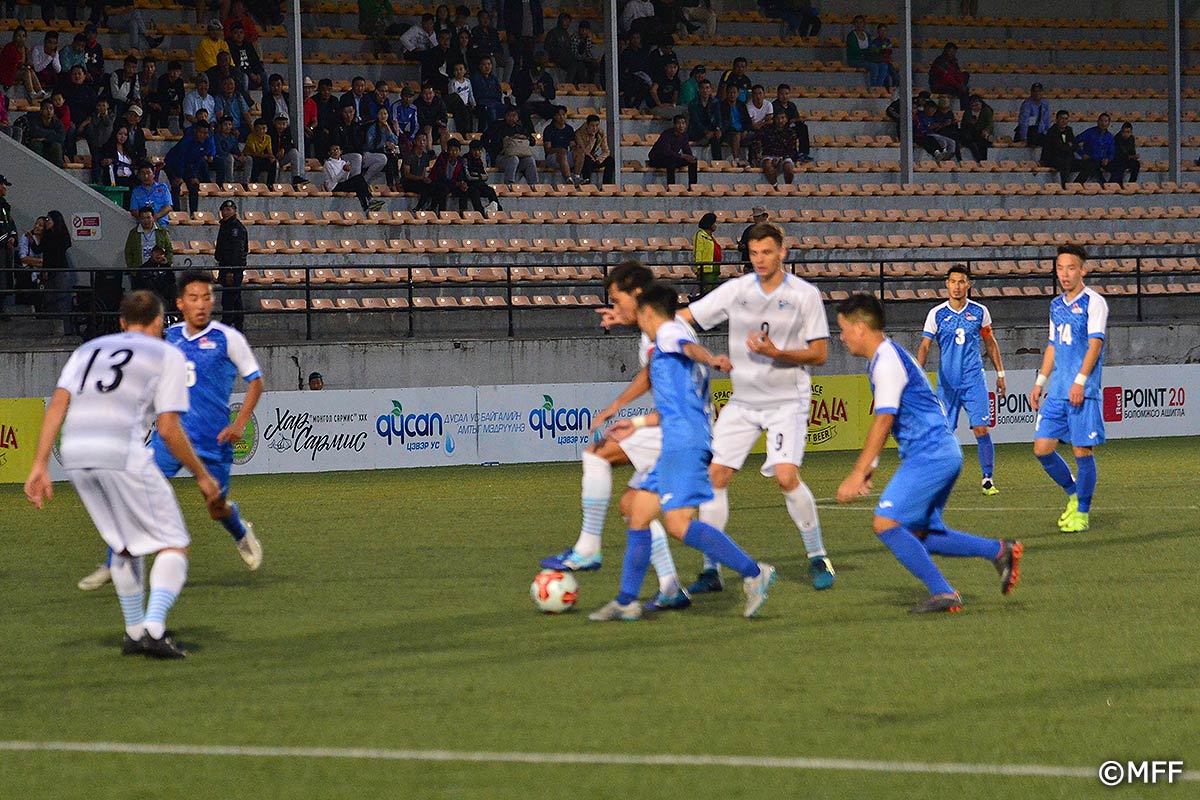 The second match on day two of the EAFF E-1 Football Championship Round 1 pitted Mongolia against the Northern Mariana Islands’ national team.

Both teams had swapped several players from the first match, and from the very beginning it was one-sided game. Mongolia hammered the opposition all over the pitch and created several chanc-es to score.

The dam broke in the 11th minute when MUNKH-ERDENE Tuguldur, possibly the most impressive player in the tournament so far, released a quick and precise shot home after a save by ANINZO Christopher. In the 14th minute the midfielder scored his second thanks to an easy close-range shot a few meters from the goal.

Mongolia extended their lead in the 25th minute after a series of passes culminating in a close-range goal by SEO-OD-YANJIV Gankhuyag. The fourth goal came six minutes before the half-time break, as ALTANSUKH Temuujin’s sprint allowed him to receive a pass deep into the penalty area slot it to the back of the net.

The Northern Mariana Islands seemed better organized earlier into the second half, but as a sud-den cold rain fell on Ulaanbaatar’s MFF Football Centre, Mongolia scored their fifth of the day in the 55th minute, again blowing right past SEO-OD-YANJIV.

In the 67th minute, officials stopped the match for ten minutes for a hail storm. However, the pause didn’t help the Northern Marianas Islands team.

Four minutes after the stoppage, BATBOLD Baljinnyam dribbled down the right flank and lobbed the ball above ANINZO and into the net. And he wasn’t finished--BATBOLD produced a copy of the goal he scored against Macau two days before with a vertical run and precise shot that netted the seventh goal for Mongolia in the 78th minute.

Eight minutes later, MARATKHAN Janseric diagonal shot from the right made it eight points. The final goal of the match came on the 89-minute mark when ORKHON Munkh-Orgil headed in a re-bound off the bar.

There might have been more goals, but in the final minutes of the game Mongolia was denied twice by amazing saves by ANINZO, who deflected a direct FK by JANCHIV Sundorj and then denied BATBOLD a hat-trick with a diving save.


Mongolia Manager
WEIS Hans Michael:
“I want to congratulate with my players, it was another very convincing performance. It was a one-way traffic football, we did very well in the first half and we should have scored more.

“We decided to make changes early, because we wanted them to rest and be fit for the match on Thursday. The Guam team is a good team, we can’t afford to lose against them, on the opposite we want to win that game as well, also to make our fans happy. That’s why we will play with the strongest squad. Before the match with Guam, I will tell my players what I told them this morning before this game: ‘You can not eat the lamb before you have slaughtered it’.

“I don’t think our players will lose focus: we have gone through one and a half year of training and we have experienced also some severe losses as well. Now it is getting better, the players are more confident and while they are not yet at their top, where I want them to be, you can see that they know what they are doing.

“We need to bring it to the next level in order to compete with Hong Kong, North Korea and Chinese Taipei in the future.”


NMI Manager
MITA Michiteru:
“It was a tough game, Mongolia were both quick and strong. After we conceded the first goal my boys were a bit confused. We prepared well, but Mongolia was even better than we expected.

“In the second half we have improved our defending, we were better organized and our goalkeeper did great. Without him, we could have lost by more goals.

“There were many people on the stands, the competition is very well organized, our teams are lucky to have a chance to participate, the environment here is excellent.”