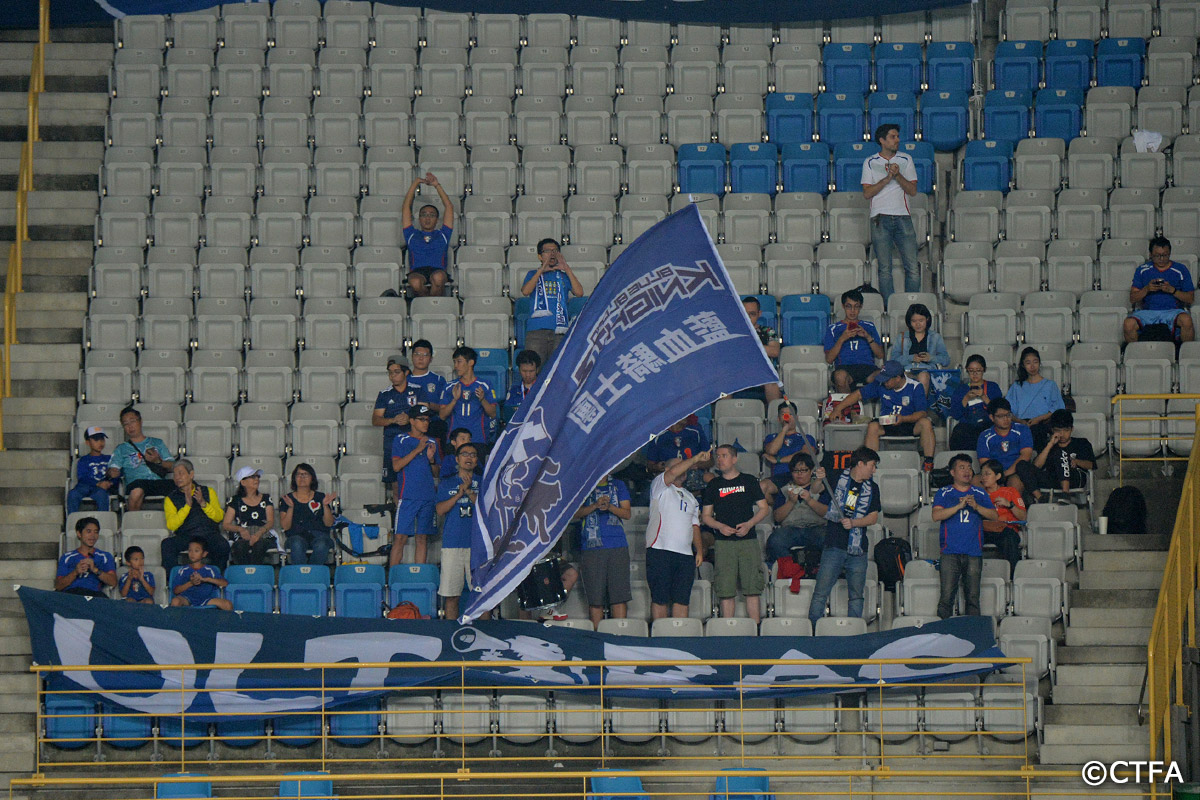 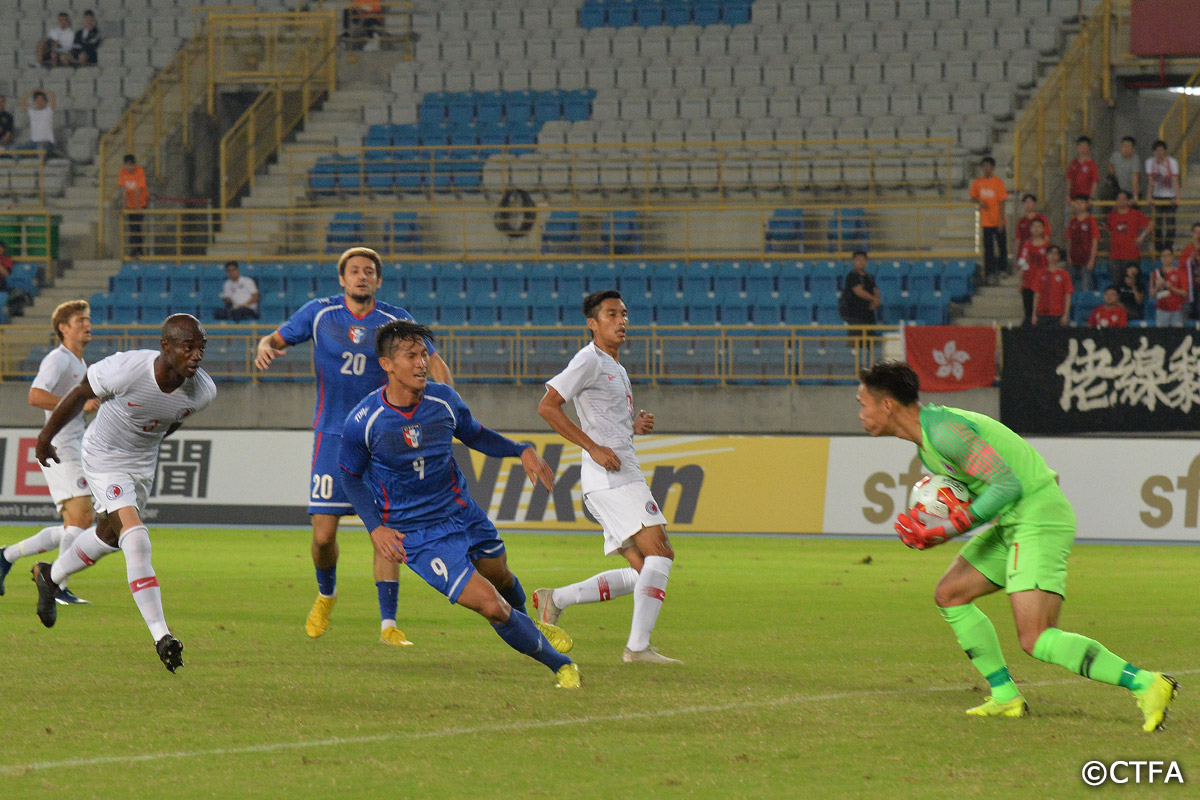 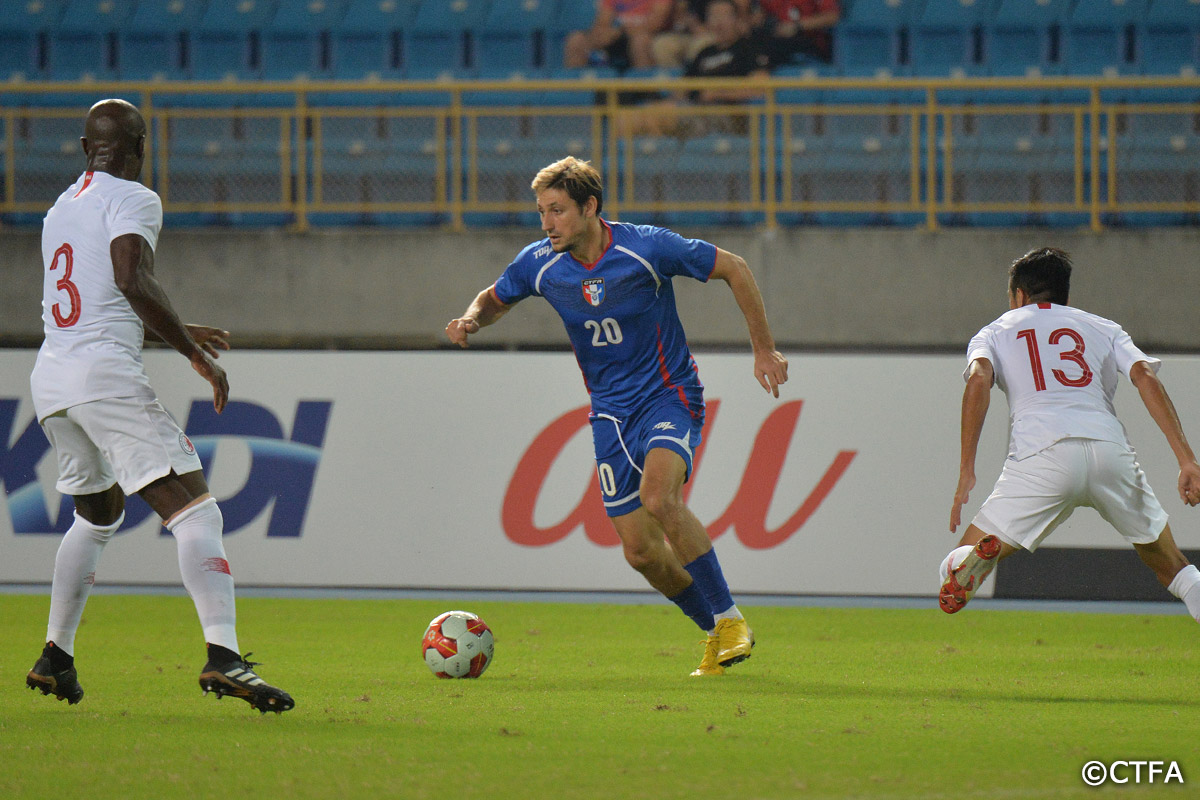 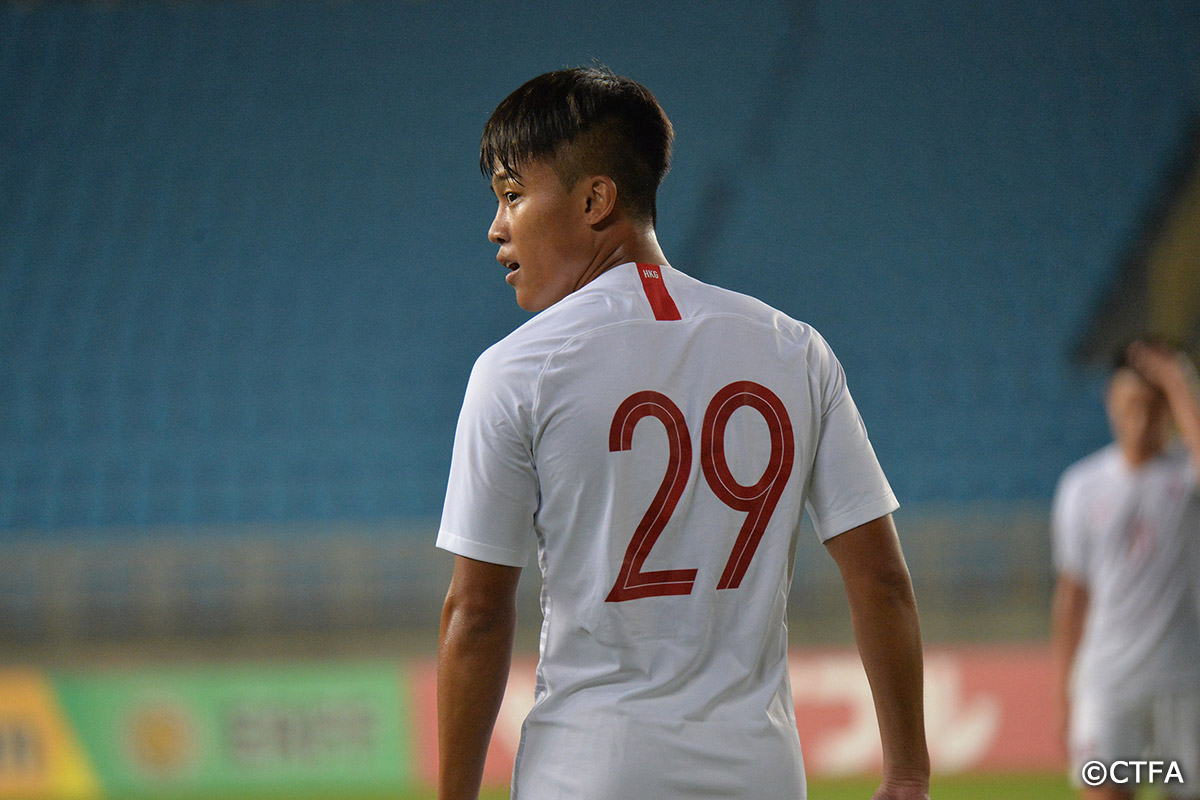 After second and third place finishes in a past edition of the EAFF E-1 Football Championship Round 2, Hong Kong and Chinese Taipei met at Taipei Municipal Stadium on November 11th, 2019.

In the 15th minute, an indirect free-kick from CHIH-HAO WEN set up CHUN-CHING WU for a clear header in front of the target. However, the shot was denied by goalkeeper HUNG FAI YAPP, who made a super save to knock the ball over the bar. At the 31st minute on the other end of the field, an identical scoring situation was thwarted when FESTUS BAISE’s header was blocked by defender TING-YANG CHEN. Those were the only two clear scoring chances in an exciting yet balanced first half.

In the 50th minute, MAO LI escaped Hong Kong’s defenders and went one-on-one with HUNG FAI YAPP. But once again, the visiting goalkeeper pulled out an amazing save to keep his sheet clean. Ten minutes later it was ANDREW JAMES RUSSELL’s turn to run a ball towards Chinese Taipei’s goal, but the center-back kicked the ball so hard that it bounced on the ground and over the bar.

The deadlock was broken in the 65th minute when DESHUAI XU curved in a long cross from the right that was headed into the net by JAIMES ANTHONY MCKEE.

Four minutes later, Hong Kong combined beautifully to set up substitute ALEXANDER OLUWATAYO AKANDE in front of an open goal, but he shot it over the bar. Hong Kong had another couple of half-chances, but could not do much with them.

In the 81st minute, TING-YANG CHEN followed a corner kick to bury the ball home. Hong Kong re-took the lead two minutes later, with a well-placed diagonal shot from young player WAI KEUNG CHUNG. Despite some desperate late attempts by Chinese Taipei to equalize, it was the goal that sealed the game.


Chinese Taipei Head Coach CA NHUM VOM:
“We only had five days to prepare, so it was very difficult for us. We tried to keep the ball as much as possible, to save energy.

“My boys did their best, I could not ask more. despite the final result, I asked them to keep their head up, to be proud and grateful for the fans who came over to watch us play.

“It was a home game and I did not want to lose, but in the end the result is not so important for me, what matters is the team, and the supporters.”


Hong Kong Head Coach GARY JOHN WHITE:
“It was great to be back in this very special place, and thanks to the Chinese Taipei’s team for giving us a really exciting game.

“I think we dominated the game, but we failed to score the chances we created — But I am happy we did come back and we won it.

“I respect all teams, but I believe it is either us or DPR Korea that have the best chance for final victory, so in this light the next game against them is a bit of a final.”


Hong Kong 22. JAIMES ANTHONY MCKEE:
“It was a tough game for us, we were getting chances but we let ourselves down a few times. So it was a great feeling when I finally got that goal.

“But they made it back, then we scored again… It was an interesting final twenty minutes

“It was great to get our first win in the tournament, the atmosphere is very good.”