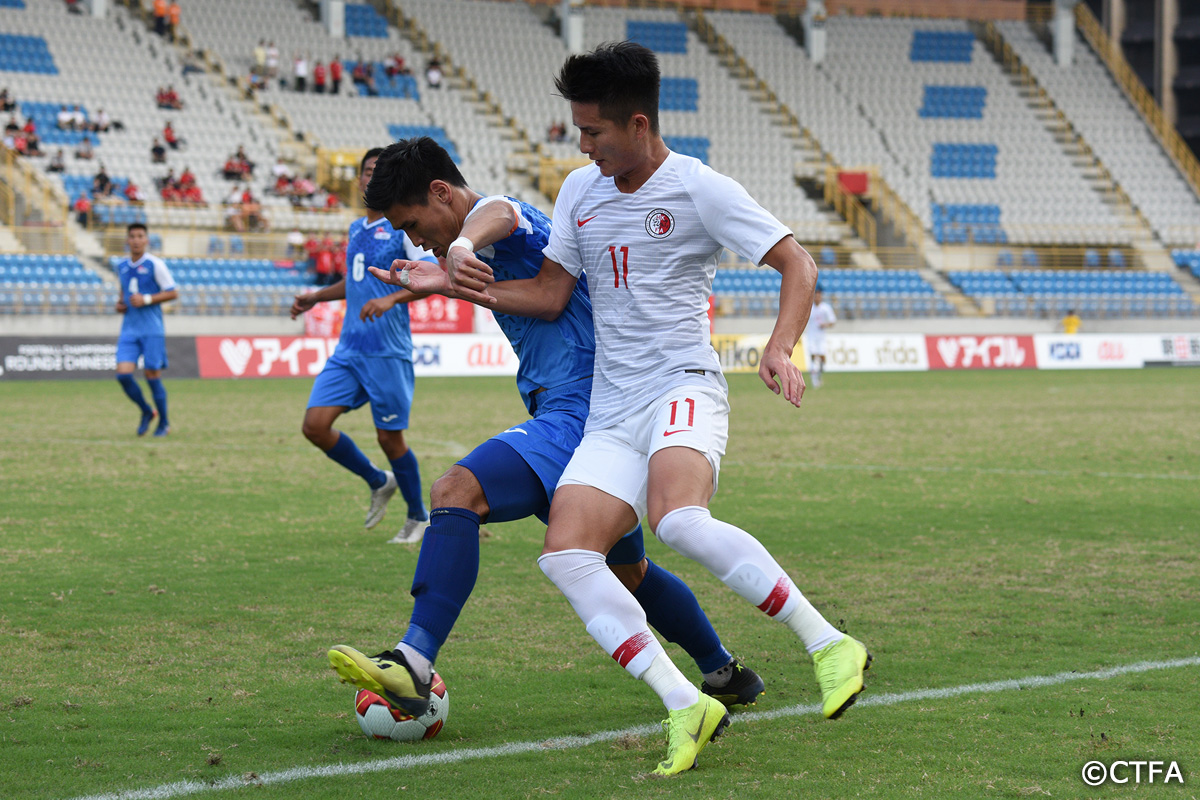 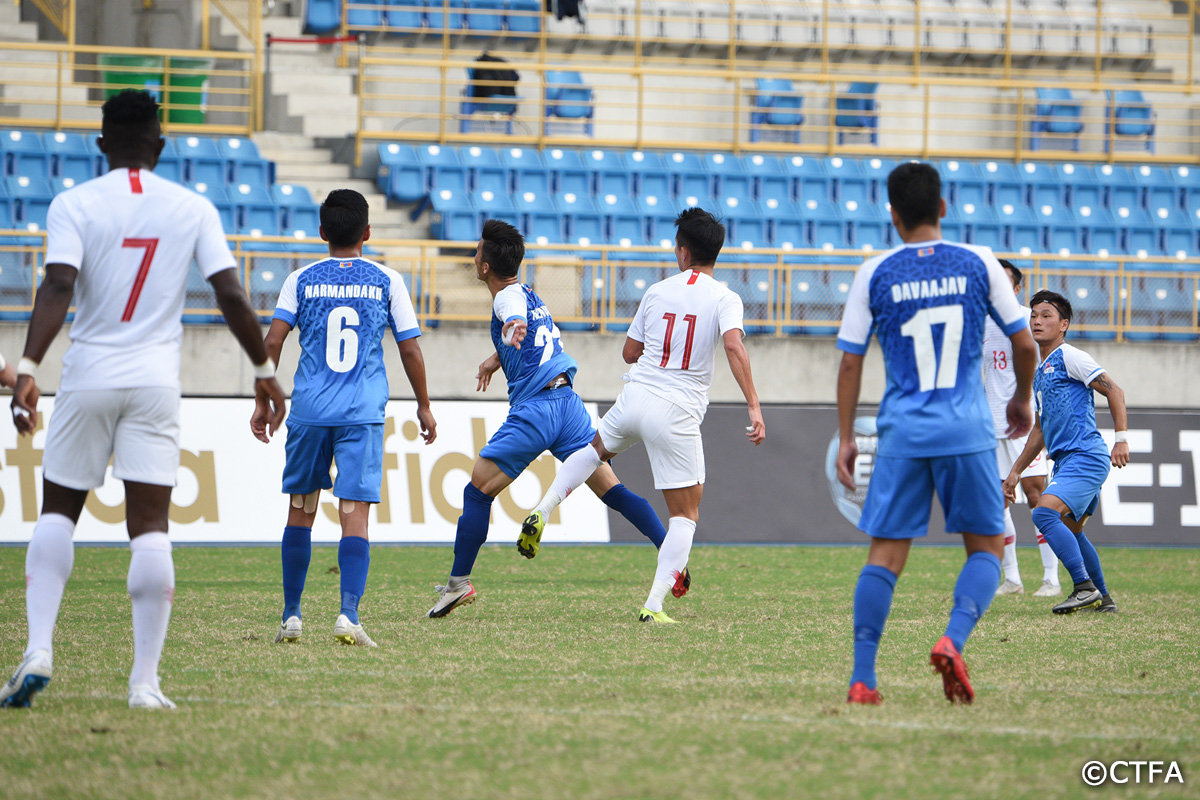 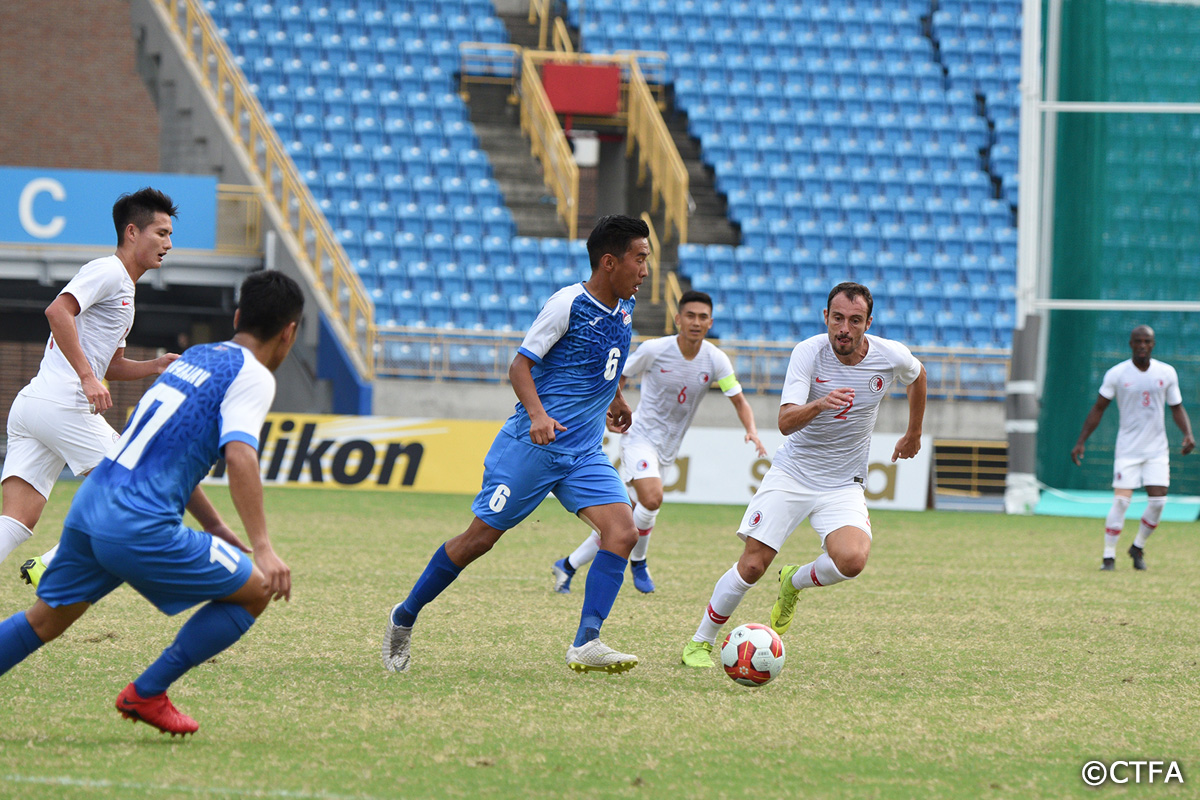 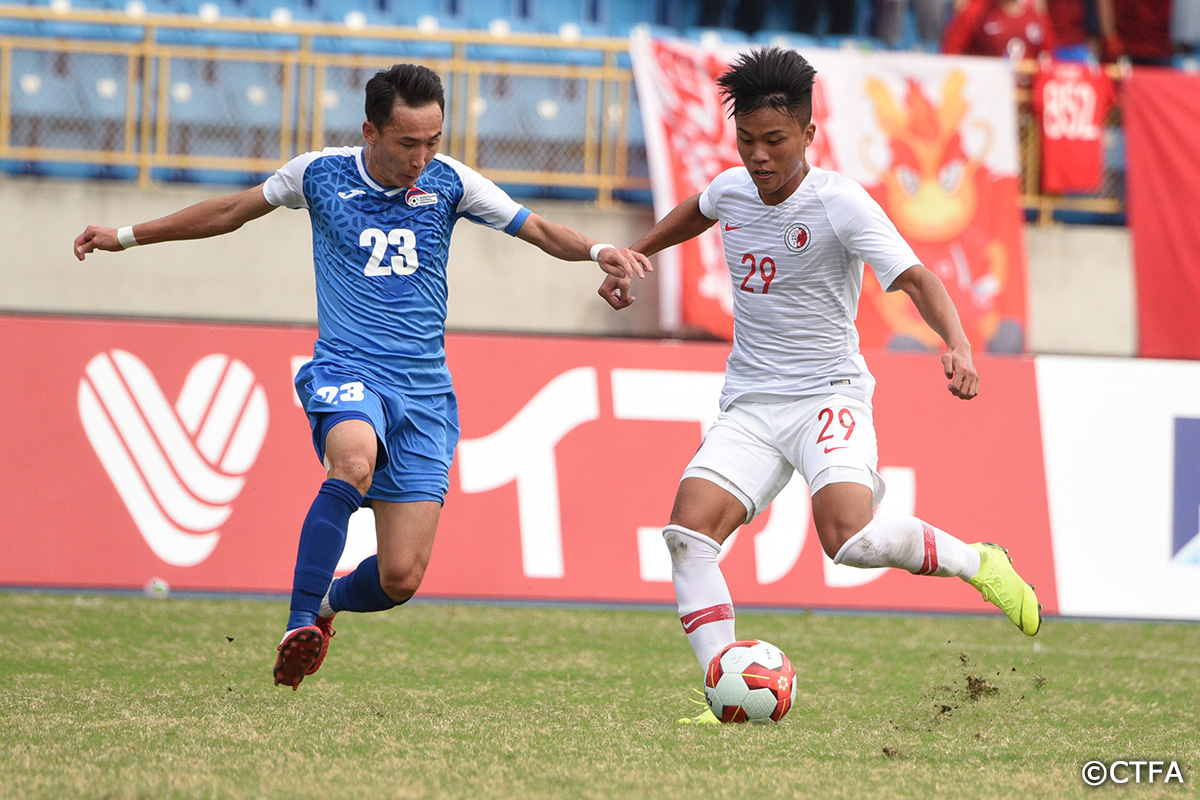 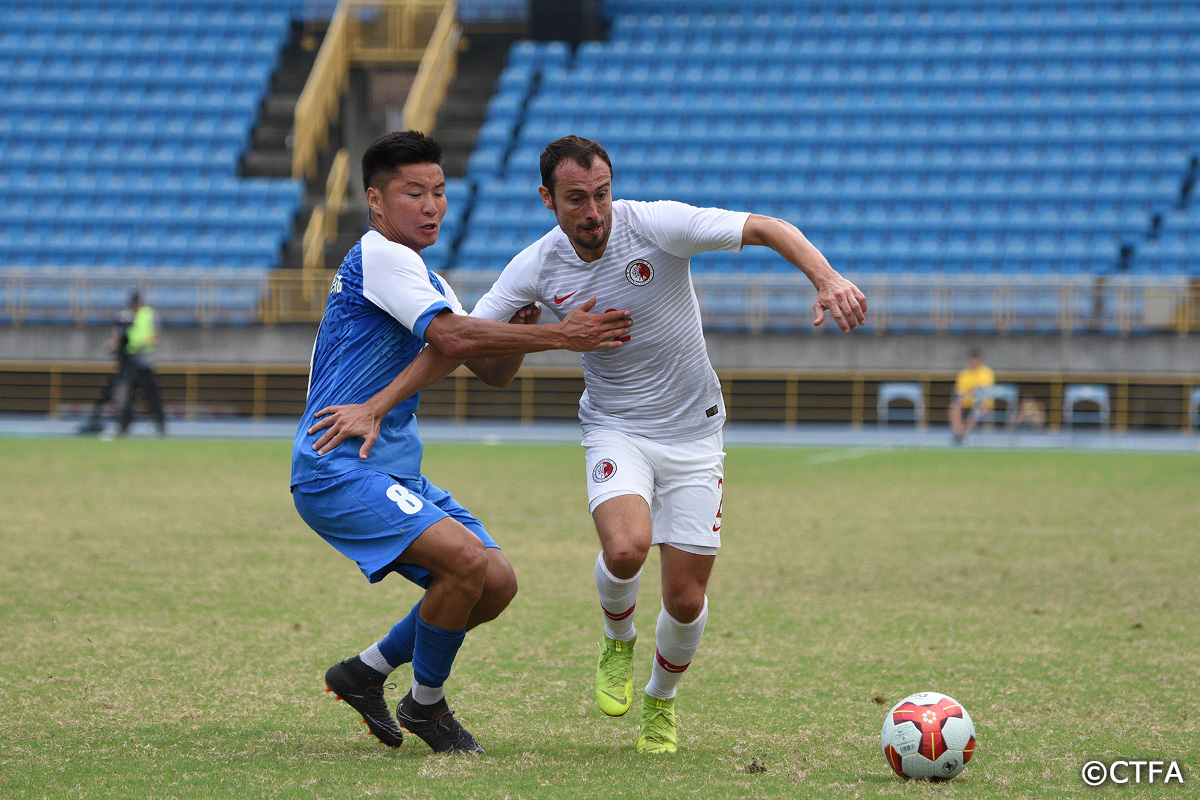 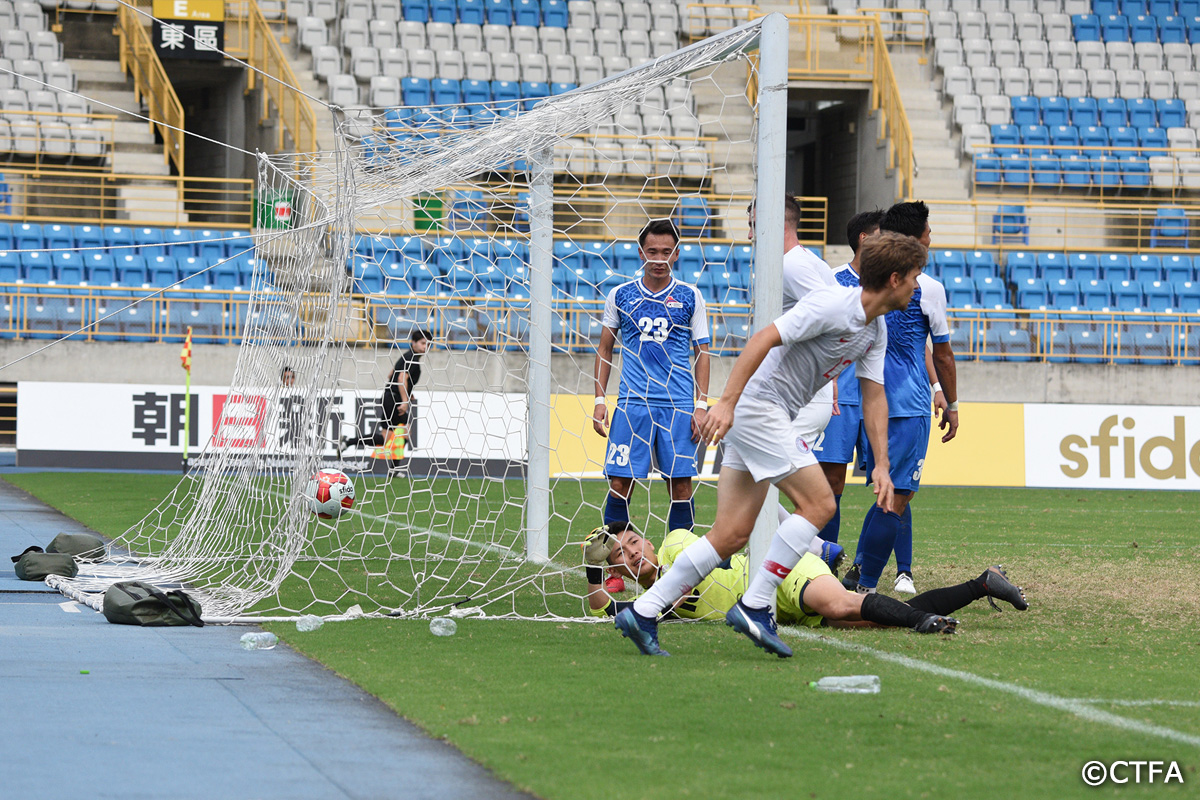 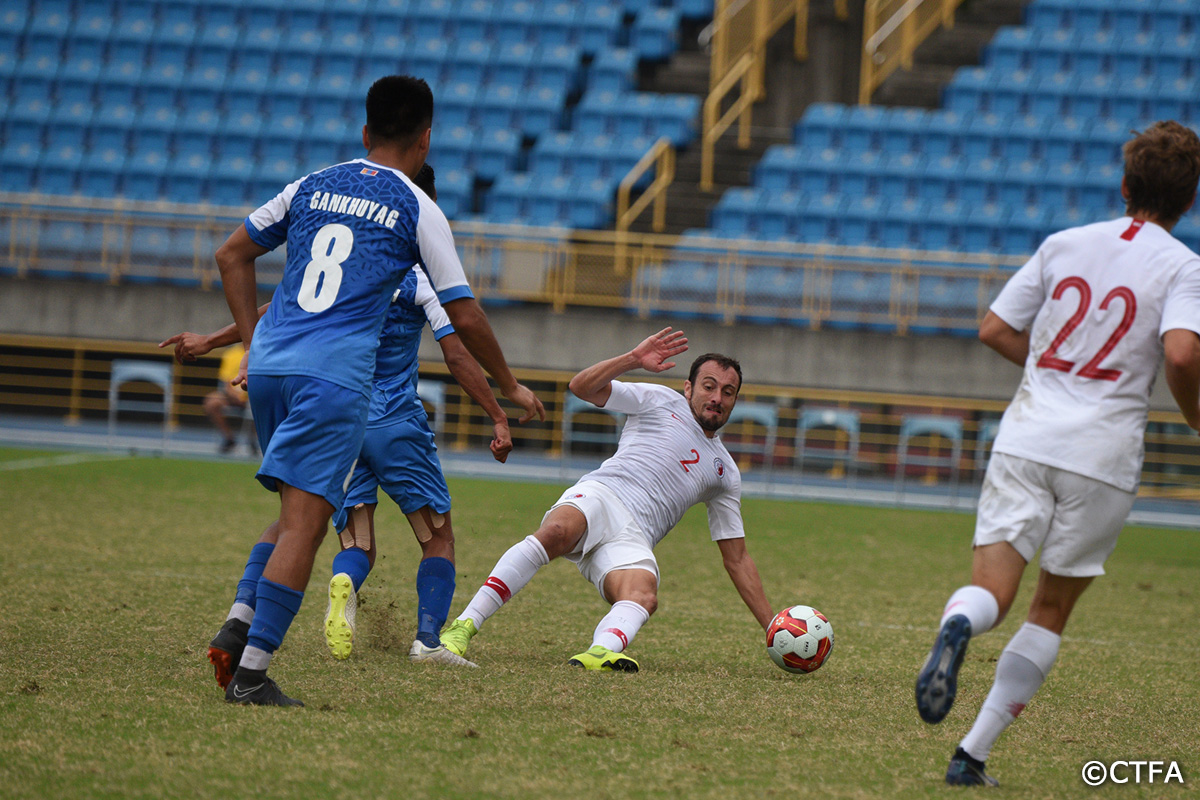 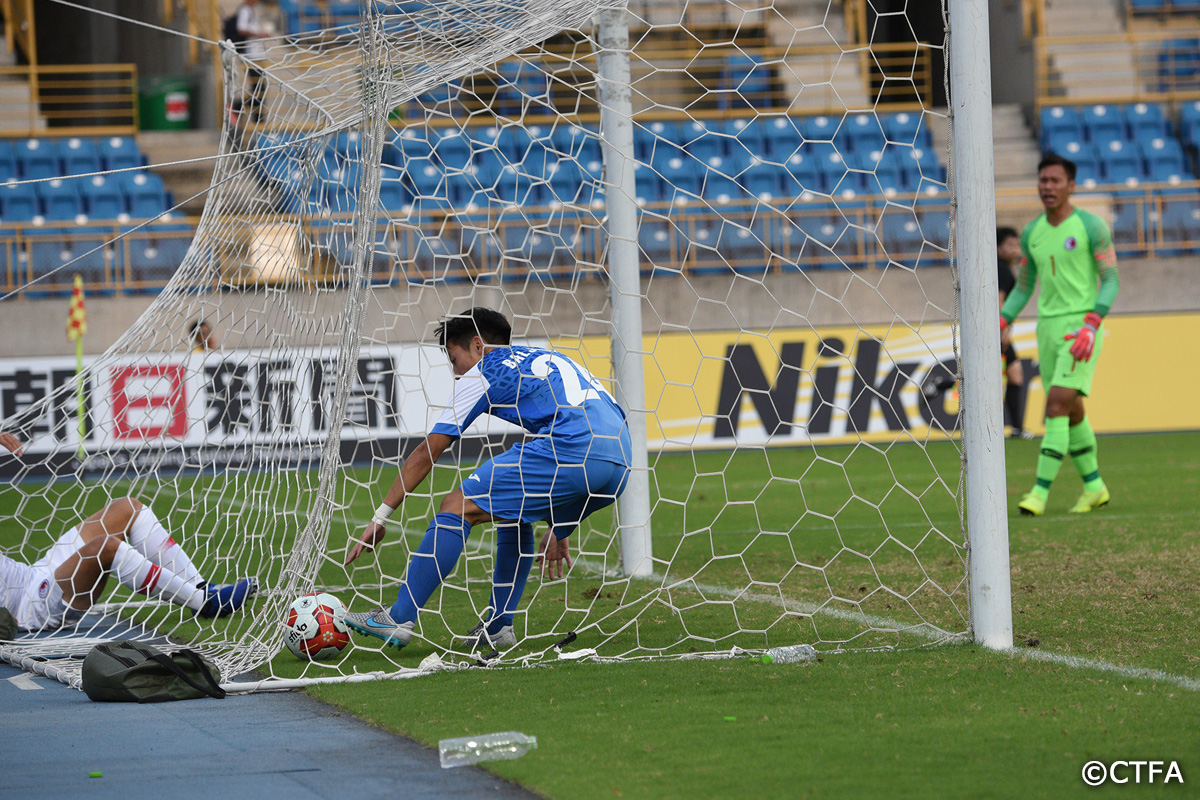 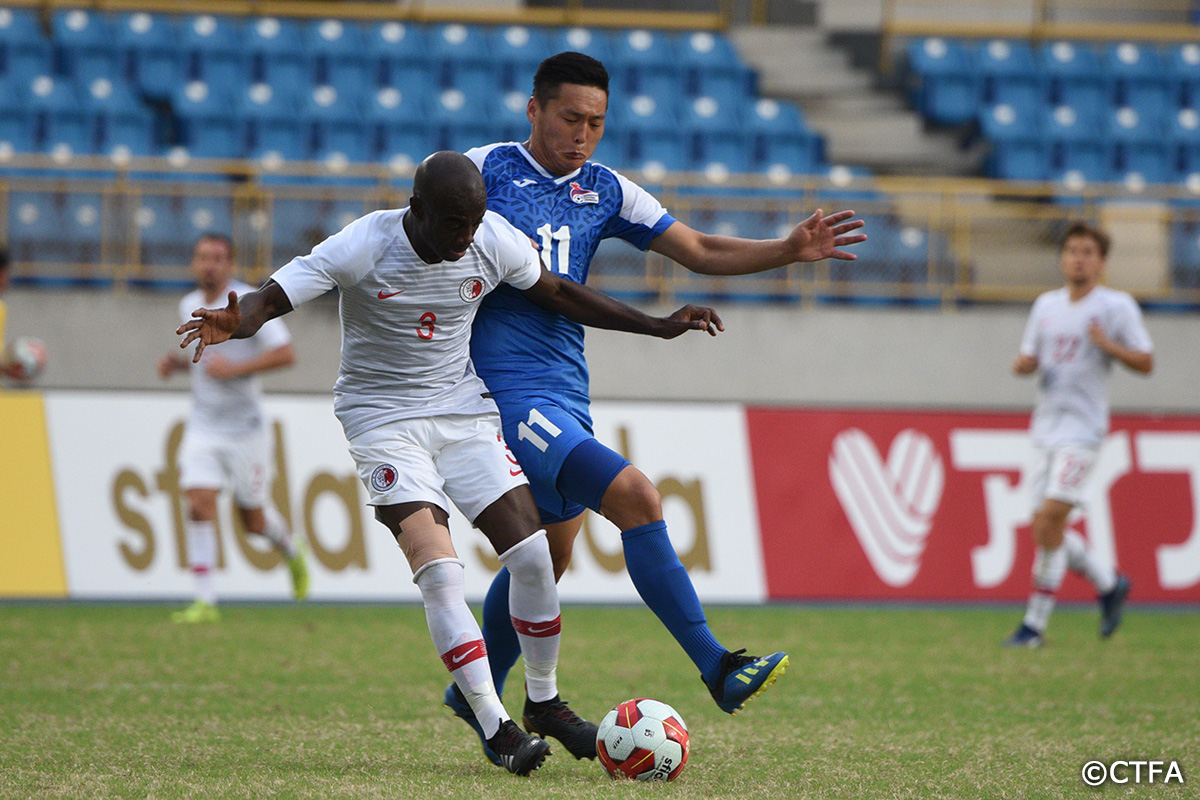 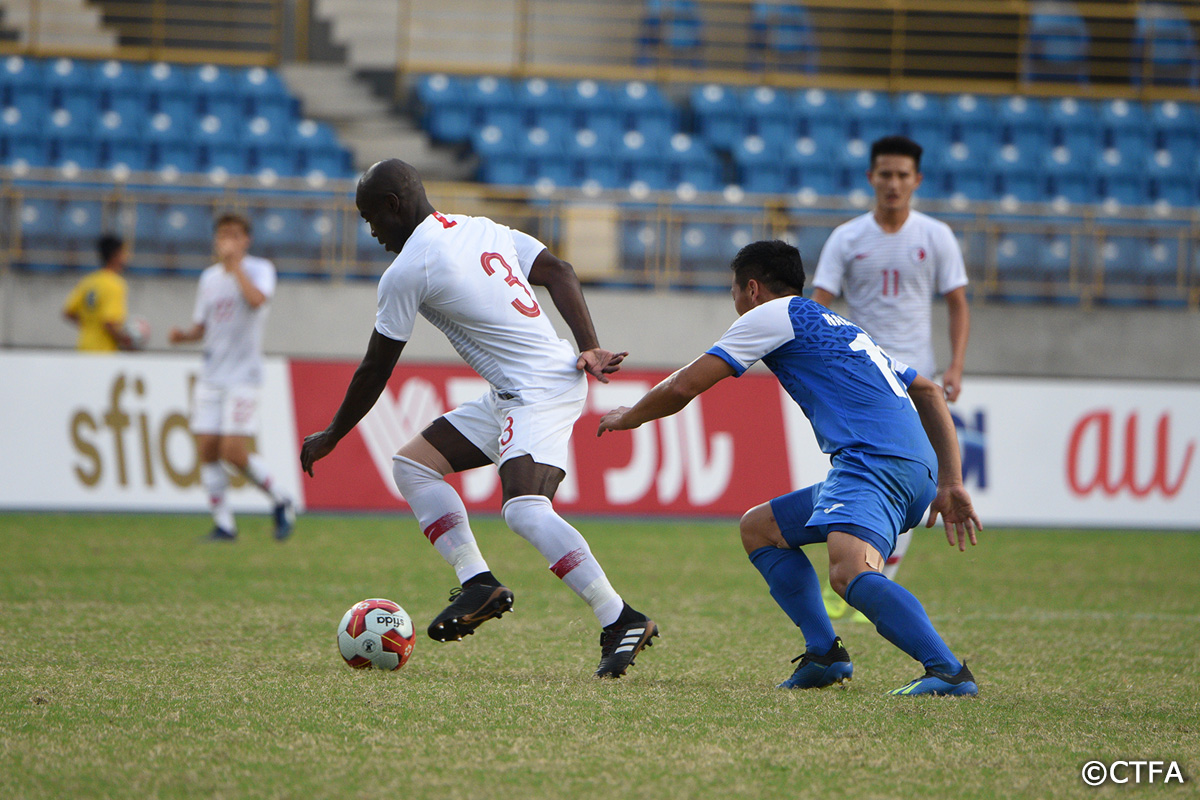 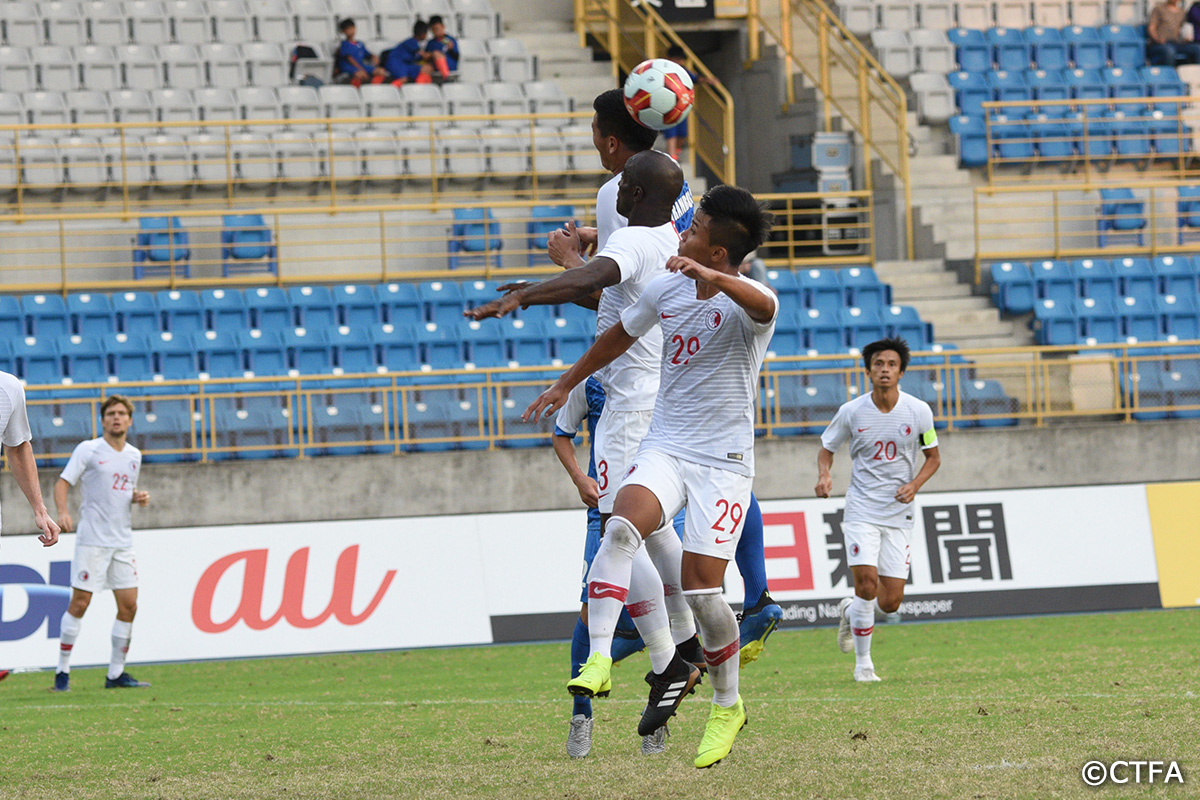 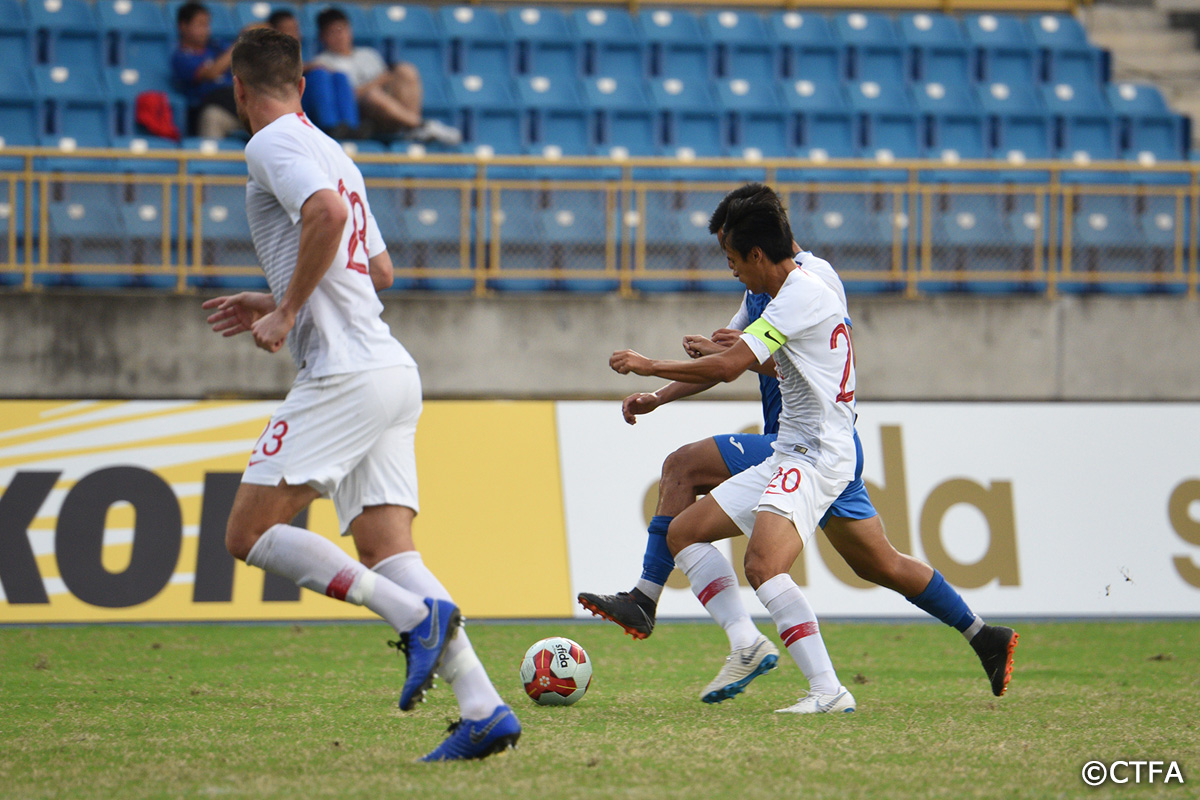 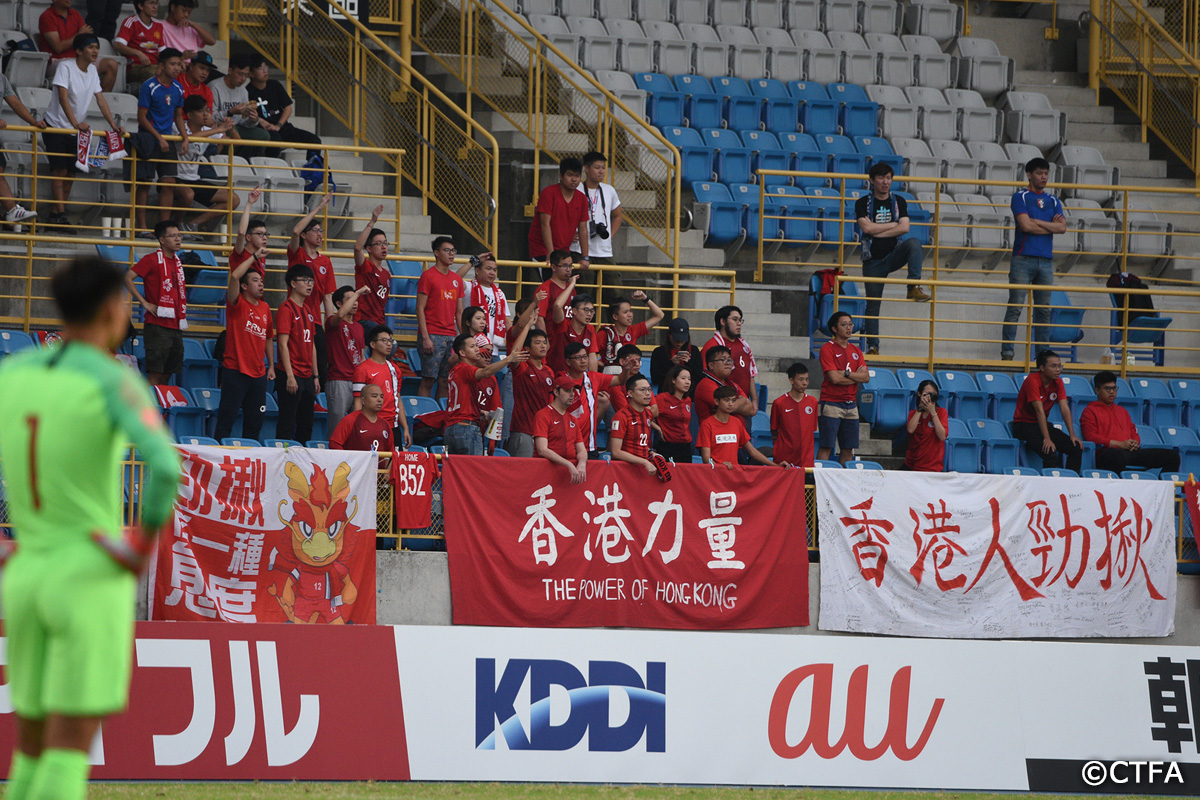 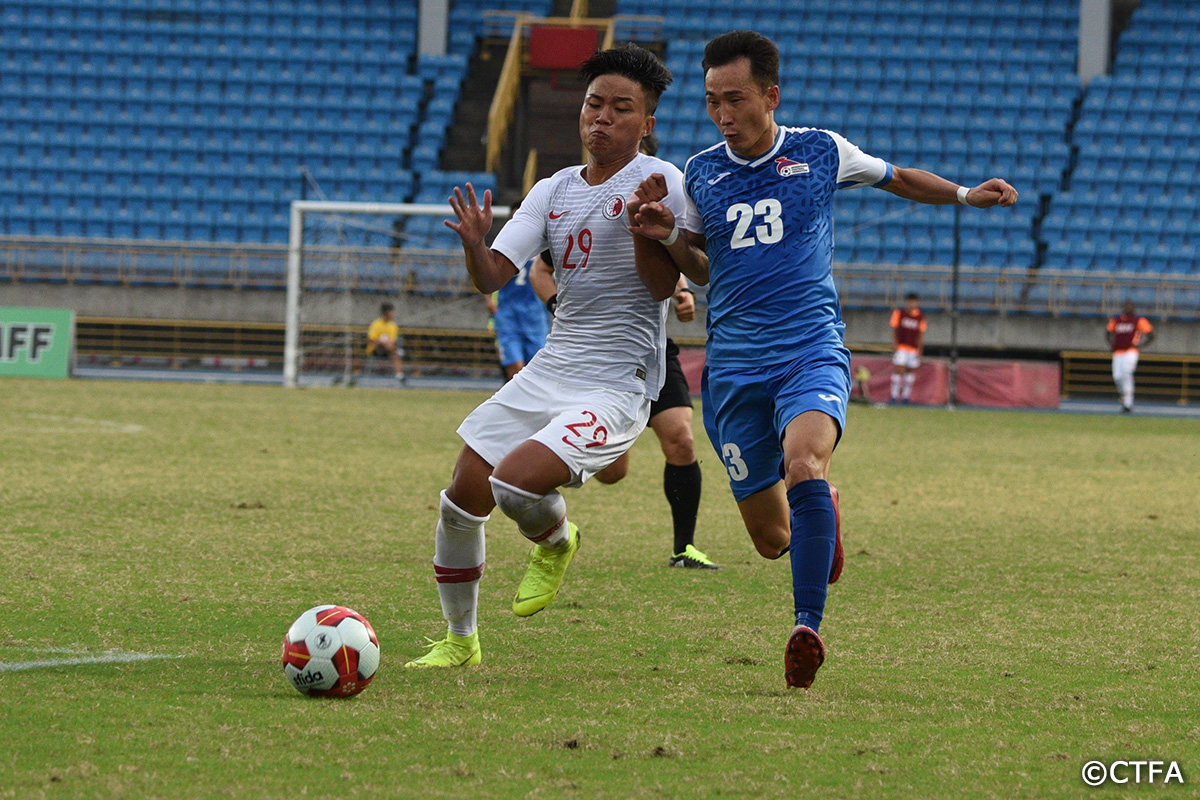 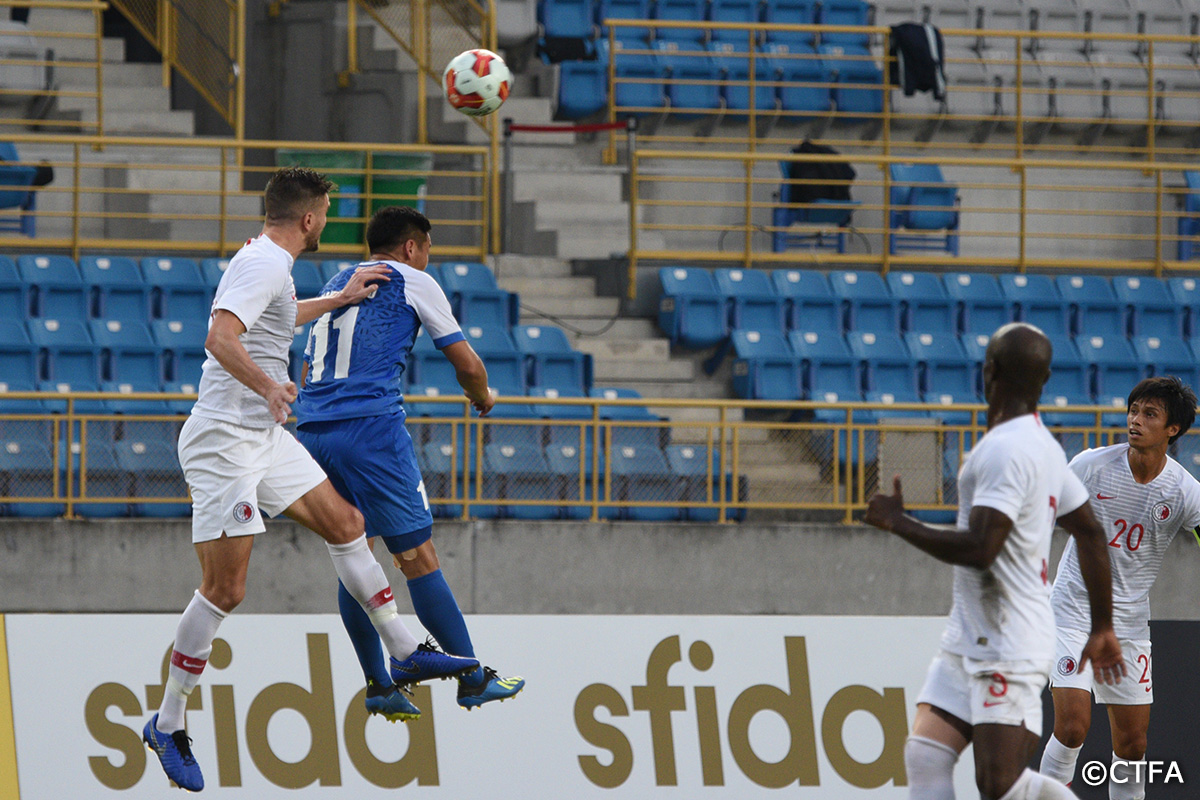 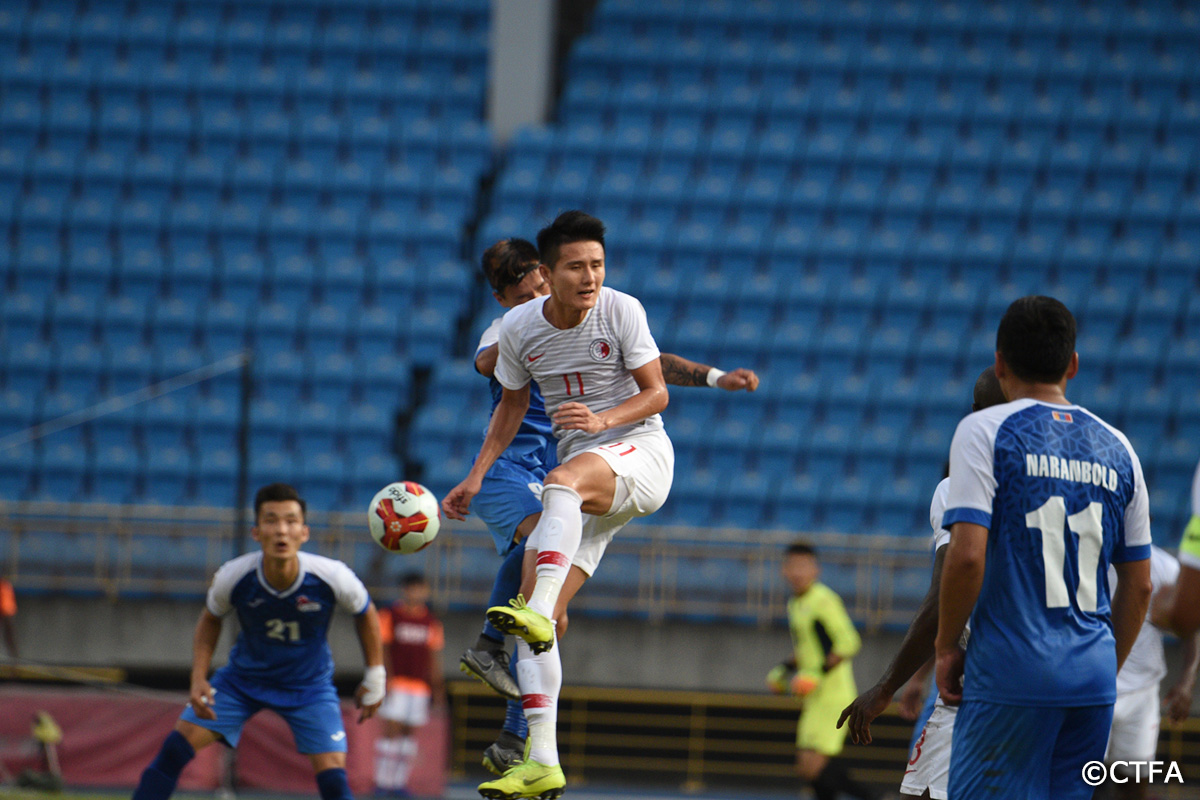 Hong Kong needed a decisive victory in order to keep alive hopes to win the tournament, and they delivered with a spectacular performance against a hard-working but less-experienced Mongolian team.

Gary White’s men started with the foot slammed on the gas, but had to wait until the 24th minute to get the lead. After wasting three previous chances, ALESSANDRO FERREIRA LEONARDO redeemed himself with a direct free kick that curved inside the far post.

Twelve minutes and several attacks later, a long cross by YANG HUANG was cleared poorly by a Mongolian defender. JAIMES ANTHONY MCKEE used his speed to take control of the loose ball and put it in the roof of the net to double Hong Kong’s lead.

Five minutes into the second half, moments after a goal scored by ALESSANDRO FERREIRA LEONARDO was called off for a foul, Mongolia counterattacked and pulled one back. A long ball well distributed by TUGULDUR MUNKH-ERDENE was flicked by BALJINNYAM BATBOLD, and NARMANDAKH ARTAG knocked it into the goal with a precise header.

Hong Kong was desperately in need of more goals and got another one in the 58th minute. WAI KEUNG CHUNG slid in a cross that ALEXANDER OLUWATAYO AKANDE was a fraction of a second too late to reach it. But ALESSANDRO FERREIRA LEONARDO came to the rescue from the far post to tap in the ball and strengthen Hong Kong’s lead.

Into the 81th minute, a dreadful back pass by ALEXANDER OLUWATAYO AKANDE set up NARANBOLD NYAM-OSOR one-on-one against HUNG FAI YAPP, but the goalkeeper made an extraordinary save to deny Mongolia a second goal.

And as it often happens in football, after a big chance wasted at one end, comes a goal at the other. Two minutes later, defender FESTUS BAISE picked up a poor clearance in the middle of the Mongolian penalty area and slotted it into the goal to bring the score to 4-1 for Hong Kong.


Mongolia Head Coach HANS MICHAEL WEISS:
“We are still very naive, again we made several avoidable mistakes, but this was our first tournament at this level.

“What frustrates me is that we showed that for part of the games we could compete at the level of more experienced opponents, but then we conceded because of lack of focus.

We now have this experience we can analyze, to help us to avoid mistakes. We have many good young players, step by step we will continue to improve.”


Mongolia 6. NARMANDAKH ARTAG:
“We must take this game and this whole tournament as an experience.”


Hong Kong Head Coach GARY JOHN WHITE:
“It was a game where we had to score a lot of goals, I think we could have scored 20, we did score only five but I am satisfied.

“To look at my players tonight… The energy and the passion… It was great. We did all we could, now we wait the next game [between Chinese Taipei and DPR Korea] and see what happens.

“We have a very full schedule for next year anyway, but it would be great if it will include the final of the EAFF tournament.”


Hong Kong 10. ALESSANDRO FERREIRA LEONARDO:
“I am very happy with our game tonight, I hope Taipei can help us out in the next match and we can win the tournament.”