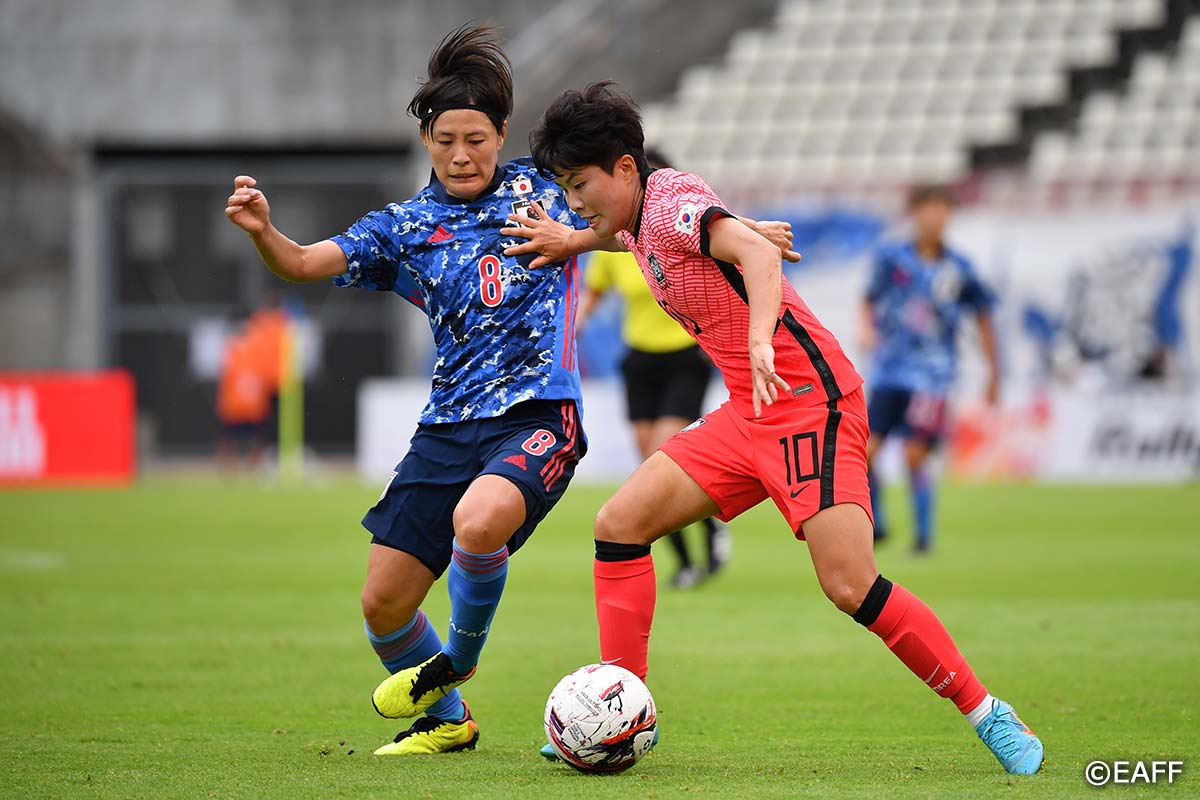 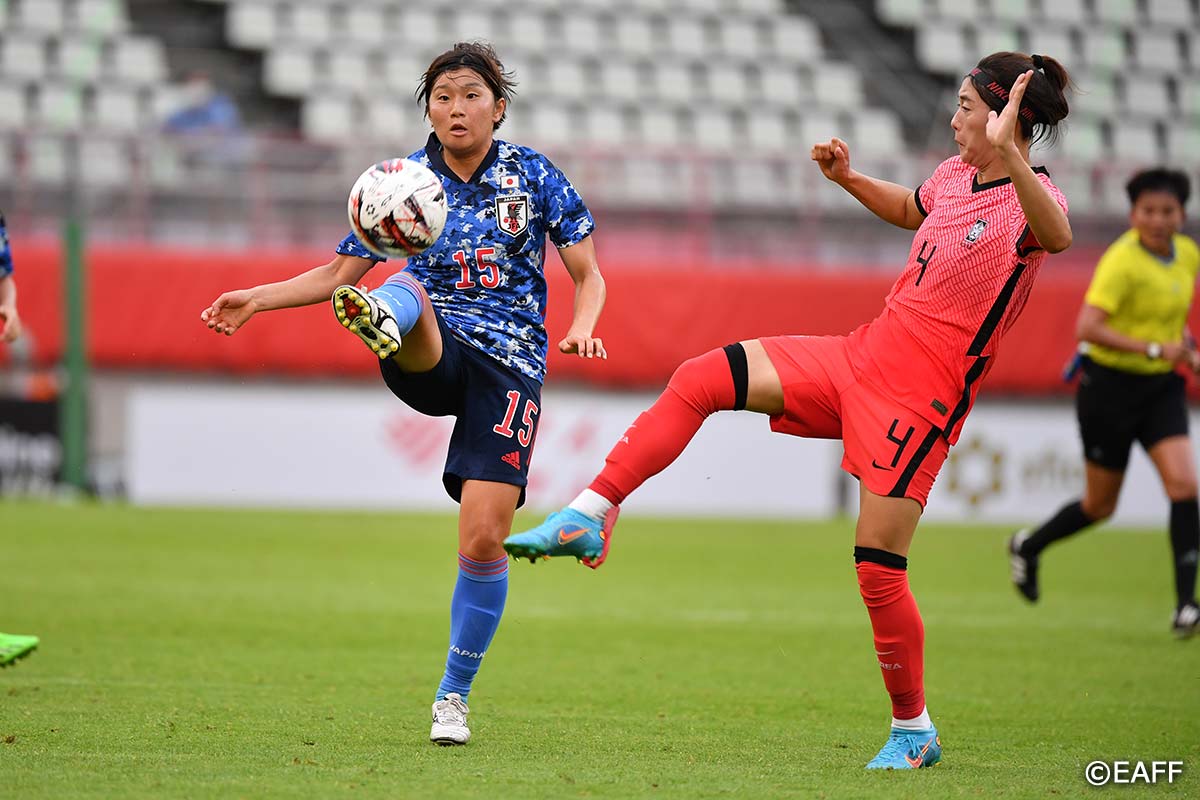 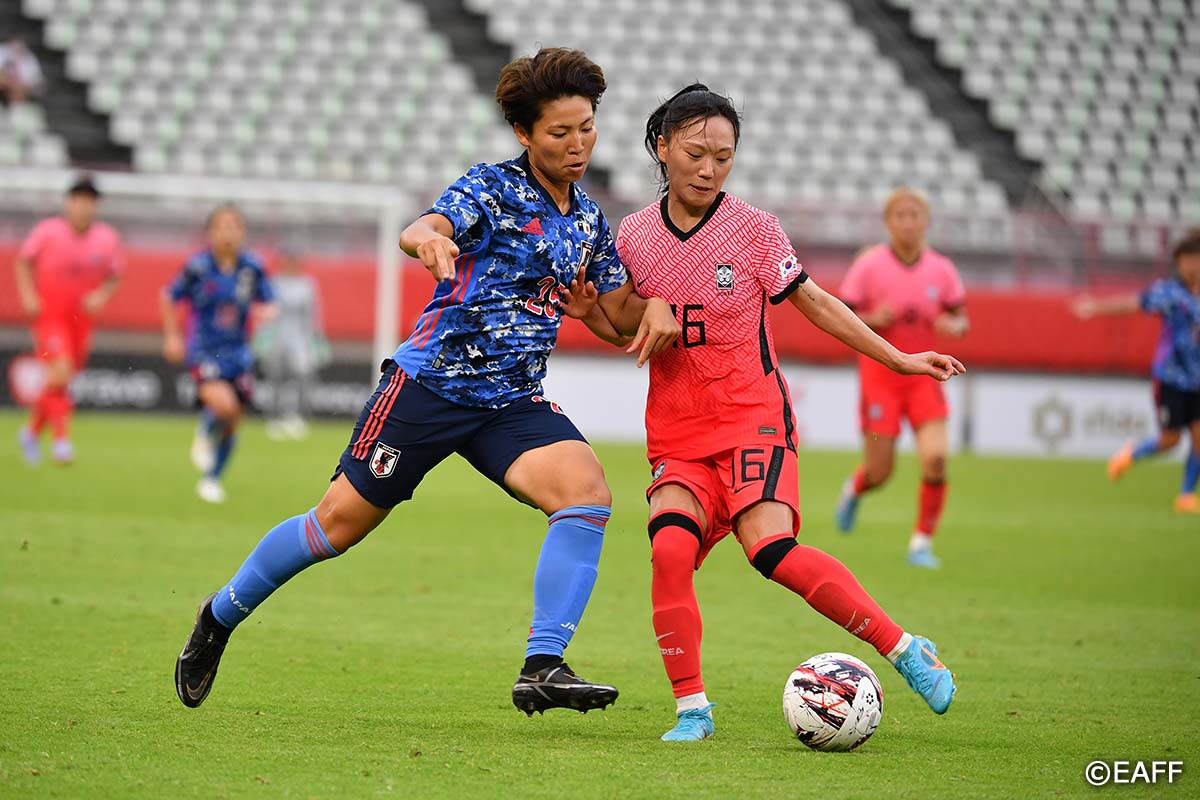 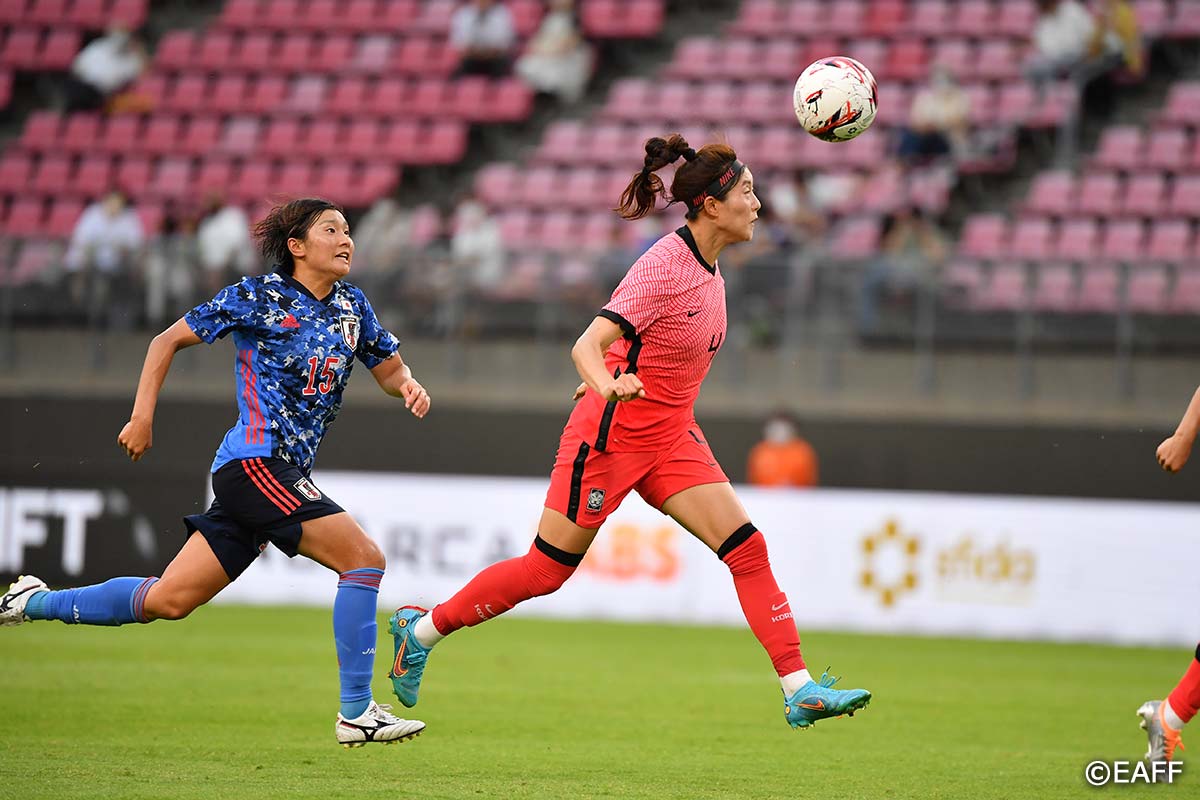 The opening match of the EAFF E-1 FOOTBALL CHAMPIONSHIP 2022 FINAL JAPAN between the Japan women's team and Korea Rep. was held July 19th at Kashima Soccer Stadium in Kashima, Japan.
Right at the start, Korea Rep. received a free-kick opportunity in the 2nd minute near the penalty area, but was stopped by Japan's defense.
In the 11th minute, HAYASHI Honoka took a shot from the penalty arc, but was stopped by Korea Rep. goalkeeper KIM Jung Mi’s excellent save. A minute later, HAYASHI Honoka received a corner kick and attempted another mid-range shot, but once again KIM Jung Mi came up with the save.
In the 18th minute, CHOO Hyojoo attempted to dribble to the right of the penalty area, but was surrounded by multiple Japanese defenders and cleared by MIYAZAWA Hinata.
In the 22nd minute, SHIMIZU Risa sailed a pass to the right of the penalty area to UEKI Riko, but the attack was halted once again by a save from KIM Jung Mi.
Despite falling short in their first few attempts, Japan pressed their attack. In the 33rd minute, NAOMOTO Hikaru sent a pass the right side of the penalty area, but the ball bounced to two Korean players. NARUMIYA Yui trapped and passed the ball back to MIYAZAWA Hinata, who finally scored to make it 1-0.

But Korea Rep. had a whole other half to catch up. Japan substitute SUGITA Ami attempted a pass into the penalty area for UEKI Riko, but once again Korea Rep. goalkeeper KIM Jung Mi shut down the Japan team’s attack.
In the 59th minute, Forward CHOO Hyojoo attacked from the right side of the penalty area, drawing Japan defenders off of midfielder JI Soyun, who put a shot on goal to tie the game 1-1.
Japan didn’t let the sudden turn rattle them--2 minutes later, UEKI Riko rushed the penalty area and sent the ball back to Midfielder NAGANO Fuka, who scored Japan's second goal to put her team ahead 2-1.
Korea Rep. continued to press hard. In the 80th minute, CHO So Hyun took a shot from the center of the penalty area, but the ball hit the crossbar.
Though they never gave up, Korea Rep. was shut down by an excellent Japan defense, and the game ended in a 2-1 victory for Japan.