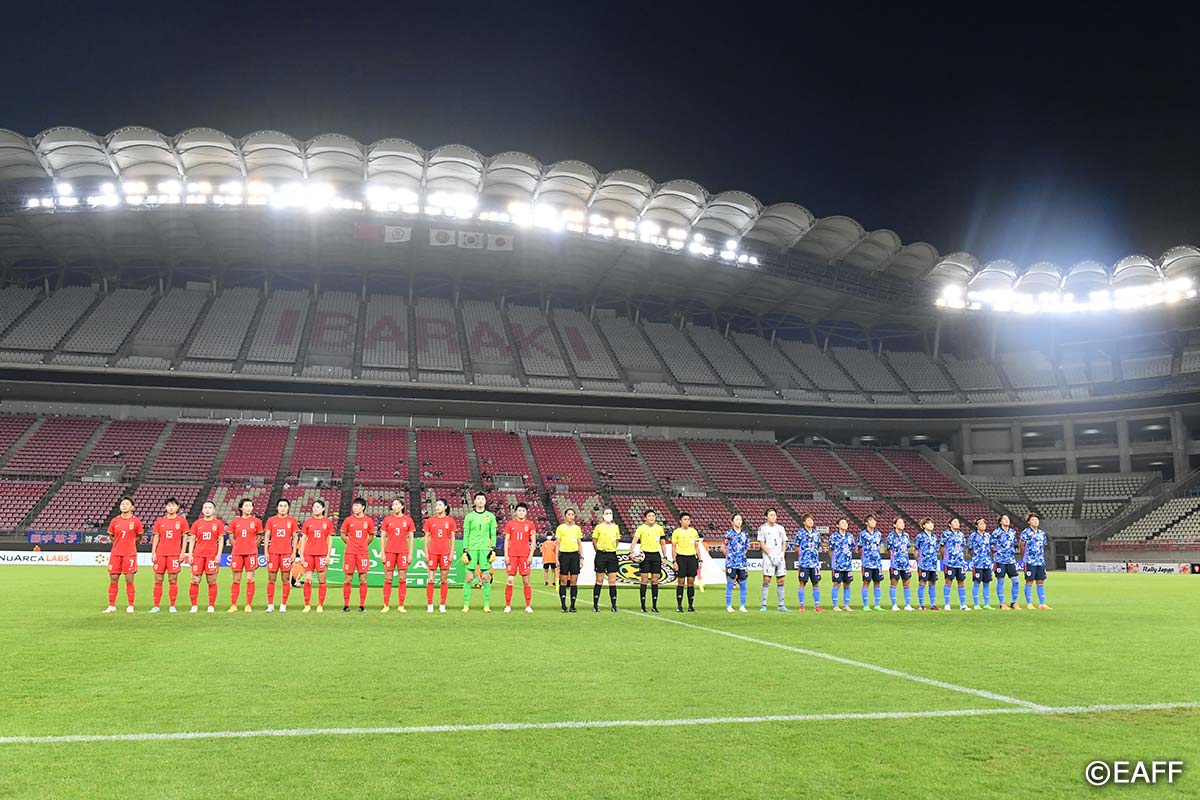 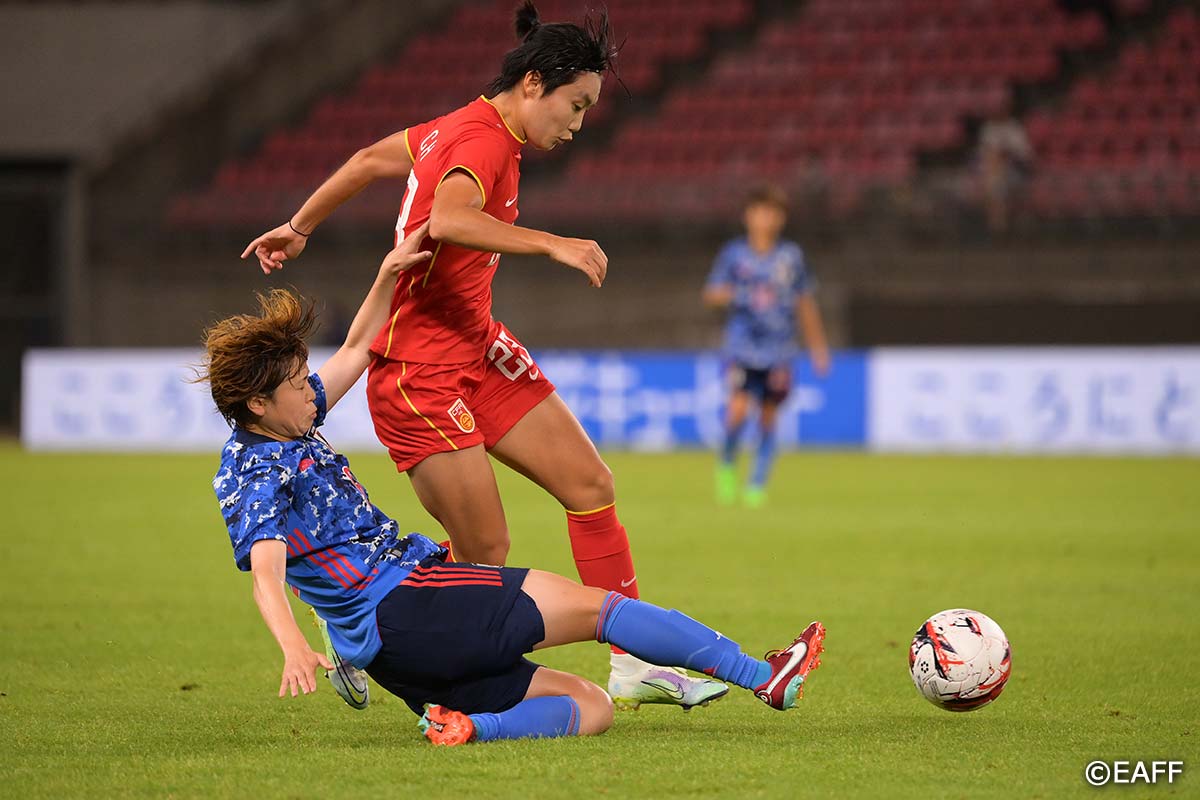 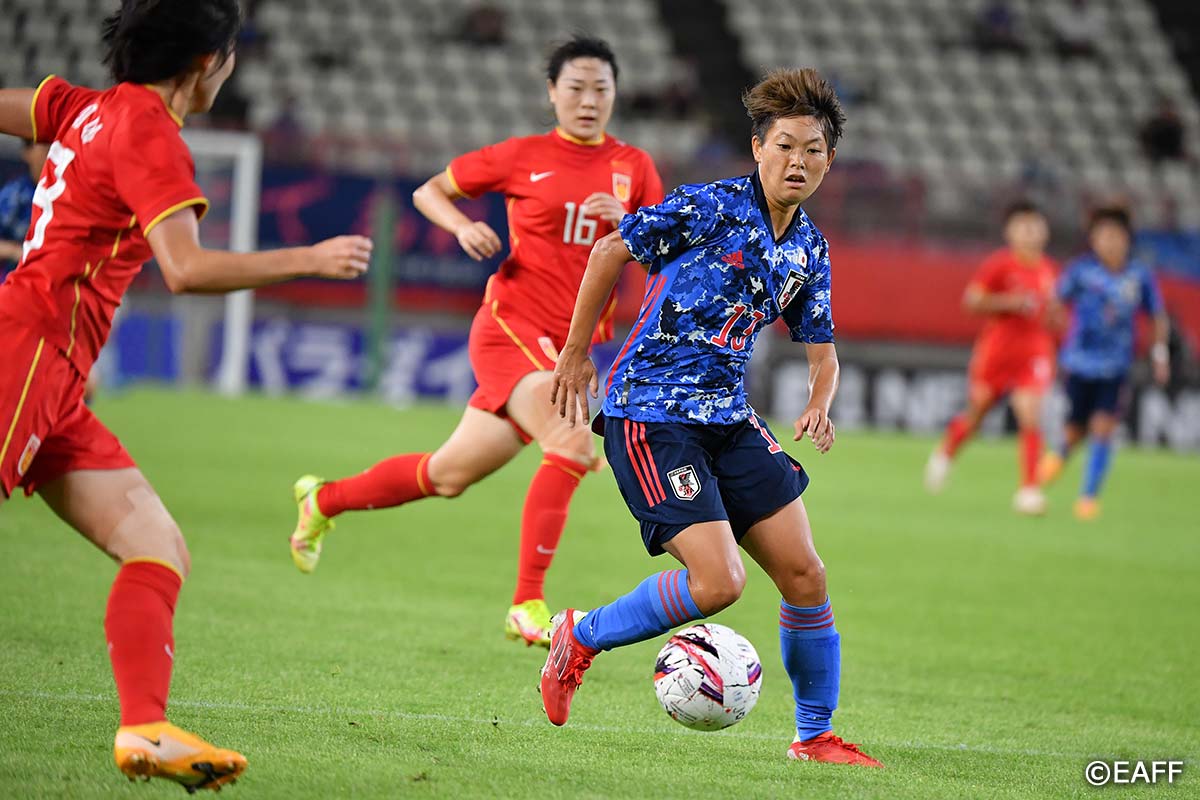 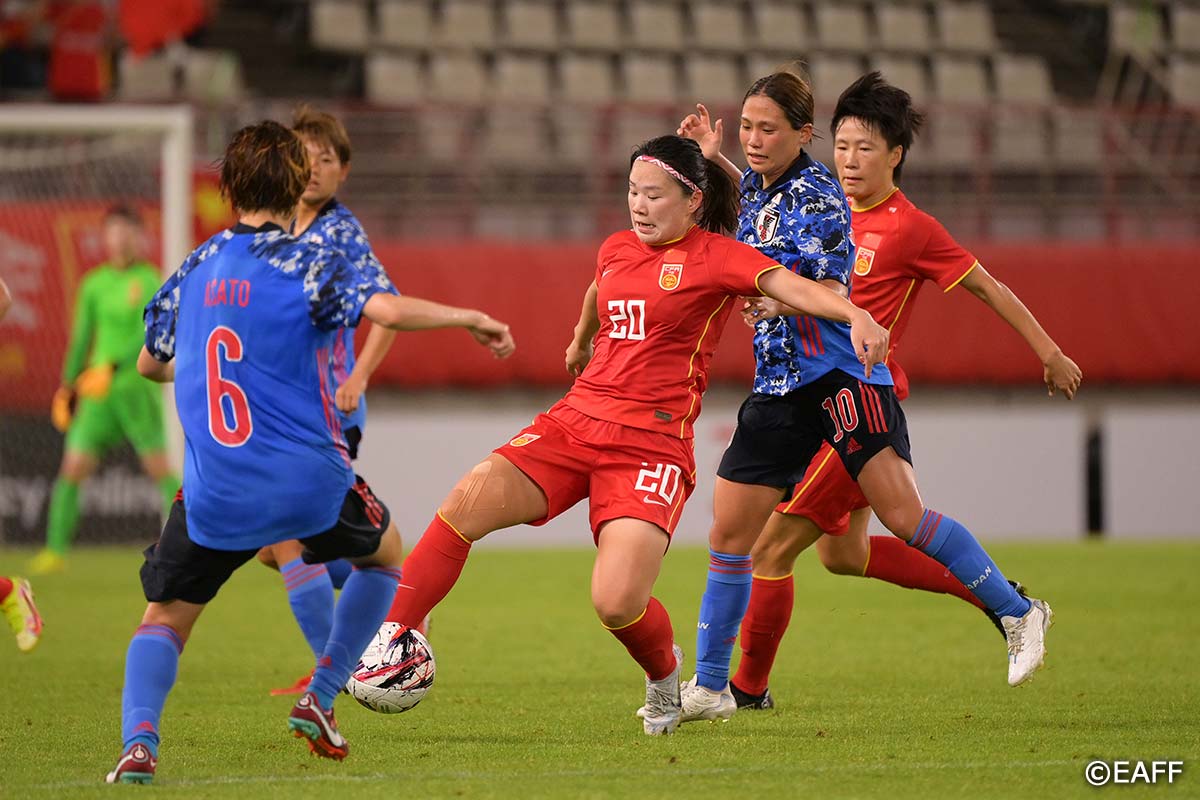 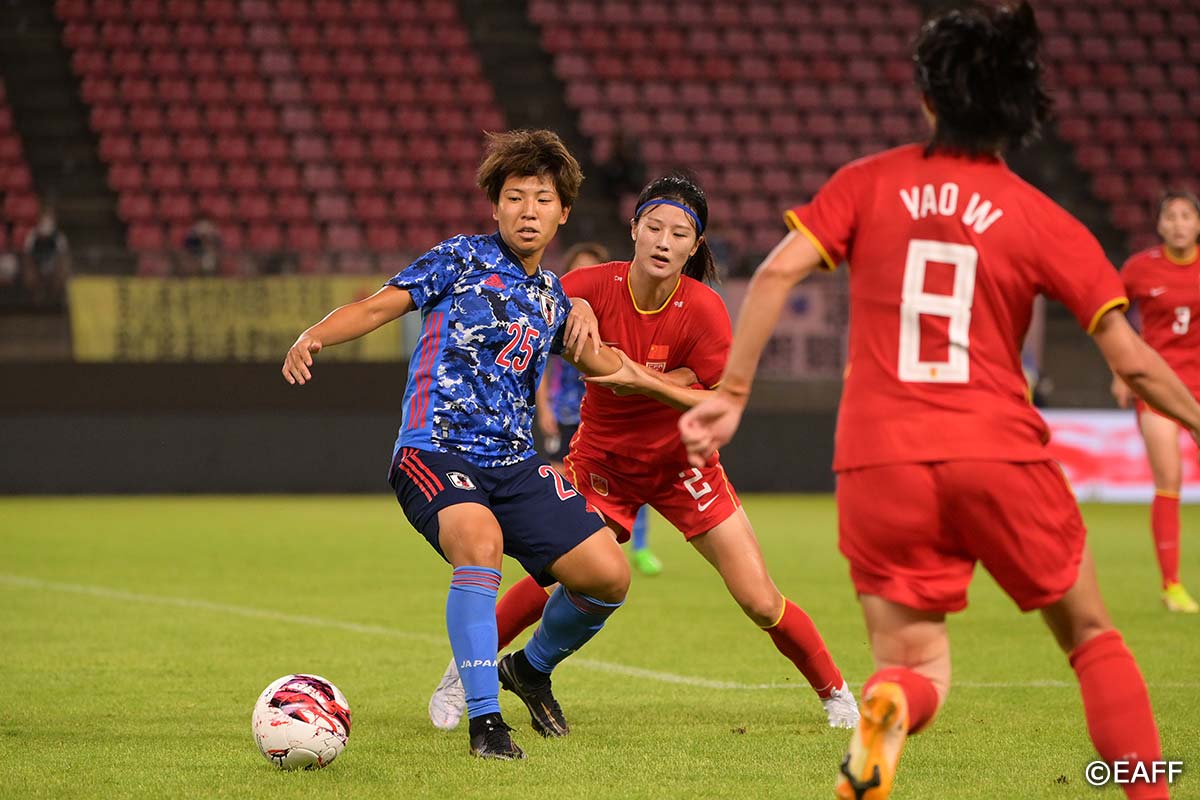 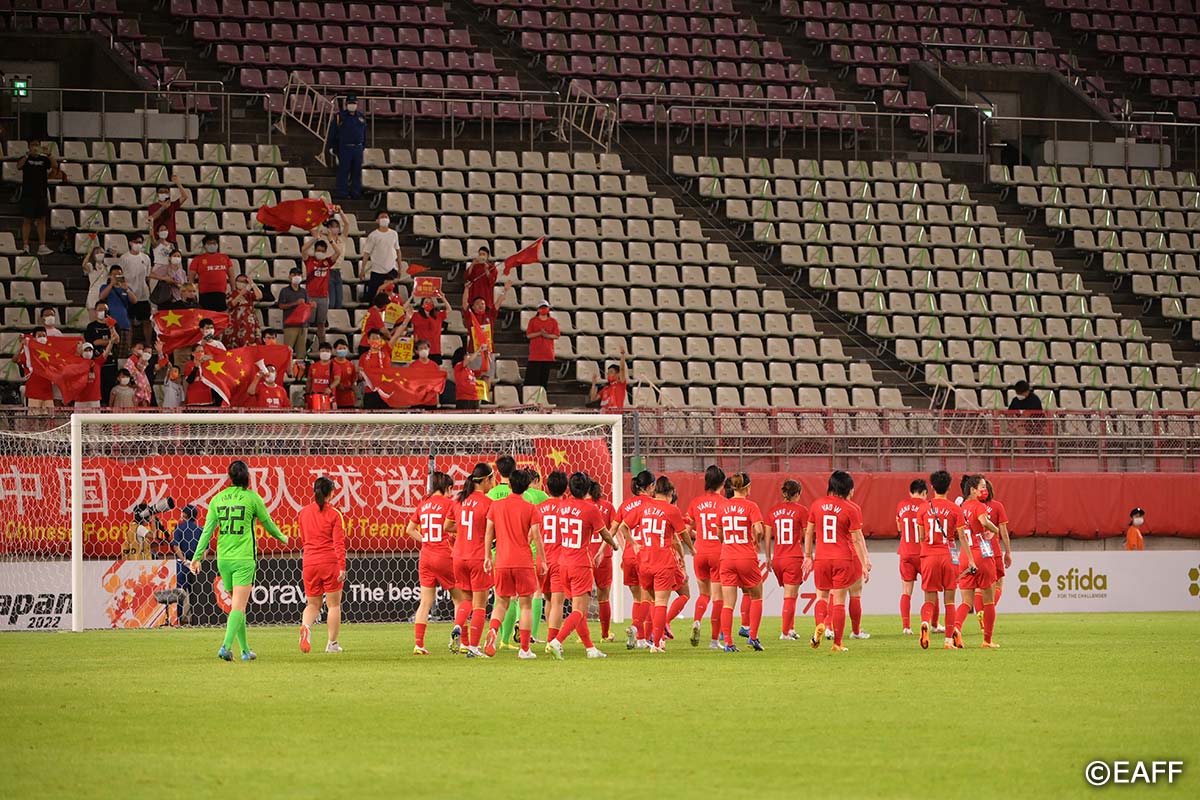 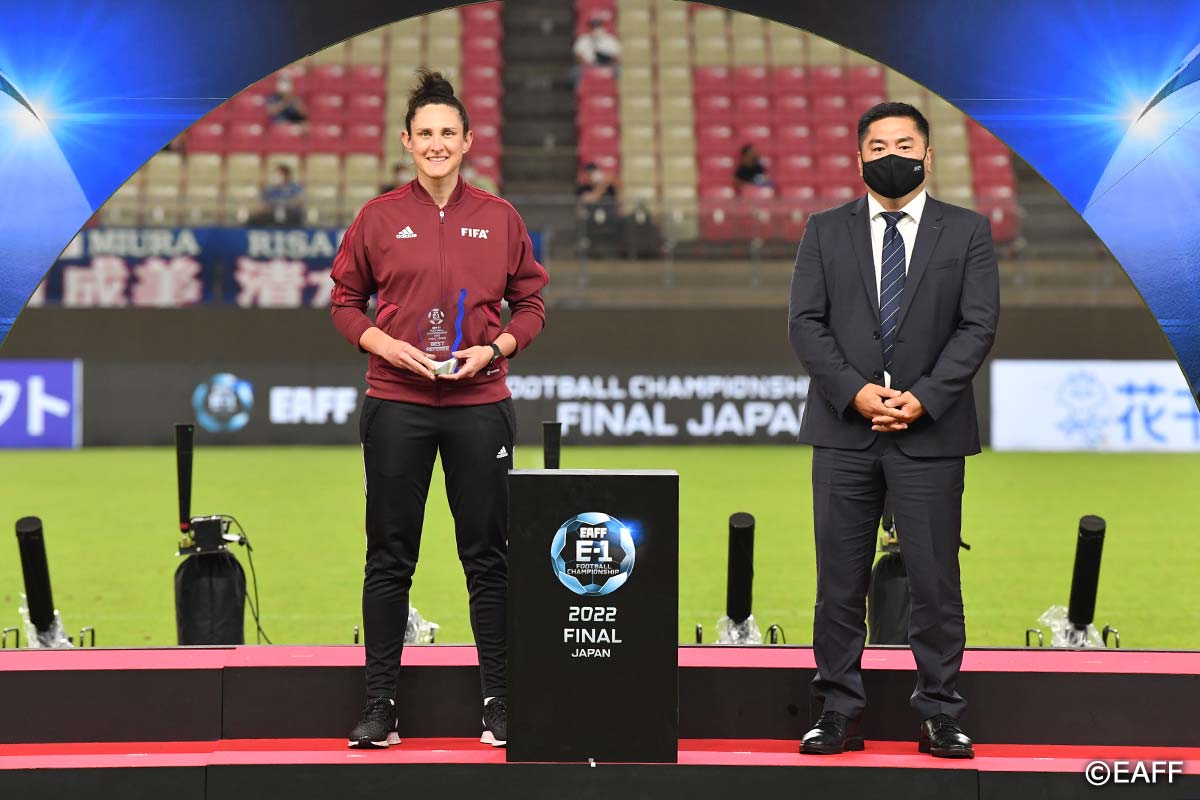 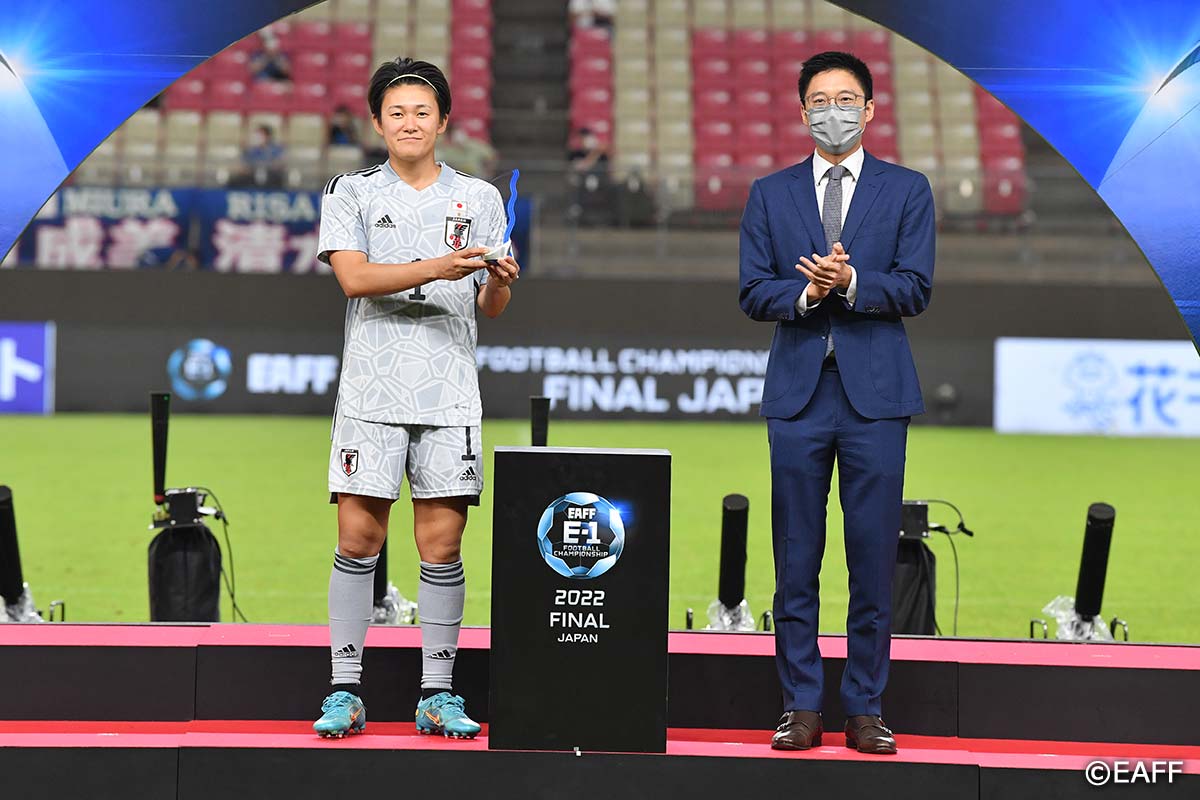 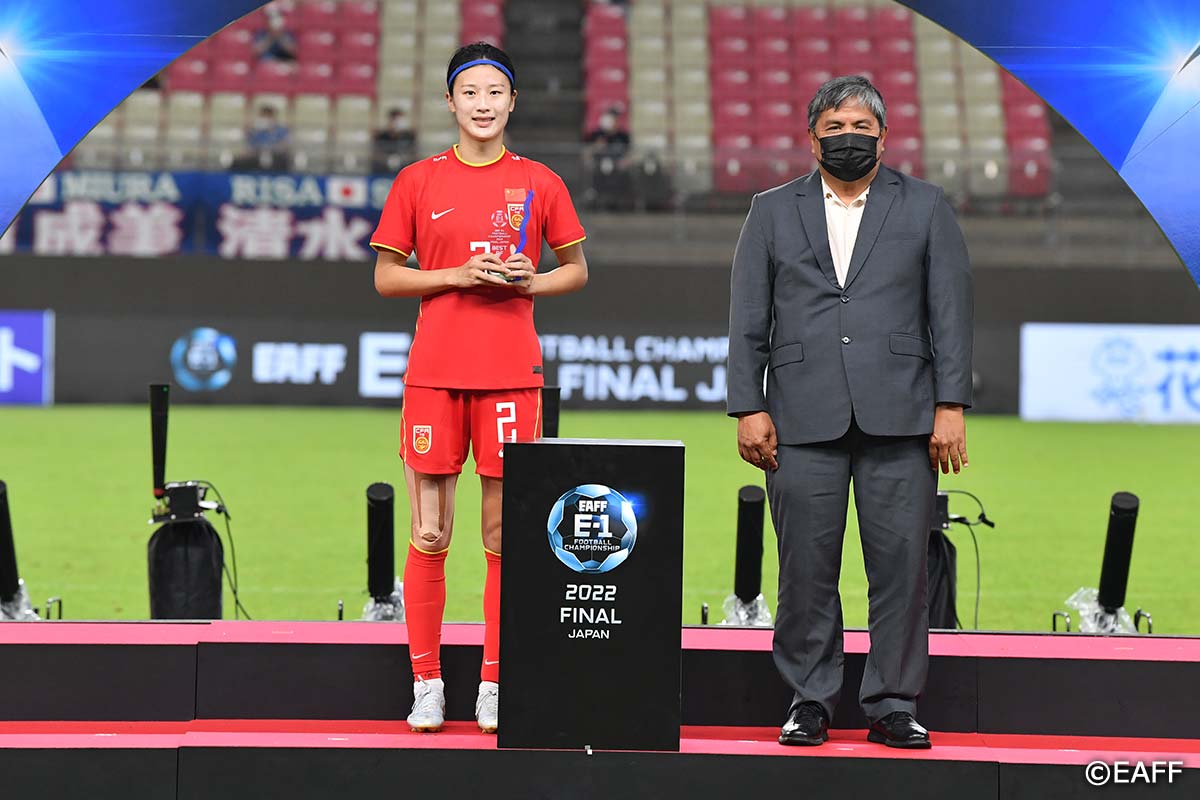 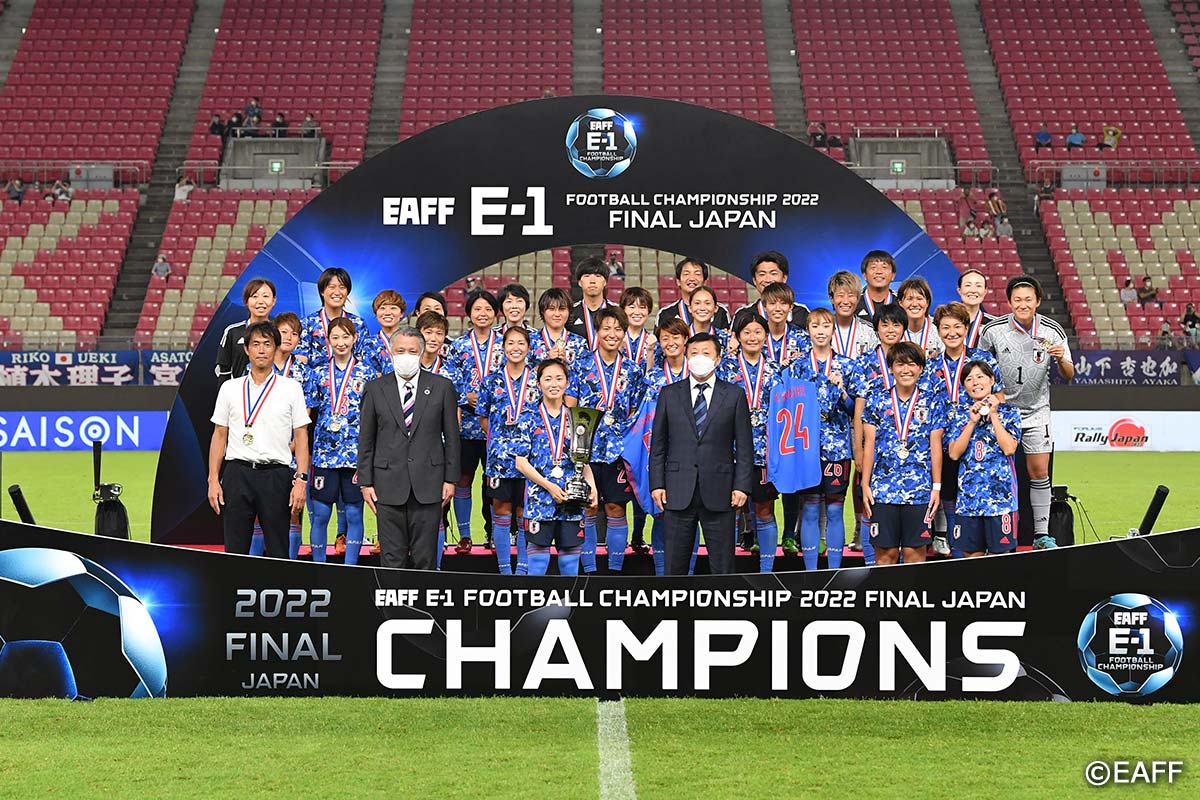 China PR pressed their attack from the start, but faced a several Japanese counterattacks. CHIBA REMINA's shot in the 8th minute and MIYAZAWA HINATA's shot in the 11th minute were both just outside of the goalpost.

In the 21st minute, NAGANO FUKA fired off a shot from near the penalty area, but the ball flew over the crossbar.

In the 33rd minute, INOUE AYAKA took a mid-long shot from near the penalty area, but China PR goalkeeper ZHU YU made the save.

China PR had a low possession rate, but they were still able to find offensive opportunities. In the 44th minute, WANG SHANSHAN brought the ball near the goal and passed it to her teammate, but was stopped by goalkeeper YAMASHITA AYAKA. The first half ended with no score.

Japan strengthened their attack in the second half. In the 51st minute, UEKI RIKO's shot from near the penalty area hit the crossbar.

The game went back and forth for the next 20 minutes. NARUMIYA YUI had a good opportunity on the right side in the 75th minute, but the ball went out to the left of the goalpost.

Substitute SEIKE KIKO made a shot from a difficult angle near the baseline in the 86th minute, but was blocked by China PR goalkeeper ZHU YU. This game ended in a tie, but Japan had accumulated enough points in their games to win the tournament.