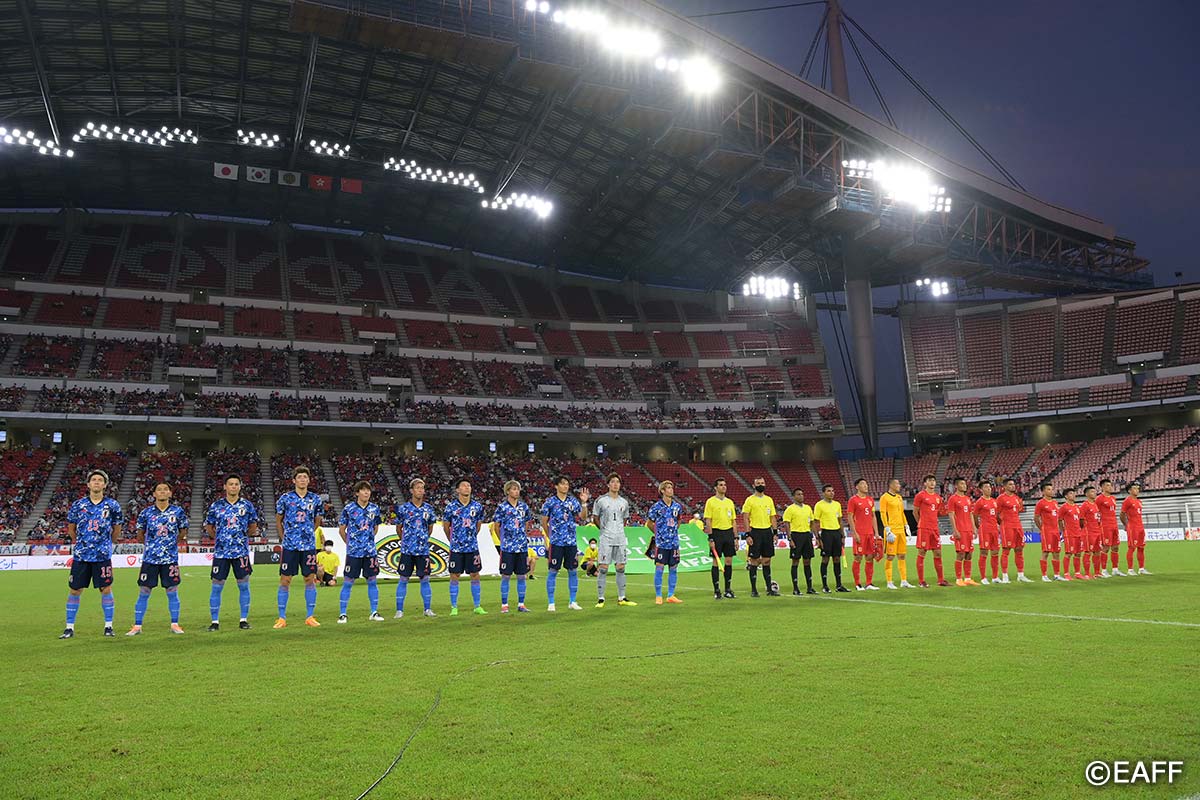 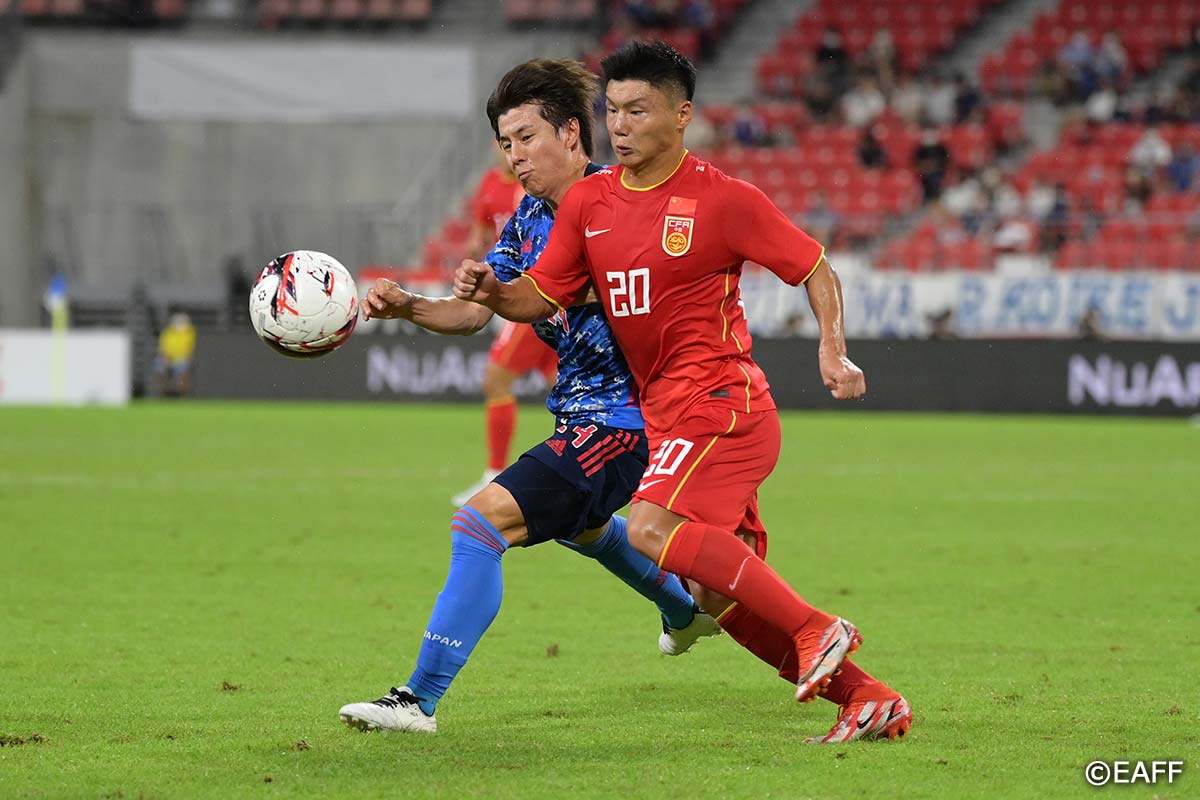 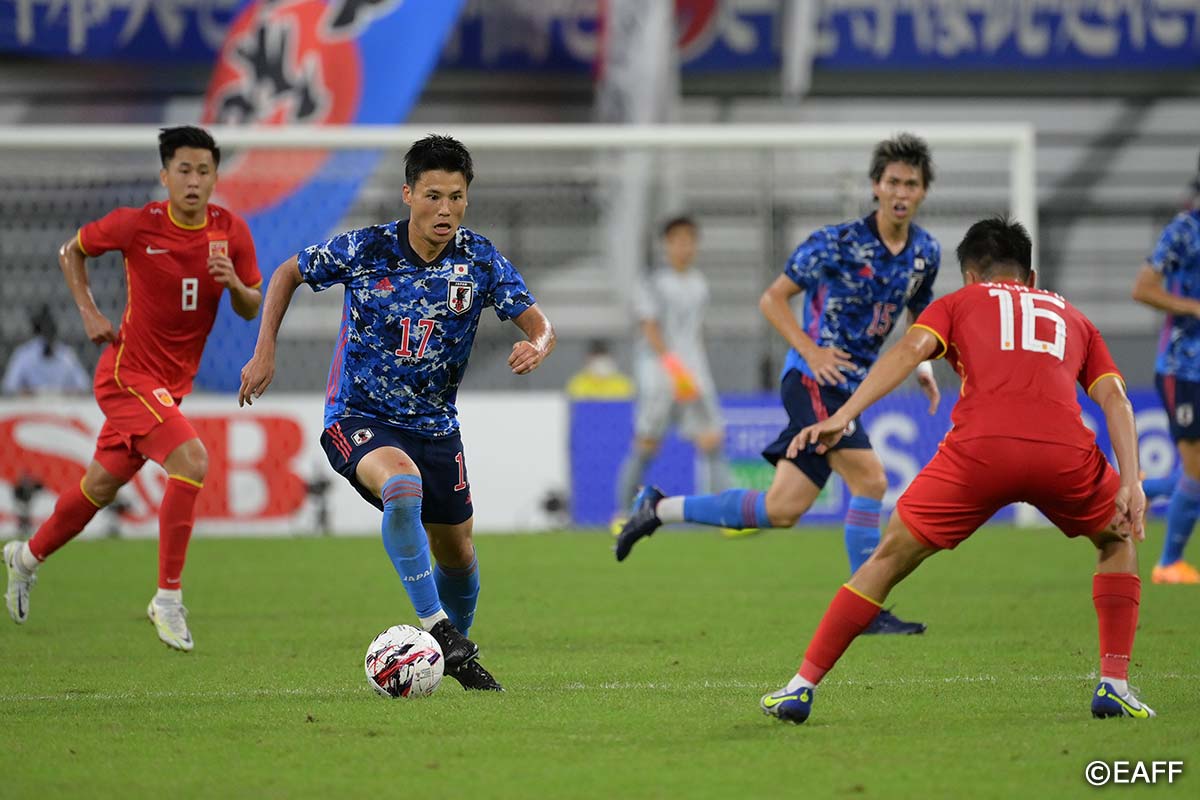 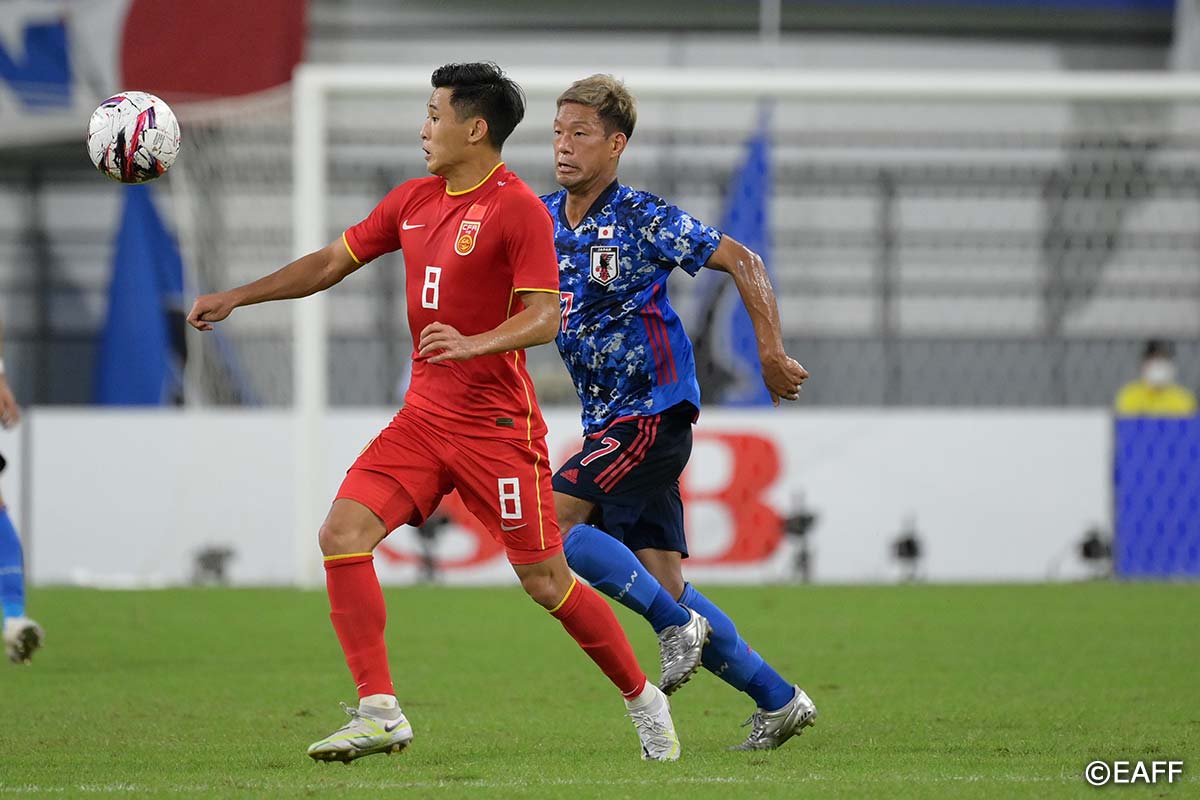 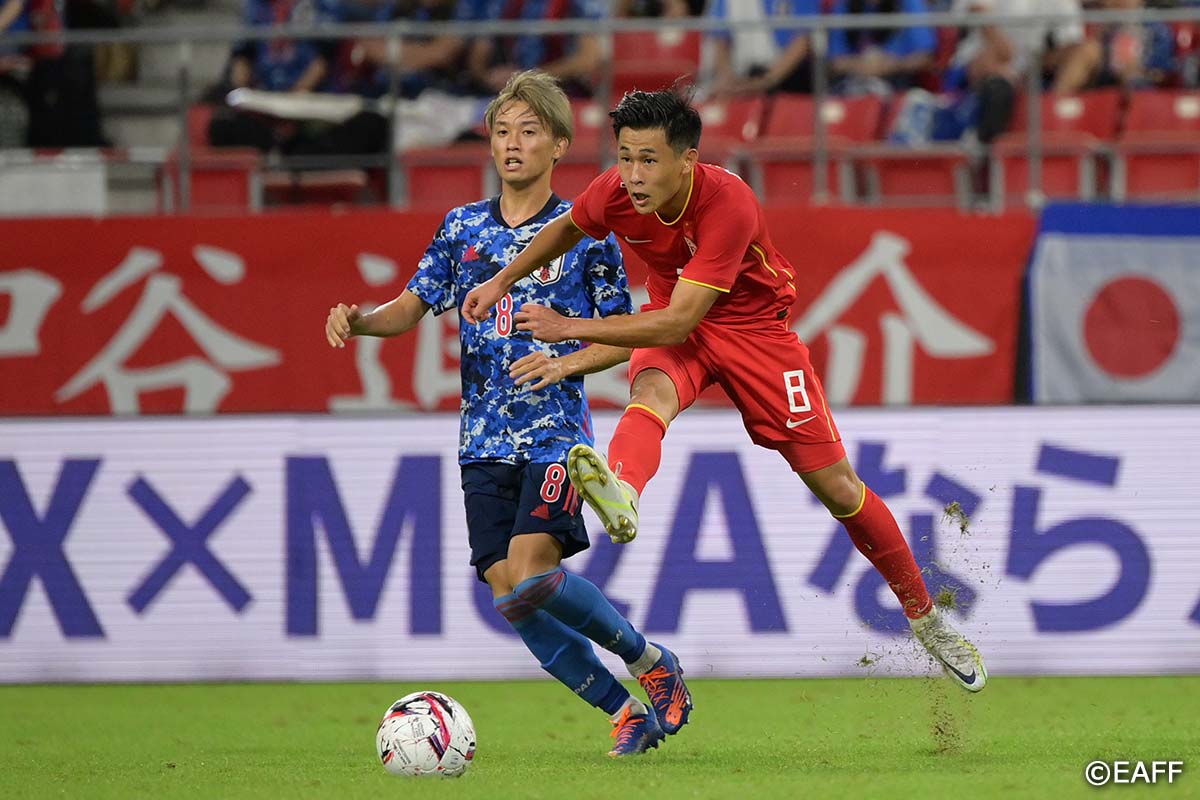 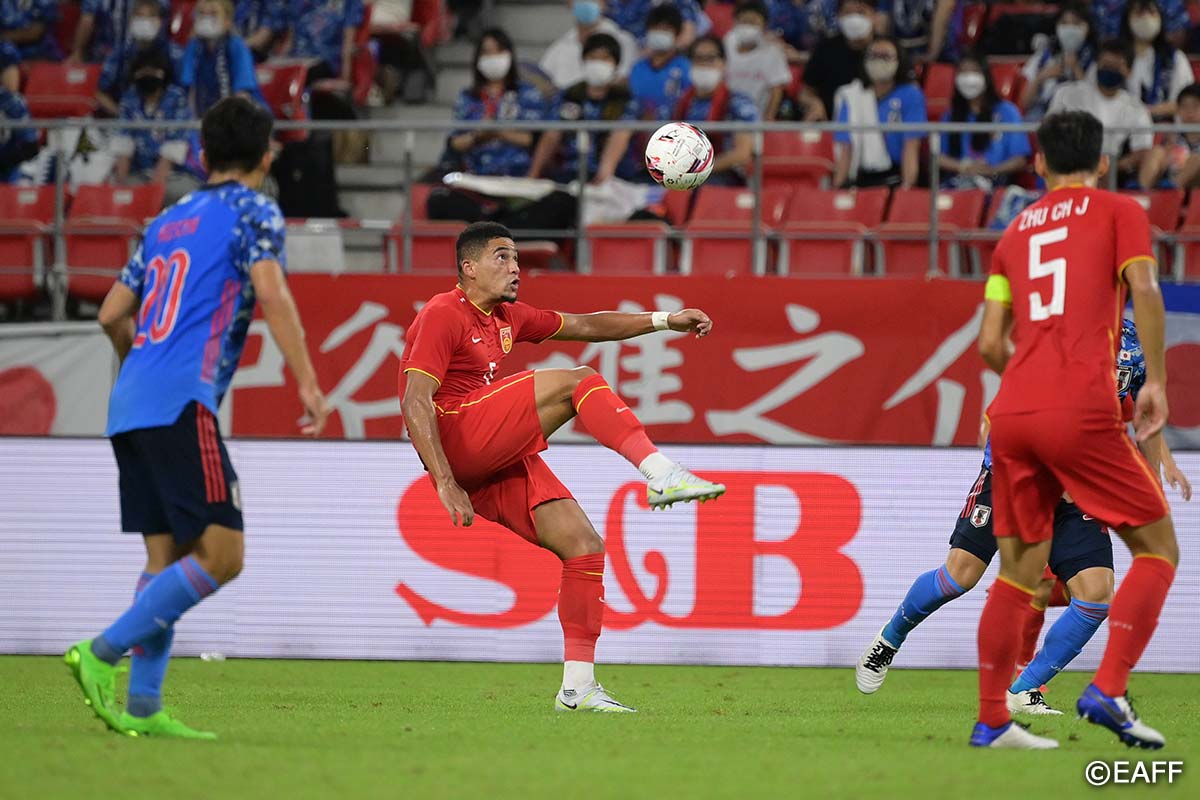 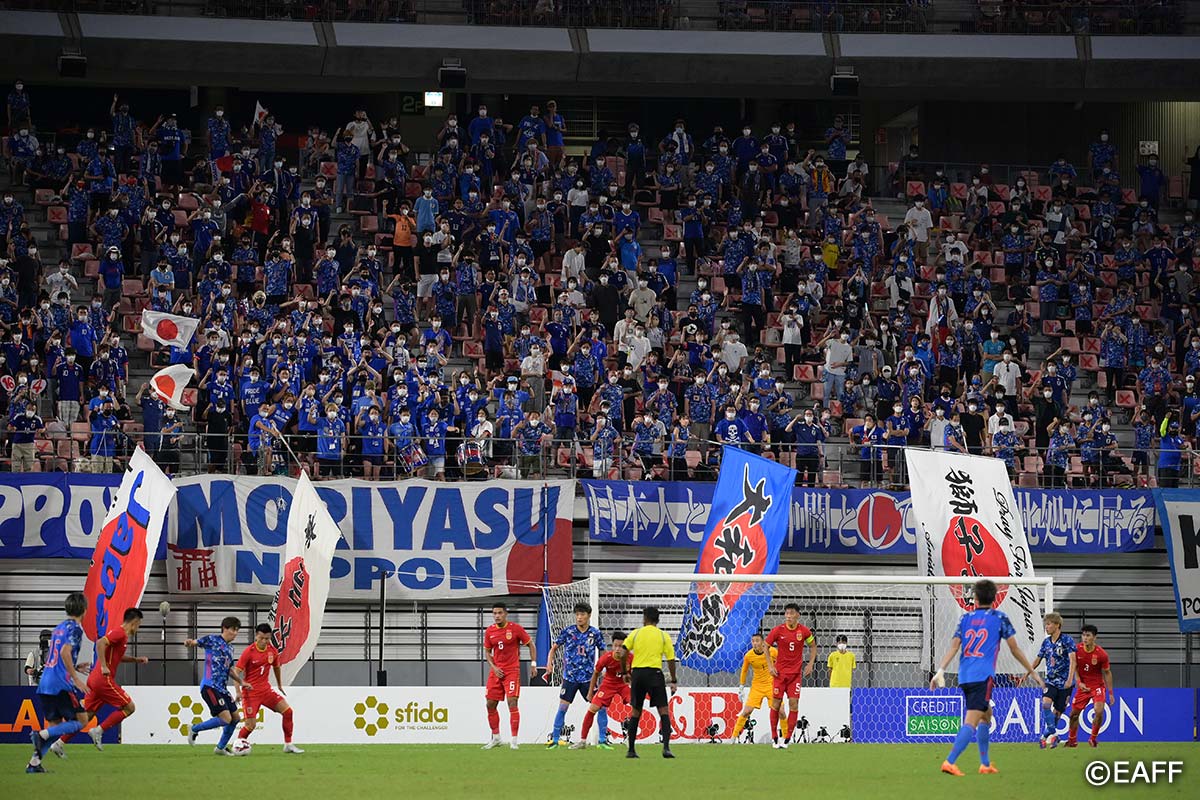 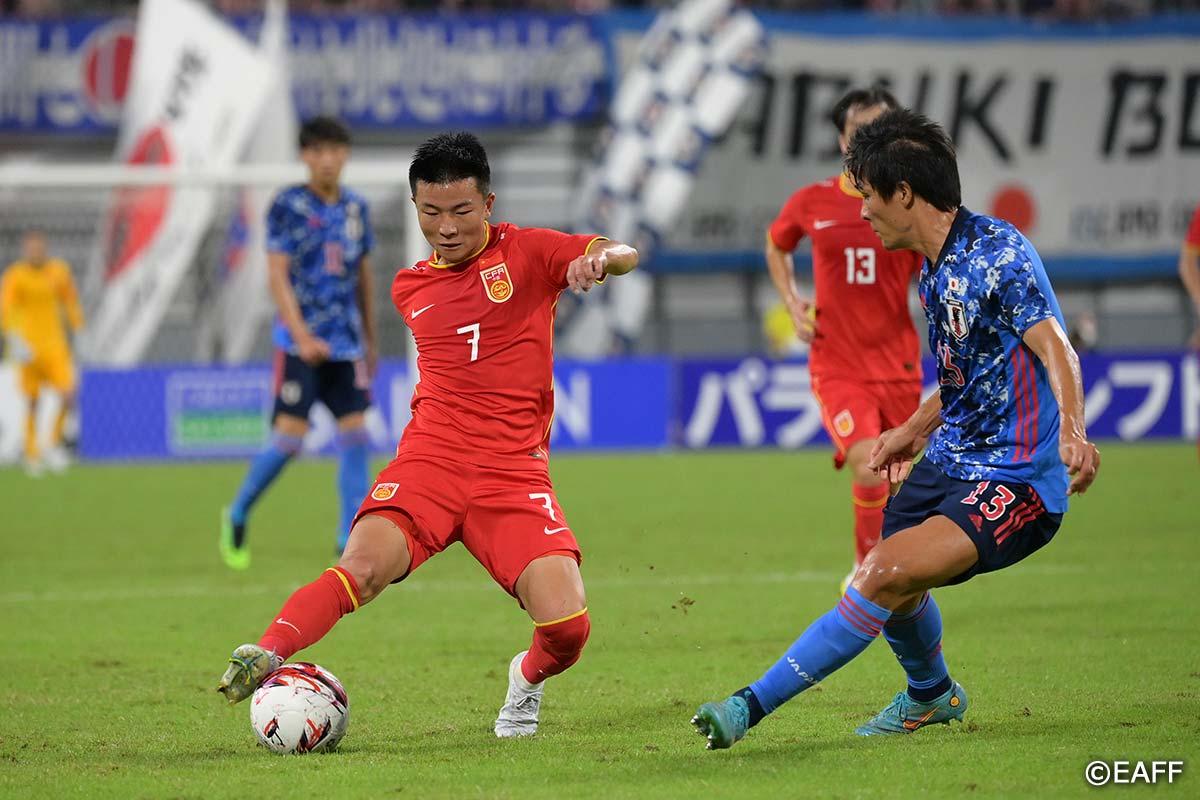 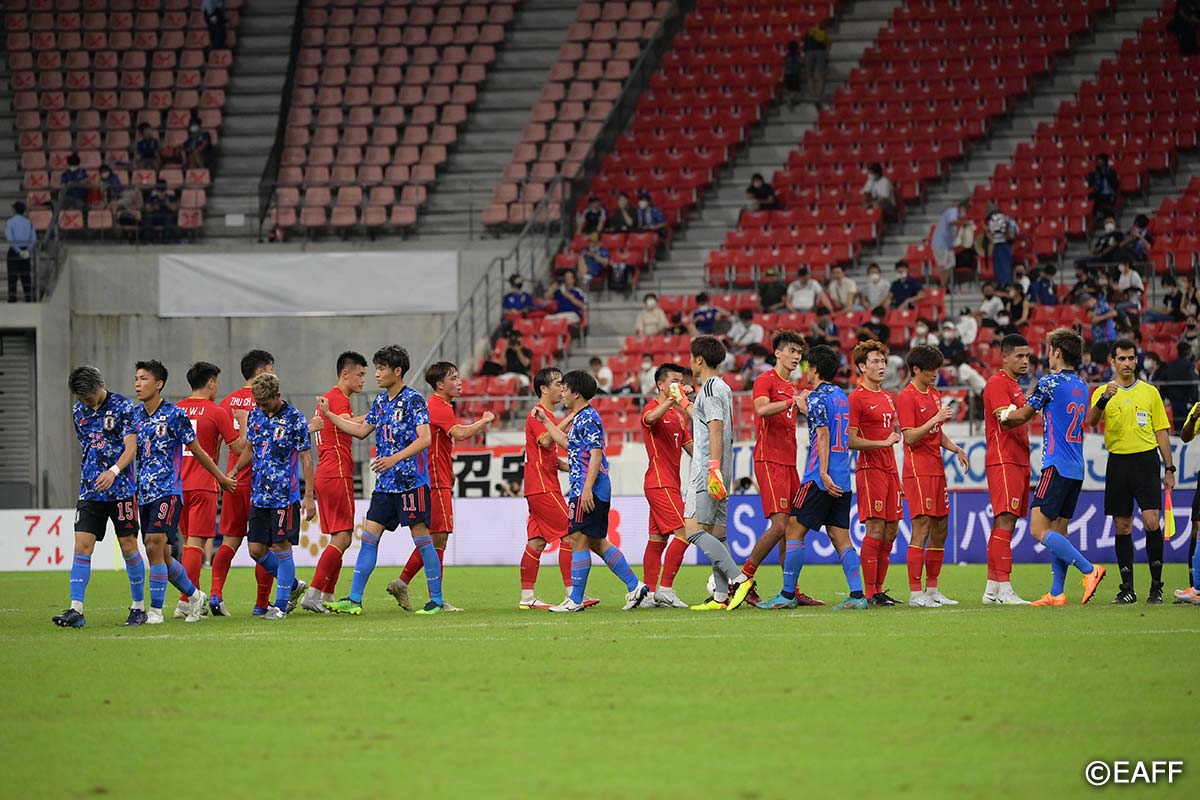 The second match of the fourth day of the EAFF E-1 FOOTBALL CHAMPIONSHIP 2022 FINAL JAPAN took place July 24th at Toyota Stadium between Japan and China PR.
China PR hit the pitch running. Shortly after the opening whistle, WEN JIABAO fired a shot from near the left penalty area, but was stopped by Japan goalkeeper OSAKO KEISUKE.
Japan had two corner kicks in the 6th minute from HASHIMOTO KENTO, but both failed to hit the target.
Three minutes later, WAKIZAKA YASUTO shot from the right side of the penalty area, but was denied by China PR goalkeeper HAN JIAQI.
WAKIZAKA YASUTO would get another scoring opportunity in the 16th minute but would again fail to capitalize.
Japan had many offensive opportunities, but could not secure a goal against China PR’s tough penalty area defense. In the 44th minute, MIYAICHI RYO set up MORISHIMA TSUKASA in the penalty area for a header scoring attempt, but the China PR goalkeeper HAN JIAQI made the save to secure a scoreless first half.