2011 EAFF U-15 Youth Tournament was held between 20th and 24th of July in Chinese Taipei. The competition opened between youth players who shoulder the future of East Asian football; finally Hong Kong became the champion of this year’s tournament. The championship of 2010 EAFF U-15 Democratic People‘s Republic of Korea, runner-up Hong Kong, host Chinese Taipei, along with Guam, Macao and the Northern Mariana Islands participated in this year’s competition. After winning the first four games in a roll, Hong Kong side beat the Chinese Taipei by a score of 1-0 and winning the competition with five straight victories. Best Referee was awarded to Mr. KUO Chan Yu from Taipei. In the first day of the competition, Hong Kong beat the defending champion DPR Korea. During the game, CHAN Ka Lok scored the only goal, help Hong Kong won with a final score of 1-0, revenge for last year 2-3 lost. Then, in the next competition with the Northern Mariana Islands, CHAN Wai Rico and LIU Ho Wang Brian gave a great first half performance and Hong Kong lead by 7-0 before the halftime. The four substitutes of second half from Hong Kong also scored, and finally they won by a large margin, 15-0. In the third competition, they face Guam and CHENG Siu Kwan scored five goals by himself alone, Hong Kong won, 16-2. Against Macao, WONG Philip, NO.10 from Hong Kong Scored a hat-trick, helped his side won by a final score of 8-0. In the final, the starter LAI Kak Yi scored in 23rd minutes, Hong Kong won the game by his only goal of the match. With a winning record, Hong Kong become the new champion, fully showed the results of their value the importance of youth team development. Though lost to Hong Kong, as the host Chinese Taipei had a great tournament. Starter WEI Mao-Ting scored 12 goals in five games, 6 of them comes from the game against the Northern Mariana Islands. LEE Hsiang-Wei also scored five in the same game, helped the team won, 18-0. After winning the first game, Taipei’s next opponent is Guam. With the consecutive hat-tricks from WEI Mao-Ting and LEE Hsiang-Wei, they won with a score of 14-1. Then, they won the match against Macao with 3-0 and beat DPR Korea, 2-1. Starter goal keeper TSAI Shuo-Che led the defensive squad and helped Chinese Taipei to give great performances to home spectators.

The 2010 EAFF U-15 Youth Tournament Champion DPR Korea during their game with Macao, PAK Yong Gwan, RYAG Sok Ju and ON Ryang Gi each scored two goals, won the game by a score of 9-0. Also, ten players scored a total of 22 goals in the game against the Northern Mariana Islands, scored 15 goals in the game with Guam, became the top scoring team with 47 goals. However, they lost games against Hong Kong and Chinese Taipei and received the third place. In 34th minutes of the first half against Hong Kong, YUN Kang Hyok received his second yellow card and was sent off by the referee, they played the rest of the game with only ten men. Under the leadership of the captain HAN Kwang Song, the whole team fight until the very end, but lost the game by one goal. Against Chinese Taipei, DPR Korea bounced back by scoring one goal when they were behind by 0-2; however they eventually fail to equalize the score. Team Guam have won two games during this tournament, was the best performance since participation in EAFF U-15 Youth Tournament. Team Guam beat Macao by Nathan Meno CAMACHO’s goal. Though afterwards lost to Chinese Taipei and Hong Kong by a large margin, in the Mariana Derby with the Northern Mariana Islands, Philip Jude OGO and Napu Nicholas Cruz scored for Guam in the first half; Team Guam scored again in the second half, and won the match with 3-0. Though lost to DPR Korea with a score of 1-15, did not finish this tournament strongly, but players like Nathan Meno CAMACHO gave great performance for the team is a thing to celebrate in itself. Macao with five loses came last. Compare to fourth place Guam who conceded 45 goals, fifth place the Northern Mariana Islands who conceded 59 goals, Macao only conceded 23 goals, and its defense is relatively stable. Surprisingly lost first game to Guam by 0-1, then lost to Democratic People’s Republic of Korea, 0-9. Lost to Chinese Taipei 0-3 and lost to Hong Kong 0-8. Though De Almeida SAOKHAM HERNANDES broke the dead lock in the last game by scoring the only goal for Macao in the tournament, Macao failed to won the game with a 1-2 lost against the Northern Mariana Islands. Scoring ability and the ability to play in crucial moment are two biggest weakness of Macao which has to be addressed and developed in the future. 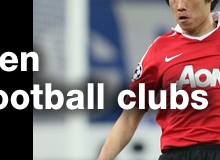