In the battle field of the AFC Champions League, there are still members of country from East Asia Football Federation (EAFF) alive. Two clubs from Korea Rep., JEONBUK HYUNDAI MOTORS and SUWON SAMSUNG BLUEWINGS advanced into the semi-finals. In the final, JEONBUK HYUNDAI MOTORS was all evened with Qatar’s AL SADD after 120 minutes of playing time with a score of 2-2. Al SADD won the game through penalty shootout. Since JEONBUK HYUNDAI MOTORS won the AFC Champion in 2006, URAWA REDS (Japan), GAMBA OSAKA (Japan), POHANG STEELERS (Korea Rep.) and SEOHGNAM ILHWA CHUNMA (Korea Rep.) have achieved five consecutive champions of EAFF members. Now this record is broke, the strength of East Asia teams is still at the top of Asia. In the 19th minutes of finals first half, ENIO Oliveira Junior’s free kick gave the JEONBUK HYUNDAI MOTORS ’s the lead. But their own goal and AL SADD’s forward KADER KEITA Abdul’s goal helped AL SADD reversed the score. Thirty one goals in eleven games, JEONBUK HYUNDAI MOTORS equalized the score in second half; let the game into extra time. Most important player LEE Dong Gook was affected by injury, wasn’t at his best, but still showed his quality in attacking. However, both team failed to score; the game went into the penalty shoot-out. JEONBUK HYUNDAI MOTORS mid-fielder KIM Dong Chan’s penalty was blocked by AL SADD’S goal keeper, AL SADD’s player LEE Jung Soo’s shoot hit the crossbar and out. Soon afterwards, PARK Won Jae’s left shot was blocked by AL SADD’s goal keeper one handed, eventually JEONBUK HYUNDAI MOTORS lost to AL SADD with a final score of 2-4, did not accomplish their goal which is winning AFC Champions League once more. After the game, manager CHOI Kang Hee expressed: “I feel regretful of not being able to win. We had home court advantage; lots of supports gave us strength. Players did their best.” (Interviewed excerpt from KFA) LEE Dong Gook won the MVP award with nine goals. SUWON SAMSUNG BLUEWINGS lost to AL SADD in the semi-final. In the first game of their semi final, SUWON SAMSUNG BLUEWINGS lost with a score of 0-2, in the 7th minutes of second game, mid-fielder OH Jang Eun scored for them, let the team see the hope of equalizing the score. In the quarter-final with ZOB AHAN, also when the score was 1-2, YANG Sang Min’s header in the second half gave them the equalizer. In the 9th minutes of extra time, defender MATO Neretjak won a penalty and scored, eventually won the game for SUWON SAMSUNG BLUEWINGS . They hope that they can do the same again in the semi-final; however, it didn’t turn out good for them this time and they lost the series with final score of 1-2.

The most important factor of why SUWON SAMSUNG BLUEWINGS was in the semi-final is their never giving up spirit. They become first in the group game with three won and three draw, in the final 16th game, they beat the J-League Champion NAGOYA GRAMPUS with 2-0. Falling behind first in both of the game against ZOB AHAN, finally won through the overtime and went into the final. This team who won the FA Cup of Korea Rep. for the last two years keeps their exertion of good form on tour format. The team recruited the goal keeper from Korean National team JUNG Sung Ryong. Added LEE Yong Rae and MATO Neretljak kind of veteran players made them closer to the AFC Champions league trophy more than ever. According to official website of SUWON SAMSUNG BLUEWINGS , the head coach YOON Sung Hyo expressed great confidence on his team, he believes whoever their opponent maybe, his team will play to their strength and advance into the final.

Another Korea Rep. team FC SEOUL also went into the quarter-final. In the group stage, FC SEOUL led NAGOYA GRAMPAUS, was the first place in their group. In the final 16th game, they beat KASHIMA ANTLERS with 3-0; let the world see just how good this 2010 K-League champion can be. Among Japanese Teams, CEREZO OSAKA’s record was the best. This is the first time AFC Champions League appearance for CEREZO OSAKA and they encountered GAMBA OSAKA. In the “Osaka Derby’, CEREZO OSAKA claimed the victory with TAKAHASHI Daisuke’s goal. However, in the quarter-final against JEONBUK HYUNDAI MOTORS , though Japanese national team player KIYOTAKE Hiroshi scored two goals in the first game, helped the team won their first leg of the competition, but lost big in the second leg with a score of 1-6, finished their first trip of AFC Champions League. 2010 J-League Champion NAGOYA GRAMPUS was lack of attacking power and lost in the final 16 stage. Japanese team failed to advance to the semi-final in two consecutive years. Among Chinese teams, 2010 China Super League (CSL) champion SHANDONG LUNENG FC; SHANGHAI SHENHUA FC and HANGZHOU GREENTOWN FC all failed to advance from their respective groups. TIANJIN TEDA FC became the only team who went into the final 16th stage. They faced JEJU UNITED in the final 16th game, in the 10th minutes of second half, YU Dabao scored for TEDA, contributed to the final winning result. In the home game against JEJU UNITED, Luciano OLGUIN and WU Weian scored in the first half for TEDA and the team eventually won with 3-0. In the group stage, TIANJIN TEDA was the second place with three wins, 1 draw and 2 lose, because starter CHEN Tao and others were suspended for cumulative yellow cards, their strength were weakened, lost to JEONBUK HYUNDAI MOTORS in the final 16th stage. In the year of 2012, the first time promoted CSL team “GUANGZHOU EVERGRANDE” who is the champion of CSL 2010-2011 season with a record of 20 wins, 8 draws and 2 lose will participated in AFC Champions League. How will they do? Let’s wait and see what happens. 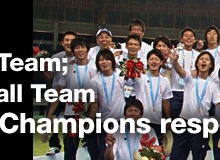 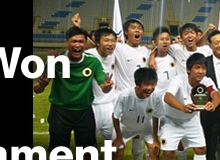 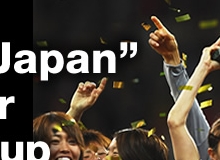 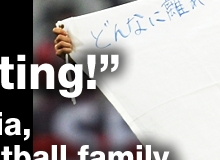 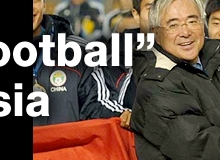